Jim Kellermann’s 90th minute strike snatched a point for The Shots on a tumultuous afternoon at York Road.

Aldershot Town twice led in a game which matched the passionate, lively atmosphere on the terraces, only to fall behind late on and restore parity in appropriately dramatic circumstances.

Maidenhead created the first opportunity of the game, as Pritchard’s free-kick nearly dropped to Odametey, but The Shots made a positive start and were ahead on 16 minutes. Another superb diagonal pass from Will Evans invited Scott Rendell to direct a header across the goalmouth and Kellermann slid the ball over the line from a couple of yards.

The lead lasted just two minutes, though, as Adrian Clifton was played in down the left side of the box by Pritchard to chip a shot over Jake Cole.

On 25 minutes, goalkeeper Pentney made a fine save from Robert’s hooked volley – albeit with the offside flag raised – and the Frenchman’s influence on the game grew with another two half-chances. Rendell’s header dropped just wide of goal and The Shots retook the lead on 42 minutes. Callum Reynolds’ strength and composure launched a counter-attack down the right in which Robert and Fenelon interchanged passes, and the cross to the near-post was directed past Pentney by McDonnell’s glancing header.

Half-time substitute Dean Inman served immediate notice of his aerial threat, and another long throw saw him equalise with a glancing header on 63 minutes.

Clear opportunities from open play were scarce – despite ample endeavour – but, as Maidenhead forced a second consecutive corner, referee Mr Bramall spotted a handball and Harry Pritchard’s 85th minute penalty seemed to have given United the three points.

Until, however, the 90th minute, when James Rowe clipped in a cross from the left and found Rendell battling for possession. The lay-off to the onrushing Kellermann was perfect for him to fire a shot in off the post right in front of the 700 boisterous, colourful Shots fans. 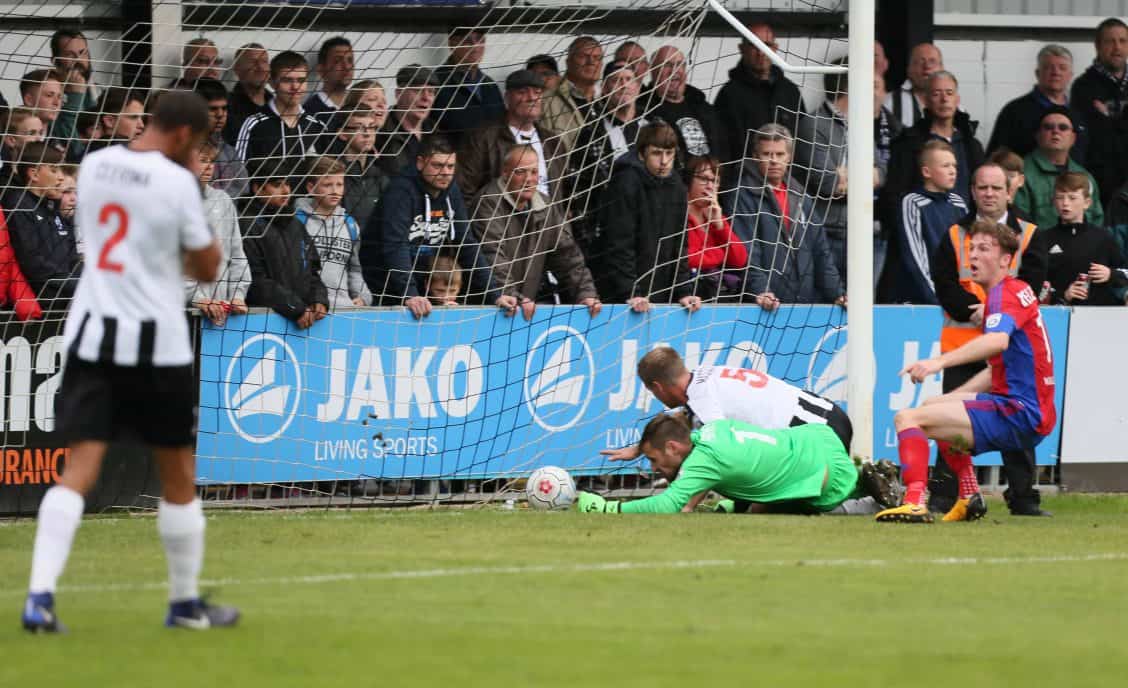 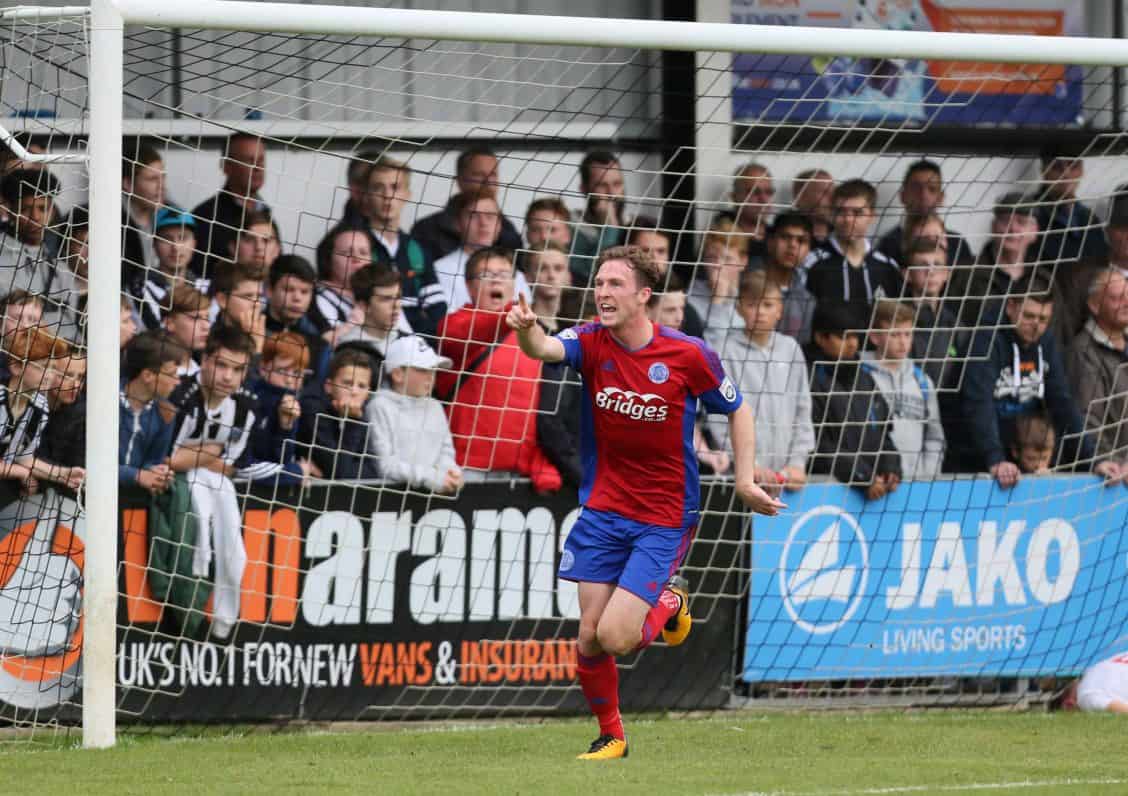 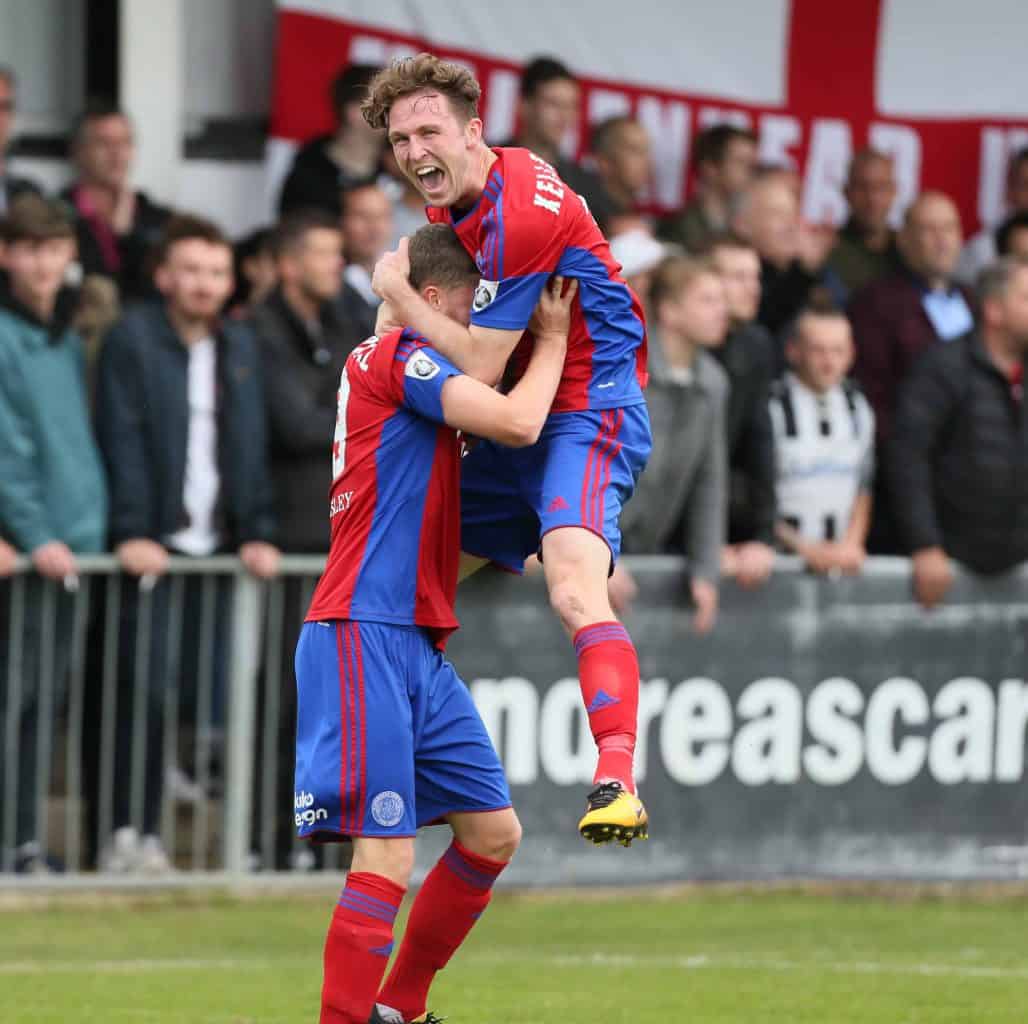 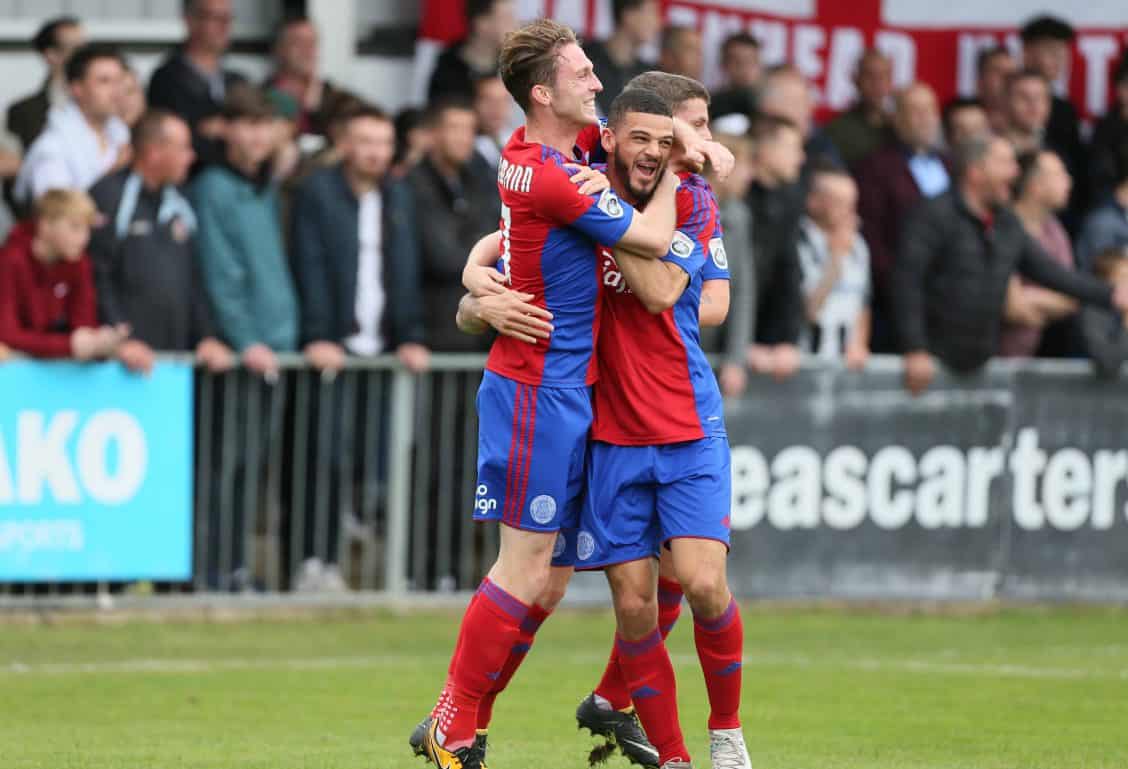 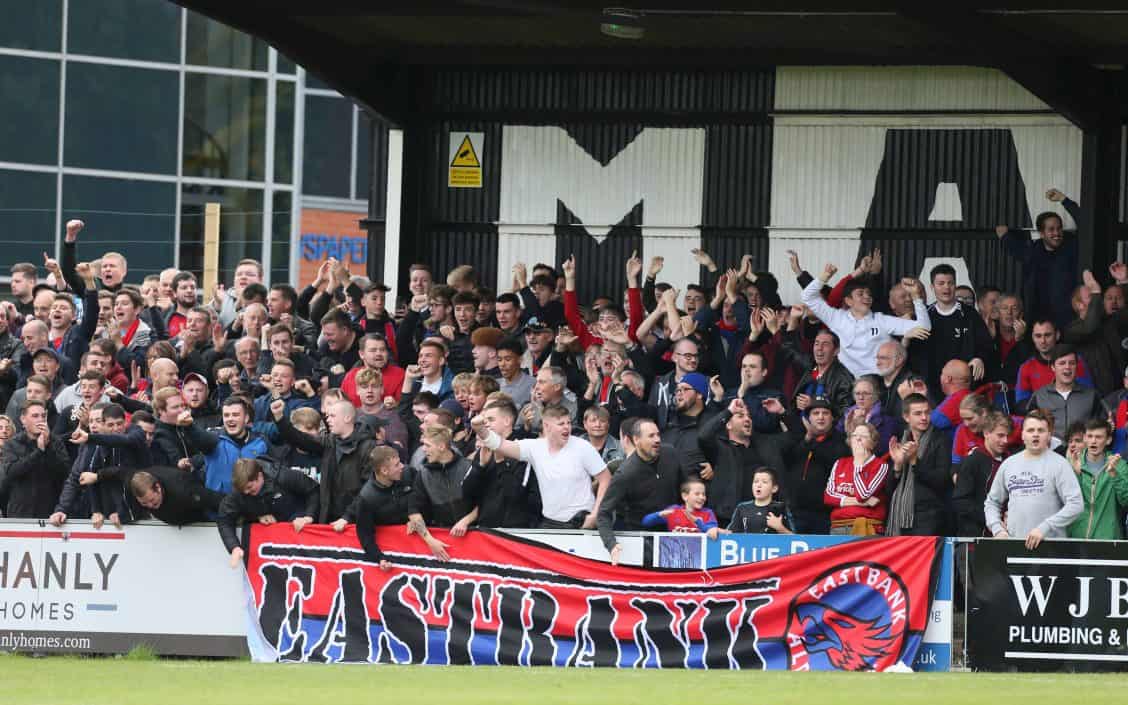 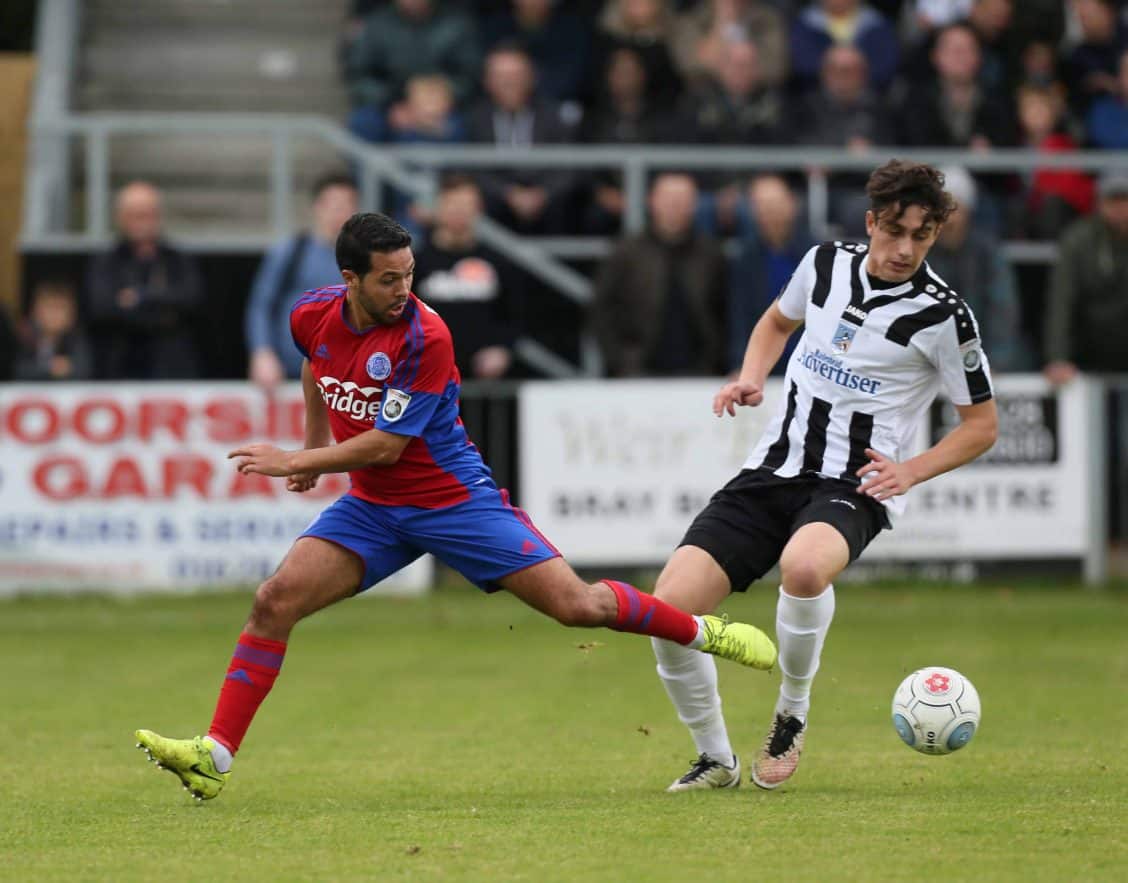 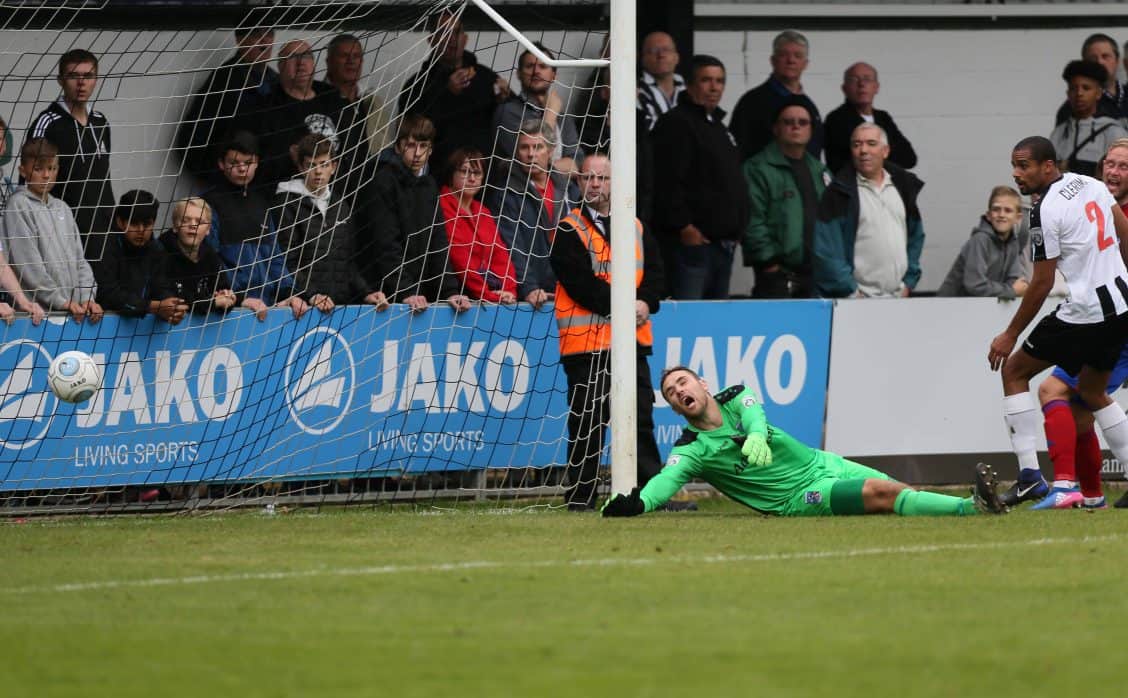 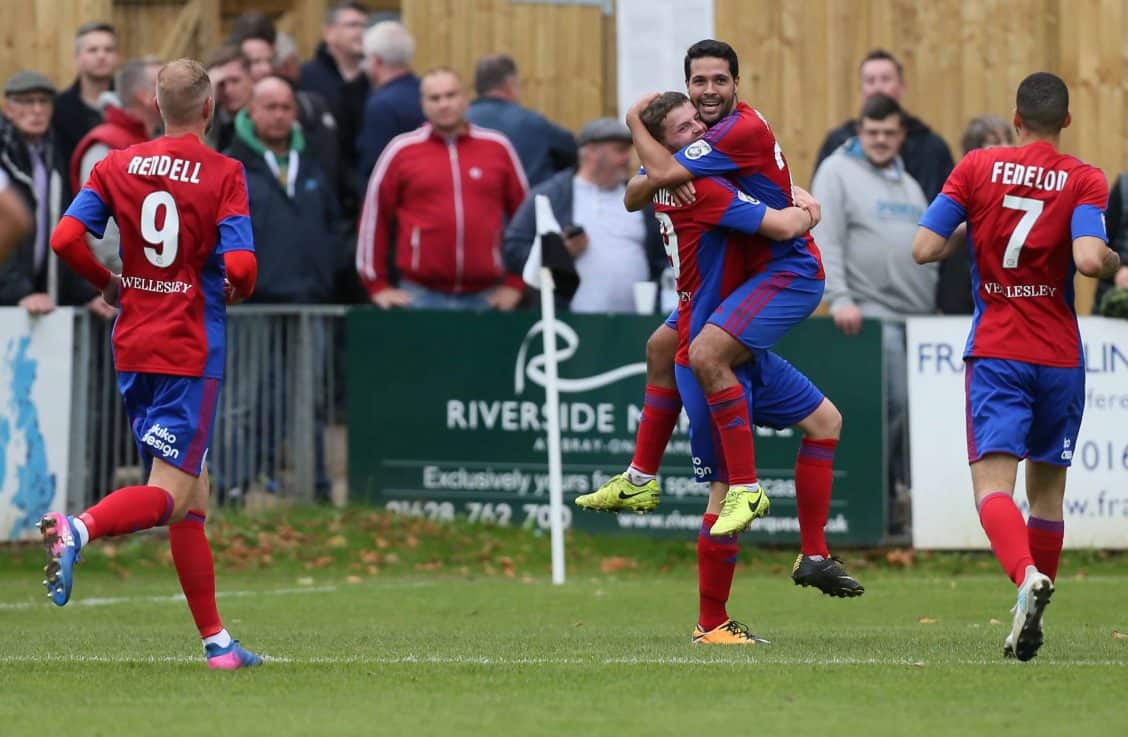 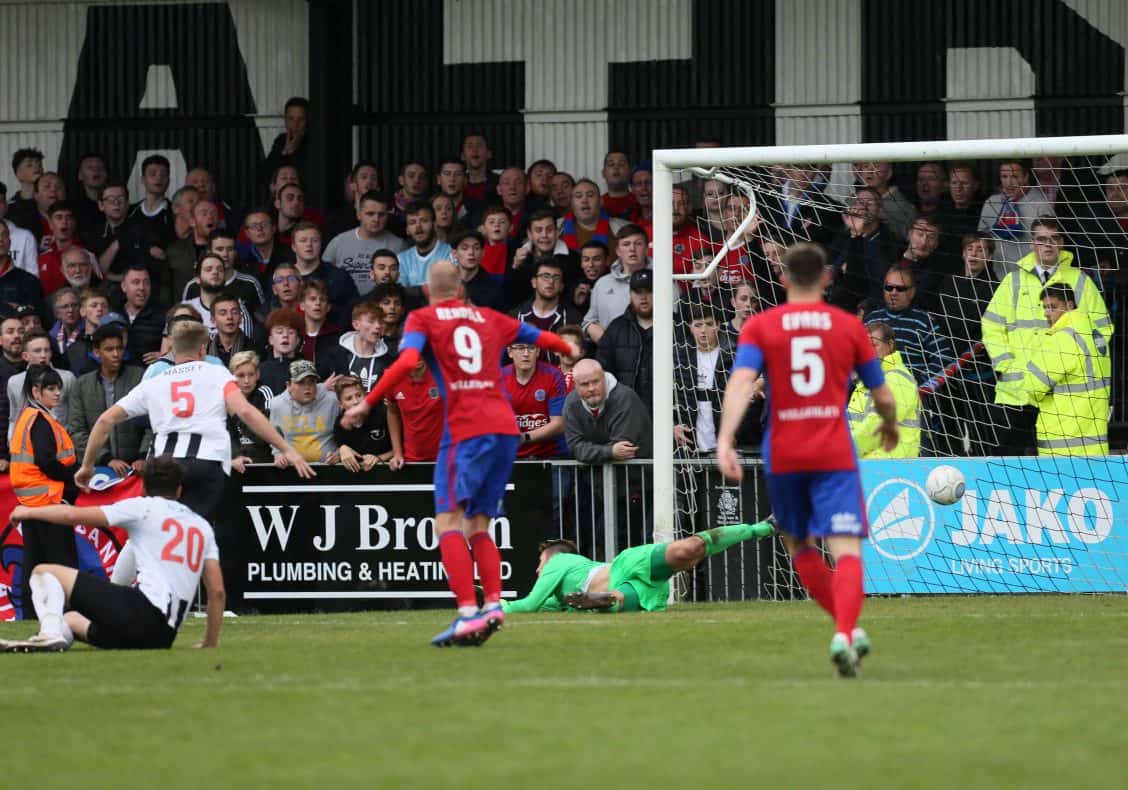 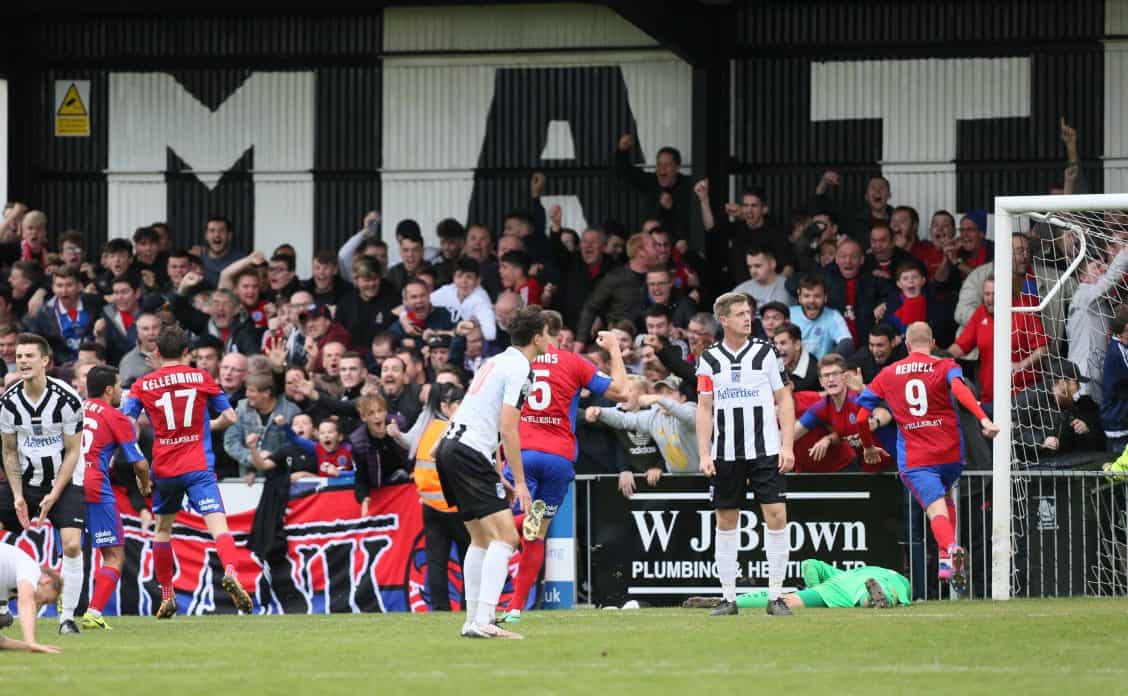