The National League has much pleasure in announcing the appointment of Michael Tattersall to oversee the continued development of the Competition.

Michael took up his new duties on Monday, in a new role of Chief Executive Officer being based at the Competition offices in Birmingham.

He joins The National League after almost 12 years at the Football League, where he was Deputy Operations Director and will bring a wealth of experience from that role. Prior to that he held several executive posts within the sporting world. 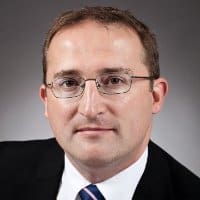 Michael is well known to the Board and executive staff at The National League, and his appointment has been well received, with Chairman Brian Barwick, commenting: “Recruiting someone of Michael’s experience is confirmation that along with the rebranding of the Football Conference to The National League this year, this demonstrates our aspirations and ambitions. We welcome Michael and I am sure our member clubs will look forward to working closely with him to enhance our position within the game.”

In response, Michael stated: “I am delighted to join The National League at this exciting time in its development as a football competition. I am grateful to have been offered this opportunity and will be working hard with my colleagues on the Board to build upon the successes and strengths of the organisation.”