Aldershot Town came within inches of snatching a point at Kingfield but ultimately Woking’s two first-half goals were enough to earn three points. 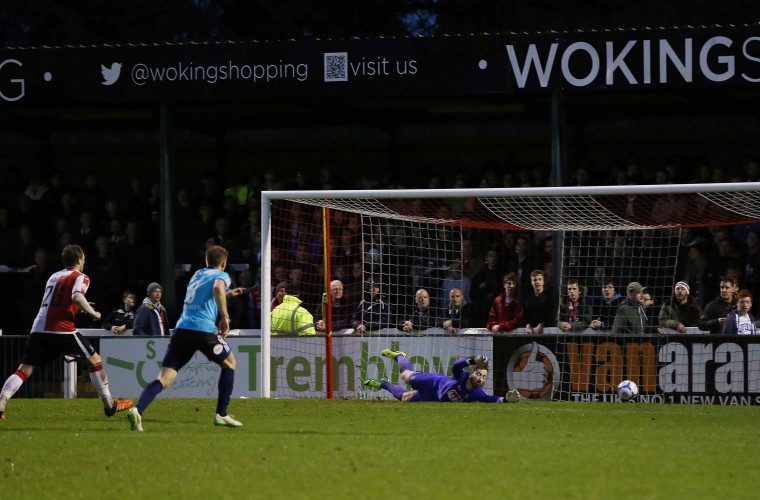 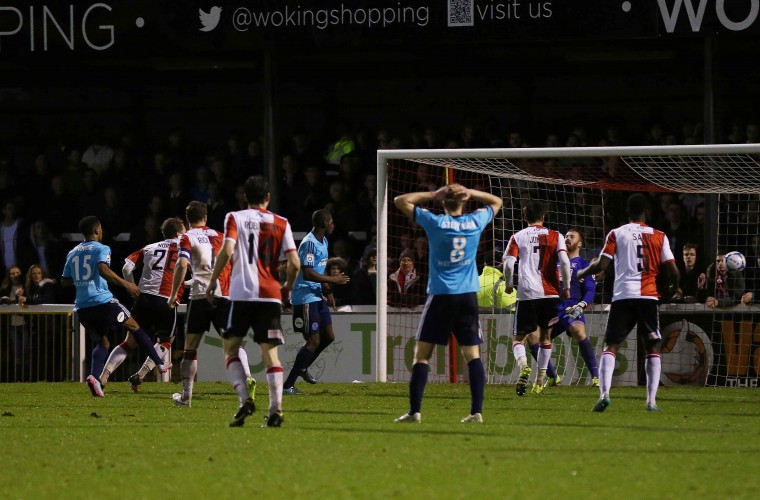 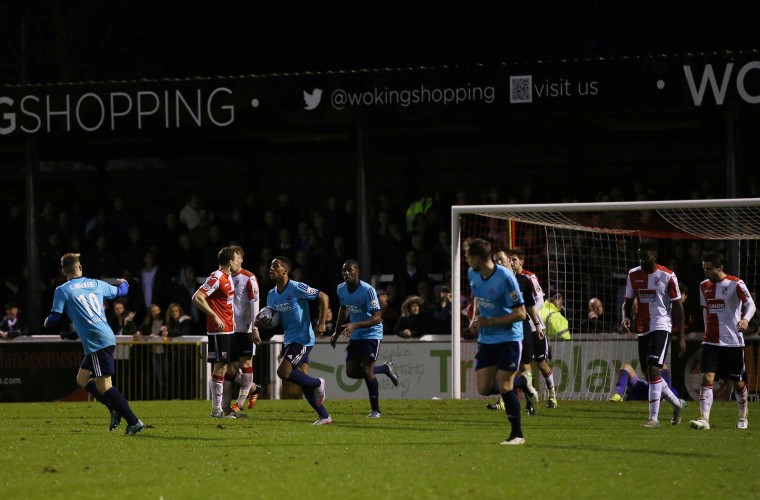 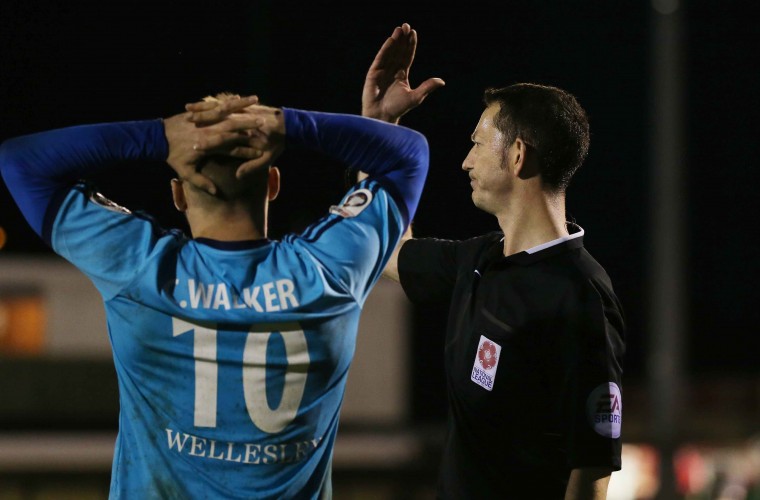 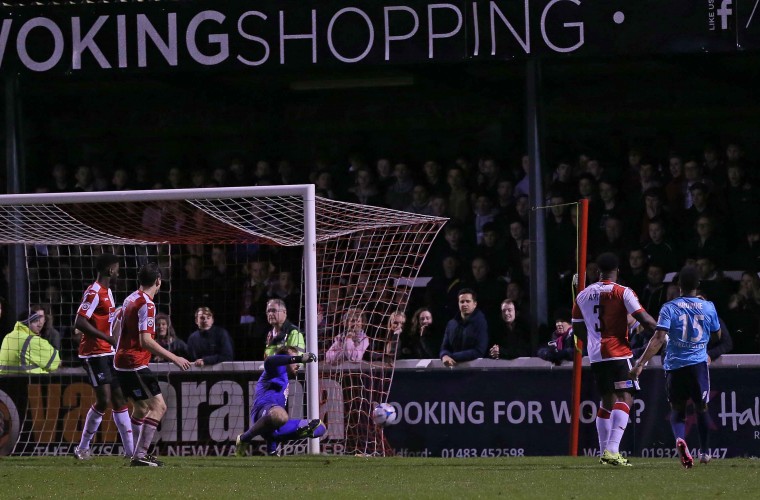 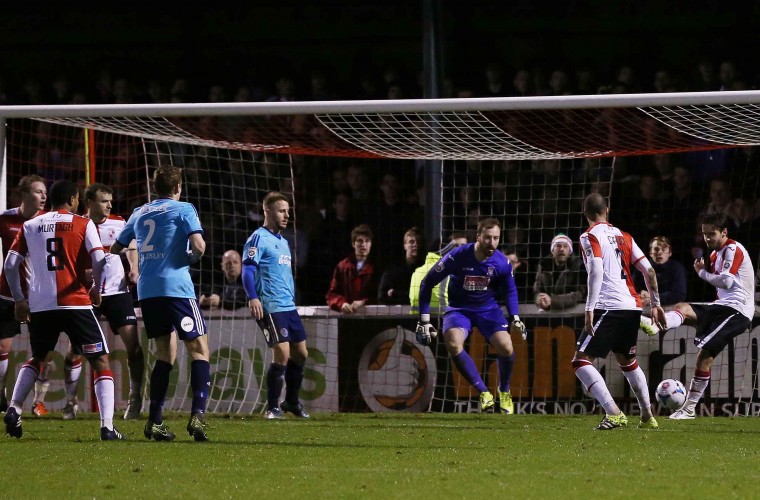 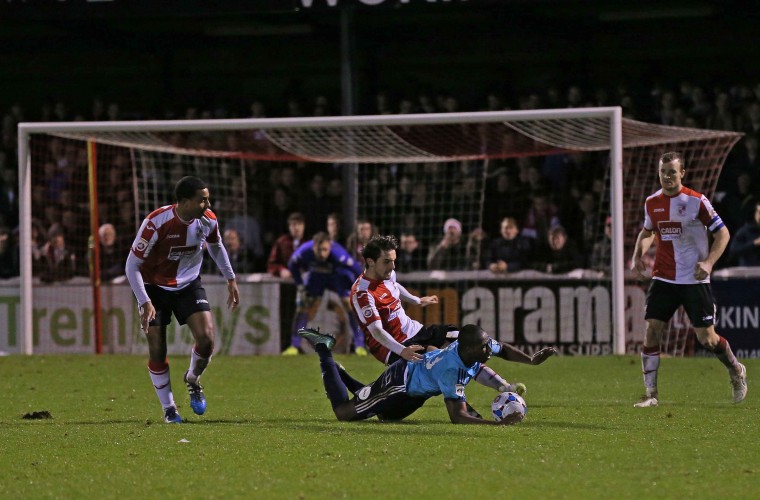 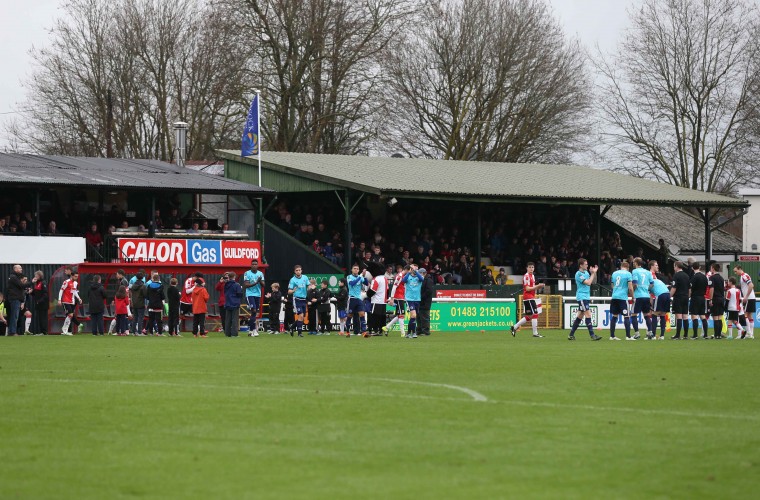 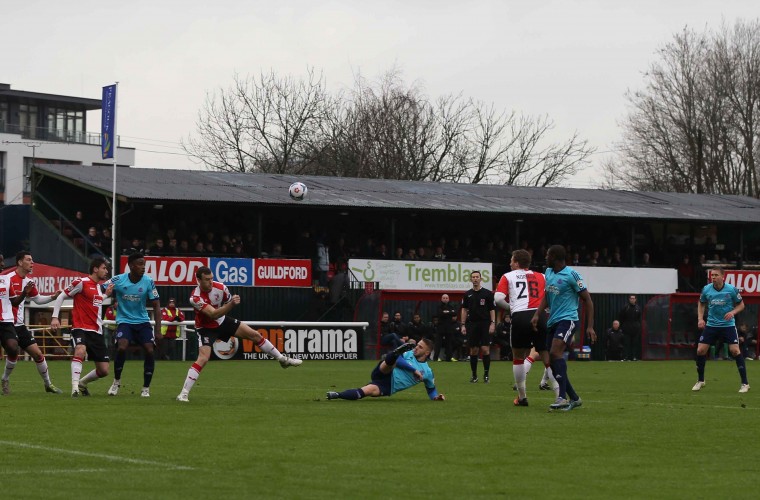 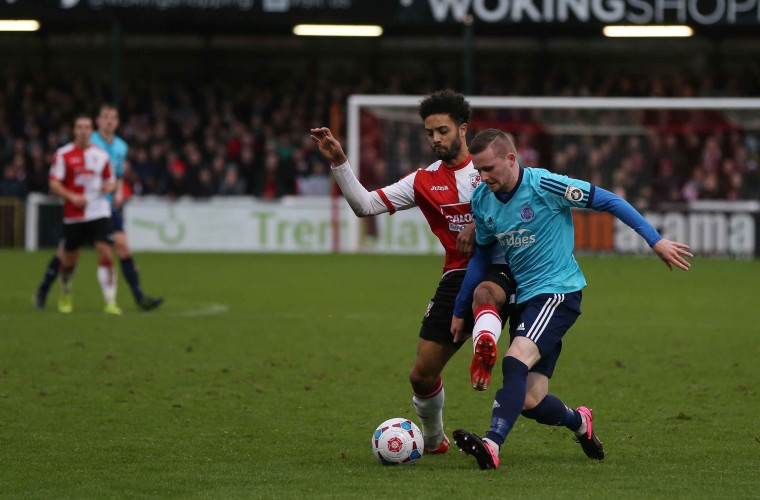 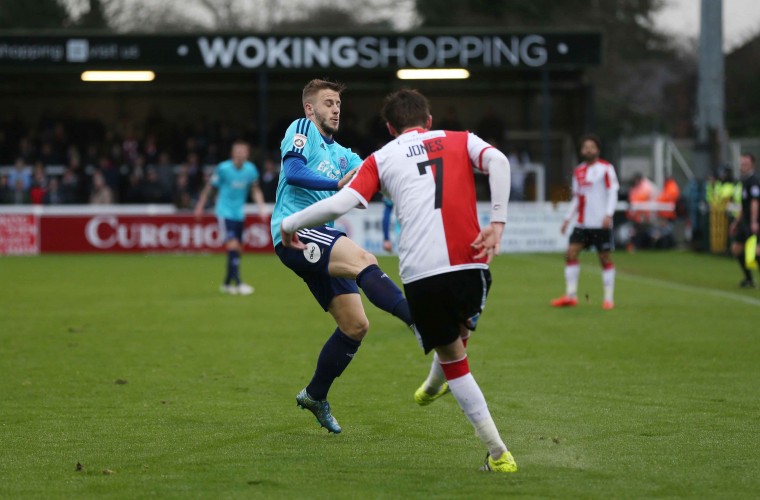 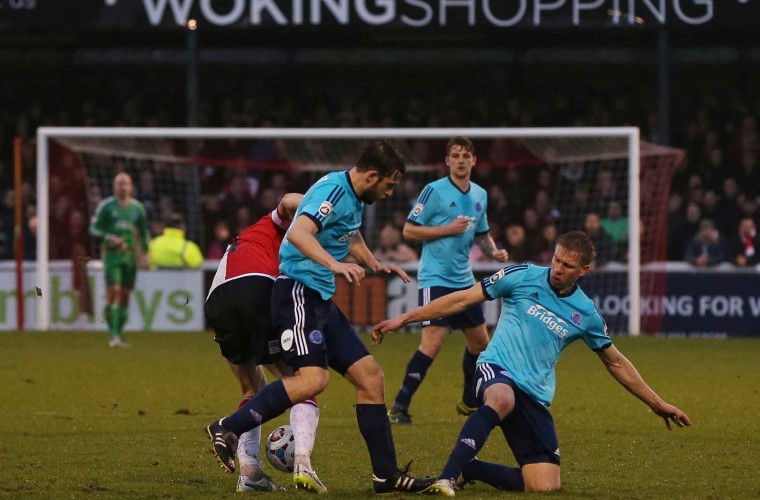 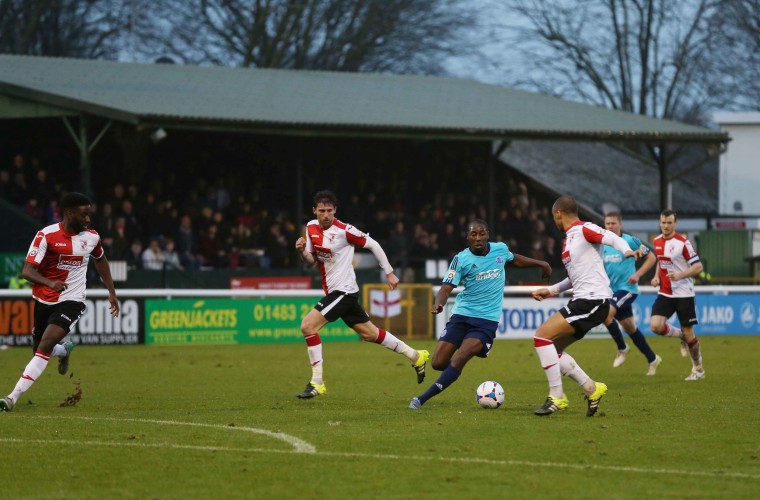 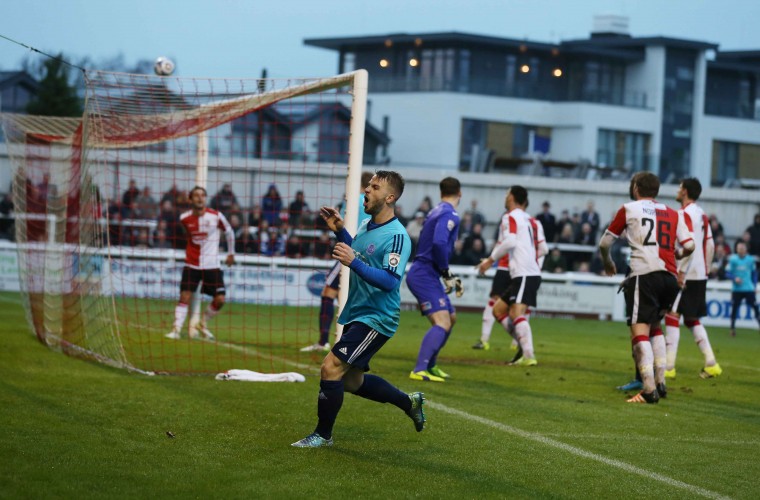 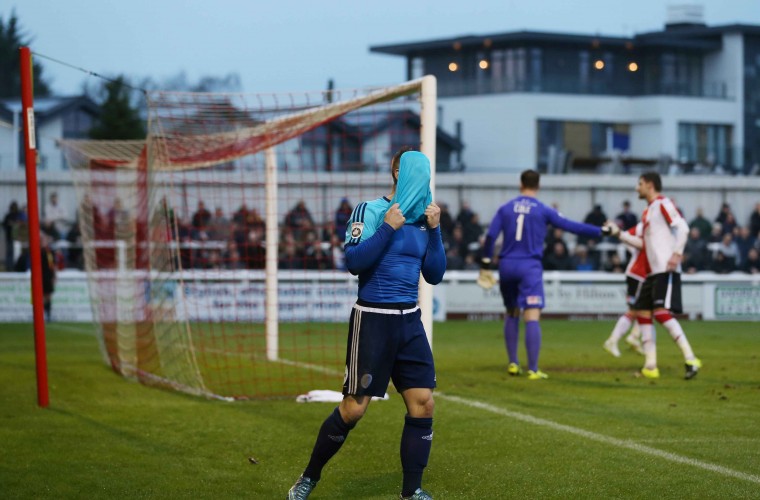 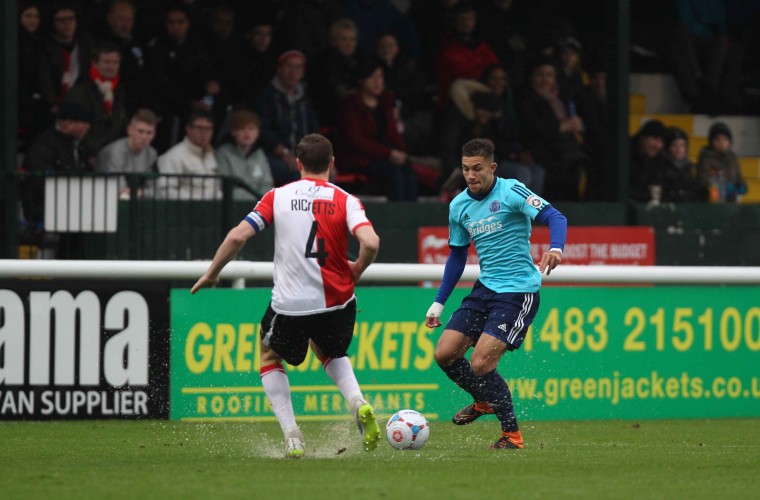 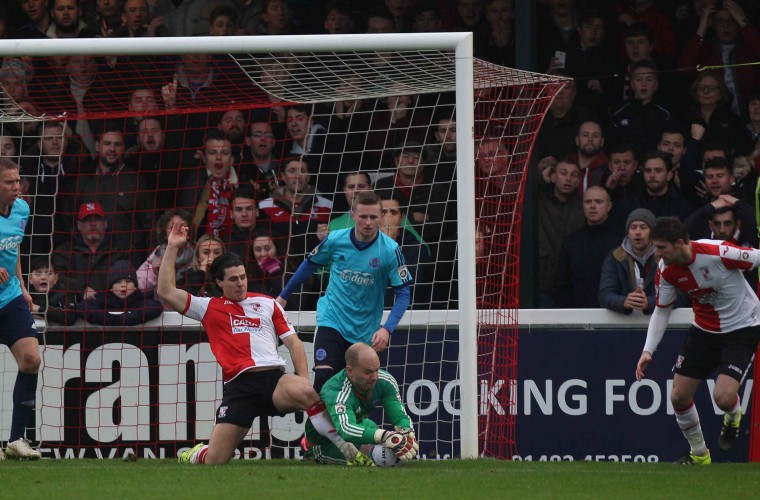 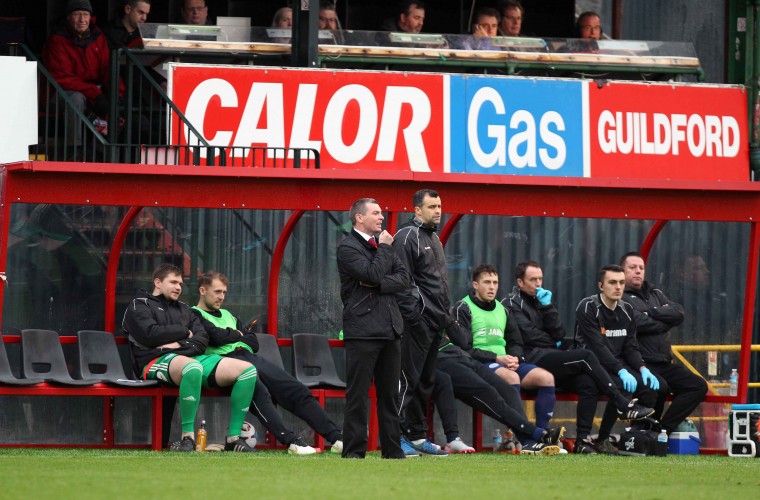 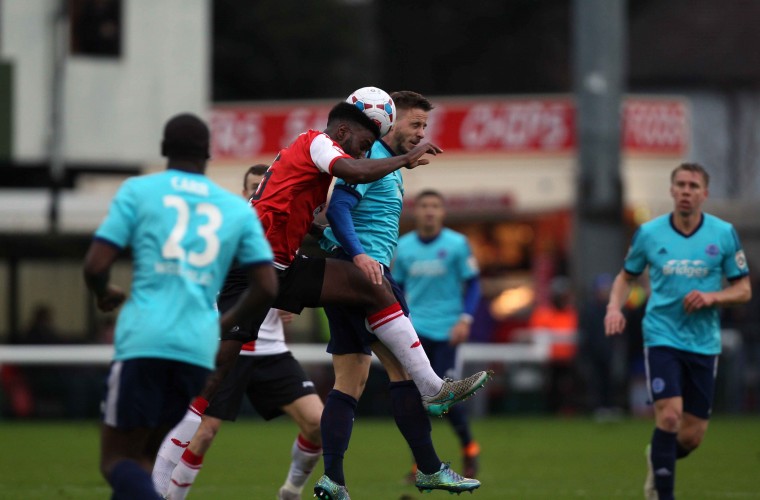 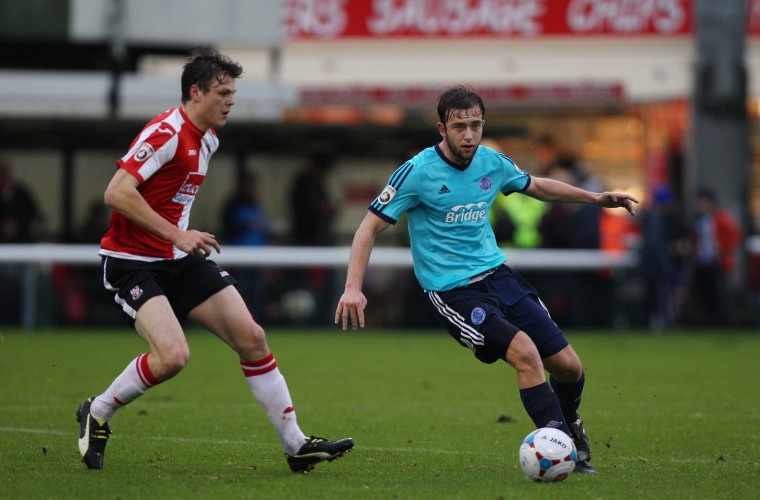 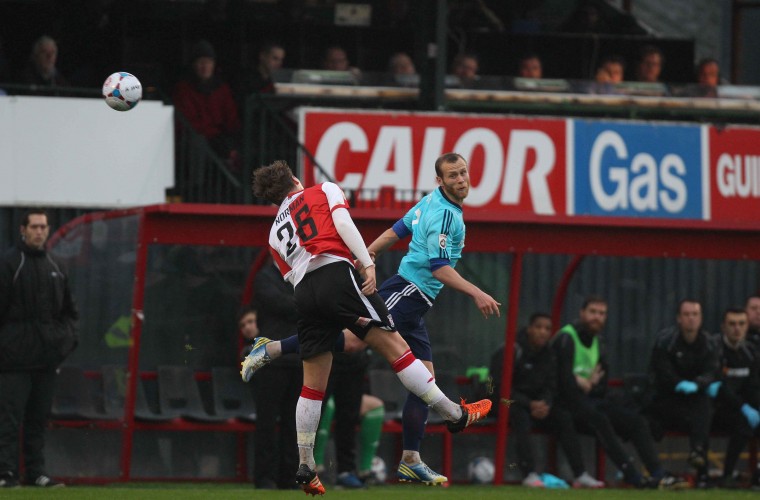 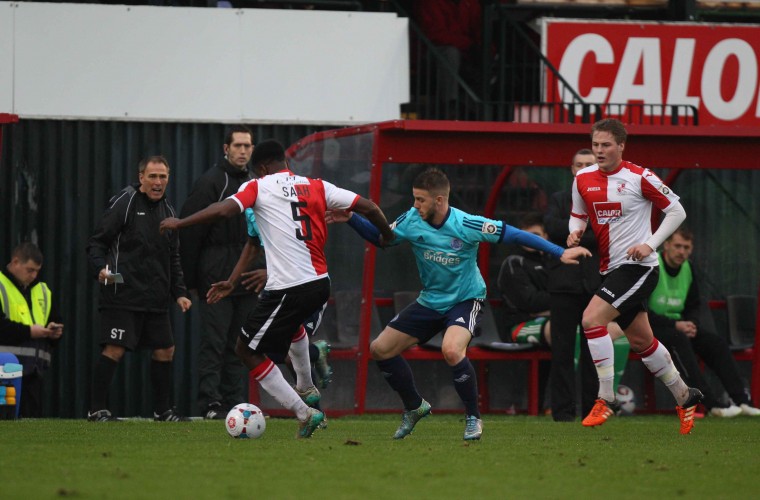 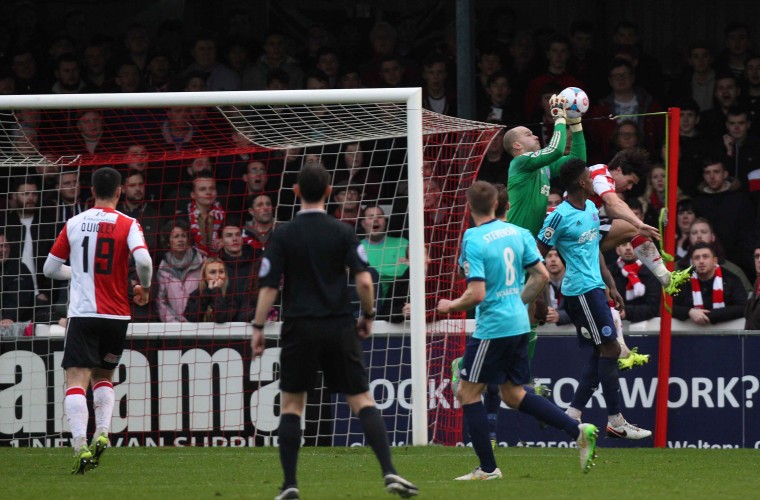 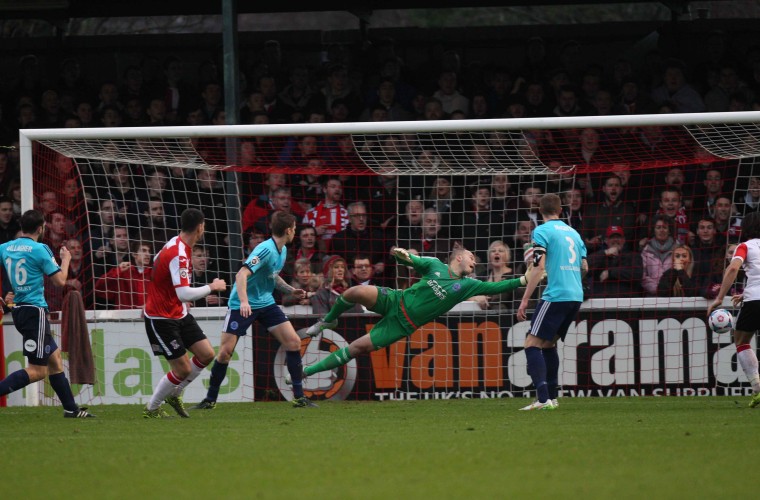 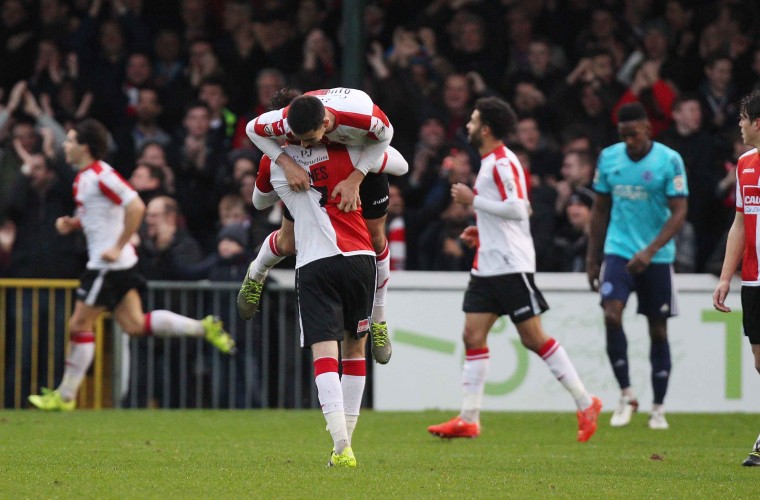 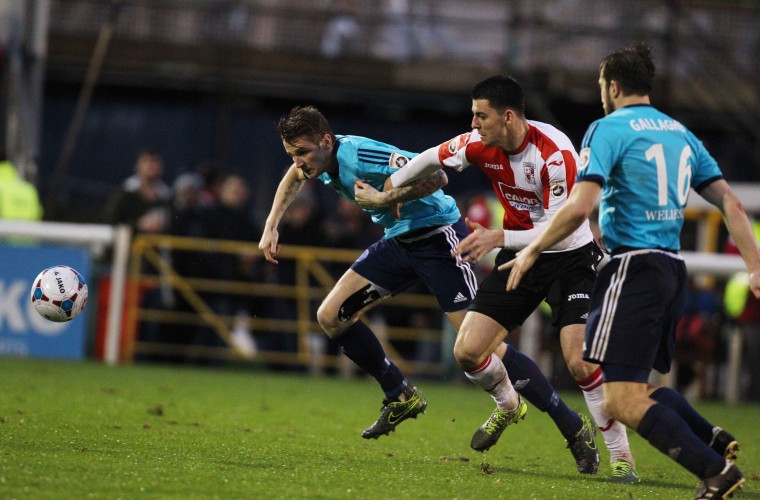 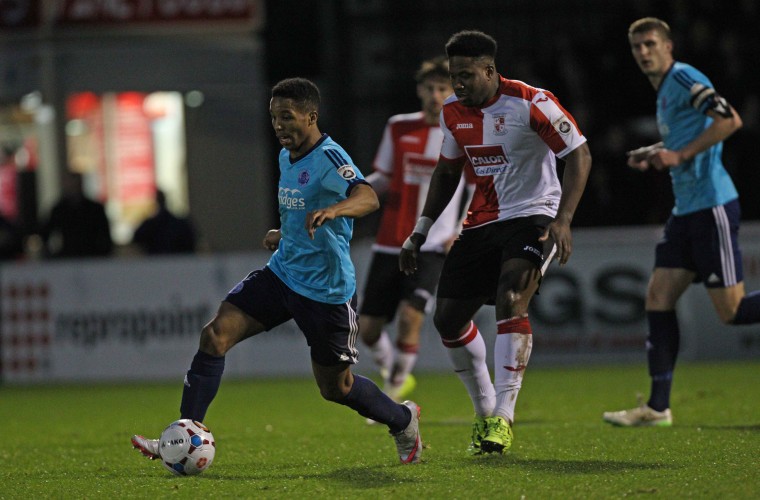 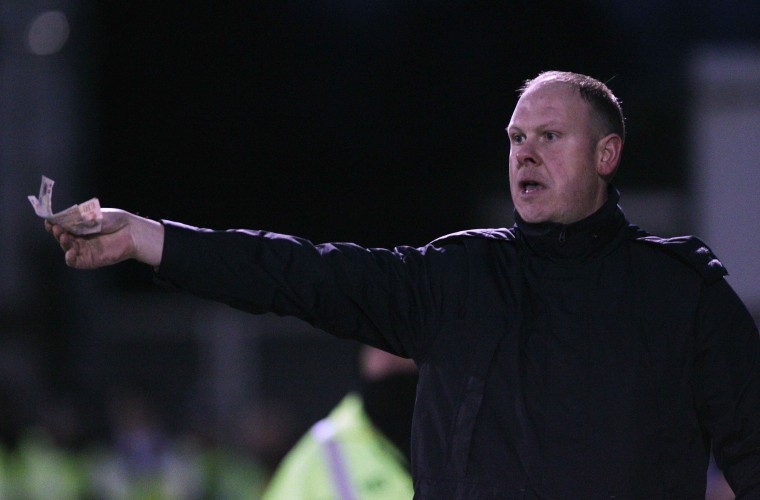 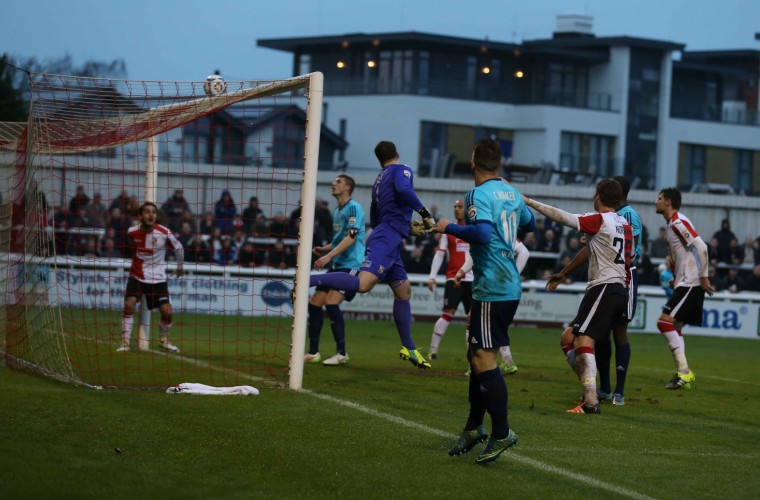 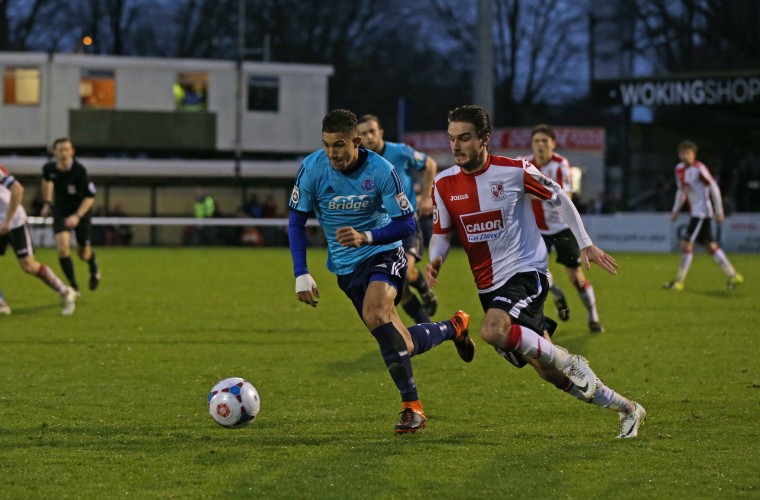 Rhys Browne’s strike launched a grandstand finish for The Shots, and Charlie Walker hit the crossbar in the final minutes, yet The Cards held on to do the Derby Day double.

Despite a rash of cheap free-kicks and offside decisions in the opening exchanges, both teams created good chances. Danny Carr’s shot flew just over the stanchion from Charlie Walker’s lay-off, whilst at the other end Joey Jones’ header was cleared off the line.

Walker and Jim Stevenson both went close for The Shots from long-range but, on 25 minutes, John Goddard – scorer of the winner on Boxing Day – created the opening goal for Joe Quigley. Bursting past Cheye Alexander, his low pull-back was swept into the net and Woking were ahead.

Almost immediately, Walker curled a snapshot wide and then, from a cross by substitute Dan Walker, saw his punchy header saved well by Jake Cole. Dan Holman could have done better with an acutely-angled cross-shot which found the side-netting, and Phil Smith produced a superb save to tip Goddard’s 25-yard free-kick over the bar, but in the final minute of the half The Cards doubled their lead.

Quigley won a flick-on and, amidst appeals for offside against Goddard, Holman or both, the former ran on to slot a composed finish into the net.

The second-half began slowly, with two wayward efforts from Matt Robinson, and Dan Walker’s cross nearly sliced into his own net by a home defender. Charlie Walker pulled a 15 yard shot across goal and just wide, before Carr’s shot was deflected for a corner from which Joe Oastler headed over.

Suddenly, on 74 minutes, The Shots had a lifeline. Stevenson’s shot was parried by Cole but the goalkeeper was left wrong-footed by Browne’s follow-up in the midst of a crowded penalty area, and the visitors’ tails were up. Carr headed wide and, on 87 minutes, another Browne shot ricocheted behind for a corner. From the deep delivery, McGinty’s downward header caused a scramble on the edge of the six-yard box and from the melee Walker’s rising drive hit the crossbar.

Woking were hanging on but, with Browne fouled on the edge of the box and Carr shooting over with the last touch of the game, the final whistle halted The Shots in their tracks.