On a day when Aldershot Town celebrated its links with the British Army, Andy Scott’s team displayed ample fighting spirit to earn a thrilling draw against in-form Bristol Rovers. 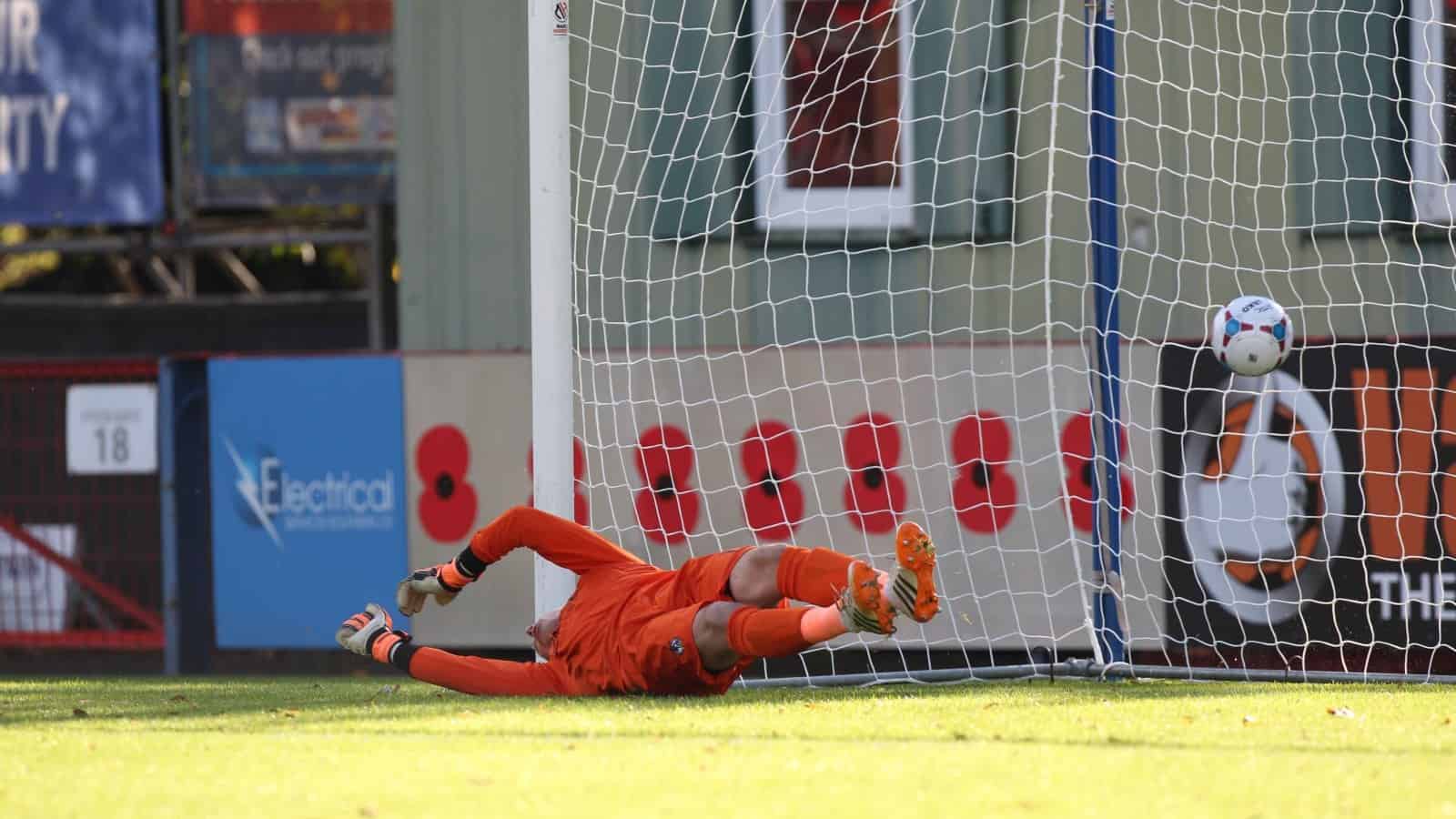 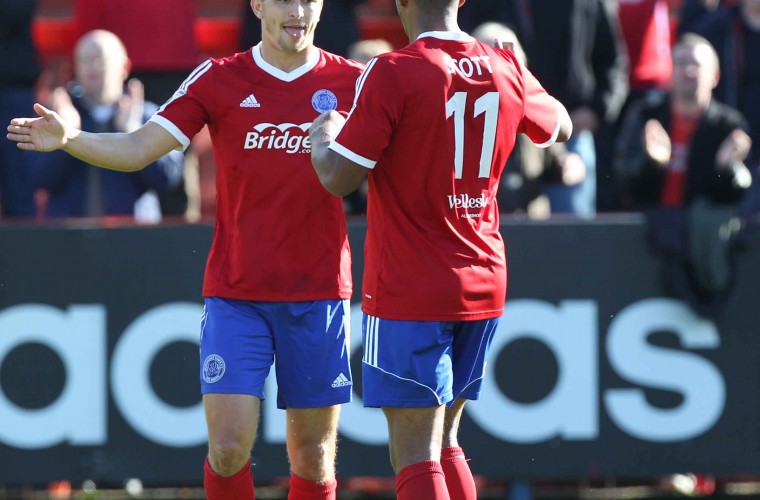 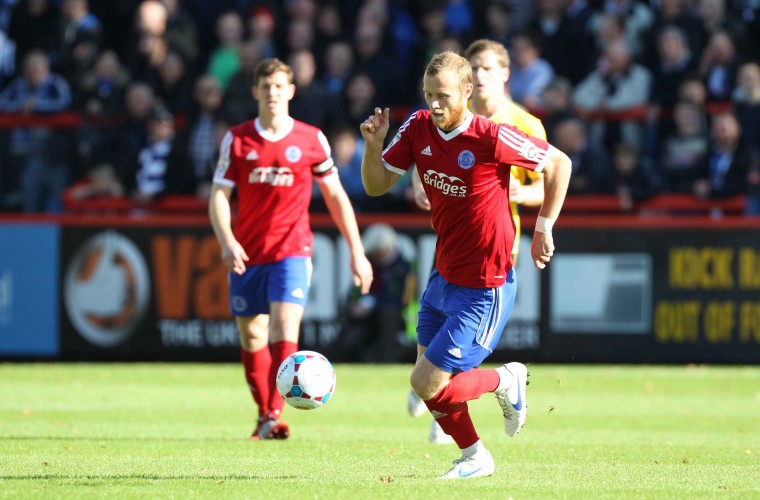 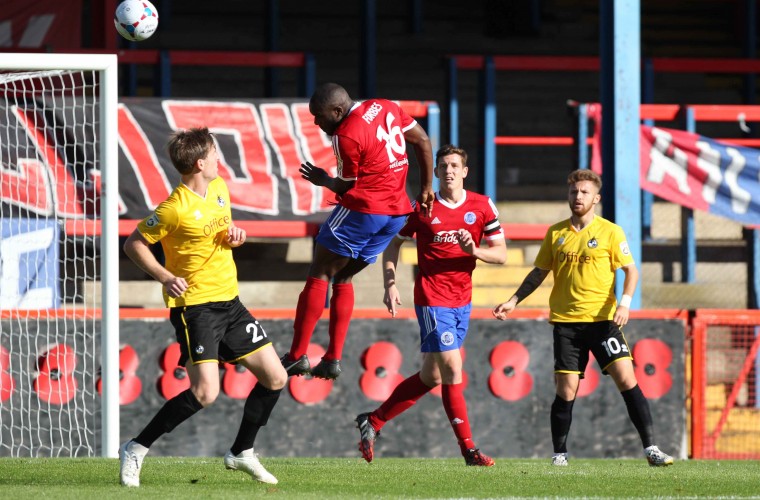 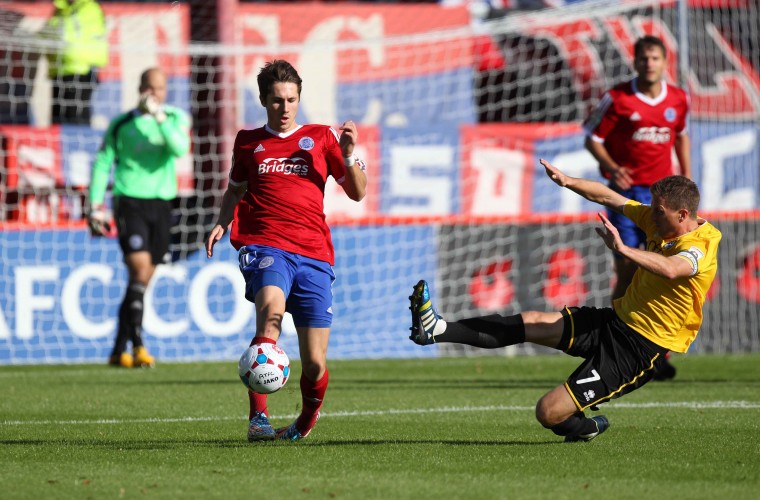 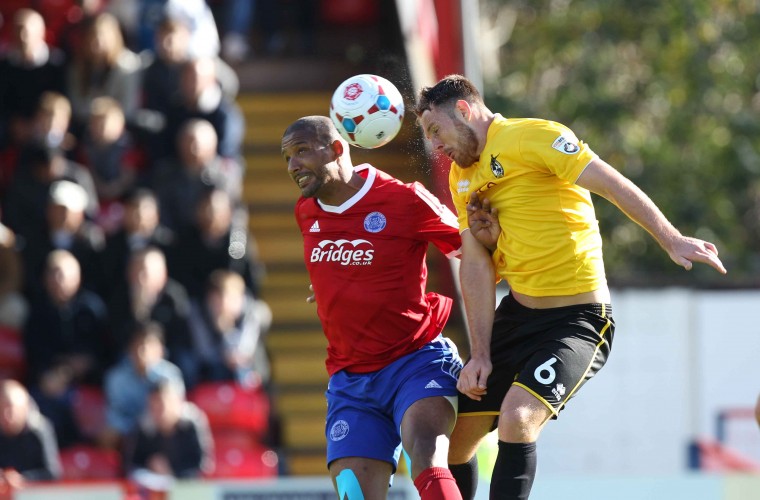 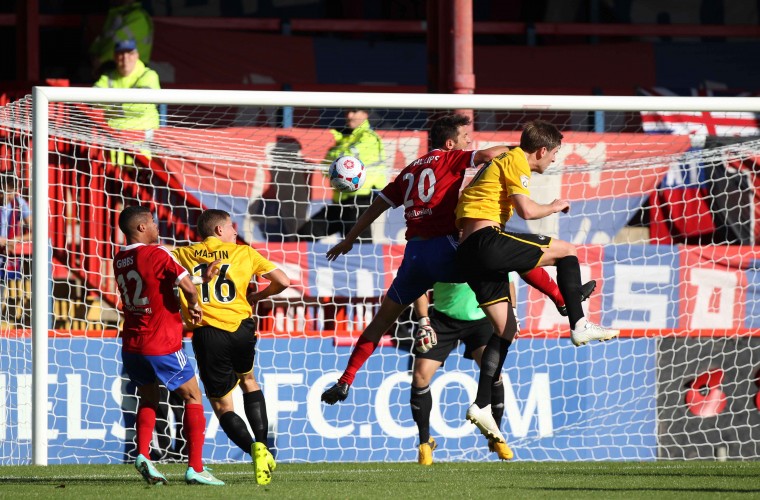 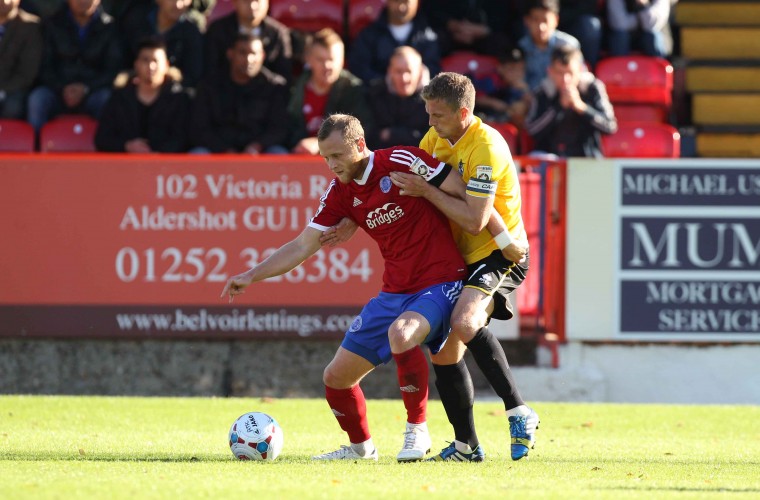 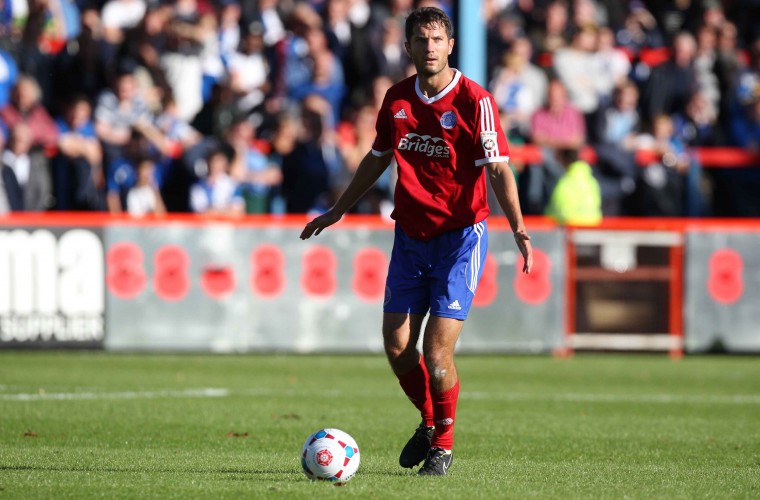 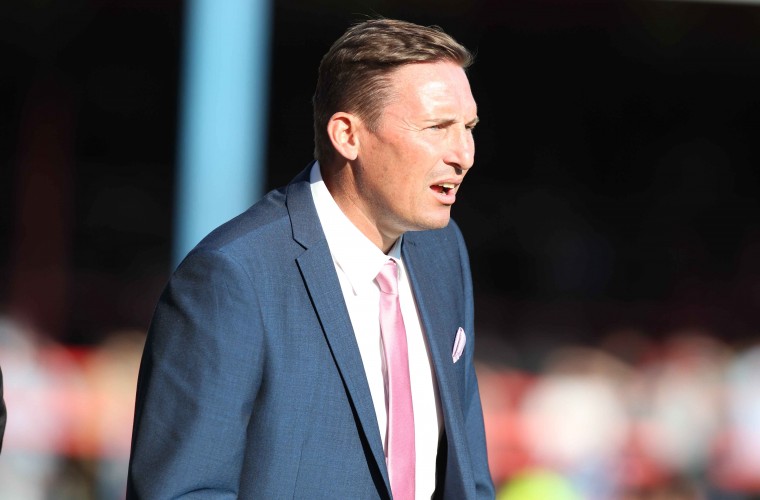 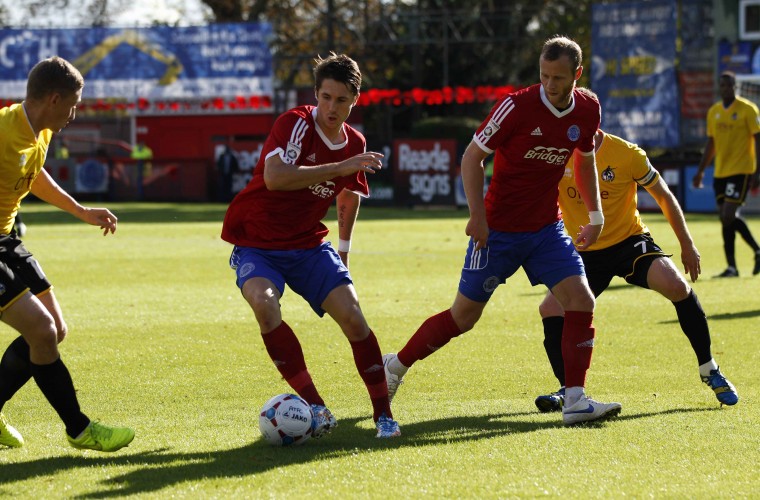 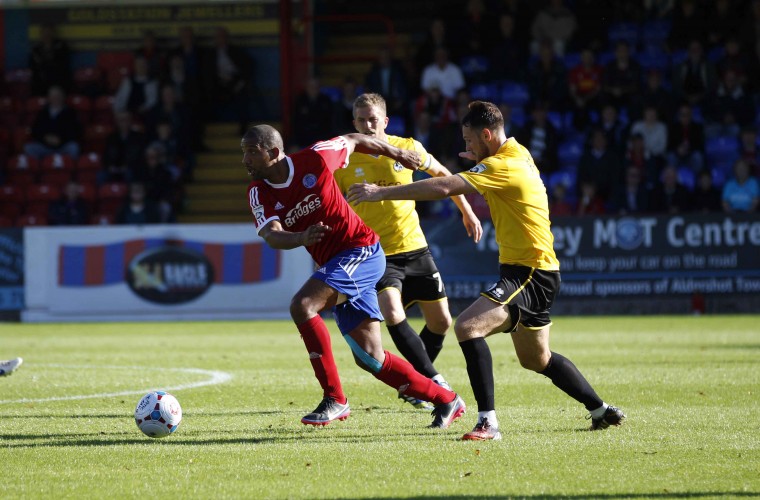 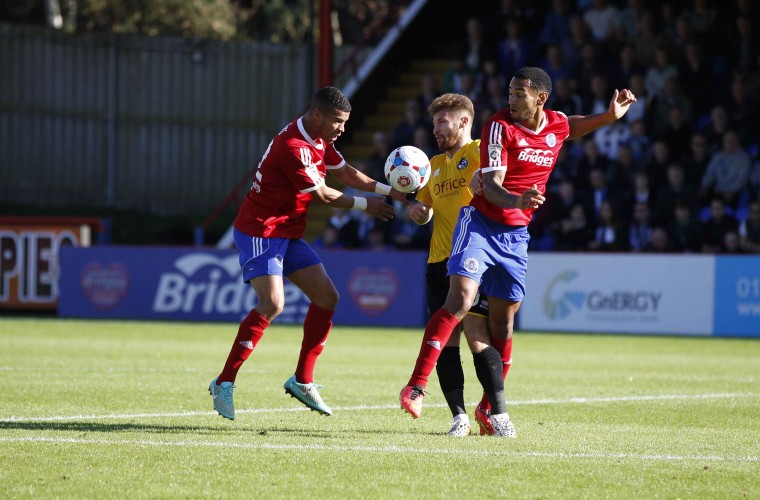 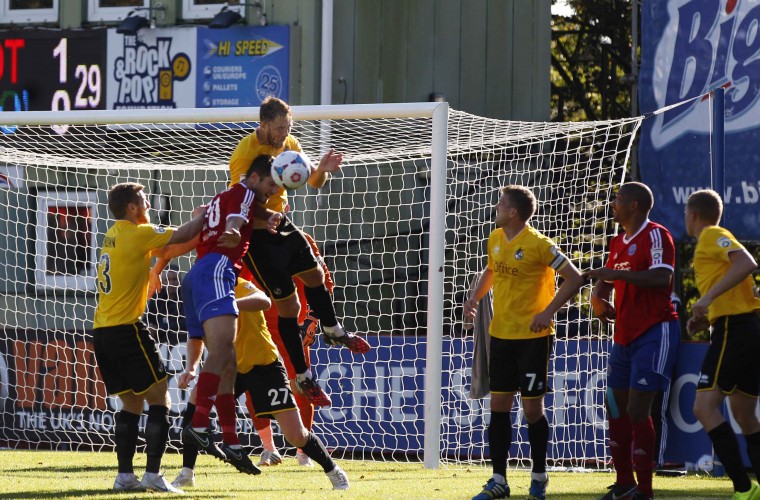 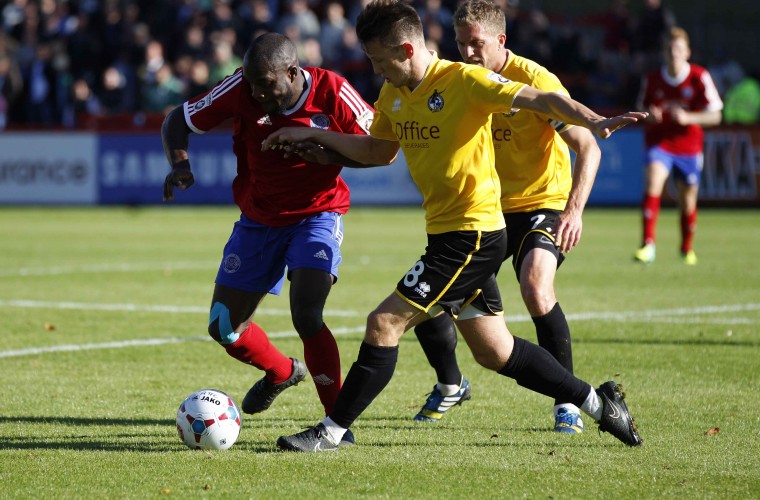 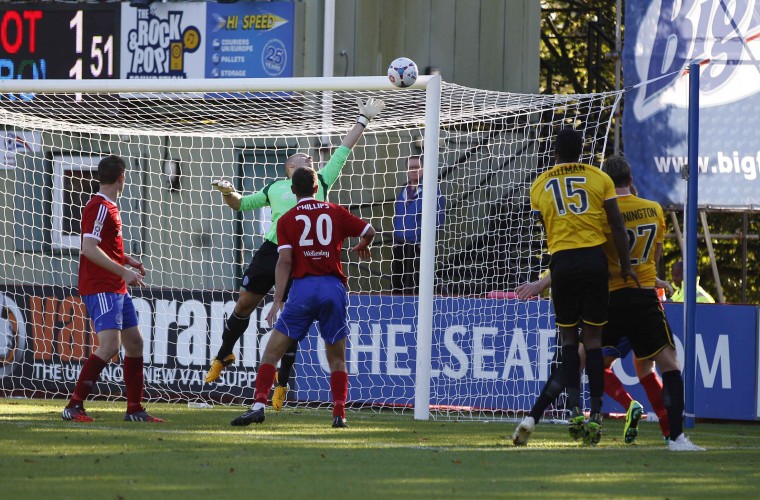 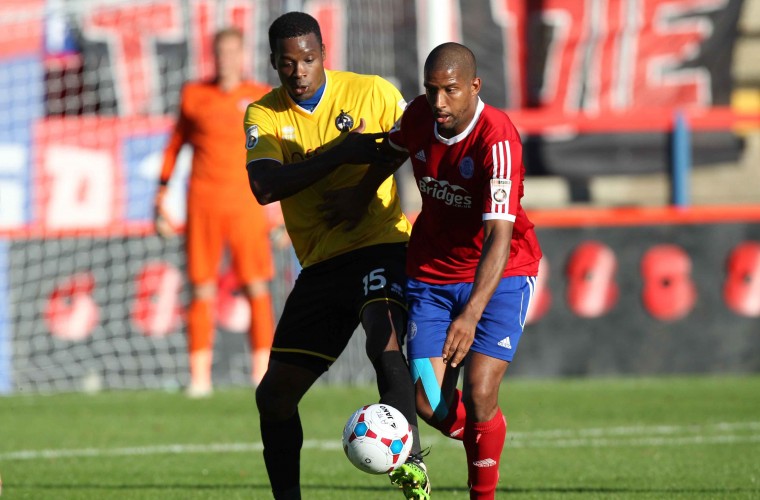 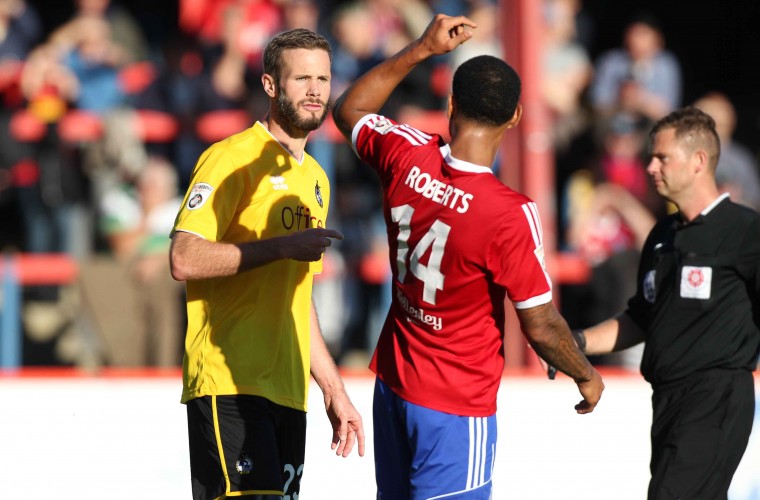 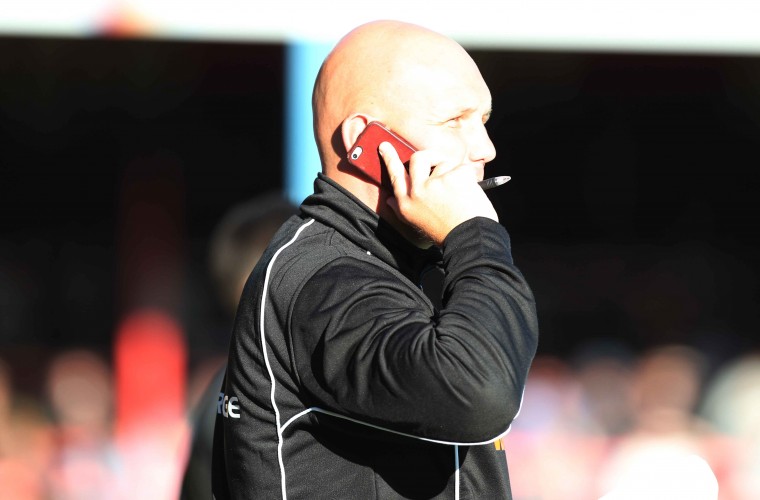 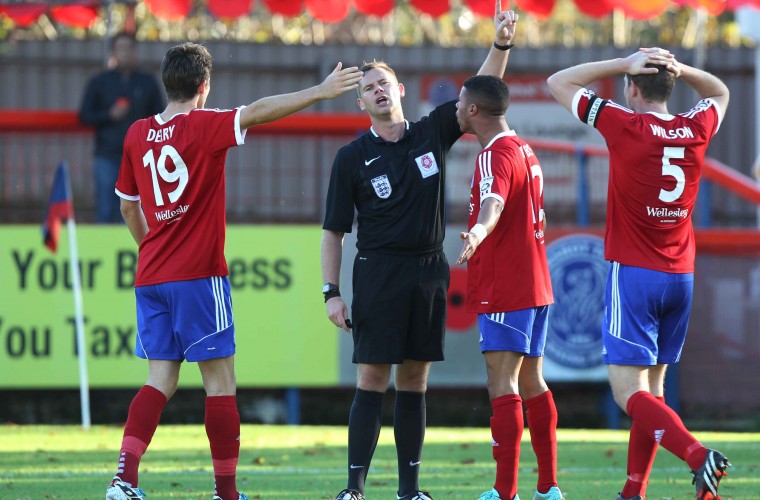 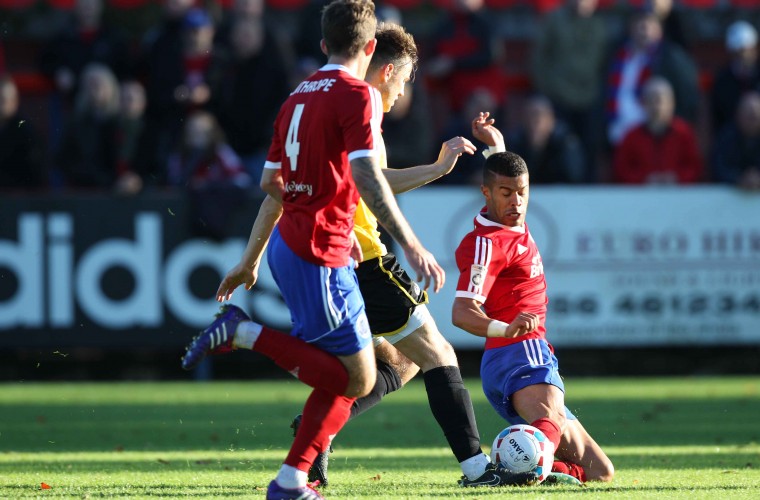 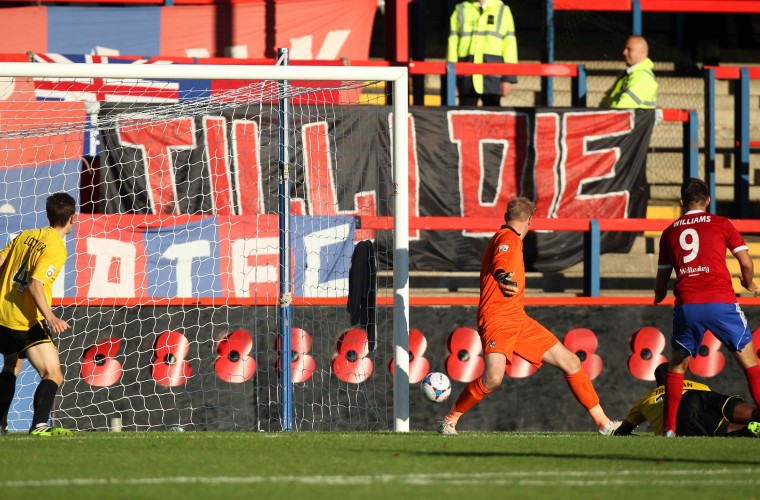 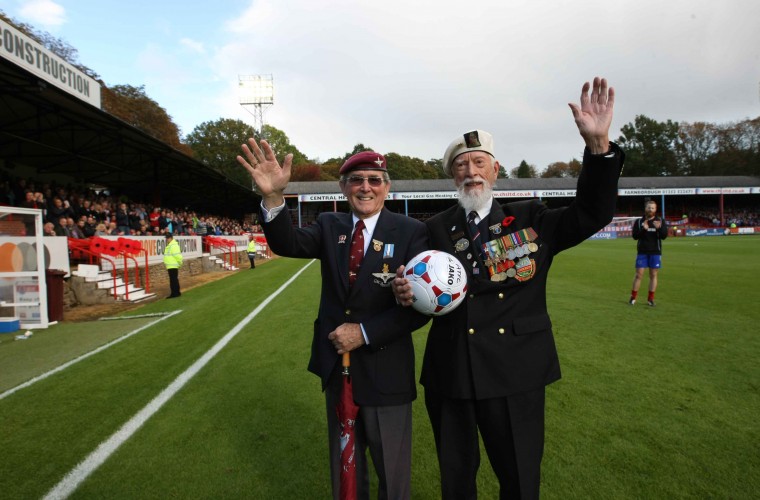 A vibrant, big game atmosphere – buoyed by over 300 Garrison troops as part of the first ever Seats For Soldiers day – got the spectacle it deserved as Aldershot Town matched their high-flying opponents in every department and perhaps should even have snatched victory with a trio of late chances. Eventually, though, the fixture produced its third consecutive 2-2 draw.

Josh Scott was restored to the starting line-up as Tom Derry moved out to the right wing, and immediately The Shots attacked with energy and a high tempo. Scott and Brett Williams both had early shots blocked, before the pair combined for Scott to shoot over the bar.

Suddenly, a cagey opening gave way to the first contentious decision of the afternoon, as Parkes clumsily handled Gibbs’ long throw as it bounced just inside the box. Mildenhall went the right way, but couldn’t keep out Williams’ strong penalty which gave the hosts a 15th minute lead.

Rovers responded with two shots from the lively Taylor which were, respectively, charged down and well parried by Phil Smith, and a Lee Mansell header over the bar. Sam Hatton’s shot, on 26 minutes, again crashed into a defender as each back four stood strong. Not unexpectedly, therefore, it required another slice of good fortune for Rovers to equalise.

Launching a counter-attack across half-way, Cunnington spread play out to the right flank, where Monkhouse cut inside and hit a shot which took a decisive and hefty deflection off Glenn Wilson as it looped over Smith.

The loss of Hatton, to injury, did nothing to quell his side’s competitive fervour. The second half began in even fashion, and once again found defences on top. Williams bent a shot wide of the post after good work from Forbes and Scott, and Cunnington’s header hit the crossbar from two yards out only for the referee to spot a foul in the build-up.

Again it took a contested penalty decision to spark the game into life with a vengeance. Parkes’ cross from deep was nodded down towards the six yard box and in trying to take the ball on his chest, Phillips was adjudged to have handled. After consultation between the officials, Matty Taylor rolled in the penalty.

Substitutes Mark Molesley and Daniel Leadbitter galvanised their teams, and twice Rovers were launched into attack with driving runs down the right, the second of which saw Martin pull a shot wastefully across goal. Yet it was Molesley whose contribution proved crucial, as his dynamic run was ended, 22 yards out, by a foul.

Brett Williams was initially a red brick on the end of the yellow wall, but his movement created a space which Roberts exploited superbly with a curling shot which flew into the top corner.

Now The Shots went in search of a winner, and three chances in one breathless move nearly put them ahead. Having won the ball in midfield, Roberts played in Williams for an angled drive which was parried by Mildenhall. As the rebound looped up across goal, Roberts had continued his run to win a header which hit the crossbar. Gibbs picked up the loose ball and his low cross was then deflected behind for a corner, from which Wilson’s header again went perilously close.

The late drama continued with a second yellow card for Roberts – as he again fouled his marker in attempting to atone for slipping whilst in possession – and it took a fine save from Phil Smith, to stop Lee Brown’s free-kick, to preserve parity and earn a point which was probably a fair reward for both sides.