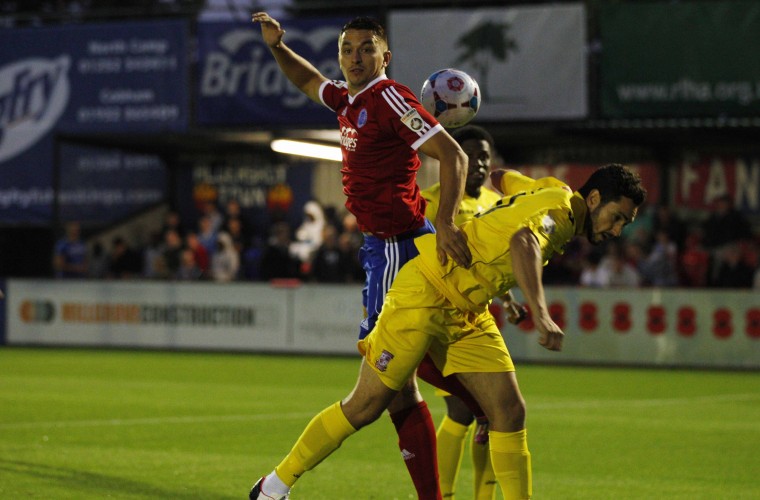 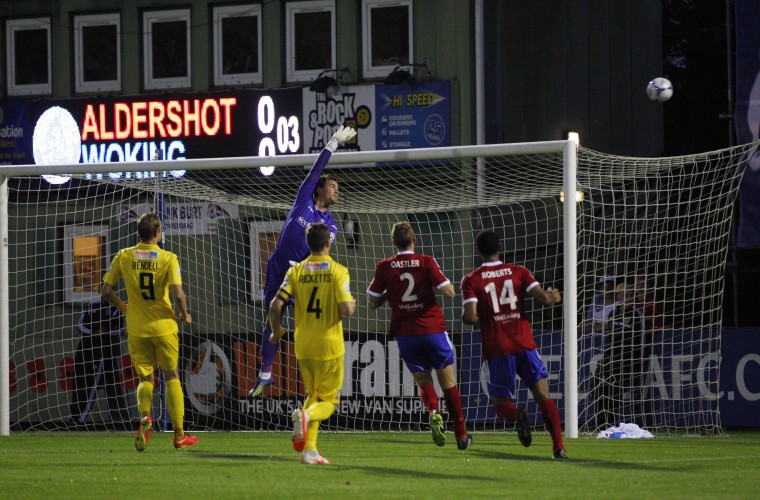 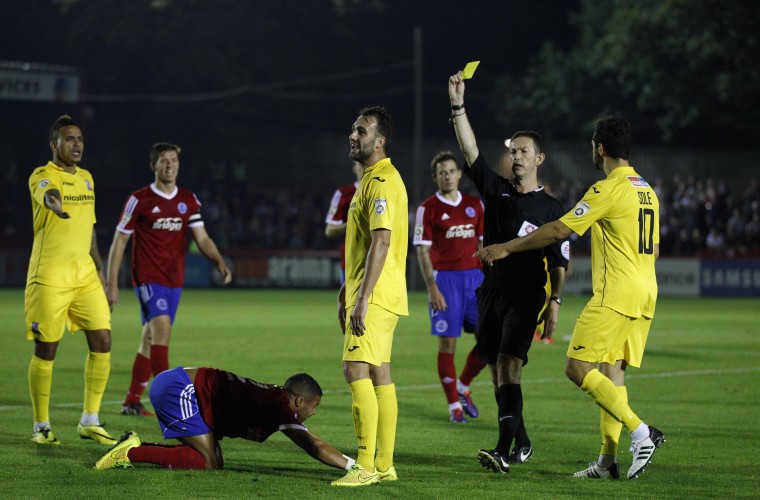 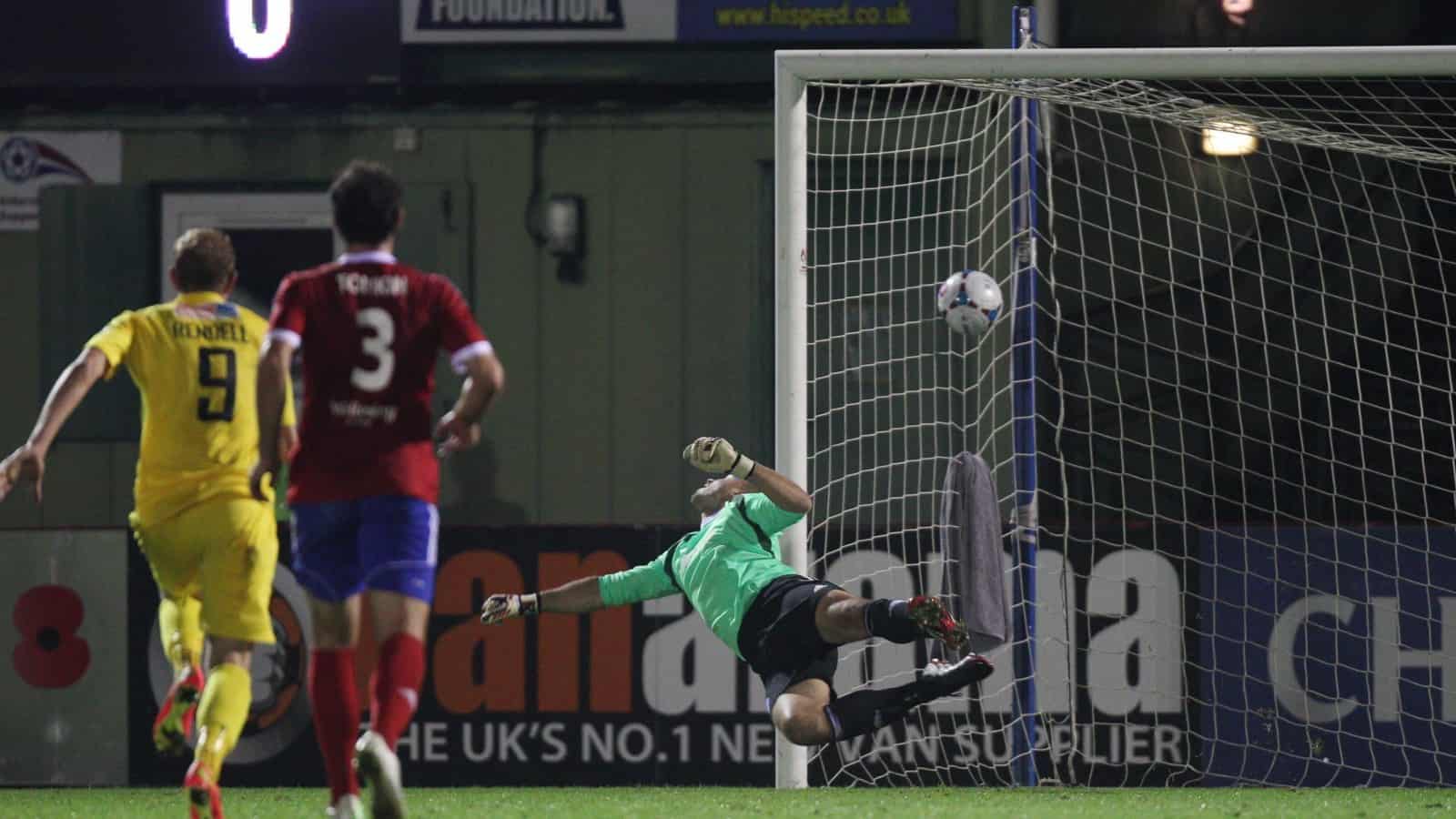 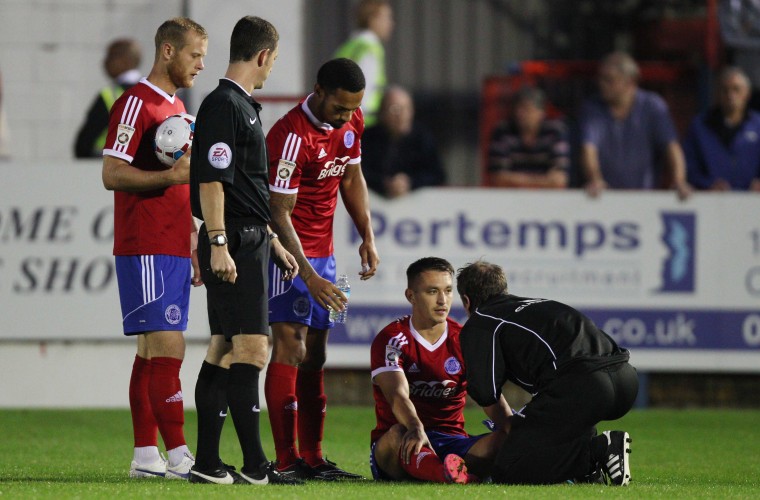 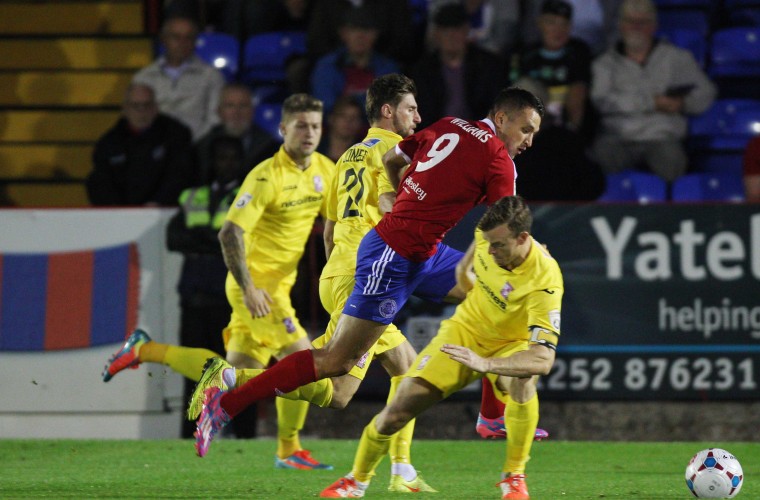 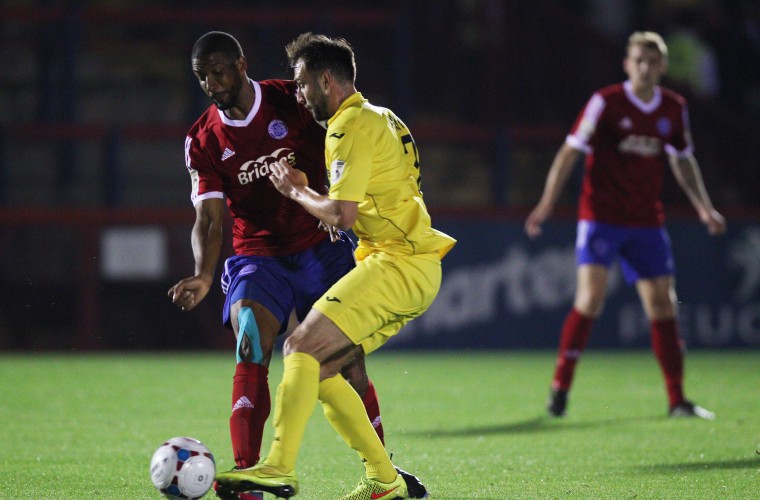 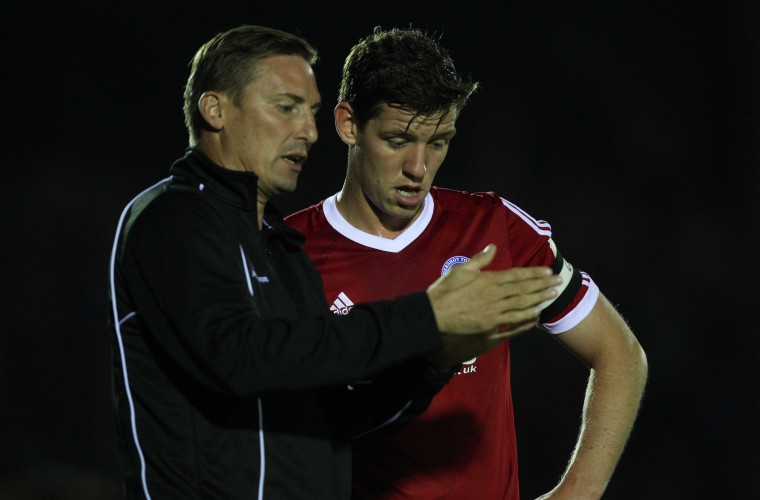 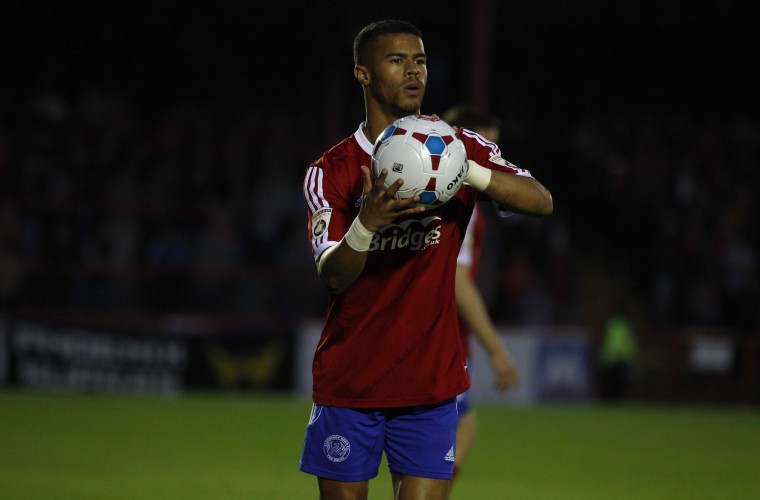 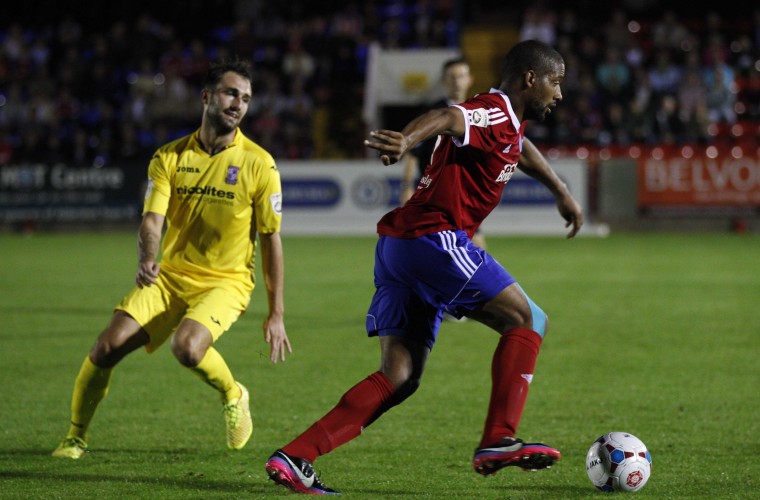 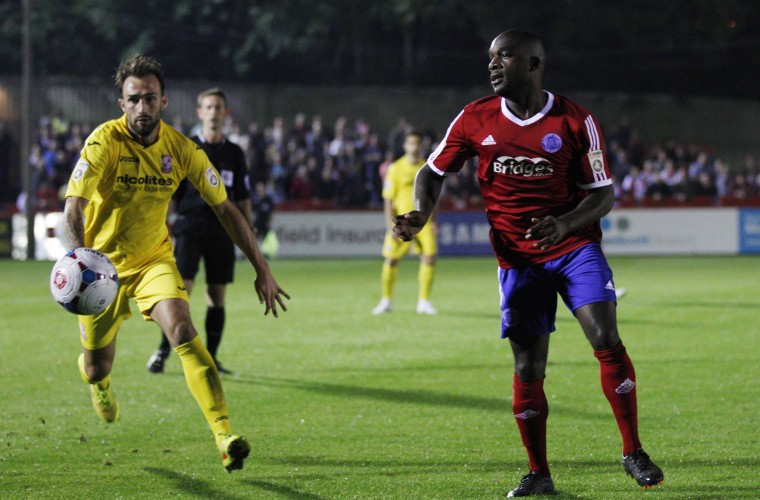 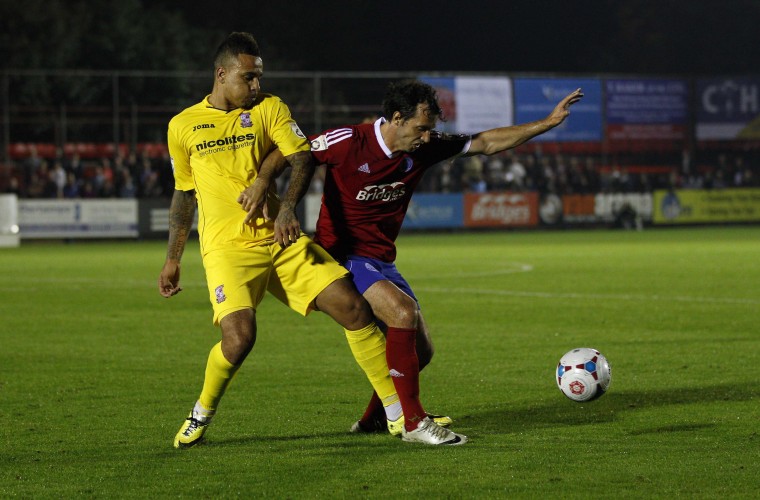 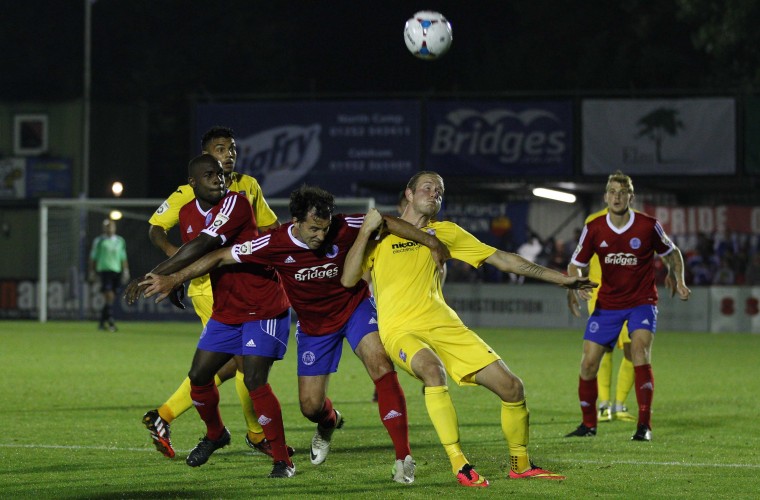 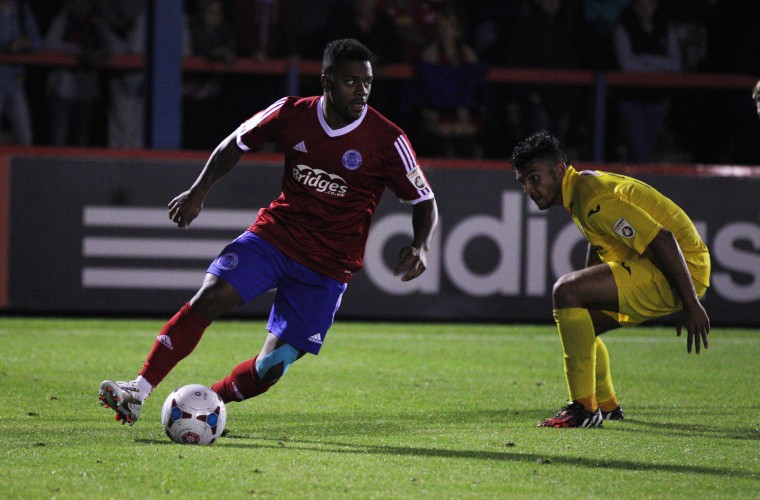 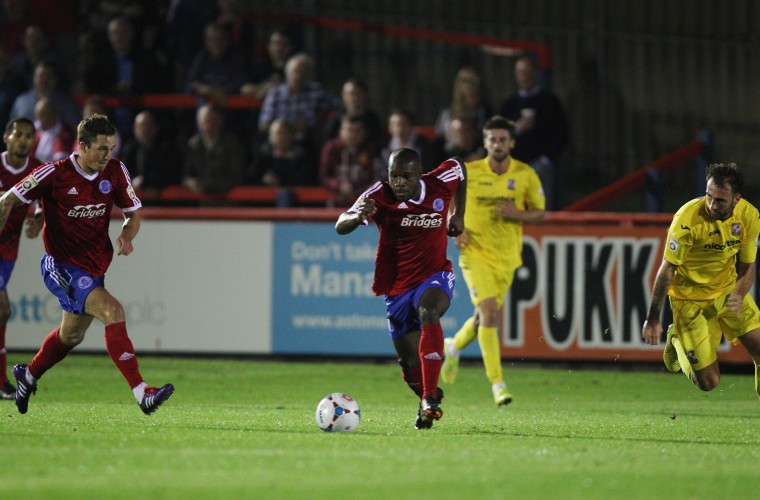 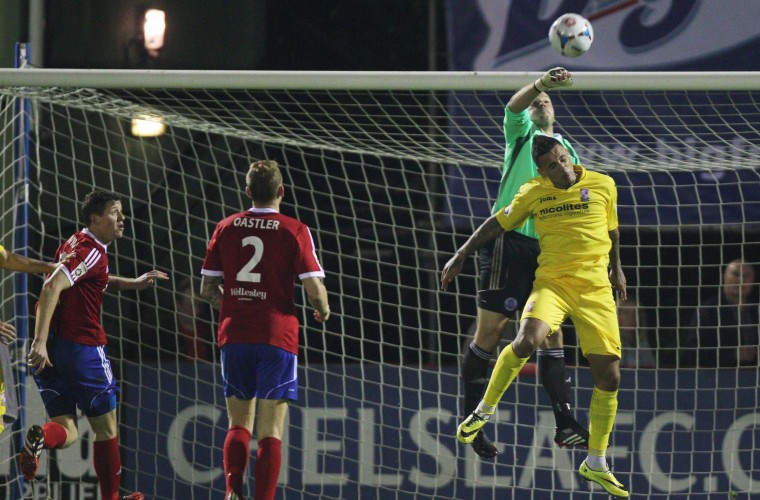 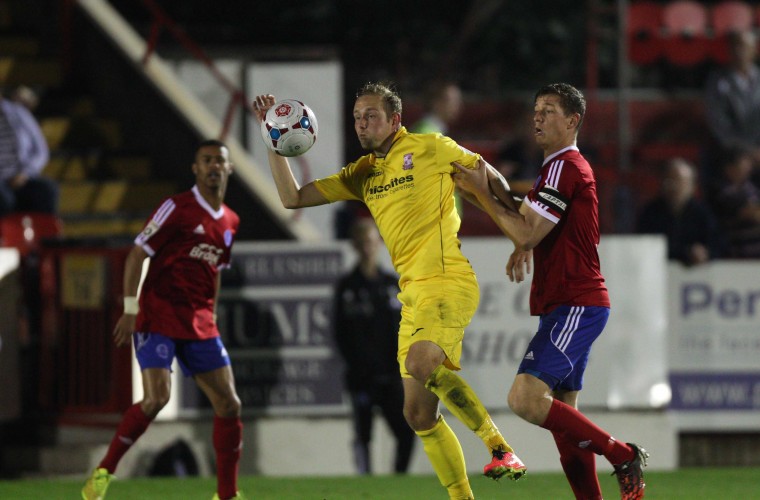 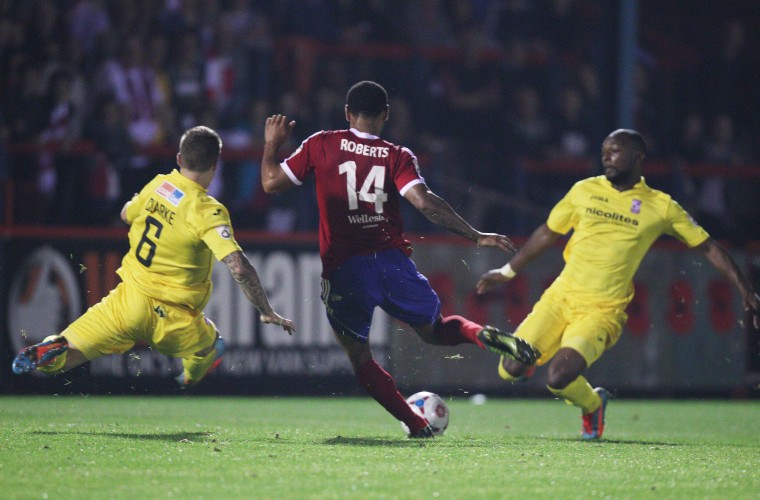 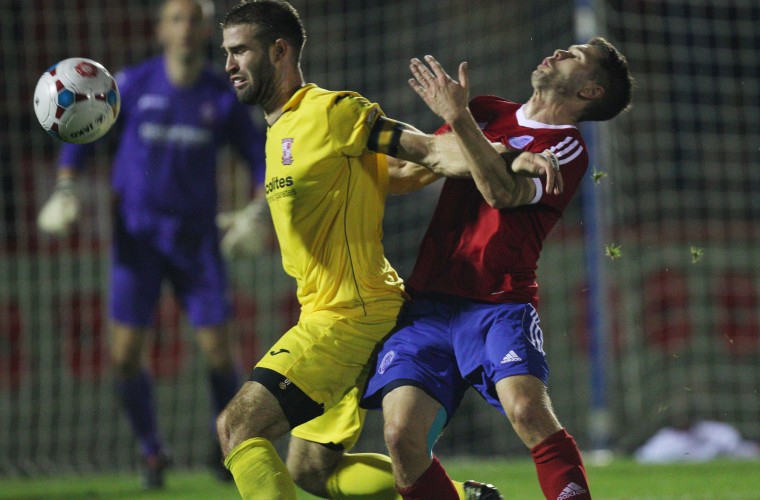 Both sides were unchanged from their respective weekend matches, and it was The Cards who made the better start. In just the first minute, Dean Morgan launched a counter-attack which saw Sole’s shot blocked and then, on seven minutes, Rendell’s shot crashed into Glenn Wilson and Jones’ follow-up effort faded wide of goal.

The best early chance, however, was at the other end: Jaydon Gibbs’ teasing cross found Josh Scott unmarked on the six-yard line but the header only flew over the bar. Fortune seemed to be favouring The Shots, as Woking captain Mark Ricketts limped off and, after a collision with Williams and substitute Cestor, goalkeeper Aaron Howe was eventually forced to do likewise.

Yet Sole hit a dipping volley well wide as Woking enjoyed a period of pressure. In response, Williams lobbed an angled effort over, but soon Morgan’s curling drive was deflected beyond Smith’s dive and onto the far-post. Payne then had a shot blocked by Lathrope as the first-half was extended to 50 minutes by earlier injuries.

The second-half continued to be congested and somewhat disjointed, and Hatton’s crashing 56th minute volley, bravely stopped by the diving Sole, was the first genuine attempt of the half. The Shots, though, were rejuvenated by the arrival of Dan Fitchett and visibly increased the tempo of their play.

Theo Lewis should have done better with his angled shot, but sliced the ball horribly wide after being played into space by Rendell, and Clarke’s shot then his Sole.

Forbes set Josh Scott racing through on a counter-attack but a moment of hesitation saw the chance snuffed out, and his shot was weak. Sole then took centre stage, when Rendell was fouled 30 yards out. His free-kick dipped and swerved as it flew past Smith just inside the post.

The Shots responded well. Roberts’ attempted shot on the turn was snuffed out by two defenders – amidst claims for a penalty – and Scott stabbed the ball past Little, as he was fed by Lathrope, but his shot lacked the pace to cross the line.

Woking fell back into strong defence and, even though Williams’ header was saved and another devilish Gibbs’ cross evaded everybody in the six-yard box, The Shots failed to find the breakthrough.