Aldershot Town continued their 2021/22 pre-season campaign with a highly entertaining 5-7 win against Farnborough.

The Shots named a more recognisable starting XI, with many of the first team players getting their first action of the new campaign, alongside a couple of the newly graduated academy players who rounded off the line-up.

But it was the hosts that opened up the scoring early on with the first real chance of the game, with a free kick on the edge of the box being converted into the bottom left hand corner by Nic Ciardini in the 7th minute.

That lead was quickly lost, with an Aldershot Town corner being turned in by newest signing Kevin Lokko just 5 minutes later, getting the Shots right back into the game.

And it was the Shots that continued to push on, finding the back of the net once again in the 16th minute, with Mo Bettamer heading in the rebound from an Alfie Saunders rocket that cannoned off the crossbar from outside the box.

After an eventful opening 20 minutes, both sides started to settle into the game, with no clear-cut chances coming for either side.

Farnborough came close to levelling up the score, with a long distance shot from Micheal Fernandes hitting the right post of Mitch Walker’s goal just after the half hour mark.

And after the hosts came close on one end, it was Aldershot Town that got their third goal of the half, with academy graduate Tommy Willard calmly finishing off a brilliant move from the Shots.

Farnborough almost pulled one back just before halftime, with a low driven shot forcing Walker to get down quickly.

The Shots almost added one themselves just a minute later, with another well worked move being tucked away once again by Willard, only to be denied by the offside flag, which capped off an exciting first half.

The start of the second half was just as lively, with chances at both ends forcing saves out of the two goalkeepers.

And just 5 minutes into the second half, Mo Bettamer got his second and Aldershot Town’s fourth, who’s deflected shot wrong-footed the Farnborough goalkeeper.

But Farnborough responded emphatically, with an ambitious 30 yard effort arrowing into the top right-hand corner, leaving Walker with no chance.

This exciting encounter continued to produce, with Michael Fernandes firing home from close range to make it seven goals before the hour mark and to get his side right back into the game.

And after another Farnborough chance sailed just over the bar, Mo Bettamer completed his hattrick for the Shots from the spot, leaving the goalkeeper with no chance after firing it into the top left-hand corner.

Farnborough then got close to once again pulling one back, with a close range effort hitting the post, but this was followed by another goal for the visitors, Trialist D this time getting in on the act and giving Aldershot Town their sixth goal of the afternoon.

And in the 80th minute, the goal tally reached double digits, with a Farnborough trialist slotting home past Hall.

Two minutes later, Farnborough were awarded a penalty of their own, and Cooksley buried it into the bottom corner to make it 5-6.

A third penalty, and Aldershot Town’s second, was awarded in the 89th minute, with Harvey Walker scoring the penalty that he won himself to cap of a twelve goal thriller at the Easy as HGV Stadium.

The Shots will look to continue their winning start to pre-season as they face the 2020/21 Vanarama National League champions Sutton United, with this once again being played at Farnborough’s ground.

All three goal-scorers (Kevin Lokko, Tommy Willard and Mo Bettamer) are available for player sponsorship home and away. If interested, please contact Commercial Manager Mark Butler at mark.butler@theshots.co.uk or call 01252 320211. 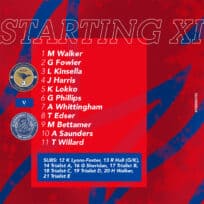 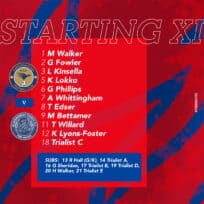