Goals from Jamie Sendles-White and substitute Mo Bettamer secured a second-half comeback win for Aldershot Town cancelling out Michael Petrasso’s opener for Barnet at the EBB Stadium in the National League.

Petrasso opened the scoring for Barnet with a low header before Sendles-White and Bettamer inspired a second-half comeback for Aldershot Town.

Looking to improve on Saturday’s defeat against Bromley FC, Danny Searle made five changes to the starting lineup with captain Sendles-White, Mitch Walker and Ricky Miller returning to the lineup with Bettamer, Alfy Whittingham and Shadrach Ogie dropping down to the bench. New signing Dinesh Gillela started for the Shots to make his debut.

The opening 15 minutes of the game were quiet with both sides struggling to create any clear cut chances. The first real effort on goal came from Miller when his free-kick went over the bar whilst Barnet produced a few half-chances on the counter.

Aldershot Town started to create goalscoring opportunities shortly after when Miller had another chance to score. Miller took on Jerome Binnom-Williams on the right-hand side and cut inside on his left foot before bending his shot narrowly over the bar.

Aldershot Town were getting closer and their best chance came in the final minutes of the first-half. Harrison Panayiotou was played through on goal but the angle was tight and under pressure, Panayiotou fired straight into the arms of Scott Loach.

Shortly after the interval, Barnet came close to scoring the opener. Courtney Baker-Richardson tussled with Alex Finney before his effort deflected wide of the post. Barnet started to pile on some pressure on the Aldershot Town defence and it was soon rewarded.

The cross came in from the right-hand side and Petrasso was unmarked in the penalty area to stoop down and direct his header into the far corner. Moments later, Petrasso came close again but Walker saved well and Baker -Richardson was unable to get on the end of it for a rebound.

Aldershot Town responded minutes later with a well-worked goal to equalise. A quick corner routine allowed Jermaine Anderson to cross to the far post and find Sendles-White who guided the ball expertly into the roof of the net. A strikers finish from the captain.

Aldershot Town came close to going in front shortly after. Joel Nouble was sent through on goal and chipped Loach with the ball hitting the bar before Miller was agonisingly close to scoring a simple tap-in with the ball bouncing away from him.

The Shots were in the ascendency and they had another chance to go ahead. Toby Edser broke through on goal and hit his effort well but Loach was there to palm his shot away from danger. The pressure paid off for Aldershot Town when Nouble won a free-kick on the edge of Barnet’s area.

Aldershot Town deservedly took the lead when substitute Mo Bettamer scored just minutes after he came on. The Libyan international’s clever strike went underneath the Barnet wall and into the corner leaving Loach with no chance.

Nouble had a chance to get Aldershot Town’s third in the last minute when substitute Chike Kandi squared the ball but Nouble took a touch and his effort was blocked. Despite Barnet’s efforts in injury-time, Aldershot Town held out for a vital win. 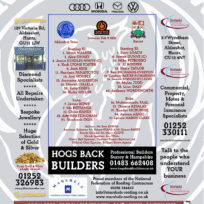