Harrison Panayiotou returned from injury to secure our first home win of the season as Aldershot Town beat Notts County 1-0 at the EBB Stadium.

Sloppy defending from the Notts County defence allowed Panayiotou who returned from his injury against Eastleigh to fire into the bottom corner.

Looking to improve from last Tuesday’s defeat to Torquay United, Danny Searle made two changes to the starting lineup. Mitch Walker made way for new signing Brad James who made his debut in goal today and Panayiotou is brought in to replace James Rowe with the forward returning from injury.

The opening 10 minutes of the game were slow with very little chances created from both sides. Both defences were resolute early on in keeping the attackers out.

The first opportunity of the game fell to Notts County as Kyle Wootton’s shot was deflected wide of the near post from a quick corner. Shortly after, Aldershot were getting into the game and they nearly got the lead when in-form Craig Tanner whipped in a corner that almost caught out the scrambling Sam Slocombe in the Notts County net.

Moments later, Notts County were through on goal but debutant James rushed out of goal to deny Ruben Rodrigues a shot on goal and smother the ball. Aldershot had a chance of their own when Panayiotou headed the ball down to Bettamer but it was just behind the striker and Notts County cleared.

A well-contested half from both sides as both defences were tested but the scoreline remained goalless going into half-time.

Aldershot turned on the pressure in the second-half with Shadrach Ogie playing a clipped ball to Panayiotou who headed to Tanner and he earned a foul following great skill. The resulting free-kick went narrowly wide of the far post avoiding everyone in the box.

Aldershot nearly went ahead through Kodi Lyons-Foster as his header went narrowly wide of the near post and he was allegedly pushed to the ground just before his header but referee Scott Tallis was unphased.

Moments after, the visitors went close to taking the lead when Richard Brindley raced down the right-hand side and found an unmarked Wootton who fired wide of the far corner.

The game started to get heated and a controversial decision from referee Tallis was met with disapproval from the Aldershot players. Lackadaisical play at the back from Notts County allowed Tanner to nick the ball and race clear on goal to finish but the effort was ruled out for handball.

Aldershot were the far better team and Tanner came close again to breaking the deadlock but his free-kick went wide of the far corner.

Notts County were not learning from their mistakes and their efforts in playing out the back were finally punished when Panayiotou gathered the ball and fired into the bottom corner to give Aldershot a deserved lead with 25 minutes to go.

Substitute Elisha Sam was also denied a goal by James who saved excellently. Man of the match James was having a great first game in goal for Aldershot with a range of good saves to preserve our lead.

Late pressure from Notts County wasn’t enough as Aldershot held onto their lead and secured their first home win of the season. 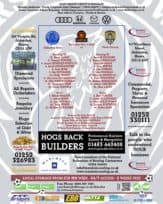