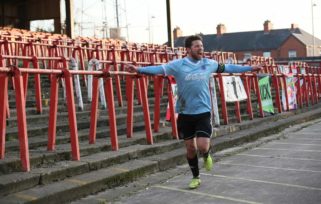 Shots Squad:
Town manager Gary Waddock will still be without injured Hull City loanee goalkeeper Will Mannion, who has a quad injury. Skipper Karleigh Osborne’s condition is improving but he remains side-lined with an Achilles problem. Marvin McCoy is yet to make his Shots debut due to a persistent injury. You can watch Gary Waddock’s preview of the game here.

Brief History:
Wrexham were formed in 1864 and are the third oldest football club in the world.

The Gaffer:
Prior to the beginning of the 2018/19 campaign, ex-professional Sam Ricketts was announced as Wrexham’s new manager. After a 16-year career which included over 550 domestic matches and 52 Wales caps, Ricketts was forced to retire with a knee injury in November 2016. Consequently, he began to obtain his coaching badges while improving his skills at Coventry City and Wolves before being hired by the Red Dragons in May.

Outgoings:
Nine players departed the Racecourse Ground in the summer, six of whom were released. Perhaps the key loss was midfielder Sam Wedgbury who wanted to move closer to his home in Sheffield.

Referee:
Saturday’s referee is unknown at the time this match preview was written.

Commentary:
BBC Surrey Sports Rob Worrall and Shots supporter Alan Baldwin will be covering the game live on Saturday afternoon. Tune in to the BBC Sport website (or the BBC Sport App) from 2:50pm for full match commentary. To interact with them, tweet @RobShot66