Following last week’s 1-0 home National League victory against Braintree Town, The Shots are back at The EBB Stadium this Saturday, to host League One Bradford City in the Emirates FA Cup 1st Round. 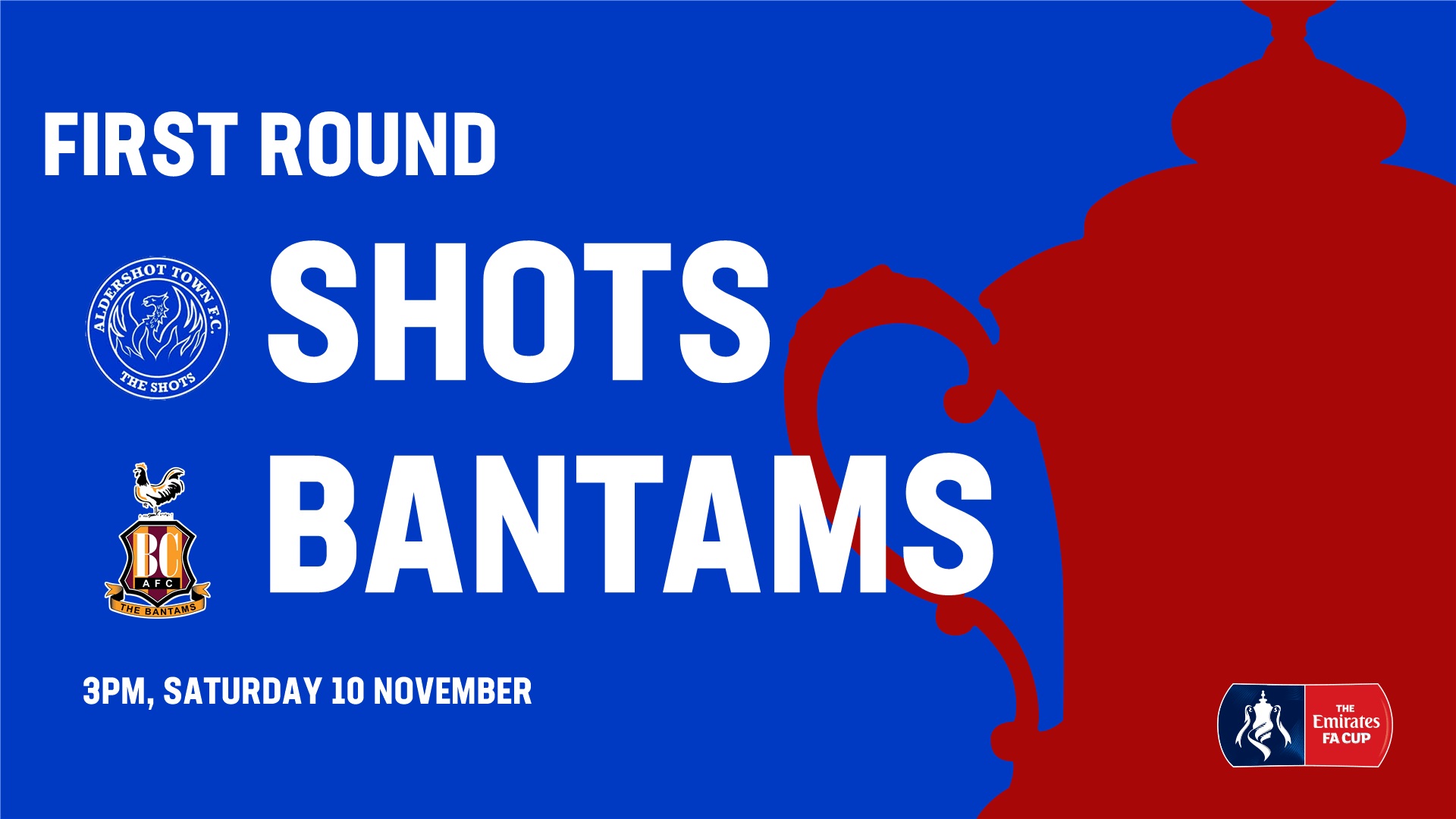 Shots Squad:
Of Town’s long term injured trio, Jacob Berkeley-Agyepong is closest to a return, whilst skipper Karleigh Osborne and James Rowe remain side-lined. Matt McClure’s is also unlikely to be available due to a shoulder injury. Adam May is also unavailable for selection owing to the terms of his loan agreement, although Gabe Osho will be available after his loan from Reading was extended earlier this week.

Recent History:
Bradford City were promoted to League One via the play-offs, following a successful 2012-13 season, in which they also became the first team from the fourth tier of English football to reach the League Cup Final. They currently sit 24th (bottom) of that division.

The Gaffer:
48-year-old David Hopkin is a former Scottish professional footballer who played midfield for the likes of Chelsea, Crystal Palace and Leeds United as well as making eleven appearances for The Bantams towards the end of his playing career. He was also capped seven times by Scotland at international level. Other than a couple of caretaker spells in charge of Greenock Morton, his only other experience in management prior to taking the reins at Valley Parade was three years in charge of Livingston, in which he guided them to successive promotions in 2017 & 2018. He took over as Bantams boss in September 2018.

Key players:
Former Walsall Goalkeeper Richard O’Donnell and ex-Aberdeen defender Anthony O’Connor are the only ever-presents in the Bantams starting line-up this season. Midfielder Jack Payne (on loan from Huddersfield Town) is the club’s top scorer with four goals to date. O’Connor has three, as does Irish striker Eoin Doyle. Former Histon, Wrexham & Peterborough defender Nat Knight-Percival is also a regular on the team sheet for City.

Commentary:
There will not be any live BBC Surrey Sport commentary of this FA Cup 1st Round tie. However, if you can’t be at the EBB Stadum, tune in (locally via ‘radio’ or elsewhere ‘online’ and ‘listen live’ to BBC Surrey’s Saturday afternoon programme to hear updates every ten minutes or so from BBC Surrey Sport’s Rob Worrall.