Following last weekend’s excellent 2-1 away win at Ebbsfleet United, Aldershot Town return to the EBB Stadium on Saturday, looking for their first home victory of the season, against Barrow AFC, who sit one place and one point behind the Shots in 21st place in the current National League table.

Shots Squad:
Shots boss Danny Searle has brought in a couple of loan signings this week to bolster both his defence and attack. 20-year-old Derby County Centre Back Max Hunt and Plymouth Argyle Striker Alex Fletcher (also 20) have both joined initially for one month. Alex Finney, Ollie O’Dwyer, Jacob Berkeley Agyapong and James Rowe all remain unavailable to Searle due to injury. 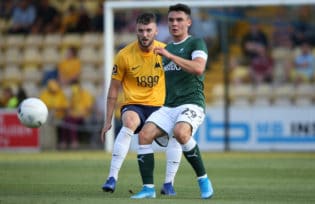 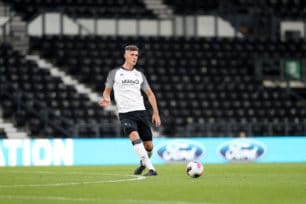 Barrow AFC, also known as The Bluebirds, were formed in 1901. They play their home games at Holker Street. The club spent over fifty years in the football league between 1921 and 1972, achieving promotion to Division 3 by finishing 3rd in the Fourth Division in the 1966–67 season. The highest league period in the club’s history was to be short-lived and a return to Division 4 came after relegation in 1969–70 season. At the end of the 1971–72 season, after an unsuccessful bid for re-election, Barrow were voted out of the Football League, to be replaced by Hereford United. Barrow have since spent their time in the top two levels of non-league football, having been promoted five times to the Conference, most recently as Conference North champions in 2014-15. They have twice won non-league football’s most prestigious cup competition, the FA Trophy – in 1990 and 2010, becoming the only club to have won the Trophy at both old and new Wembley Stadium.

The Gaffer:
37-year-old Ian Evatt took the reins at Barrow at the beginning of the 2018-19 season, following the departure of Adrian Pennock. Evatt, a central defender in his playing days, made more than 500 career appearances, 204 of them for Blackpool. His only other previous managerial role was a brief one, taking on the Caretaker-Manager role at Chesterfield in April 2018. He was unable to prevent their inevitable relegation from the Football League.

Squad:
Evatt has kept 11 of last season’s playing squad, including Goalkeeper Joel Dixon, Centre Back Josh Granite, Midfielder Josh Kay, Forward John Rooney and Striker Jack Hindle, who top-scored with 12 goals last term. In addition, Evatt has brought in a further 11 players, including two that were on loan at Holker Street last season; Blackburn Midfielder Lewis Hardcastle and Port Vale Striker Dior Angus. Other key signings helping to bolster the Bluebirds ranks this season are Defender Brad Barry (Chesterfield) and Striker Scott Quigley who has already scored three goals since joining from Blackpool in the Summer.

Referee:
Saturday’s referee is James Durkin. He has refereed 3 National League matches this season, showing 5 yellow cards and no red cards to date. He has not taken charge of any Aldershot matches yet.

Commentary:
There will be live BBC Surrey Sport commentary of Saturday’s game, with Rob Worrall and a special guest, from 2:50pm. To interact with the commentary team, tweet @RobShot66.