The 29-year-old Antigua and Barbuda international has previously played for Shots manager Gary Waddock with the Chairboys, as part of the side which won promotion to League One in 2010-11.

A member of the Arsenal and Watford Academies as a junior, McCoy made his senior debut for Isthmian League Harrow Borough, before spells at Leyton and Wealdstone. After winning the Stones’ 2010 Player of the Year award, he signed a one-year contract with Wycombe Wanderers and in his first season as a professional made 25 appearances as Waddock’s side finished third in League Two.

McCoy played a total of 108 games for Wanderers, including 32 in League One, and subsequently made another 54 appearances in two years at League Two York City. The Walthamstow-born defender was then a regular in the Ebbsfleet United side which won the National League South Play-Off Final in 2016-17, going on to make 22 appearances in the National League in 2017-18 including as a substitute in May’s Play-Off Eliminator at the EBB Stadium.

“He’s a good manager, and I’ve played under him before, so it was a no-brainer for me,” admitted Marvin. “He plays a good style of football and he’s a good man-manager – you know where you stand with him, and you know how he wants you to play.

“I’m quick, I get forward, I’m a good crosser of the ball but I’m also a good defender. Hopefully I can show the fans what I can do and put some good performances in.

“I want to get back into the Football League and I’m hoping it’s this year with Aldershot Town. I want to be at the top end of the table and gain promotion – that’s what I’ve always been about,” he highlighted, after two consecutive Play-Off campaigns. “I think consistency over the season is the key – never get too high, never get too low, just keep on picking up points and I think we’ll be there-or-thereabouts.”

Any supporter wishing to sponsor Marvin – or any other member of Gary Waddock’s squad during 2018-19 – should contact James Moyle on 01252 320211 or email james.moyle@theshots.co.uk. 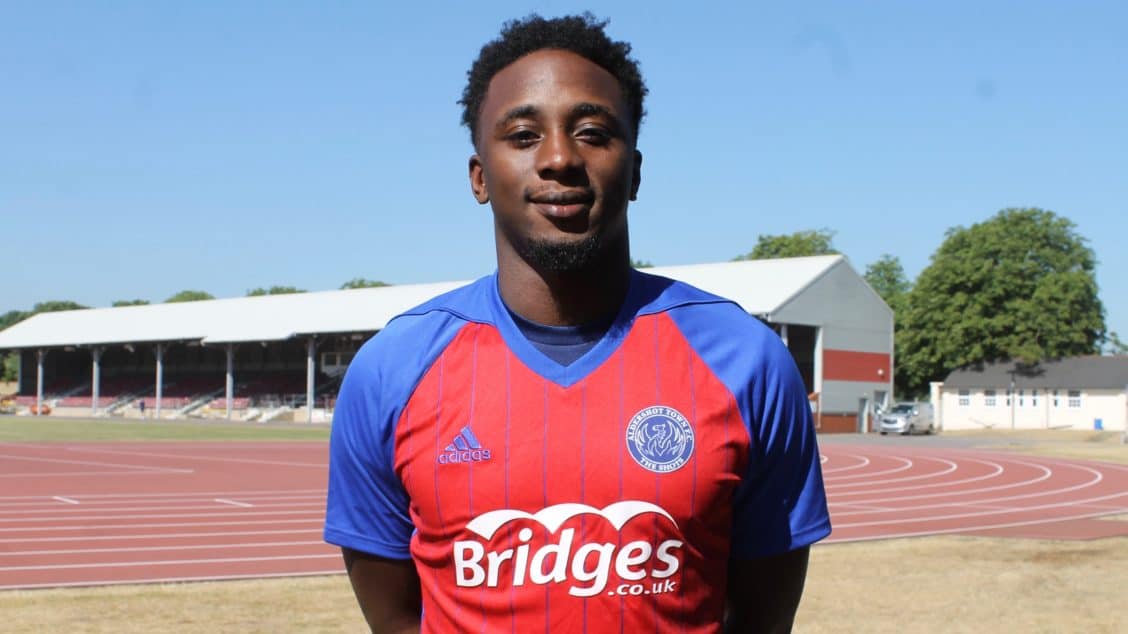