Aldershot Town are delighted that Marshels Roofing have extended their support of the Club into an eleventh season – and have today helped to ensure that the East Bank roof is both water-tight and insulated to help Shots fans generate the brilliant atmosphere they are renowned for.

We are also grateful for their support as official Match Sponsor of tomorrow’s National League fixture against North Ferriby United.

Barry Hindmarsh, who founded the company in 2000, has been supporting The Shots from the East Bank since the mid 1970s and after completing a few routine repairs this morning said: “If we’re all on song, it’s second-to-none. I’ve never been to a place where I’ve heard singing like it – and I’ve been in the Kop at Anfield! One day I want to watch a game from the away end and hear what we sound like. For a fan it’s exciting, but there’s also a bit of fear as well, we sound so big.

“I actually love it when we have a good away following next to us, and their singing echoes through the East Bank as well. Sometimes it sounds like there’s more fans than there really are.”

Hindmarsh initially sponsored the South Stand in 2006, but his first contact with the Club came as a boy when, he laughs, “I used to bunk in after everybody had gone and have a kick-about on the pitch! Then we’d come in to games at half-time, when the gates opened and it was free to get in.”

Barry has seen fellow East Bankers come and go over the years but reckons that the current residents have already played their part in helping The Shots achieve two wins from two this season. “Maidstone was a brilliant night,” he smiles. “And it’s nice to have some new songs in our repertoire. As soon as we scored and started singing ‘We’re On Our Way’, that was brilliant.”

A family-run business who take pride in their workmanship and customer care, Marshels Roofing tackle all roofing requirements, from listed buildings, churches and National Trust properties to new builds, re-roofs and even simple repair work.

Members of both the National Federation of Roofing Contractors and Checkatrade.com, Marshels are regular supporters of local community events and have also sponsored Farnham Cricket Club and Farnham Town Youth FC. But the EBB Stadium is where Barry feels most at home.

“I’m privileged that I can do something for this Club,” concludes Barry, who is also sponsoring captain Callum Reynolds’ kit this season. “This is my team and my local town and I want to give something back, wherever I can. It also feels like the Club is in good hands, the stadium is looking neat and tidy, the pitch is good, everything is well organised. We’re feeling like a real club again. We’ve got the Wadfather back, so let’s hope we can push on again.” 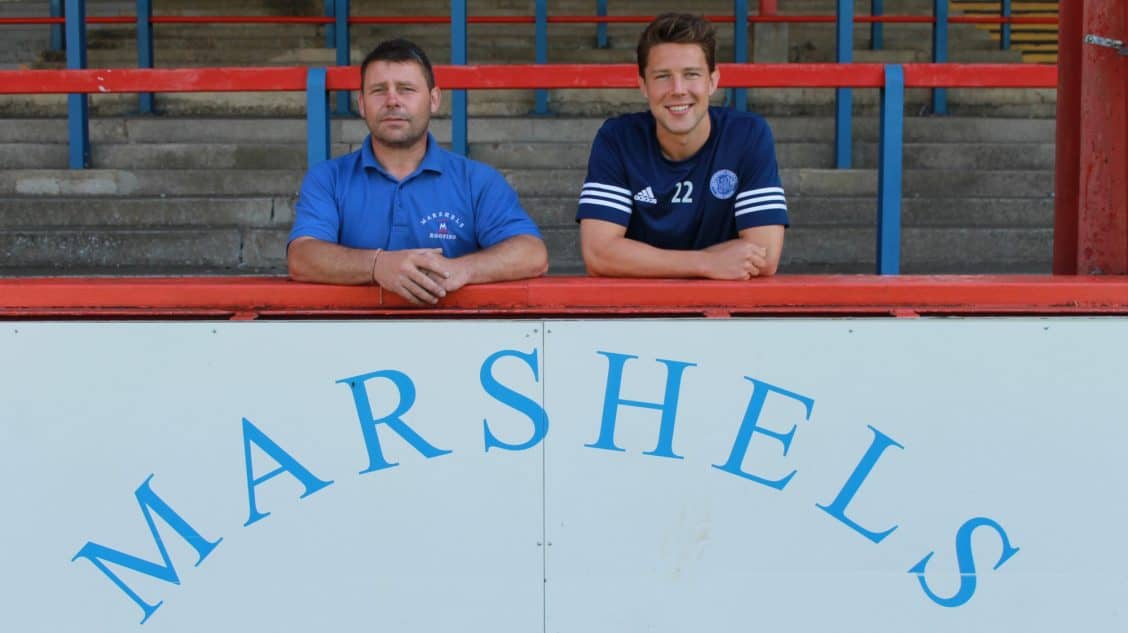 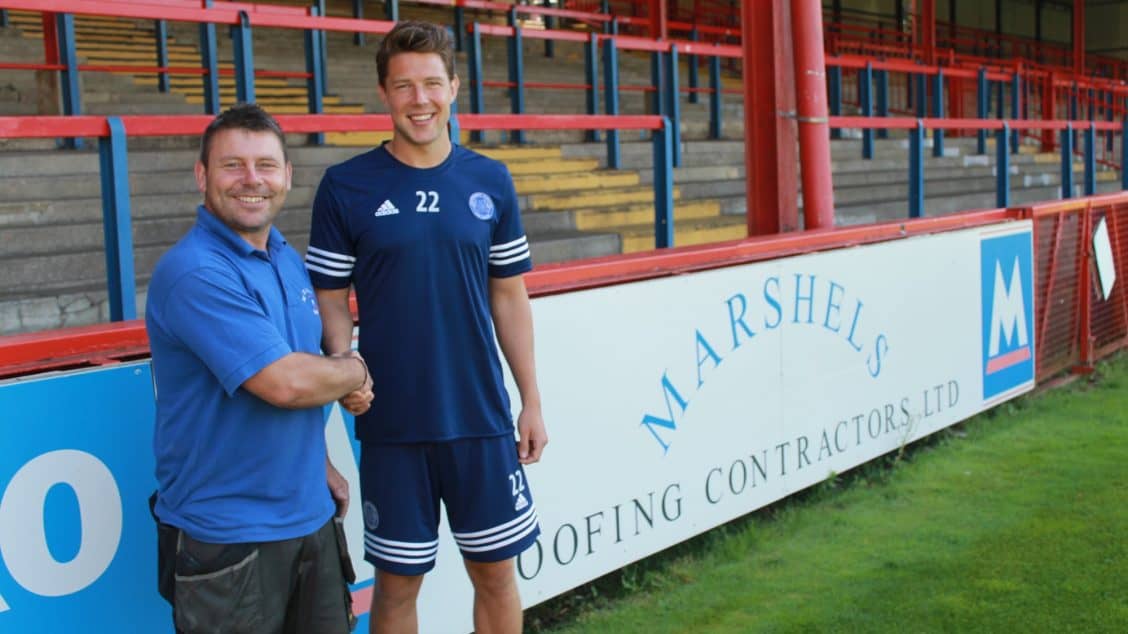