A tense and tiresome ending for Aldershot Town after a game full of opportunity finally brought a Maidstone equaliser in the final seconds of the game.

The aptly-named Gallagher Stadium witnessed a goal for Jake for the second consecutive season, when his perfectly-timed turned shot found the bottom left corner in the 74th minute. The Shots continued to dominate until the 95th minute when every Maidstone player, including goalkeeper Lee Worgan, attempted to get their head to one final corner; eventually, Josh Hare’s touch hit the post and, agonisingly, the back of the net.

Maidstone began apace, with Joe Pigott a particular threat, but the creative partnership between James Rowe and Bobby-Joe Taylor soon began to dictate much of The Shots’ best play.

Yet it was a frustrating start for both sides, as Worgan and Jake Cole produced some incredible saves. In the 26th minute, Captain Callum Reynolds’ long ball found Shamir Fenelon; Fenelon’s cross left striker Matt McClure with a clear opportunity but Worgan’s flying parry was equal to hispowerful header.

In front of a packed away end, the resulting corner saw Will DeHavilland’s header fly just past the post from eight yards.

Soon a Shots counter-attack brought another fine save from Worgan, to deny Rowe’s 25-yard drive, but although the visiting defence were again thoroughly diligent in their work, they were grateful to Cole on several occasions.

Played in by Pigott’s back-heel inside the box, Jai Reason crossed to Delano Sam-Yorke, seemingly certain to score until Cole brilliantly clawed the ball off the line.

The second-half, prior to Gallagher’s goal, continued at the same frenetic pace. Ten minutes in and a low, hard drive from McClure, after Taylor battled to keep possession, forced Worgan to make an important low save.

Cole, again, responded with fine work of his own, tipping Pigott’s free-kick over the crossbar and then producing a carbon copy of his earlier save, as Pigott’s cross found Sam-Yorke unmarked at point-blank range.

In between, Kellermann had hit the crossbar, and Gary Waddock’s substitutes again made a crucial impact. Just three minutes after coming on, Gallagher found space in the penalty area to angle a shot across goal and Worgan was finally beaten.

The goalkeeper, though, had the last laugh, throwing himself into the 95th minute attack which brought the equaliser and hooking over the cross which led to Hare’s header.

Unfortunately, this twist in the tale somewhat dampened the spirits of the 350 Shots fans behind that goal. However, still one point ahead of the chasing pack in the National League table, Waddock’s team travel to Meadow Park on Saturday to face Boreham Wood looking to extend their unbeaten start. 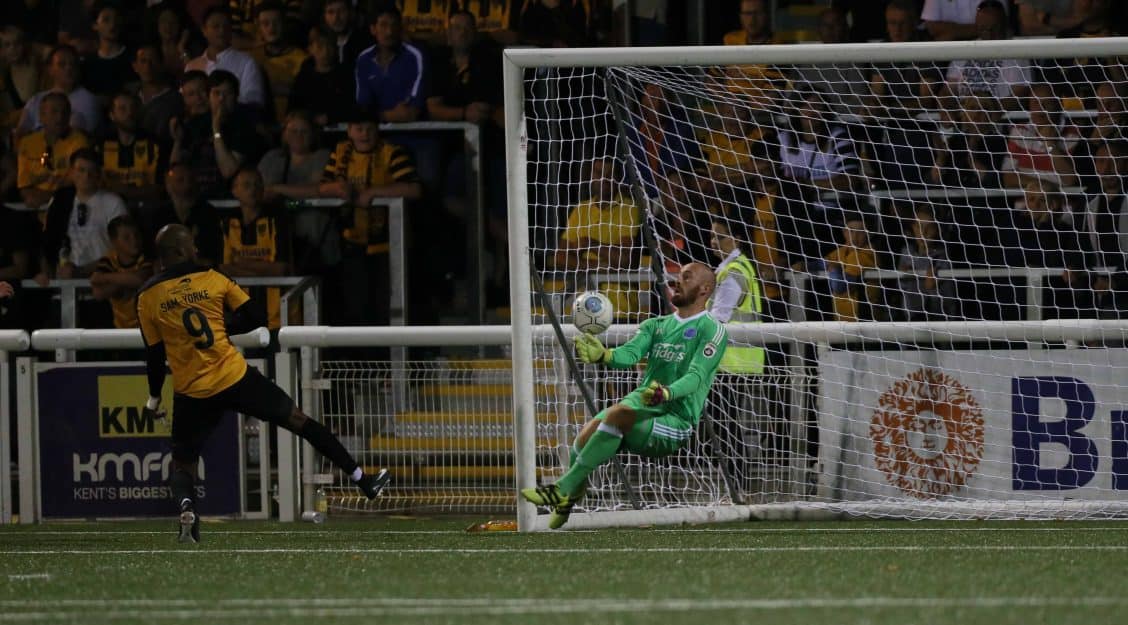 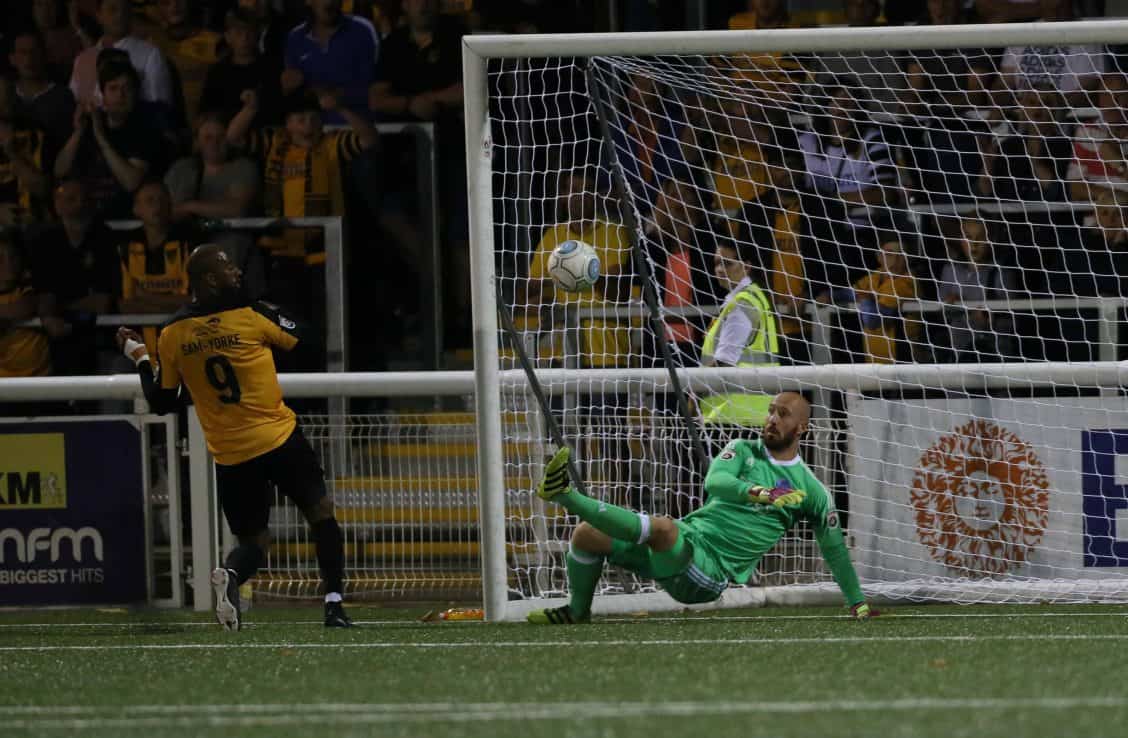 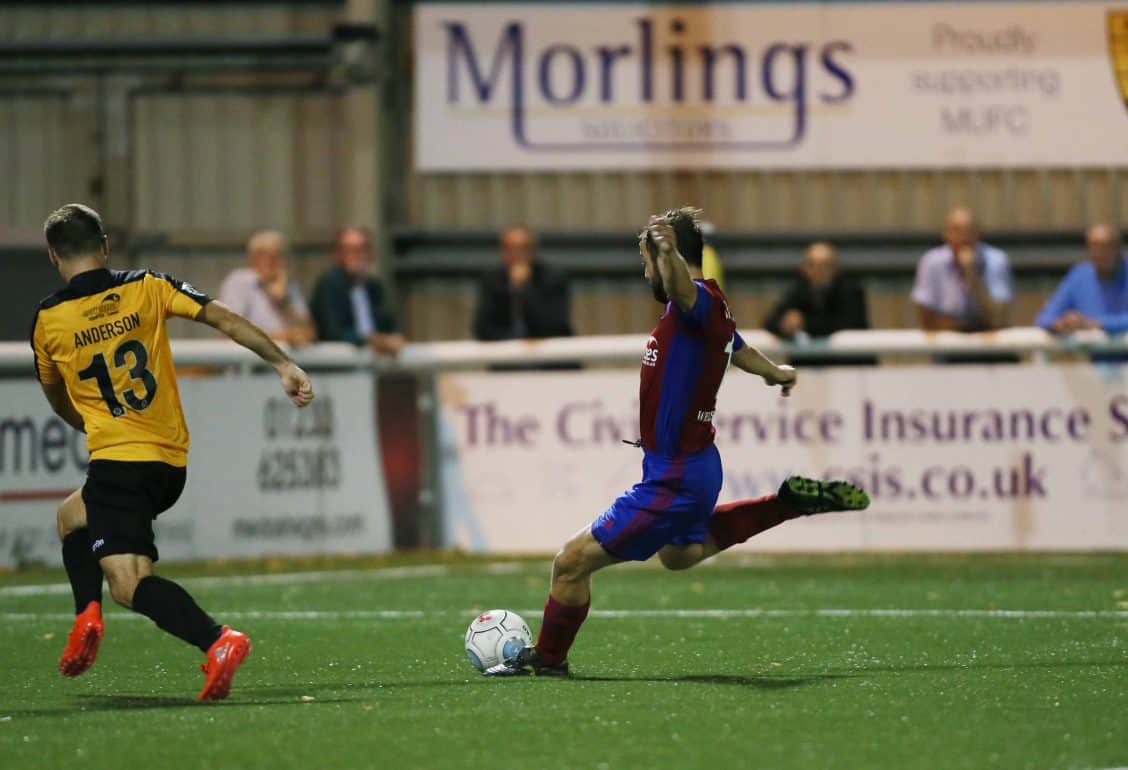 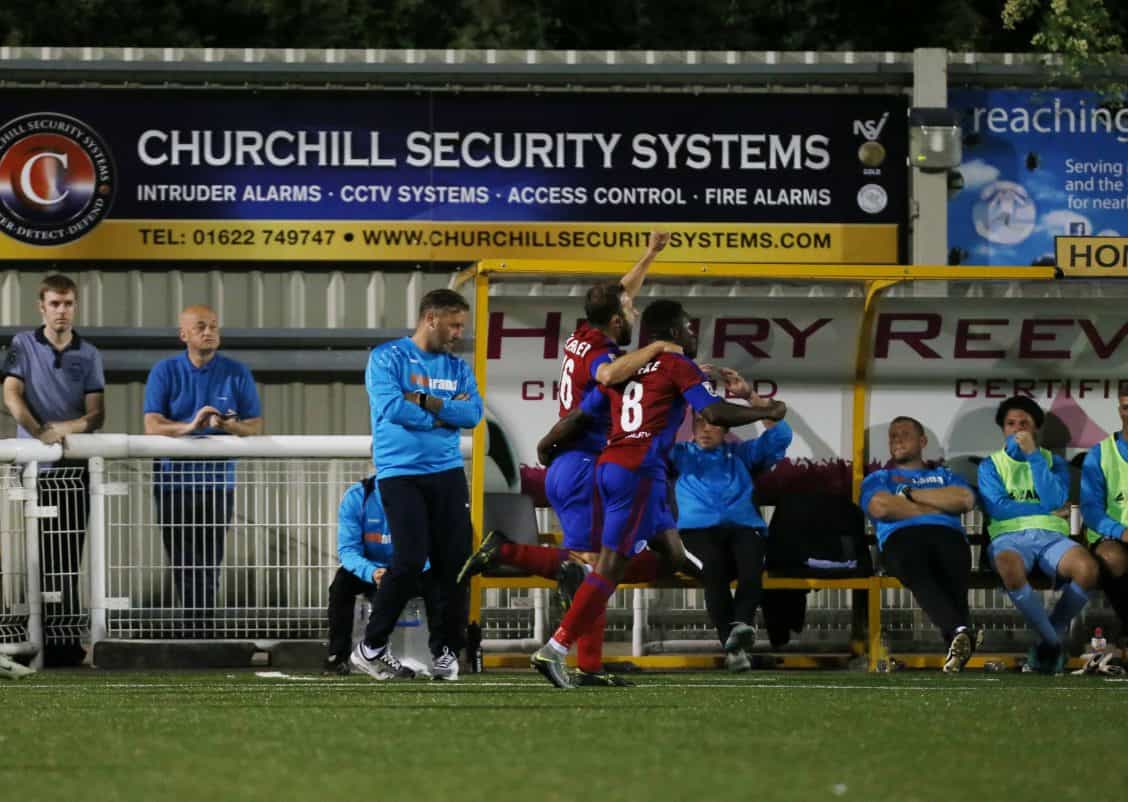 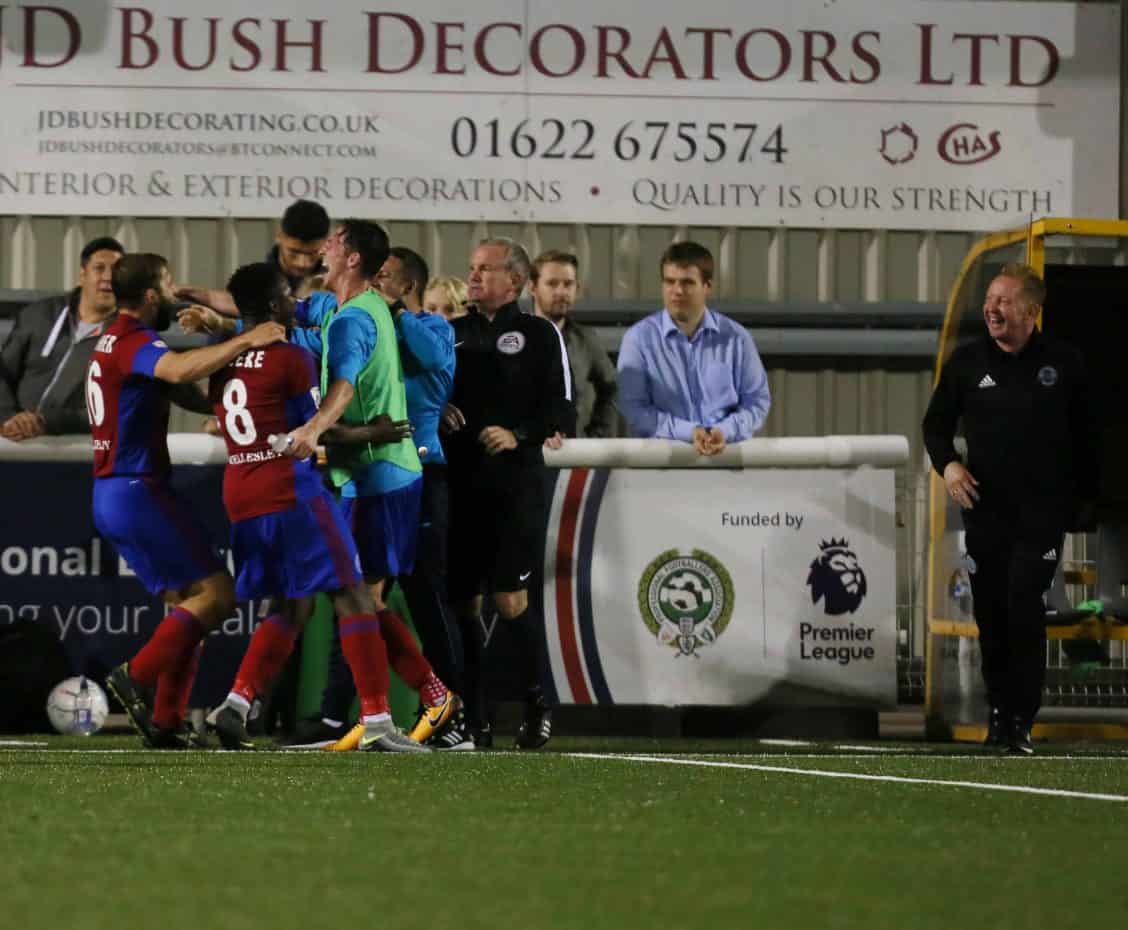 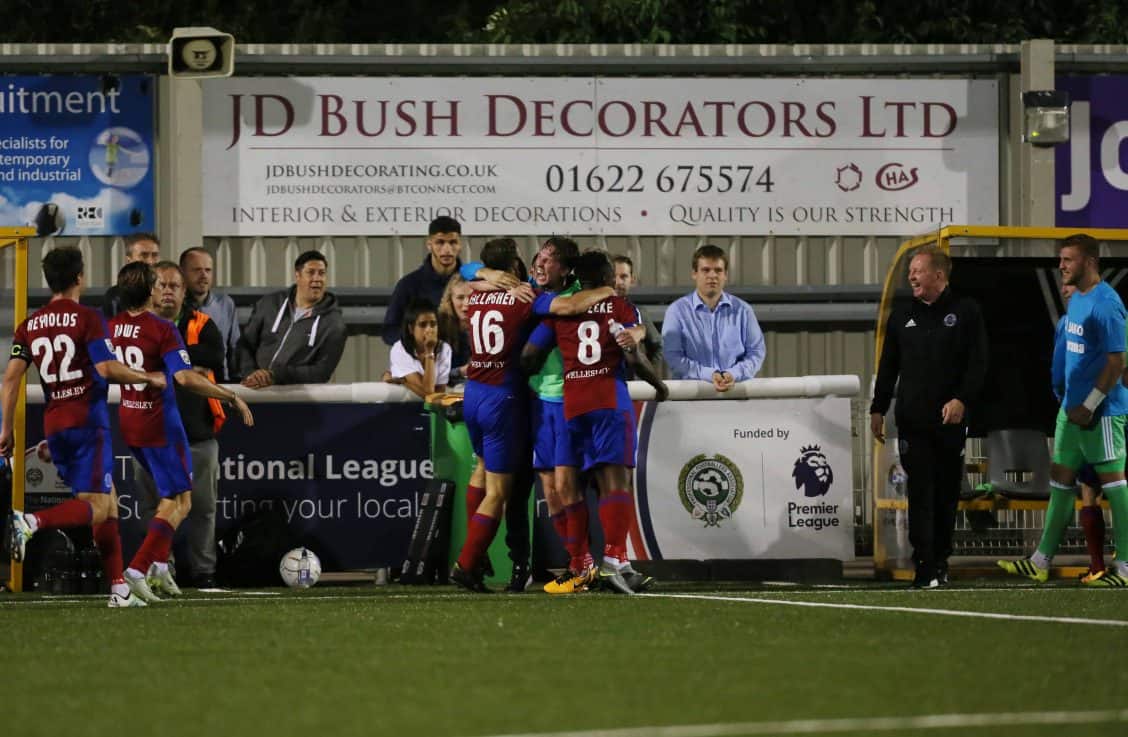 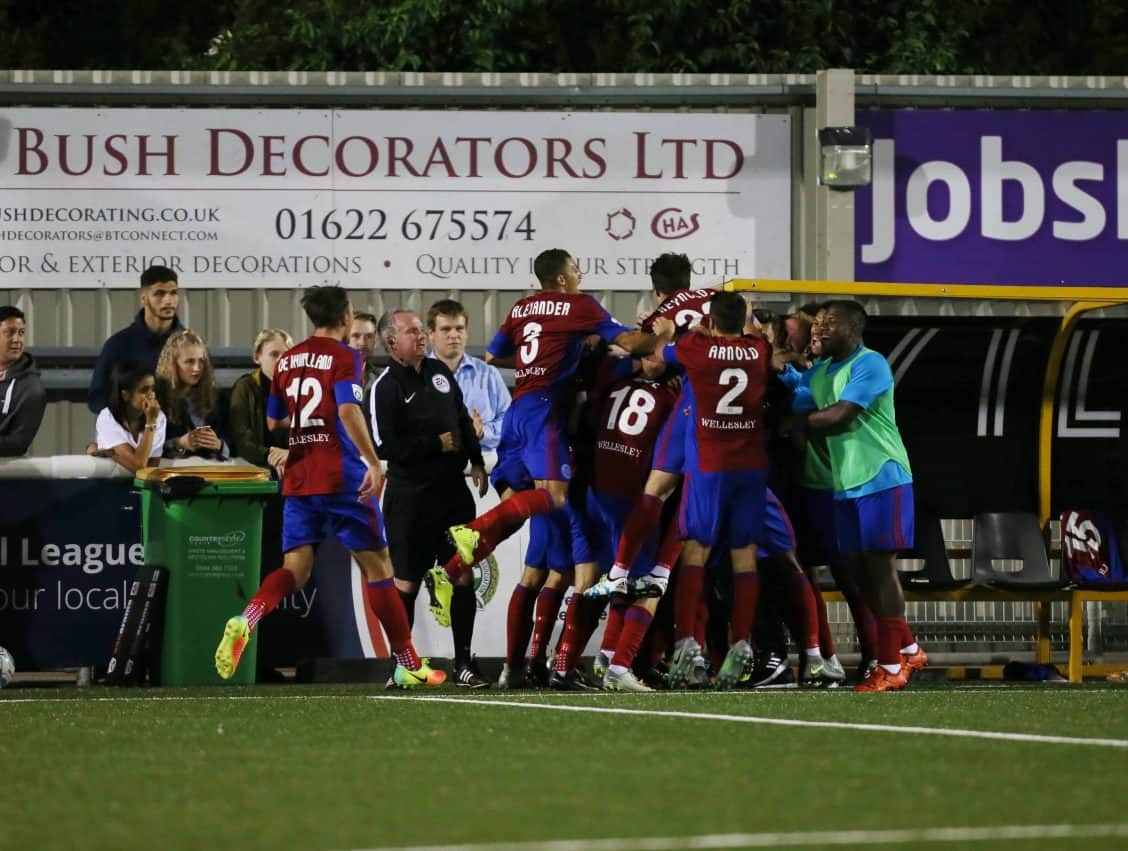 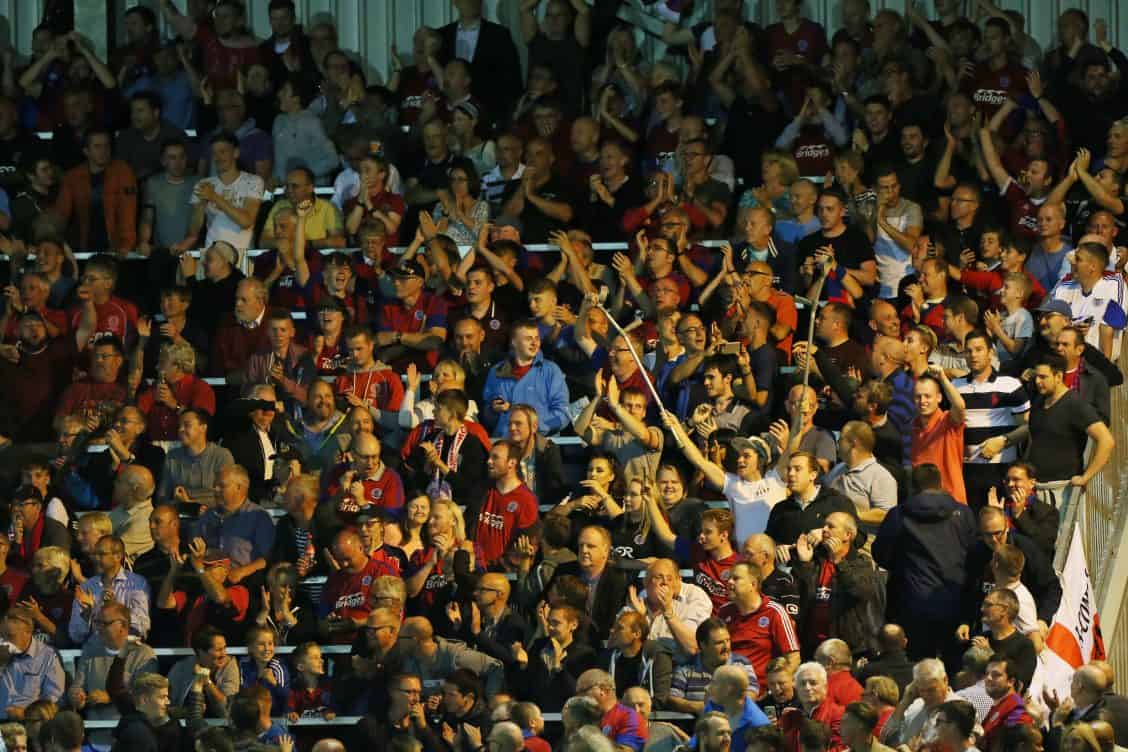 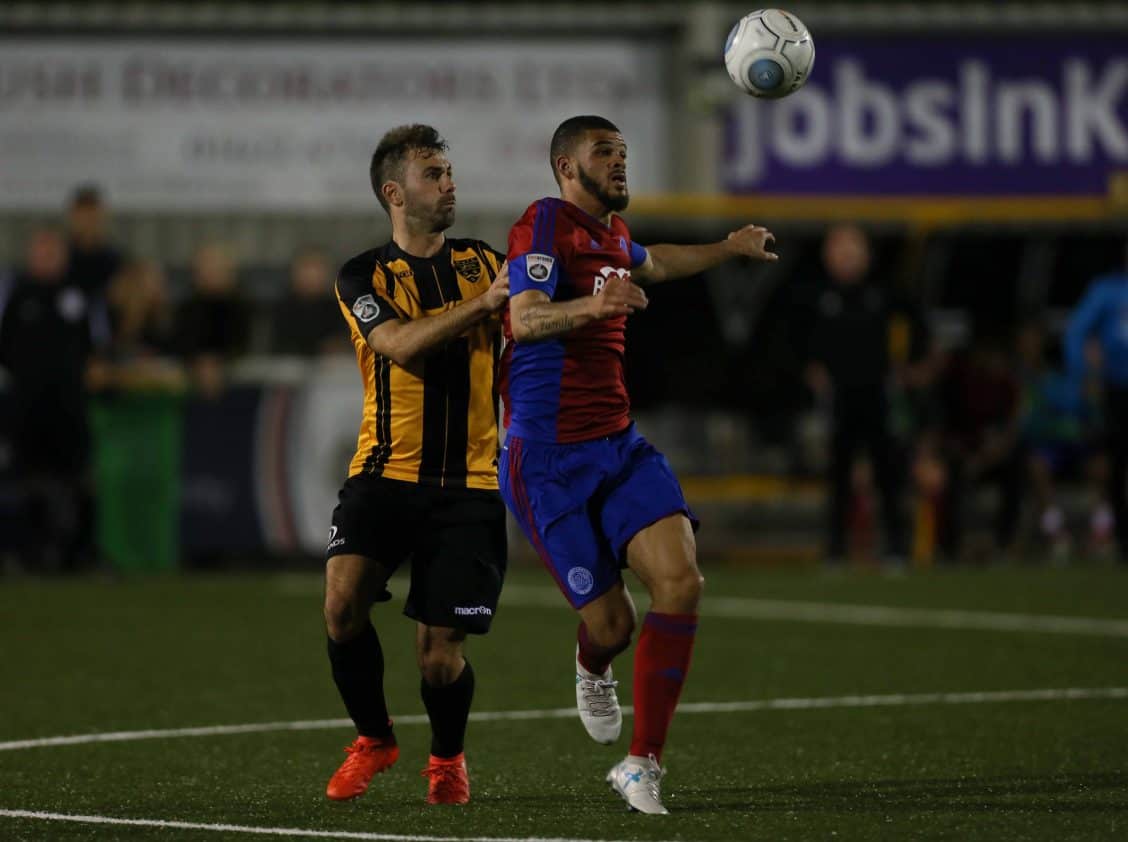 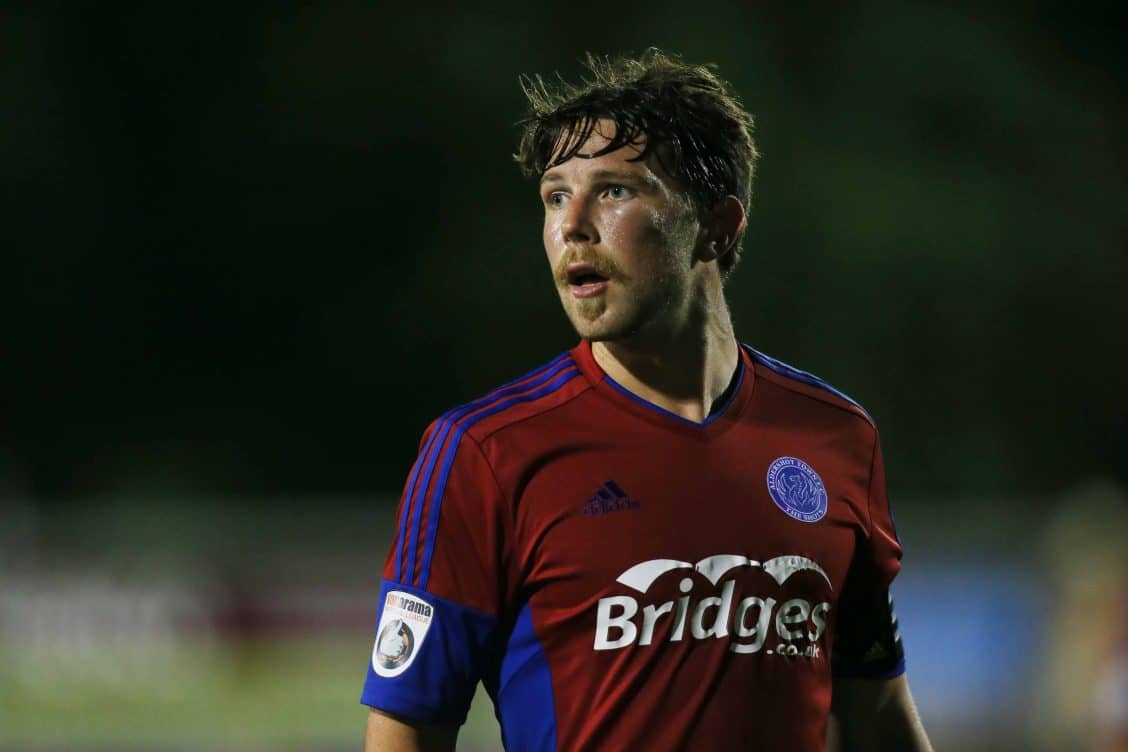 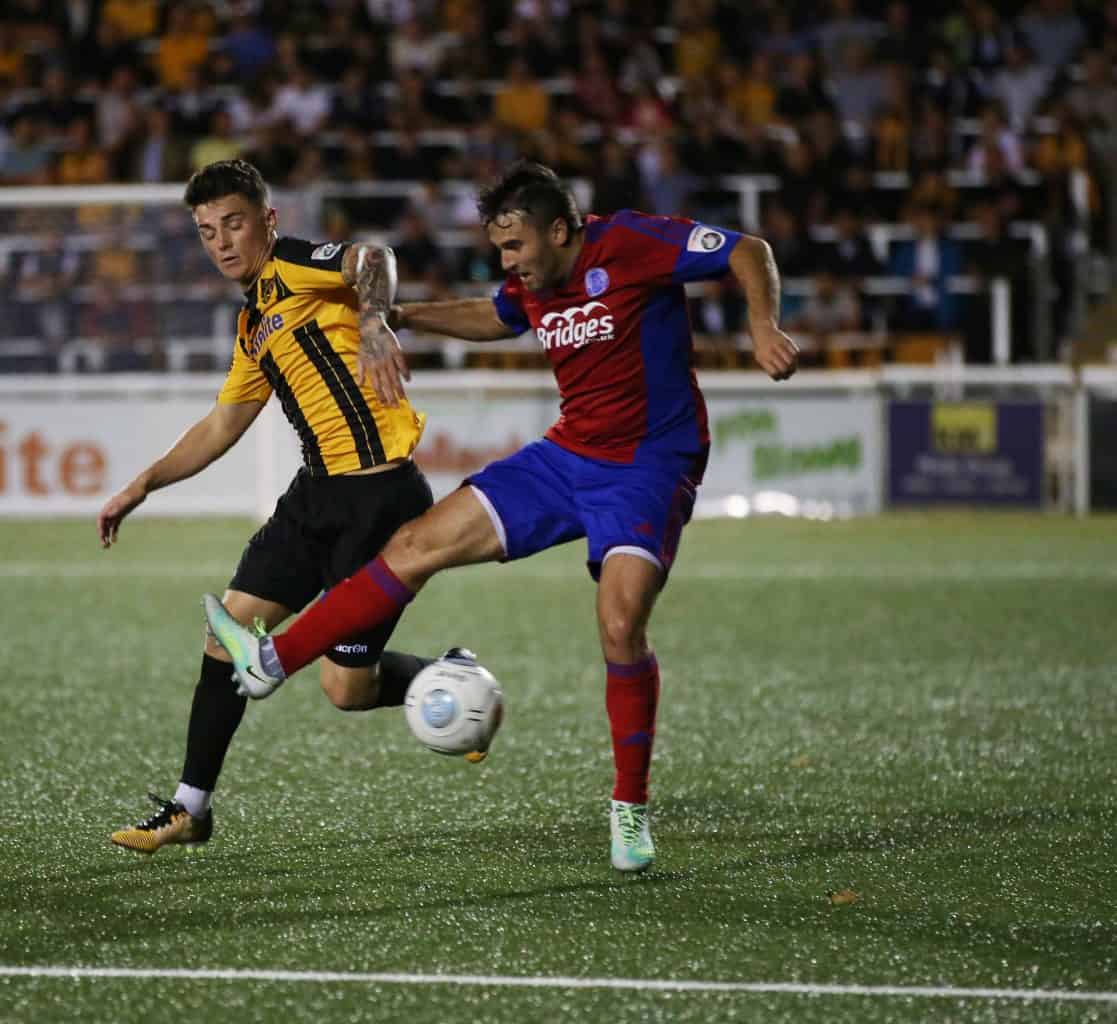 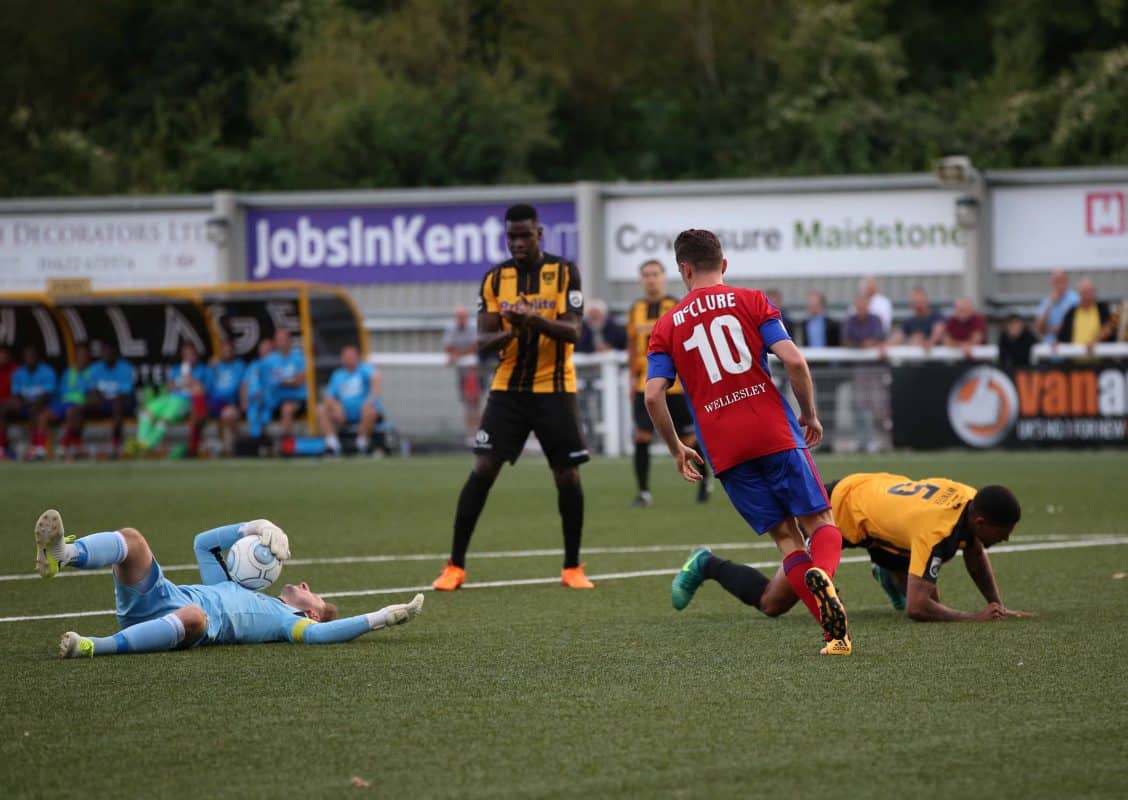 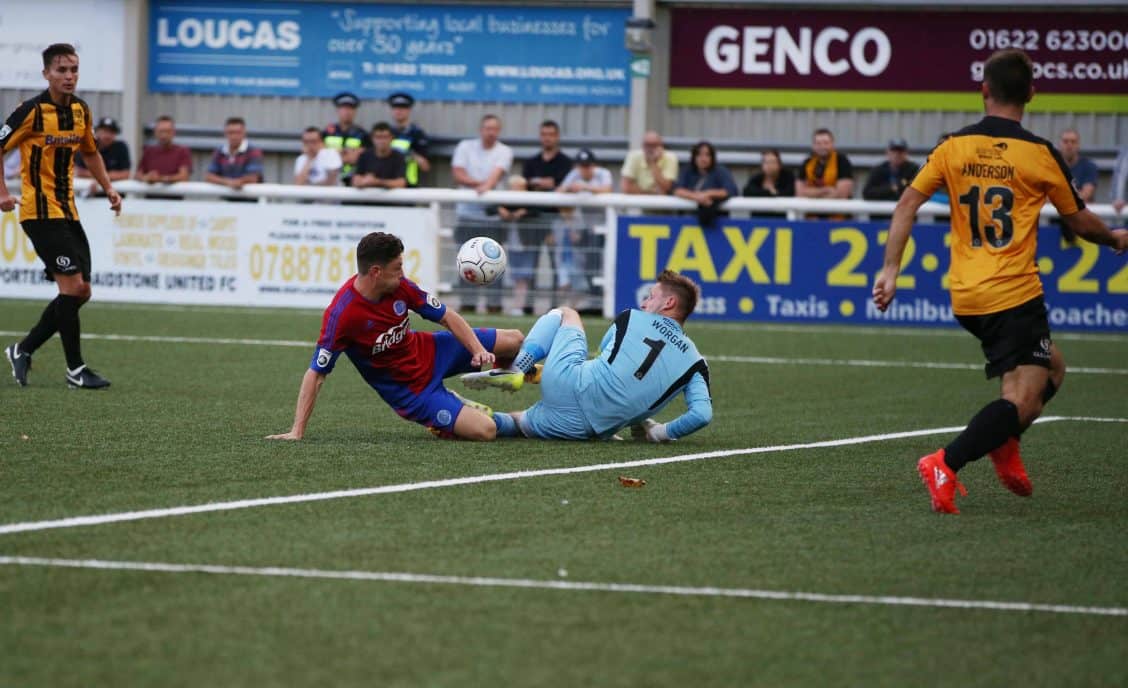 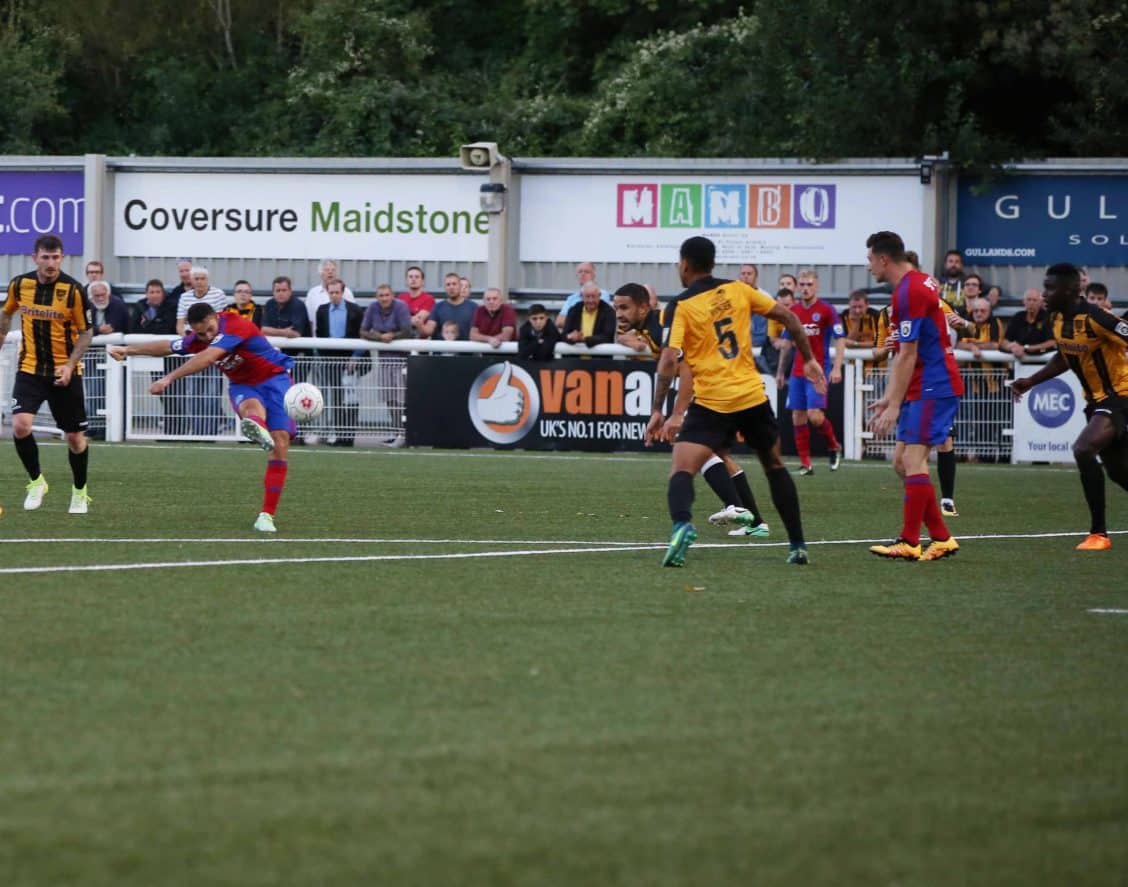 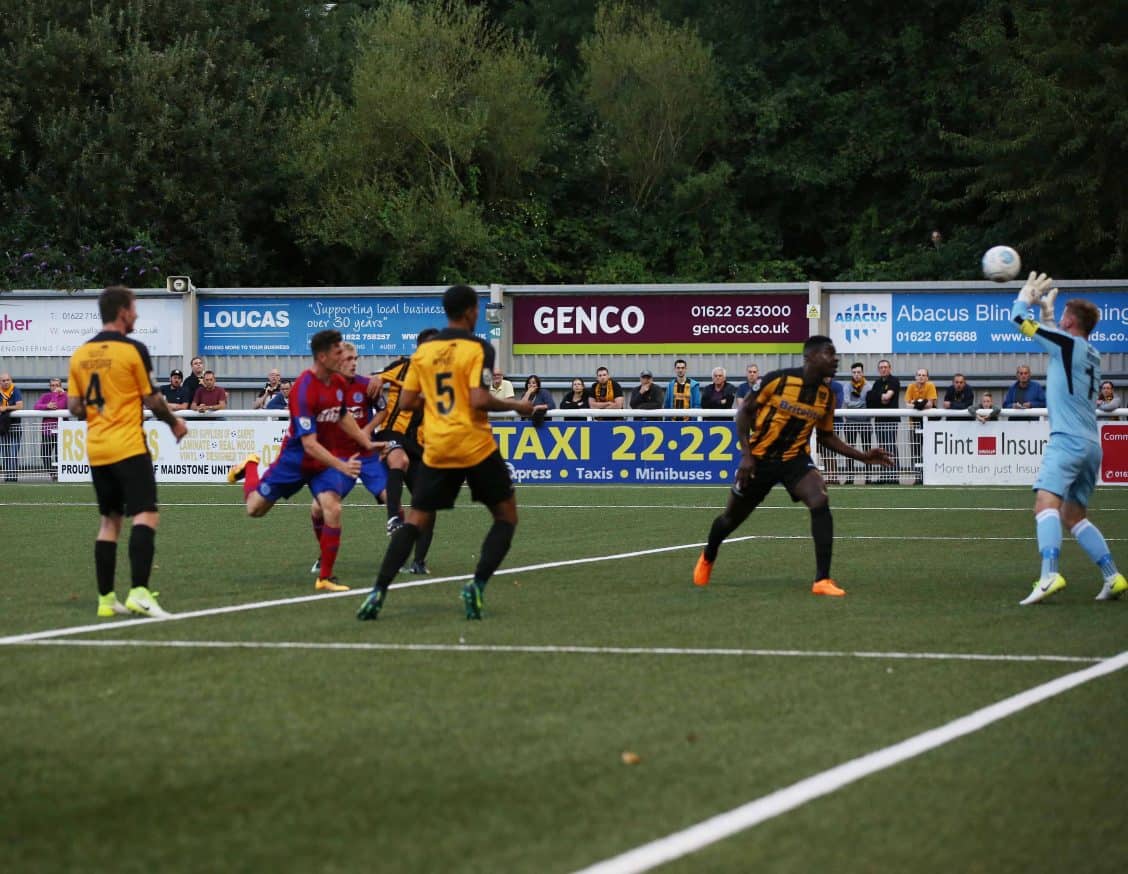 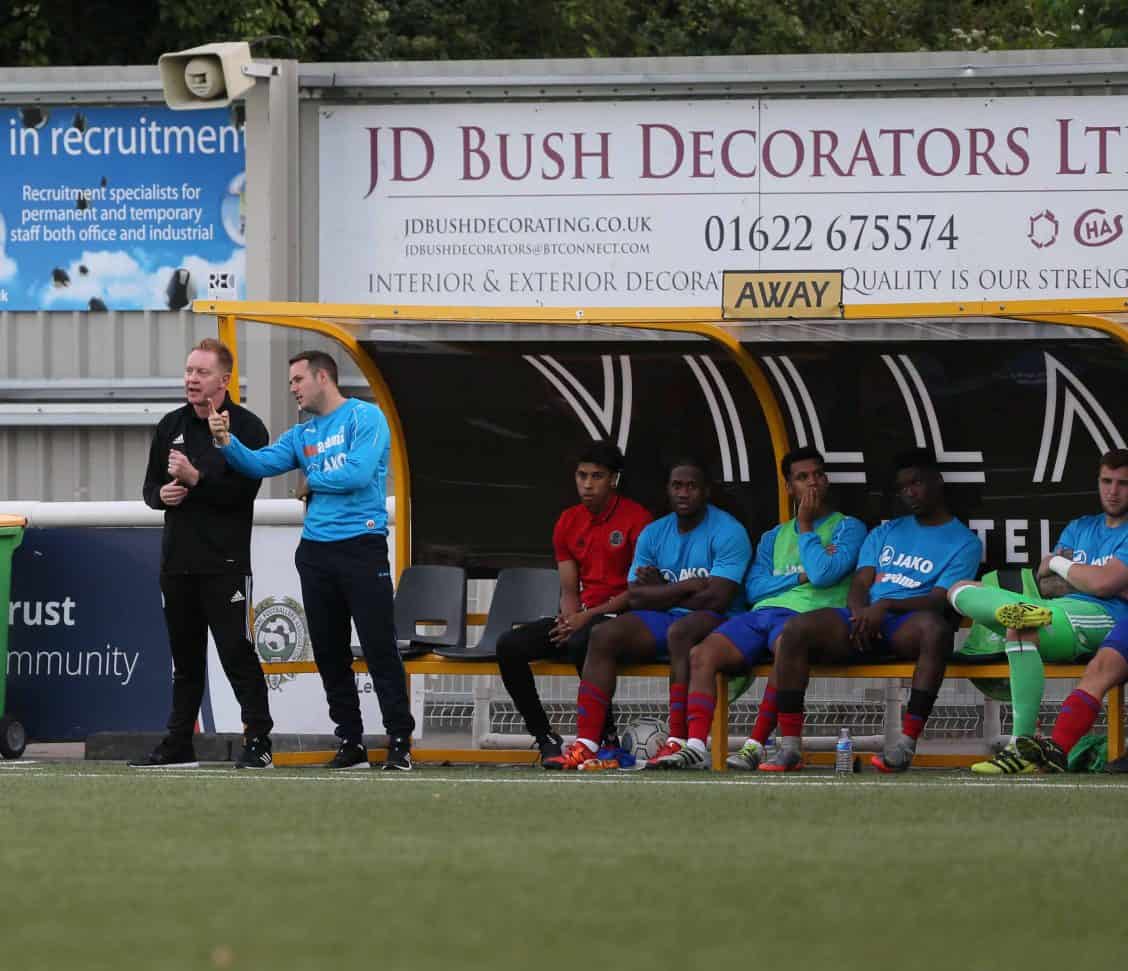 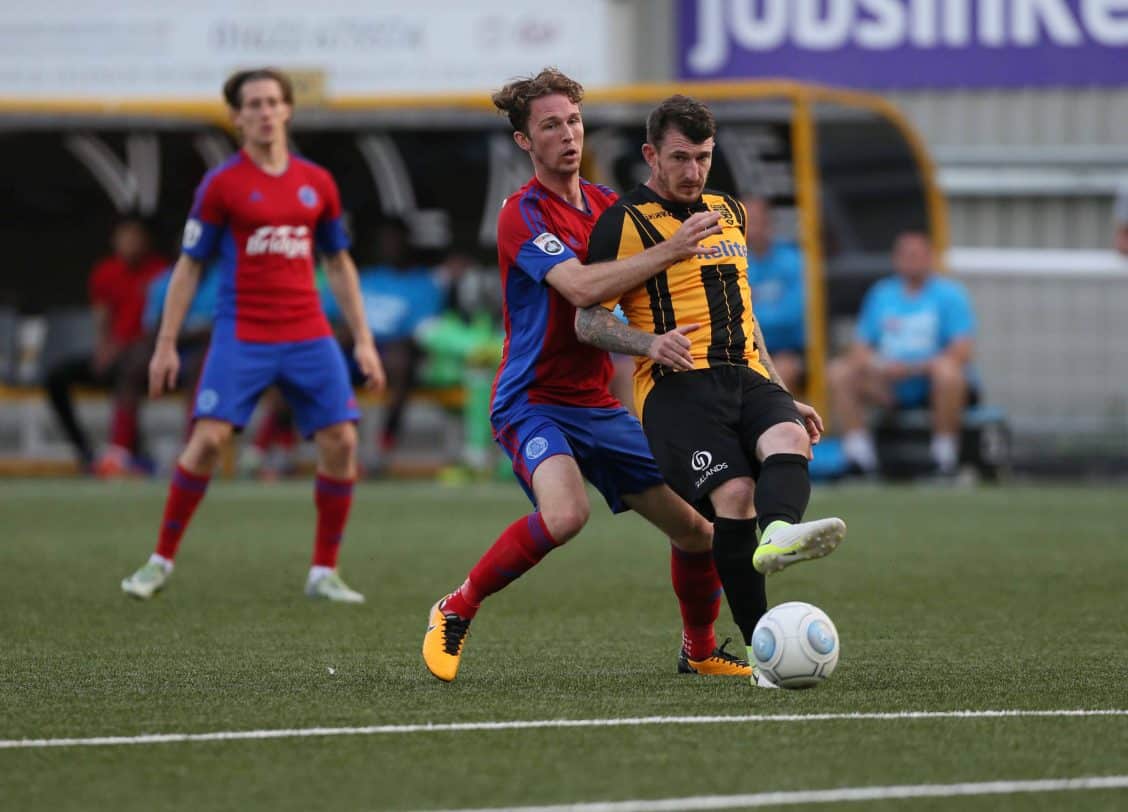 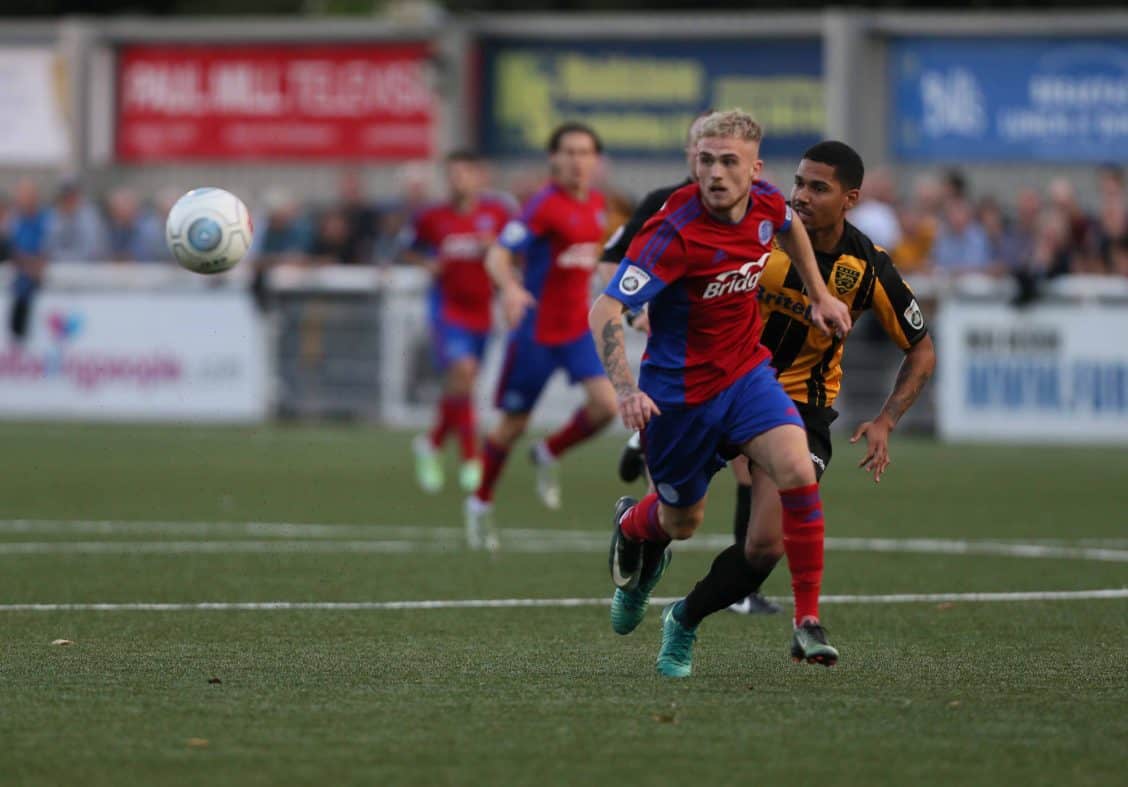 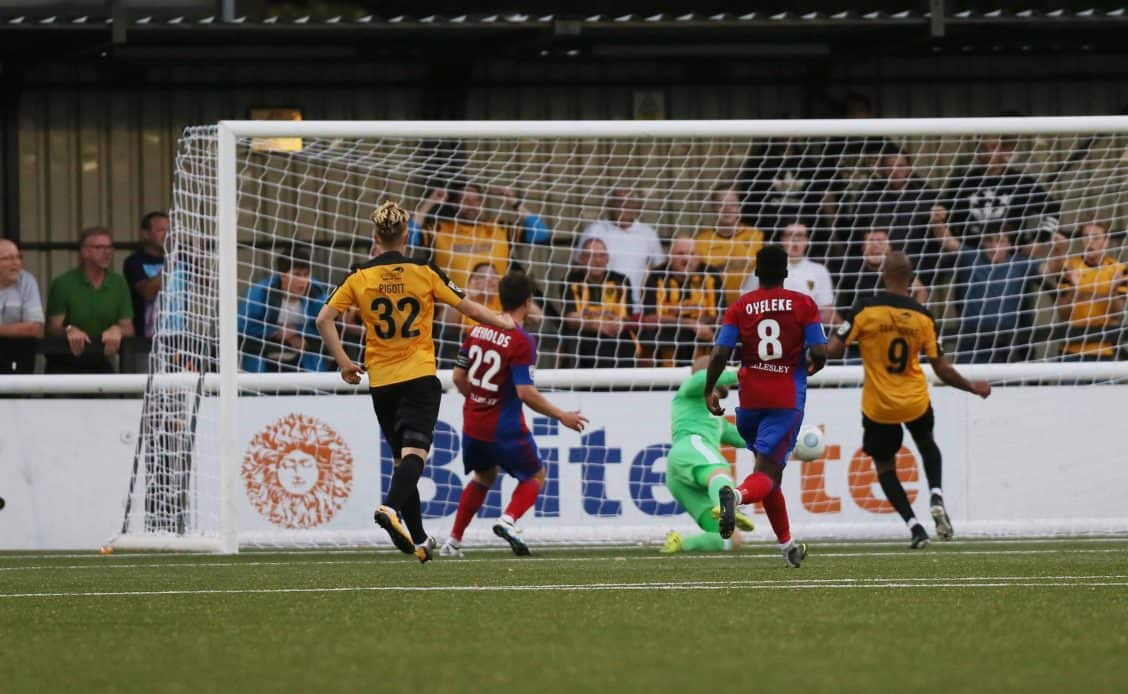 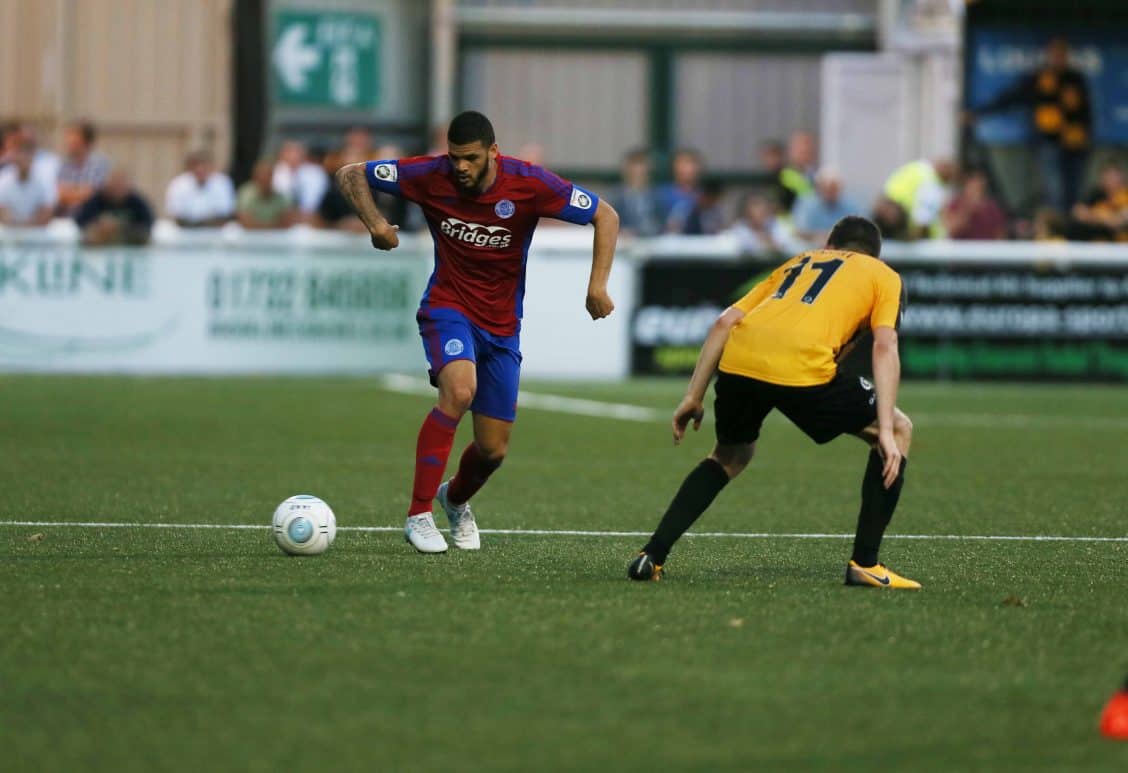