It was a 2-0 victory for Aldershot Town in sunny Macclesfield as Matt McClure and Kundai Benyu took The Shots into the Play-Off places.

It was a slow start for the visitors, though; their first breakthrough came when Nick Arnold’s long pass to Idris Kanu followed through to Kundai Benyu who was unlucky in getting a touch on it.

16 minutes in and Benyu’s shot on target was charged down, The Shots’ rebuilt but Jim Kellermann’s deep cross-shot was an easy find for Macclesfield’s keeper Scott Flinders.

The second-half saw the teams emerge with more determination to secure something more than a point from the game. The first attempt in the second-half was by central midfielder Kingsley James, whose 35 yard half-volley fell safely into Jake Cole’s hands.

The 59th minute saw Bernard Mensah’s neat through-ball to Benyu who slotted it straight into the bottom right hand corner, putting The Shots’ in the lead.

70 minutes in saw captain Callum Reynolds tackle ex Shots winger Rhys Browne, leading to a free kick 16 yards to the right of the goal; fortunately for The Shots it was cleared immediately.

The Shots’ fighting spirit was out in full force, highlighted when striker Matt McClure scored. Flinders punched away Gallagher’s shot, but unfortunately for him straight into the firing line of McClure who smashed the ball into the net from eight yards.

The final chance of the game came in the last few minutes when The Silkmen’s Chris Holroyd hit an angled drive headed towards the far corner until Cole got his fingertips on it.

With three wins in seven days, it’s hardly surprising the excitement levels have reached such heights. With play-off opportunities imminent, the next few games are crucial, especially with the annual Tour of Duty coming up next week. 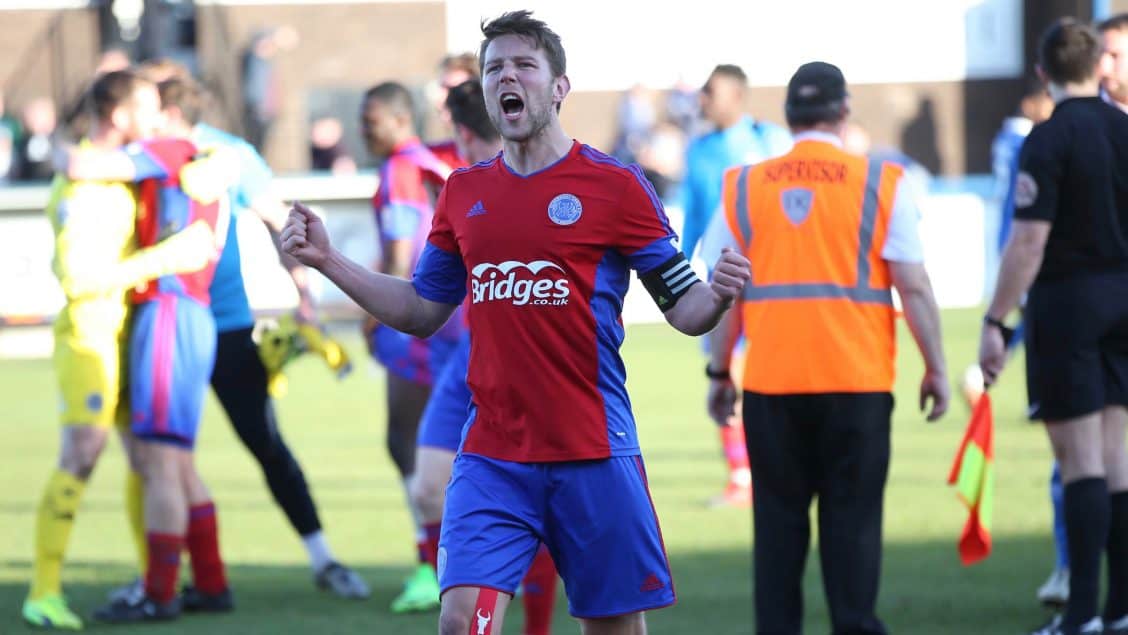 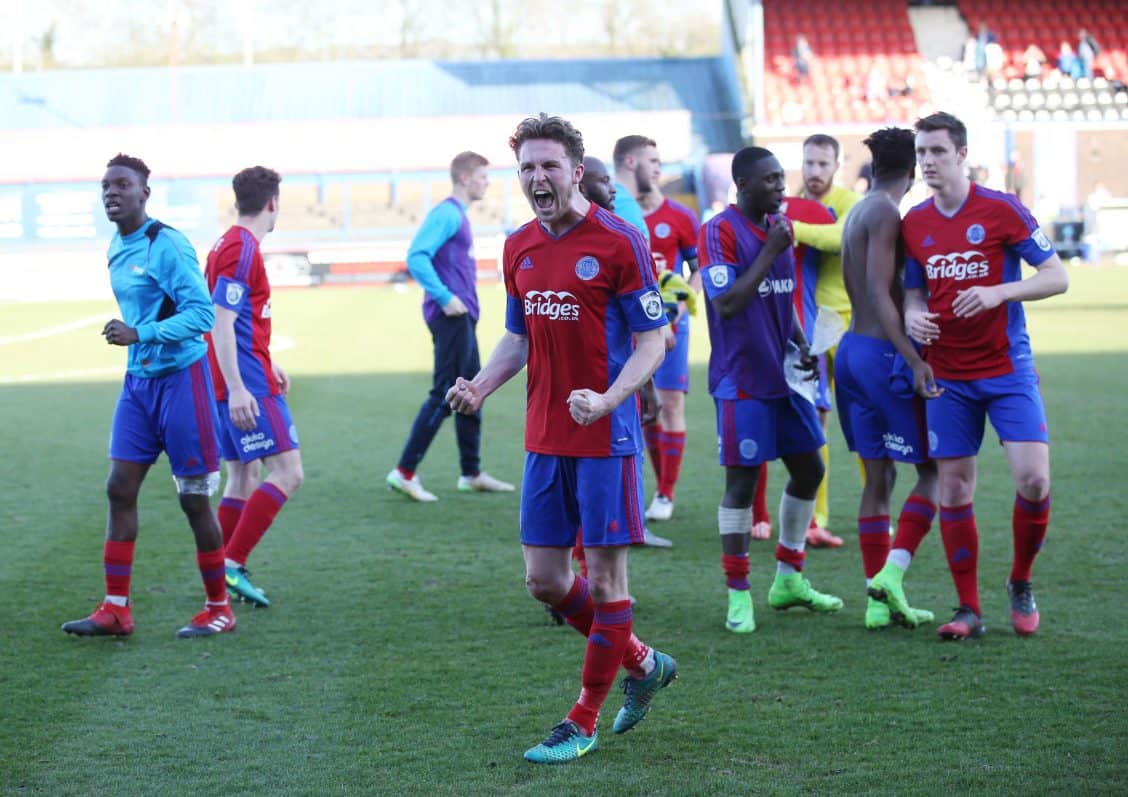 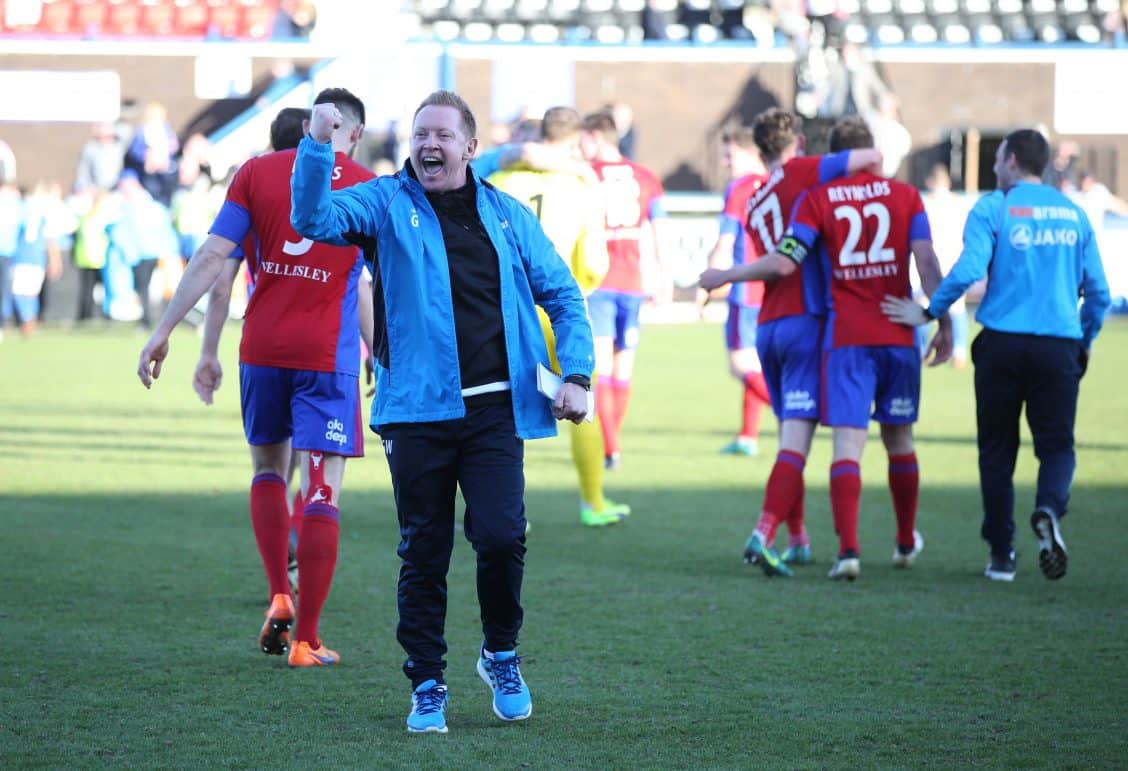 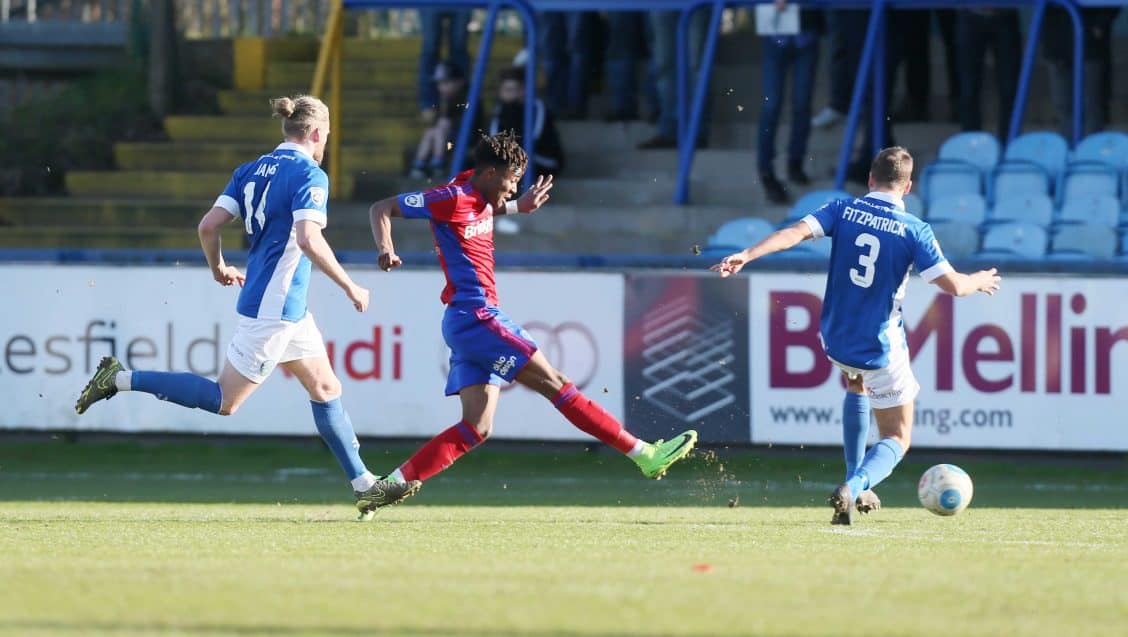 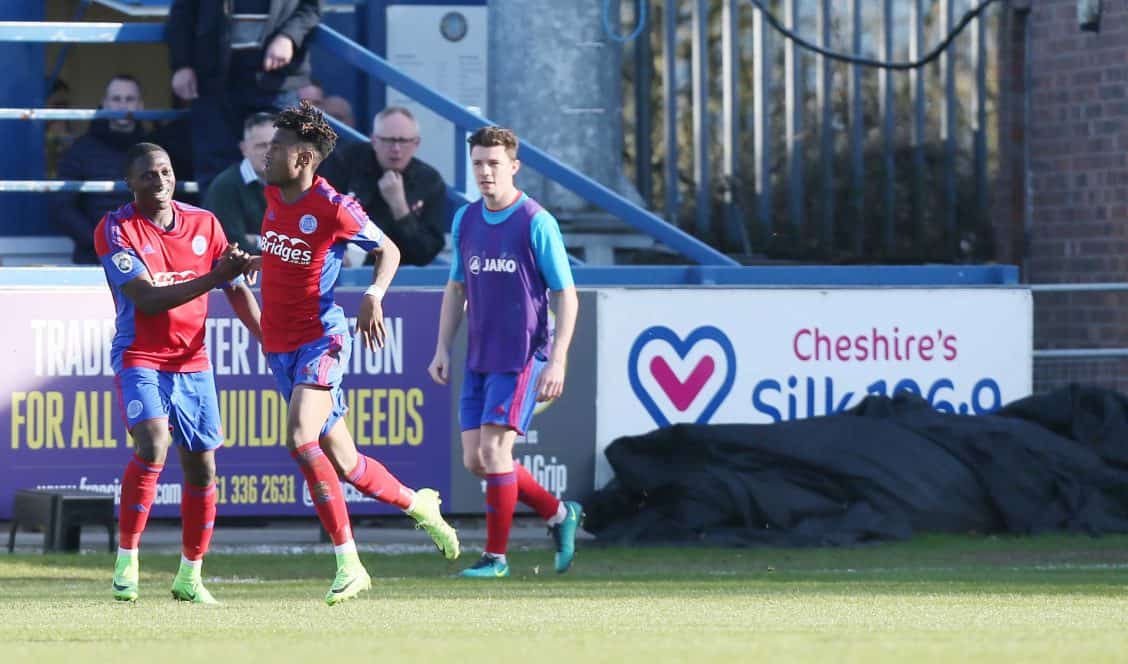 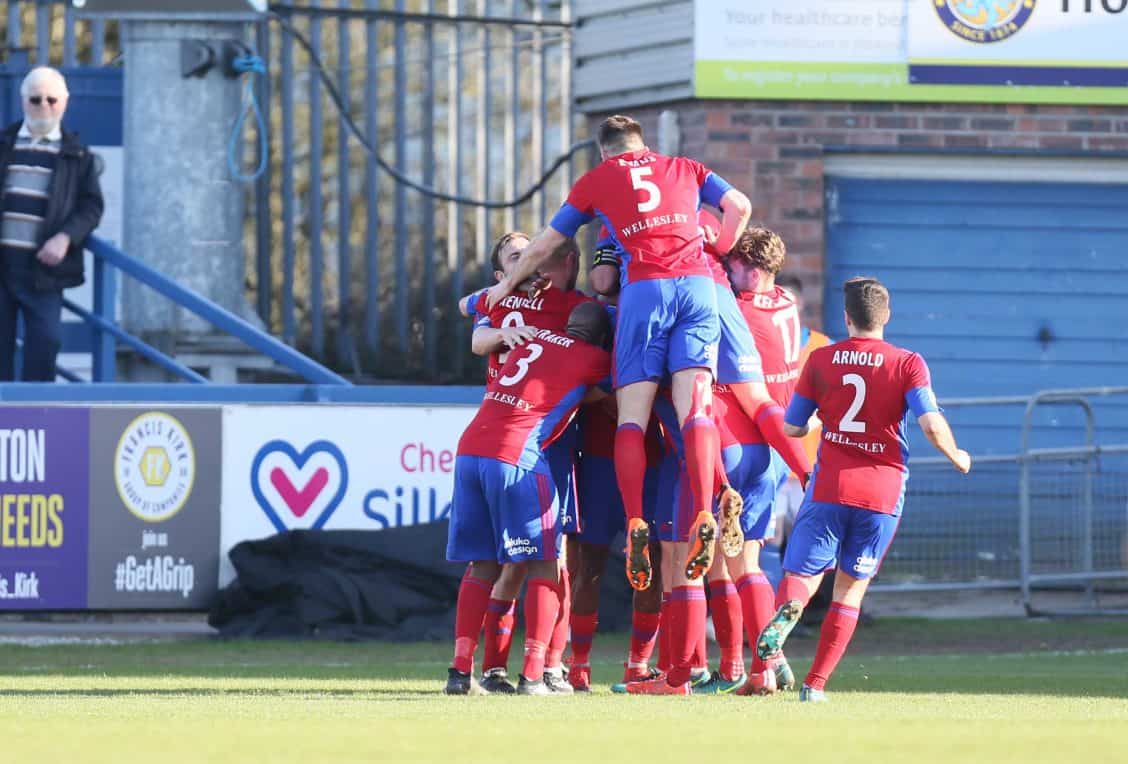 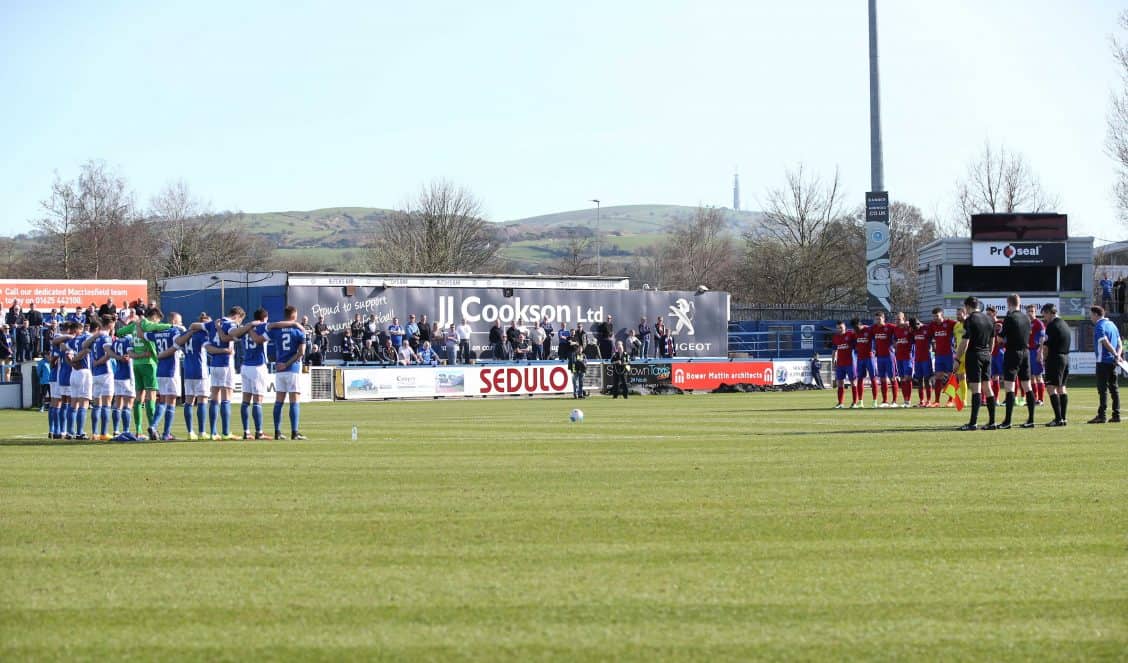 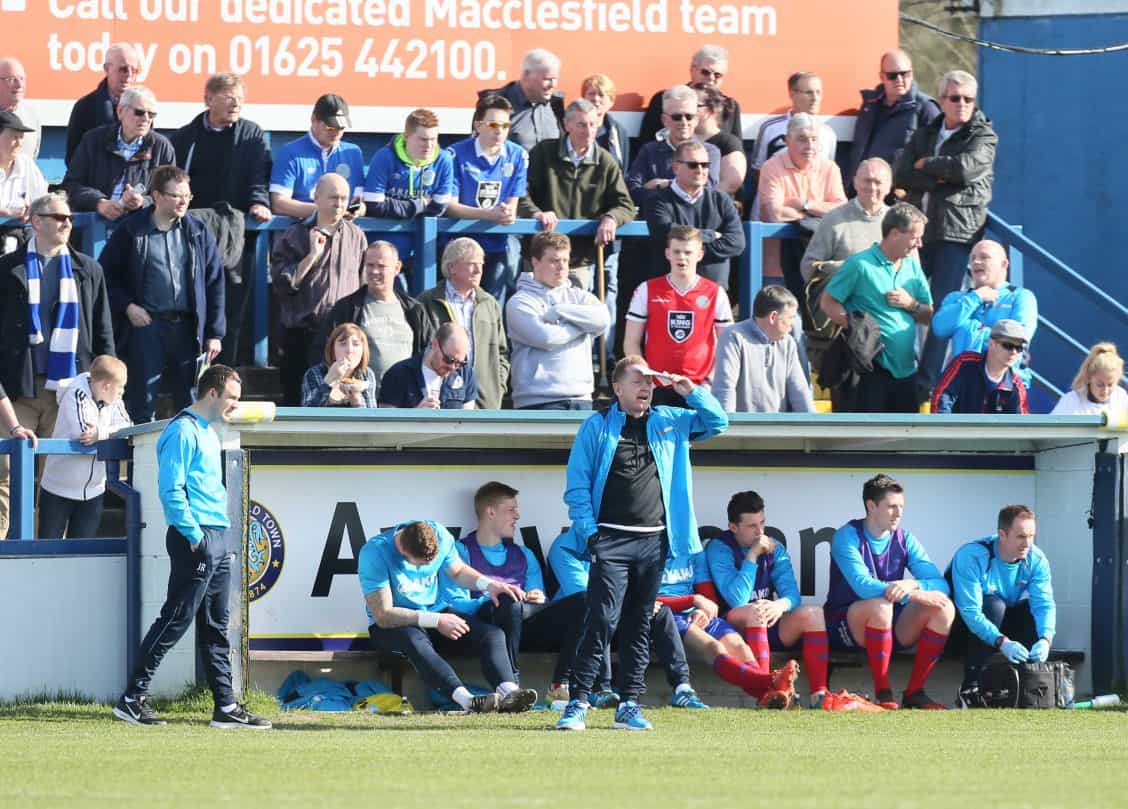 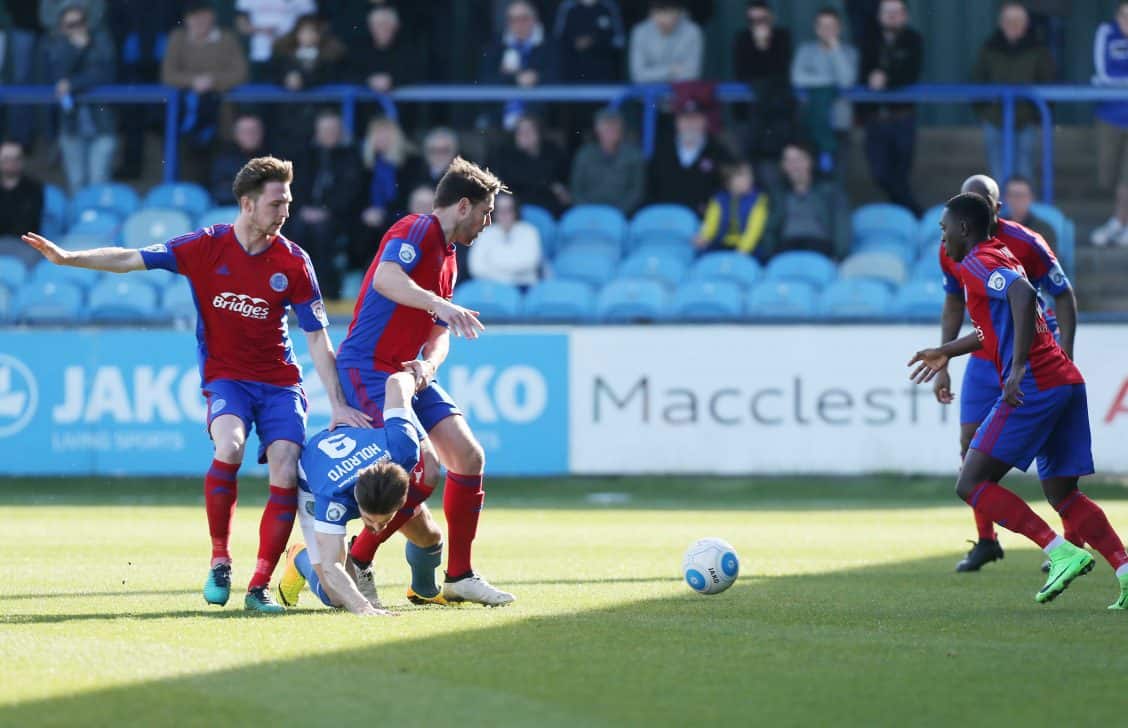 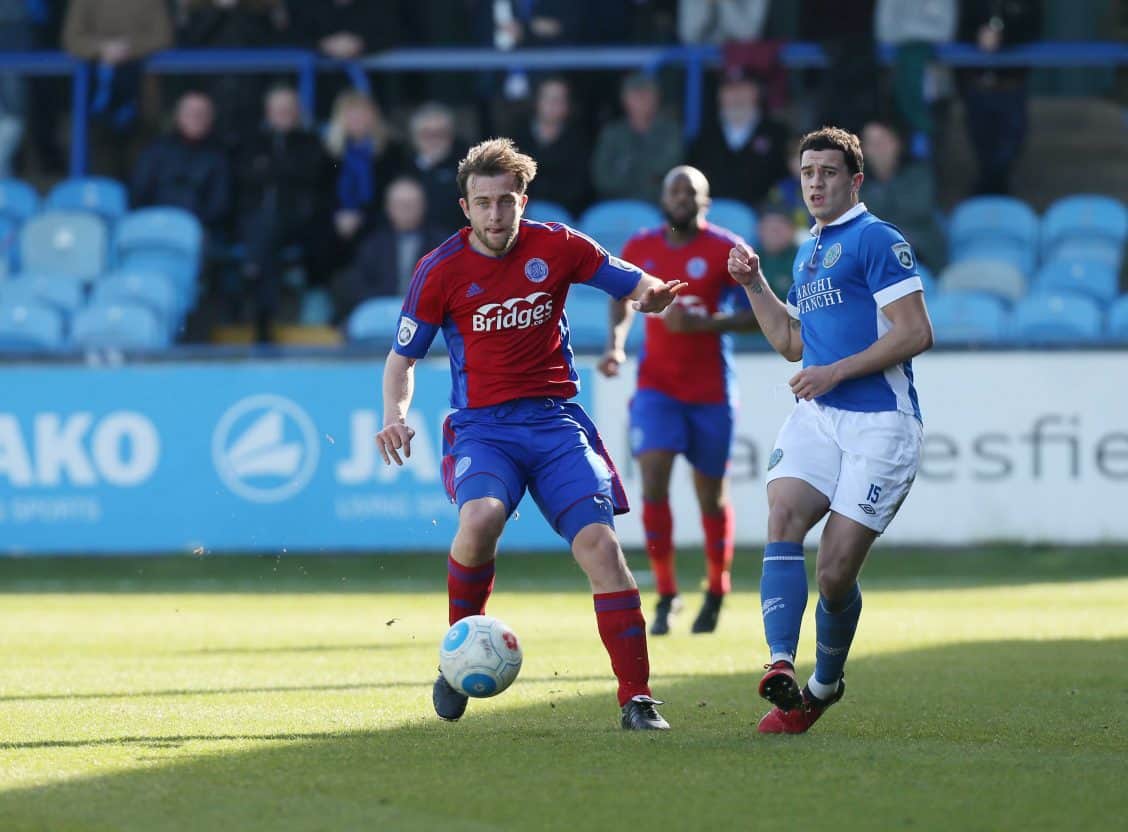 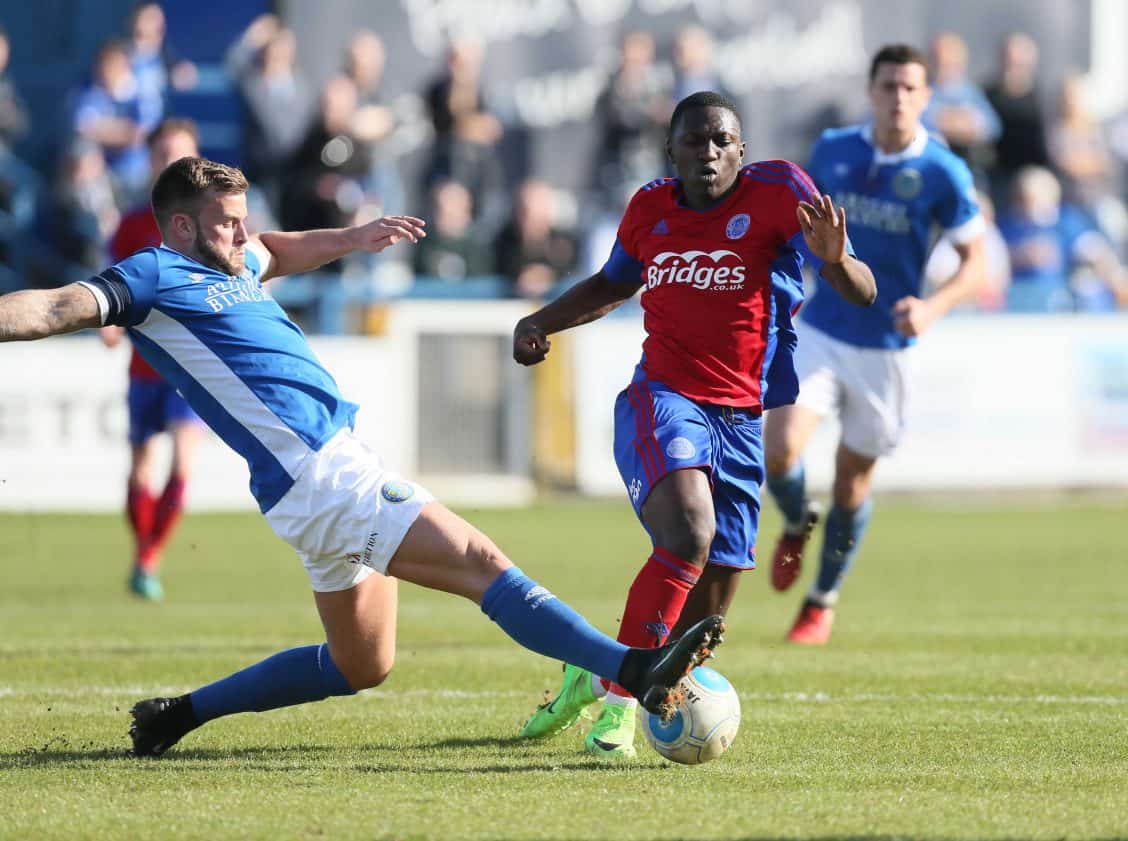 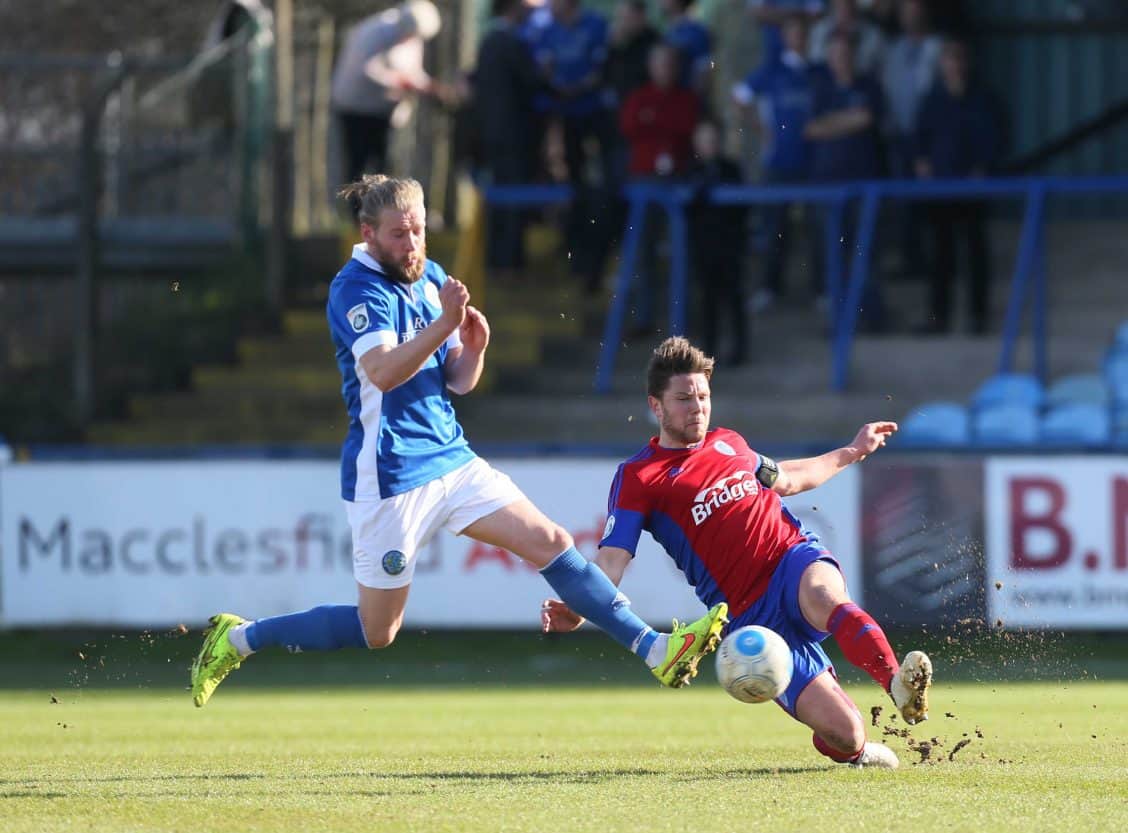 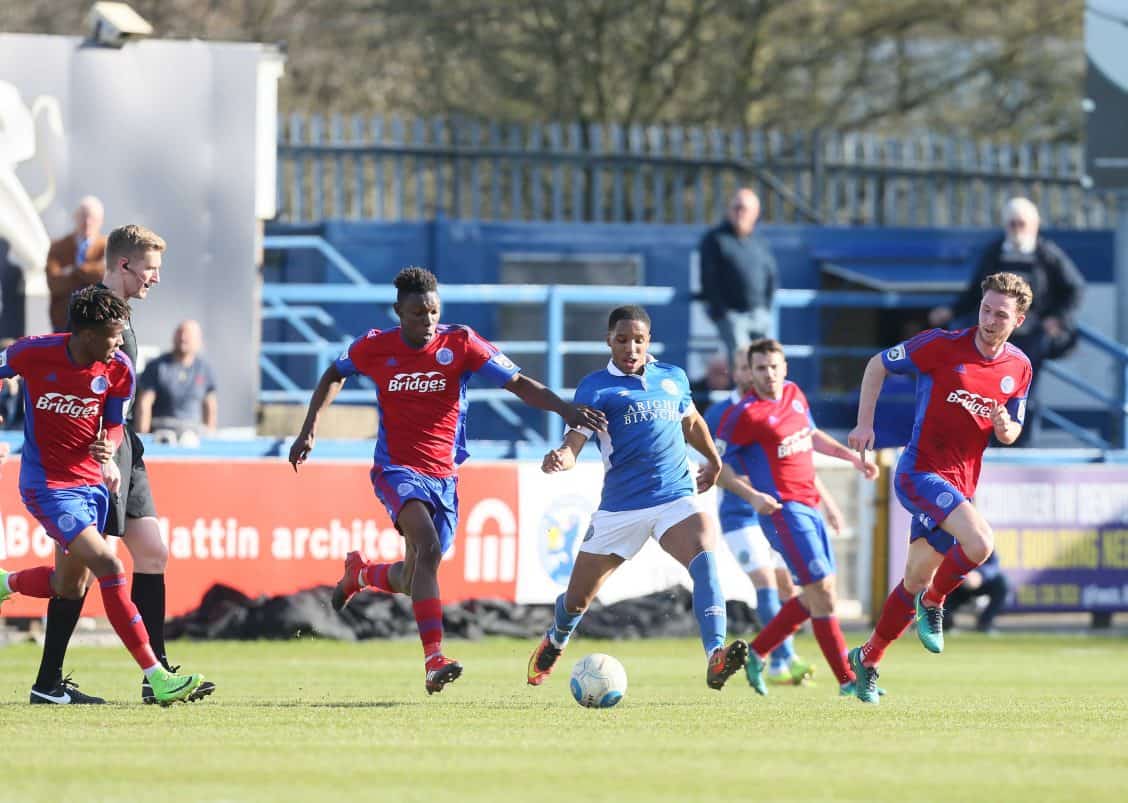