Saturday’s edition of your award-winning matchday programme is something of a goalkeeper’s special!

Jake Cole graces the cover, whilst our BIG Interview is with Mark Smith, who considers his unique life from between the posts and admits that he has learnt a lot from his fellow member of the Keeper’s Union already.

Callum Buckley plays the Alphabet Game, whilst Bernard Mensah selects his Team Mates XI, managed by a Premier League legend who appeared at the EBB Stadium a few years ago.

We hear from our new Chairwoman, and get exclusive columns from Gary Waddock, Callum Reynolds, Jack Rollin and Graham Brookland.

Victoria Rogers remembers a vital win against a fellow promotion challenger in On This Day, and Rob Worrall’s fanzone page celebrates an imminent 60th wedding anniversary!

All that plus Ian Morsman’s fantastic action galleries and loads more. Don’t forget your copy of The Shots on Saturday – all for just £3! 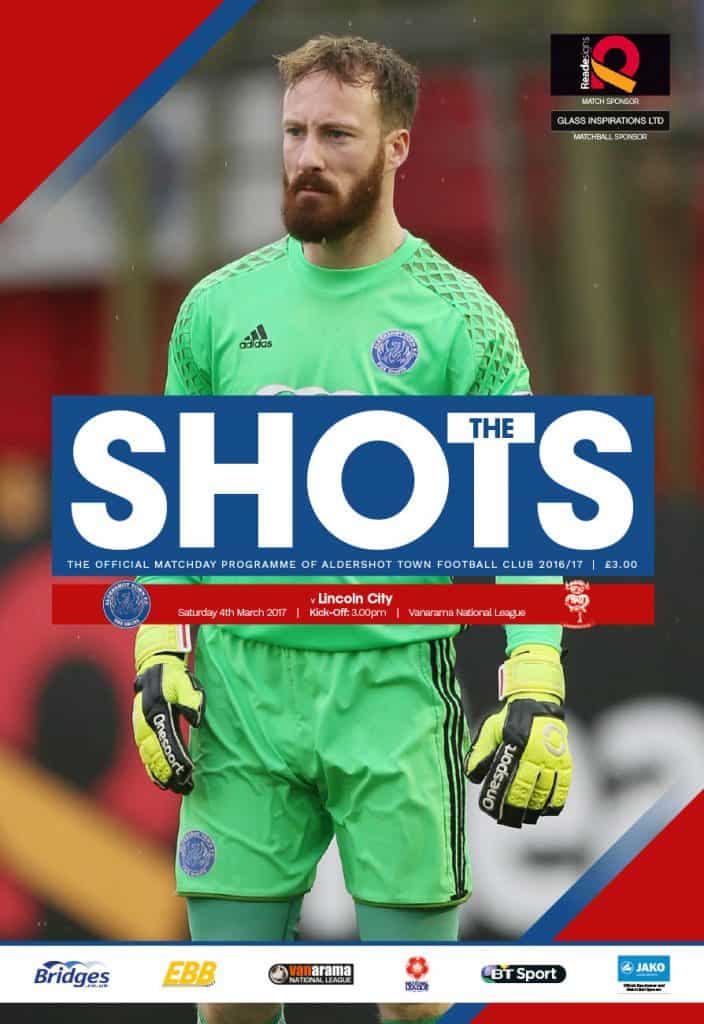