With the Play-Off semi-final second leg kit barely out of the washing machine, kitman Steve Francis was already beginning his preparations for the new season.

250 new items of training kit have arrived to have badges applied, with a further 200 items for members of the first-team staff, including Gary Waddock, James Rowe and Russ Clash.

Francis will also add livery to 100 playing shirts, each of which require seven elements including name, squad number and sponsors’ logos, plus 60 pairs of shorts.

“Summer is always one of my busiest periods,” admitted Francis. “We can prepare most of the first-team’s kit now, with 14 players already signed on, so we are actually ahead of schedule compared to previous years. I will do as much as I can in the lead-up to pre-season training to ensure the players have everything they need, and look as smart and professional as possible for that first friendly in July.”

Many items of official 2017-18 training kit are also available in the Club Shop – click here for details. 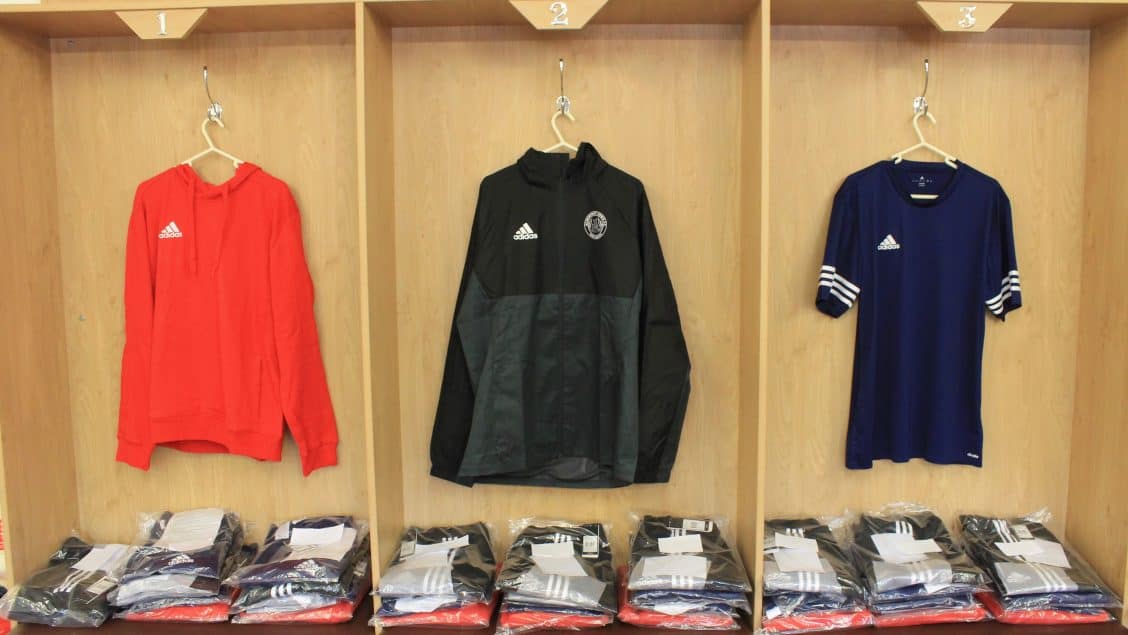