Whatever the result against Macclesfield Town, there’ll be another Aldershot Town hero at the EBB Stadium tomorrow afternoon, as Hero The Bear – aka Shots fan Jim Rapley – makes a collection in aid of armed forces charity Help For Heroes.

Jim will then run the Hampton Court Half Marathon on Sunday dressed as Hero, having also completed the Farnborough Winter Half Marathon in January.

For the last five years, Jim has also helped the Phoenix hot-foot its way around the Fleet Half Marathon, and will do so again in March for a sixth-successive year.

Please give Hero a warm welcome – we thank you in advance for any contributions you are able to make.

For over ten years, Help for Heroes has supported more than 17,000 members of the British Armed Forces who have suffered injuries and illnesses during their service, to give them a second chance in life. Their courses and activities aim to empower former service men and women to look beyond illness and injury, regain their purpose, reach their potential and have a positive impact on society. 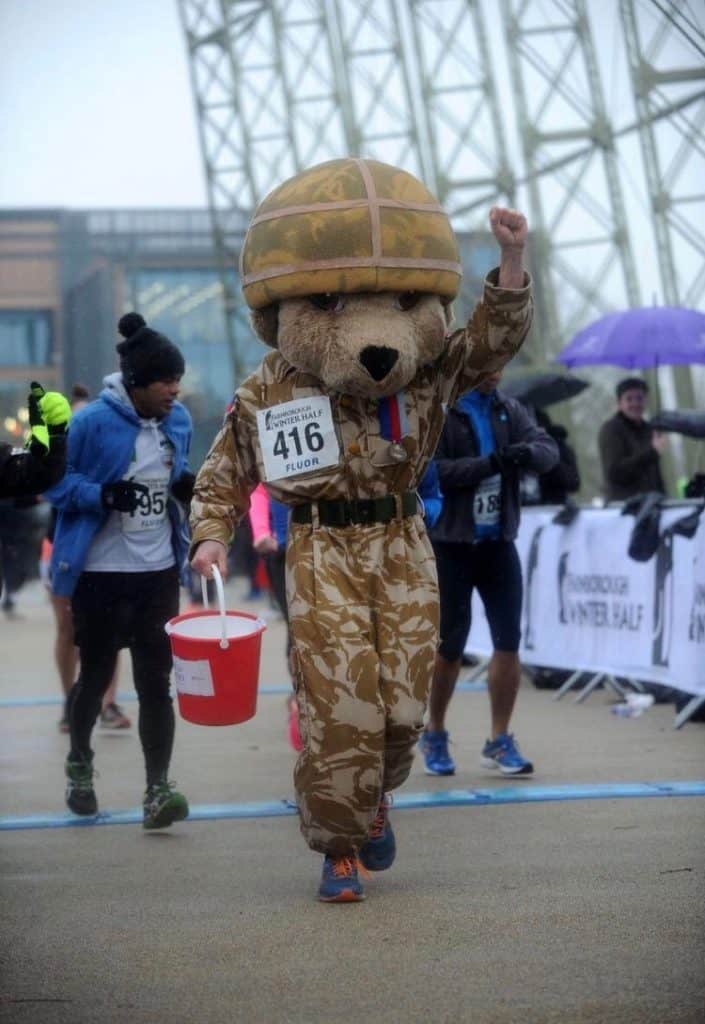