An Aldershot Town football fan has praised a “life-changing” diabetes test offered to supporters, which has helped him take back control of his life.

In his usual spot at the EBB stadium, the 37-year-old, from Aldershot, took up the offer to undergo a simple finger-prick blood glucose test, offered to all visitors to the ground in an event organised by Guildford-based healthcare company GlucoRx.

The company is a major supplier of blood glucose monitoring equipment to the NHS and sponsor of the East Bank as well as the Shots’ youth and academy department. Group Managing Director, Chris Chapman, was recently announced as a Director at Aldershot Town.

Having endured 12 months of undiagnosed health complications, Ricky, who is celebrating his 20th year as a volunteer at the club, dropped from almost 20 stone to 11st 4lbs following gastric sleeve surgery in March.

He said: “I was getting to a point during the day where I was shaking, really losing control of my body. I’d be at home and my body was just melting down. I couldn’t control it. I just knew something wasn’t right.

“My GP could not work out what was going on and suggested it might be my sugar levels. If it wasn’t for GlucoRx offering the test that day, I probably would never have got round to doing it.

“After losing all that weight, I hoped that would solve most of my problems, so I thought ‘oh no, here we go, I’m going to get something else now.”

The test revealed the committed fundraiser was showing symptoms of reactive hypoglycaemia, where blood glucose levels become dangerously low following a meal, which can occur in people both with and without diabetes. 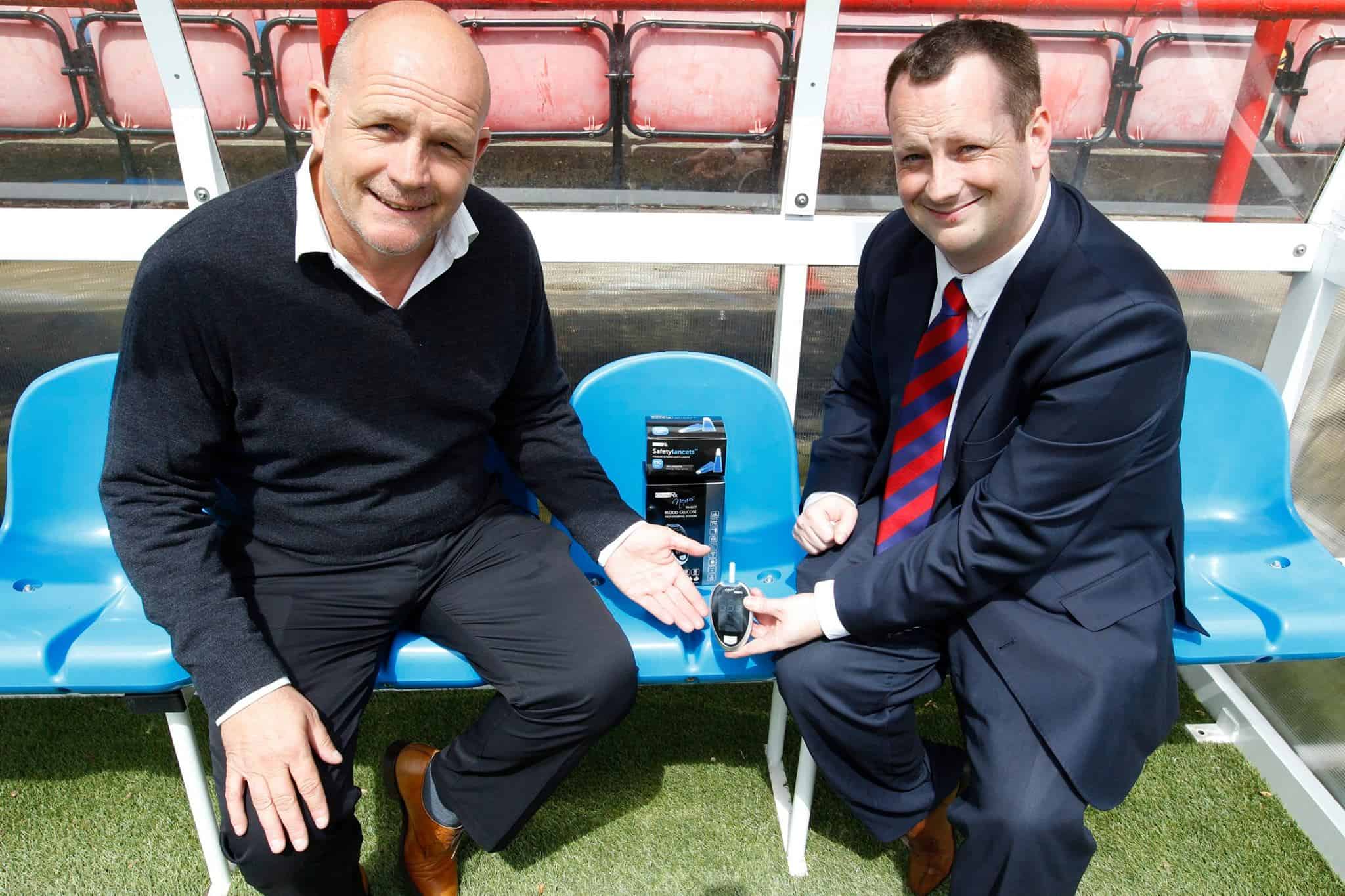 Healthy blood sugar levels should measure between four and 7.8, depending on the time of day when you last ate. Ricky’s were regularly falling to 3.8.

Ricky added: “The test is instant. You get it there and then. It’s changed my life massively. I’ve got my life back and I’m going in the right direction now. I never knew that my sugar levels were dropping, and I needed more care. Without that blood test I would never have known.

“I can keep a close eye on it now. I’m not shaking anymore; I just need to have certain foods to boost me up during the day.”

Chris Chapman, said: “Type 2 diabetes is linked to lifestyle and can largely be prevented. Diabetes is a serious condition with potentially devastating complications if not managed properly.

“That’s why we’re working closely with Aldershot Town to raise awareness and promote preventative measures, such as increased exercise and a healthy diet. Like in Ricky’s case, this simple test can pick-up other complications associated with diabetes.”

GlucoRx is the leading supplier of diabetes blood glucose monitoring equipment to the NHS. Through its ethical approach, it has saved the health service around £25 million in the past three years and now has a target to save £100 million.

GlucoRx will once again be carrying their FREE tests out to Supporters at one of our home games in the 2019/20 season, and we encourage all supporters to take one, it could save your life!