Eastleigh came from behind to progress to the third round of the Hampshire Senior Cup, despite Fabien Robert’s superb seventh-minute strike.

The Spitfires equalized just before half-time, through Craig McAllister, and the veteran striker was again involed on 71 minutes as Ayo Abileye’s header won the game against Patrick Ryan’s young Shots side which featured five first-teamers.

Goalkeeper Mark Smith, defender Kodi Lyons-Foster, midfielders Robert and Manny Oyeleke, plus striker Shaun Okojie were all named in the starting line-up, whilst Eastleigh named four members of their squad which faced The Shots last month, plus three other senior professionals, in their eleven.

Matt Bozier and Oliver Dennett had early long-range efforts but Robert’s delightful lob illuminated the night on seven minutes. The Shots counter-attacked and a lay-off from striker Brian Galach allowed Robert to spin away from his marker and lift the ball over Ross Flitney from 20 yards.

Flitney later saved from Okojie and Robert, and Bozier’s precise side-foot shot rolled inches wide of the far-post, but Taylor was denied by a timely challenge from Kirwan and, on 40 minutes, Eastleigh were level. Ross Stearn, who would become the game’s most influential player in the second-half, drove a cross into the six-yard box for McAllister to stab the ball into the net.

Five minutes after the break McAllister’s header hit the crossbar and Dennett’s attempted chip was straight at the back-tracking Smith.

16 year-old striker Brian Galach went close with a curling shot to the far corner, but the hosts steadily took control. Smith made a good double save on 64 minutes, parrying Dennett’s angled drive and then pushing Fee’s follow-up behind. The former Brentford goalkeeper then denied Stearn with a smart save but, from the winger’s resulting corner, McAllister headed the deep delivery back into the middle, where Obileye nodded the ball over the line.

Stearn and Tom Bearwish had late chances to extend their lead, but Eastleigh were still able to seal victory. 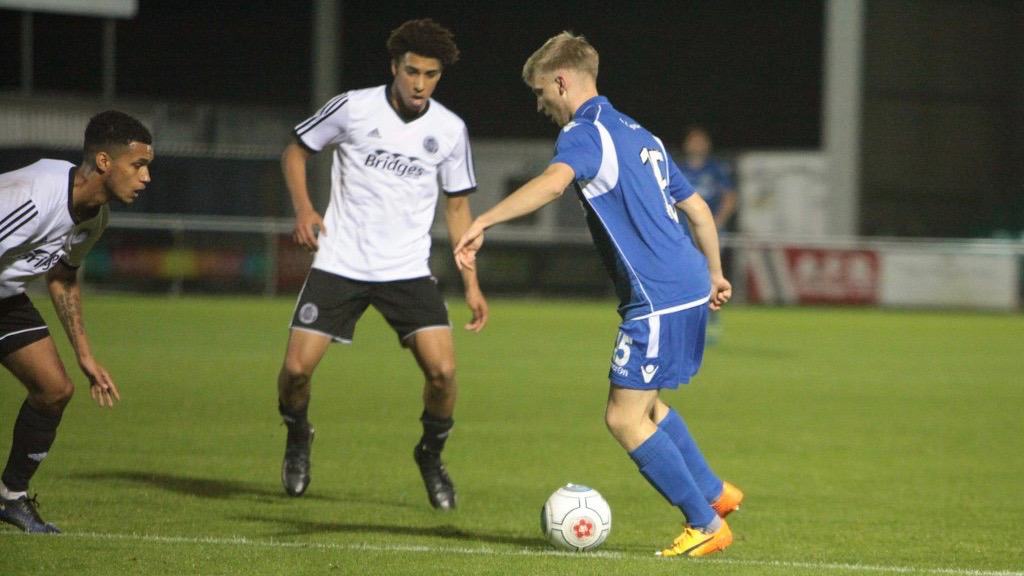 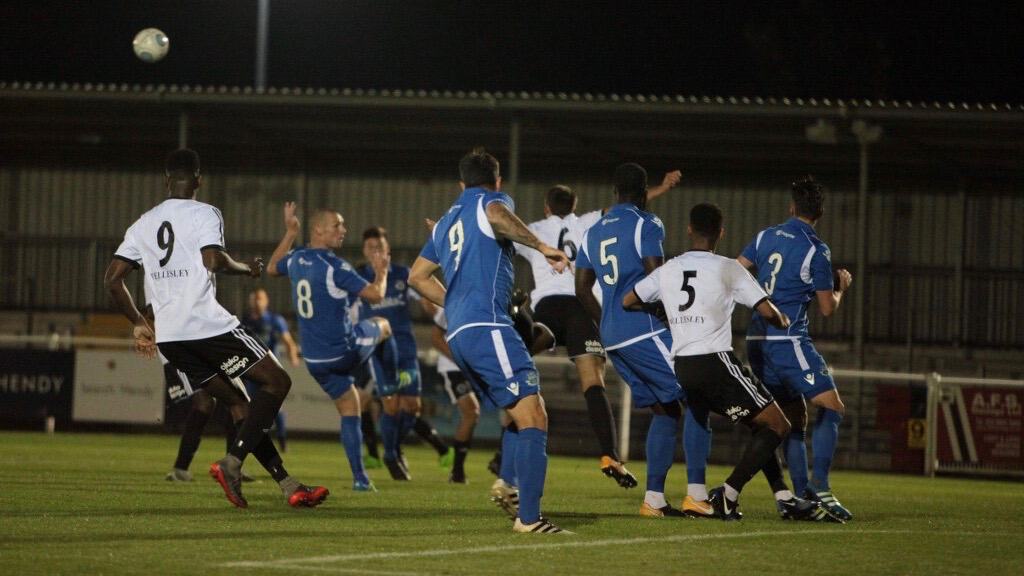 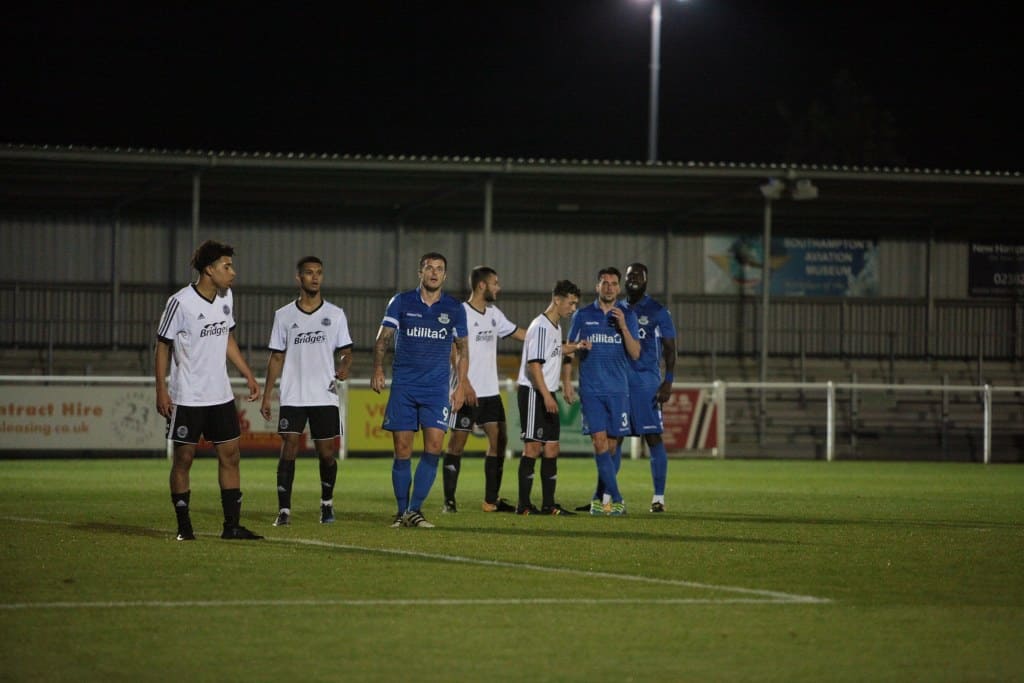