The Shots, holders of the trophy and bidding for a 14th victory in the competition in 38 years, looked set to triumph until Hartley equalized with an 84th minute penalty and then came from 3-0 down in the shoot-out to win 4-3.

George Root’s header hit the crossbar in just the ninth minute as The Shots made a strong start, only for Pipero to shoot wide of an open goal at the other end seconds later.

Luca Wrightman had an angled drive blocked after good skill inside the box, and the opening goal came on 23 minutes (first two pics, below). The lively Abril swung in a great deep cross and Root this time made no mistake with a header at the far-post.

Again Hartley immediately went up the other end, Baxter flashing an angled volley over the bar from 20 yards and then Clarke parried Liddle’s shot at the end of a weaving run.

Hartley began the second-half well, as Baxter’s header and Frise’s volley went close, and The Shots’ first chance after the break came on 61 minutes, as Root’s effort was blocked. Hartley counter-attacked and the lively Liddle had a shot deflected wide, but his reward didn’t arrive until six minutes from the end, as he despatched a confident penalty to equalize.

They even nearly won the game in normal time, only for Luke Williams to make a superb, last-ditch block on the line to ensure the game went to penalties.

The Shots raced into a 3-0 lead but steadily Hartley clawed their way back and sealed victory with their seventh kick. 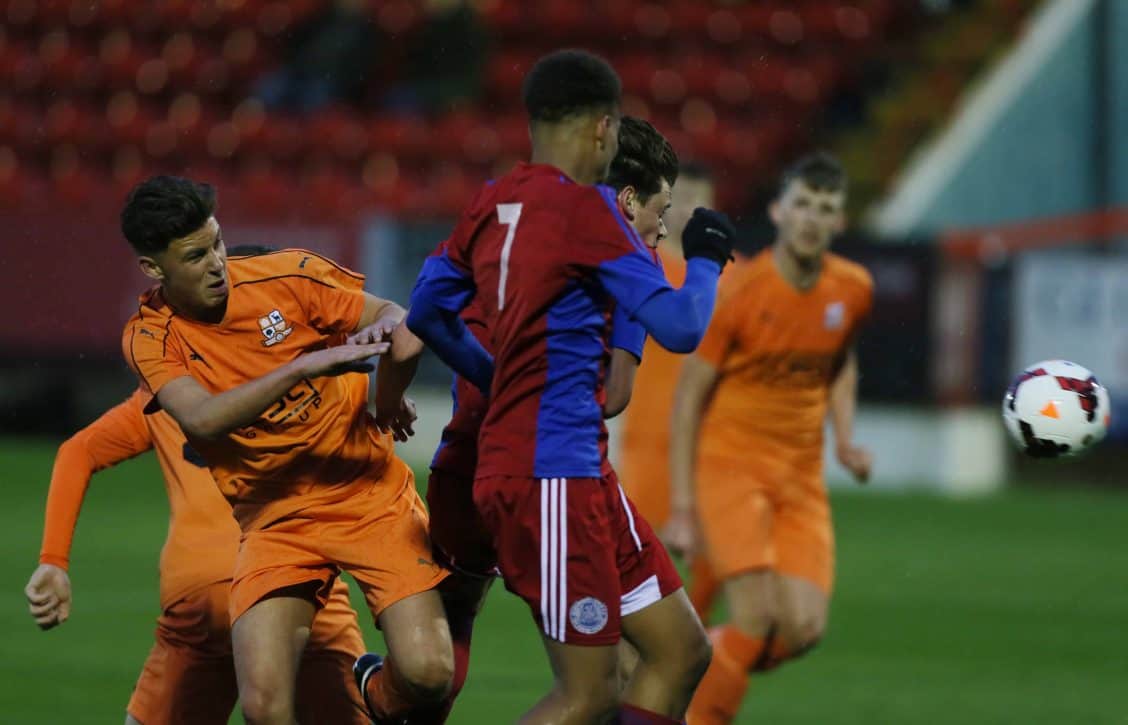 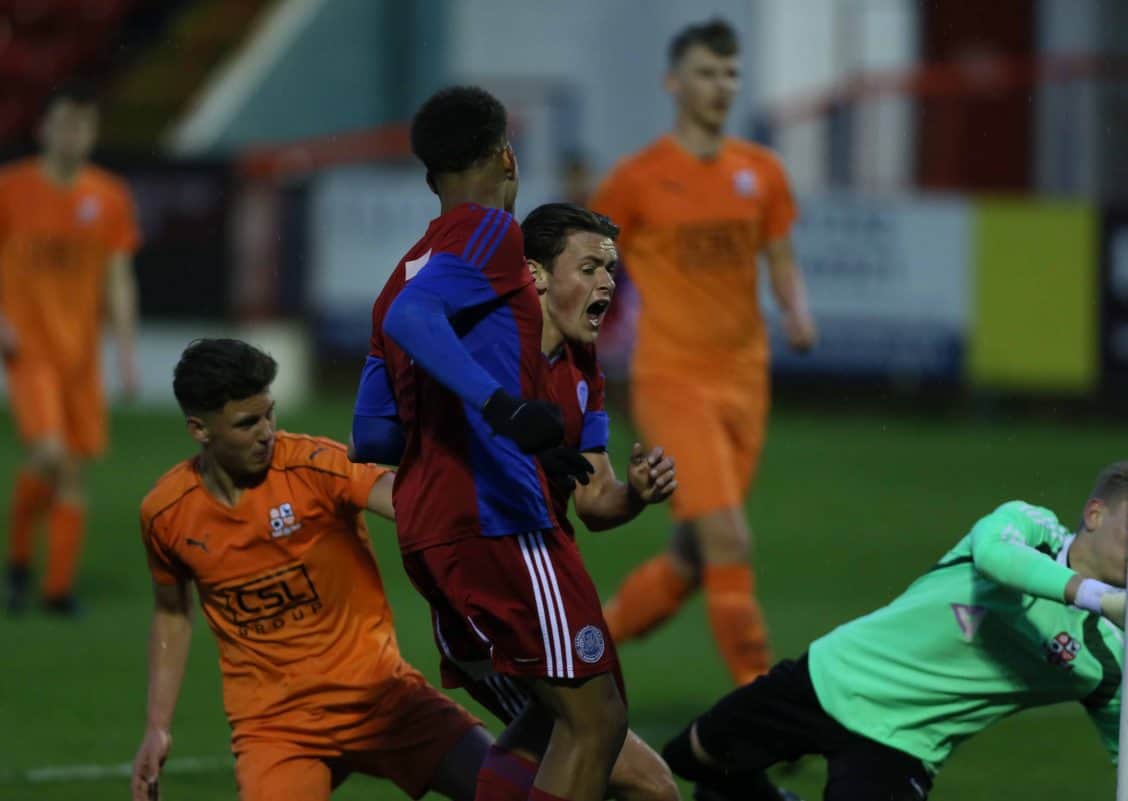 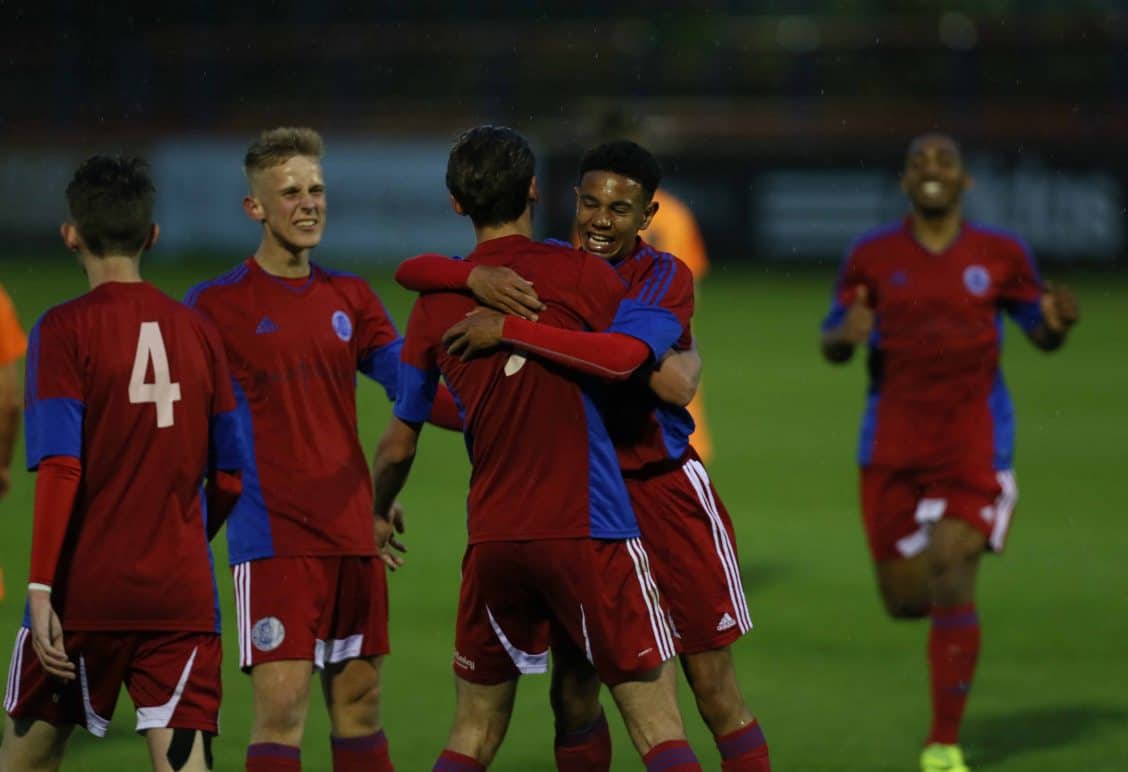 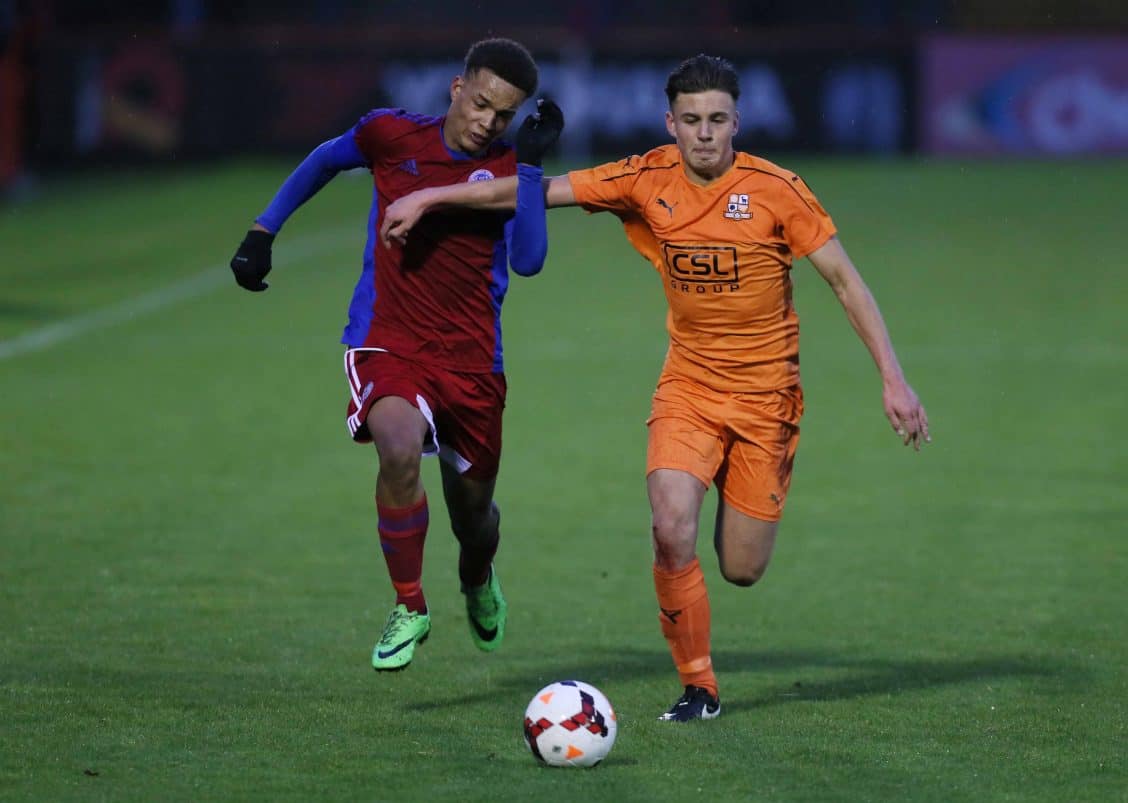 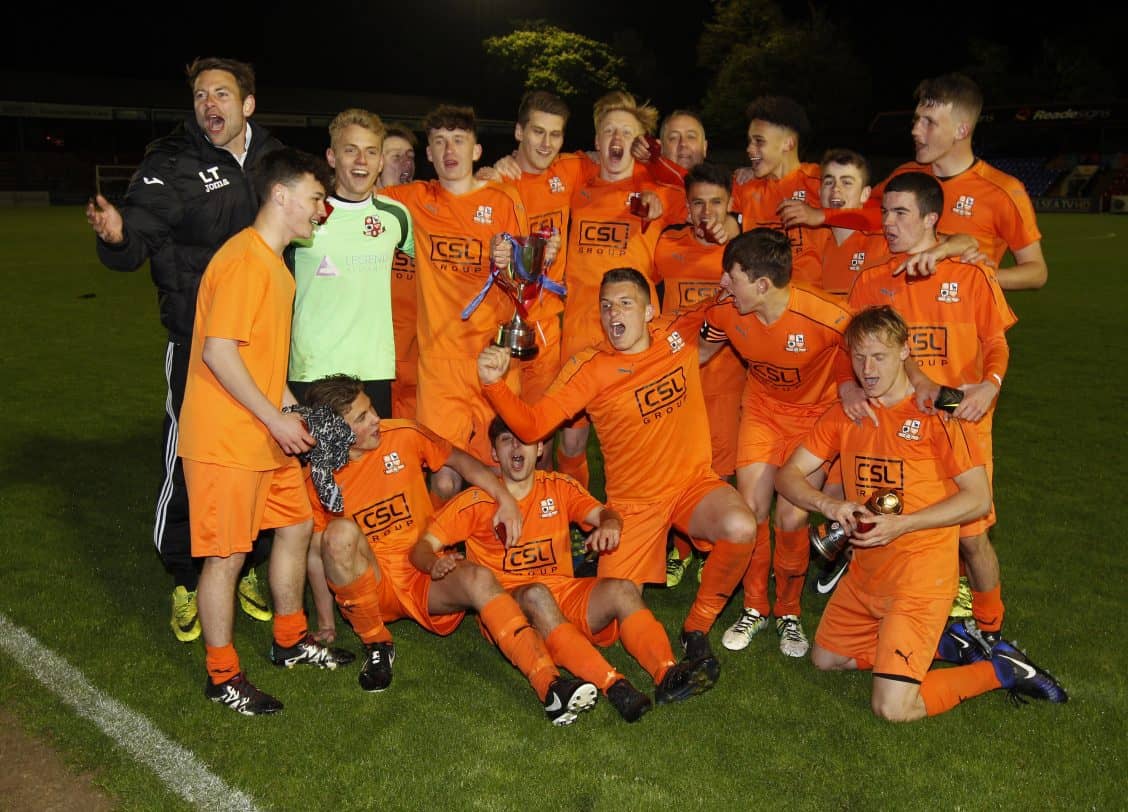