Bernard Mensah graces the front cover of your award-winning matchday programme as The Shots host FC Halifax Town at the EBB Stadium tomorrow.

Kodi Lyons-Foster tells us about his pre-match rituals and a dog called Honey whilst, in our Feature Interview, goalkeeper Lewis Ward discusses clean sheets and his ambitions in reaching the very pinnacle of his profession.

Victoria Rogers remembers an evening at Berkhamsted that began with a traffic jam on the M25 and only got worse, as well as a fine win against a team now in the Championship, in On This Day.

There’s exclusive columns from Gary Waddock, Callum Reynolds and Chairman Shahid Azeem, plus Jack Rollin, Club Chaplain Mike Pusey and Graham Brookland. Enjoy Fun with the Phoenix, Rob Worrall’s FanZone and some great action  shots from our last three games – all that and more, for just £3! 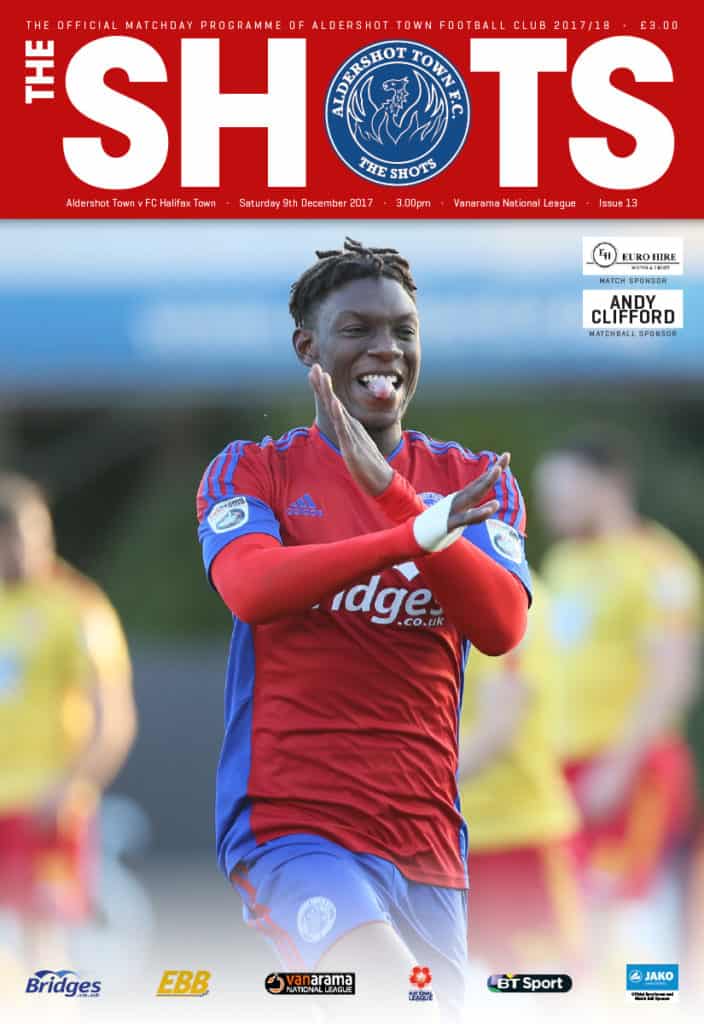