Aldershot Town’s 11-game unbeaten came to an end on a frustrating afternoon in Yorkshire.

A goal from Guisely’s left-midfielder Jordan Preston in the 54th minute, after outrunning both Will Evans and Kundai Benyu, put The Lions in the lead, leaving a visibly-frustrated Shots side to claw back an equaliser.

The first half saw Aldershot Town play as their usual selves; determined, confident and strong. Their first chance for an early lead was in the ninth minute when Nick Arnold’s cross merely skimmed the post after a long-range exchange with Scott Rendell.

24 minutes in and The Shots’ had another chance, many exasperated gasps filling Nethermoor Park when the realisation that Jake Gallagher’s one-touch play to Shamir Fenelon, whose shot was tipped onto the bar by keeper Jonathan Maxted, was not a goal.

Another close opportunity for a lead in the first half was when Cheye Alexander’s square pass to Benyu was mishit, leading to Matt McClure’s strike from 12 yards which was deflected just past the post.

Going into half-time, The Shots’ had been the better side, dominating the game with multiple opportunities and tactful playing highlighted the strength and bond between the team.

Seconds into the second-half, winger Idris Kanu was brought down in the penalty box; many appealed for a penalty, however referee Martin Coy deemed it unnecessary.

The return of both teams saw a Guiseley formation change, with Preston now upfront, a move clearly influential due to his goal eight minutes later. Jake Cole helped to maintain the score at 1-0 in the 10 minutes that followed with two crucial saves, responding to a one-on-one low shot from Will Hatfield and a cross-shot from John Rooney.

The Shots continued to put pressure on The Lions however it appeared to not be their day when Callum Buckley’s brilliant cross into the box in the 80th minute left a desperate scramble for the ball; Gallagher’s two attempts blocked and deflected.

With impressive long crosses, particularly from Evans and Arnold throughout the match, it was becoming increasingly more frustrating when the ball then ended up cleared away by the Guisely defence. When the final whistle blew, the image of Gallagher, crouched to the floor with his head in his hands, will be one which Shots’ fan could relate to at Nethermoor; that of disappointment.

However, the acknowledgement of how far the club has come since last season and many seasons before it, it’s undeniably an exciting time to be supporting The Shots’ and the remaining games will further emphasise so. 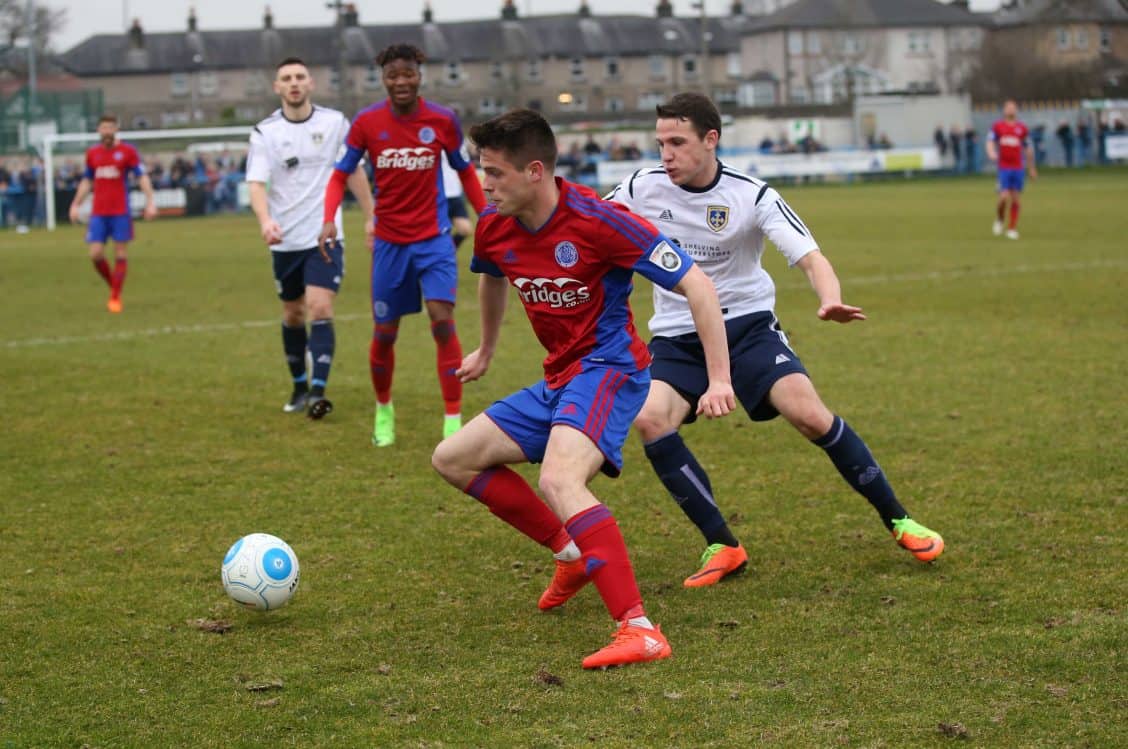 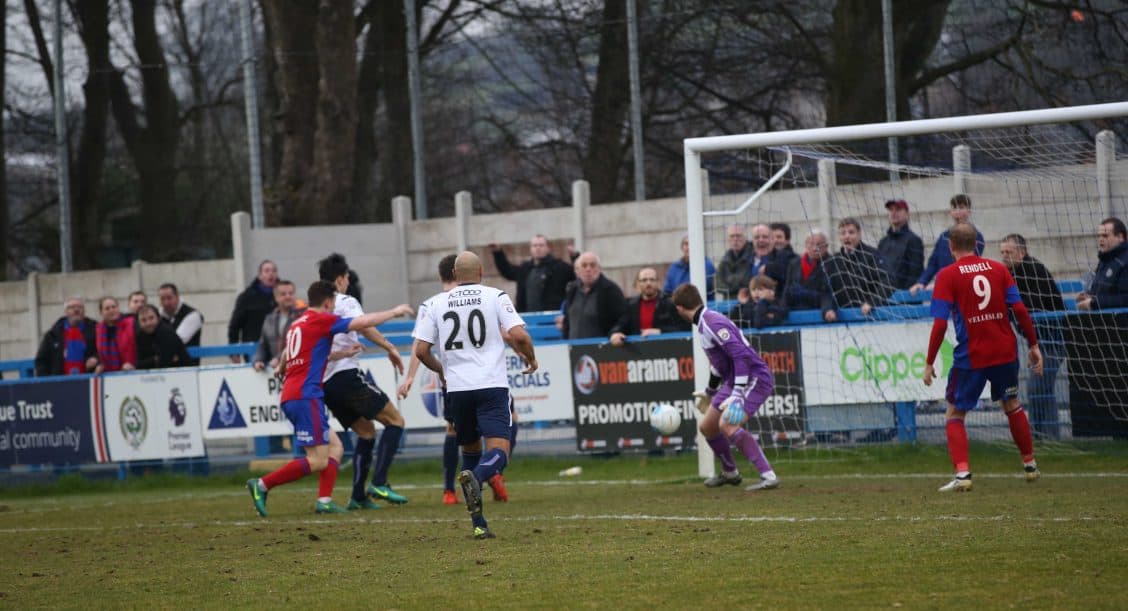 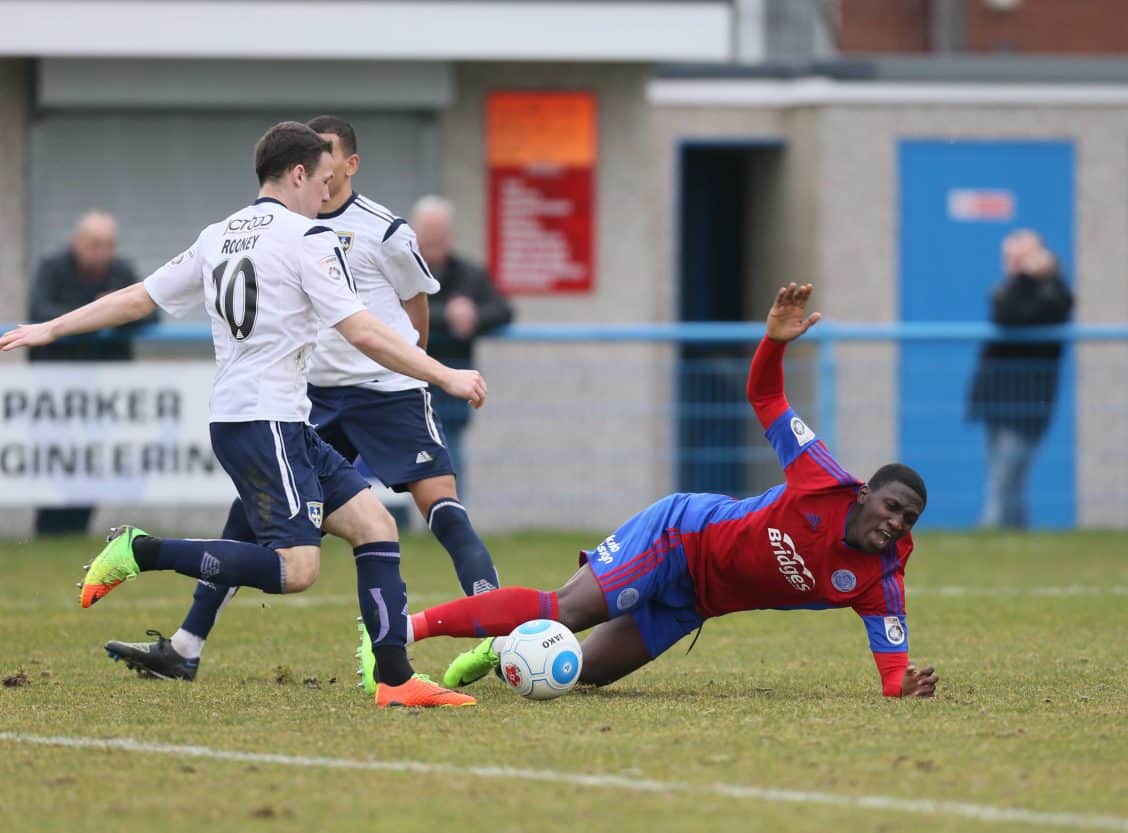 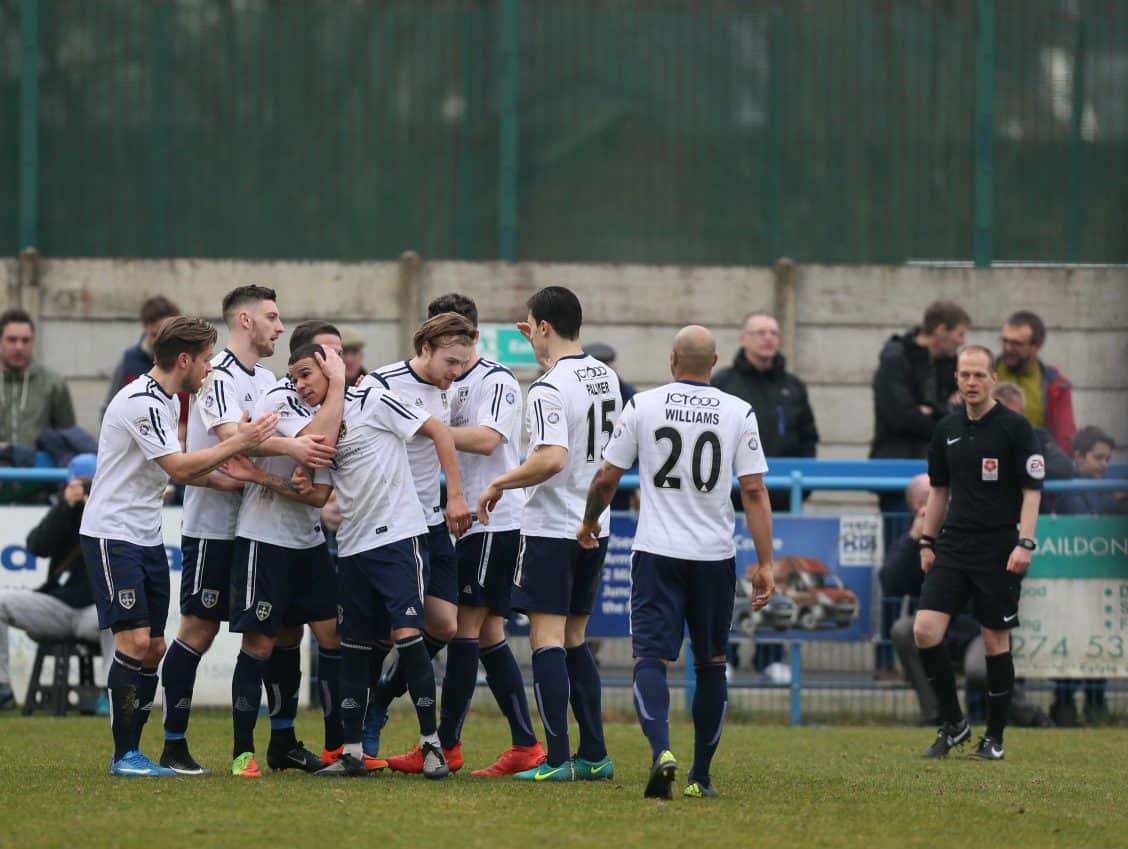 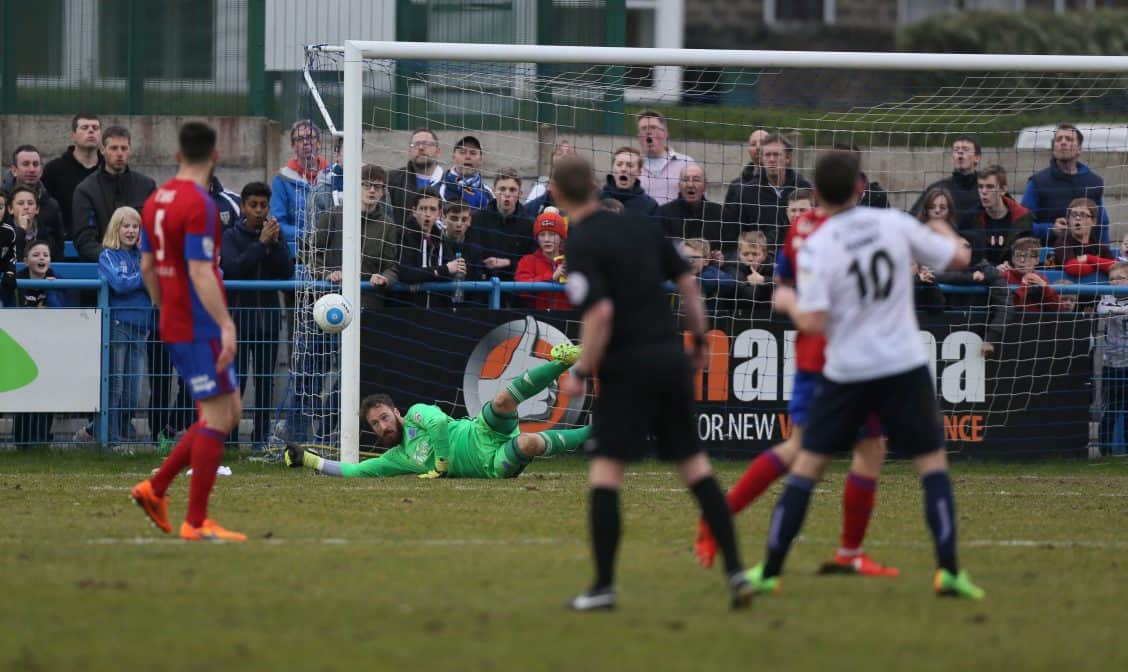 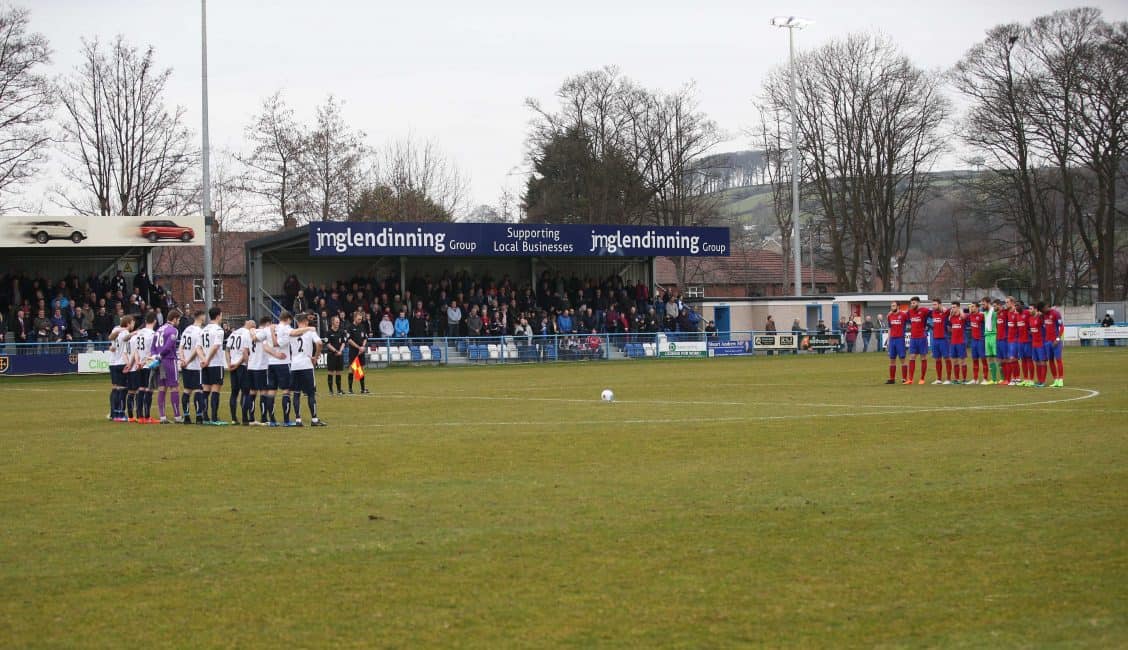 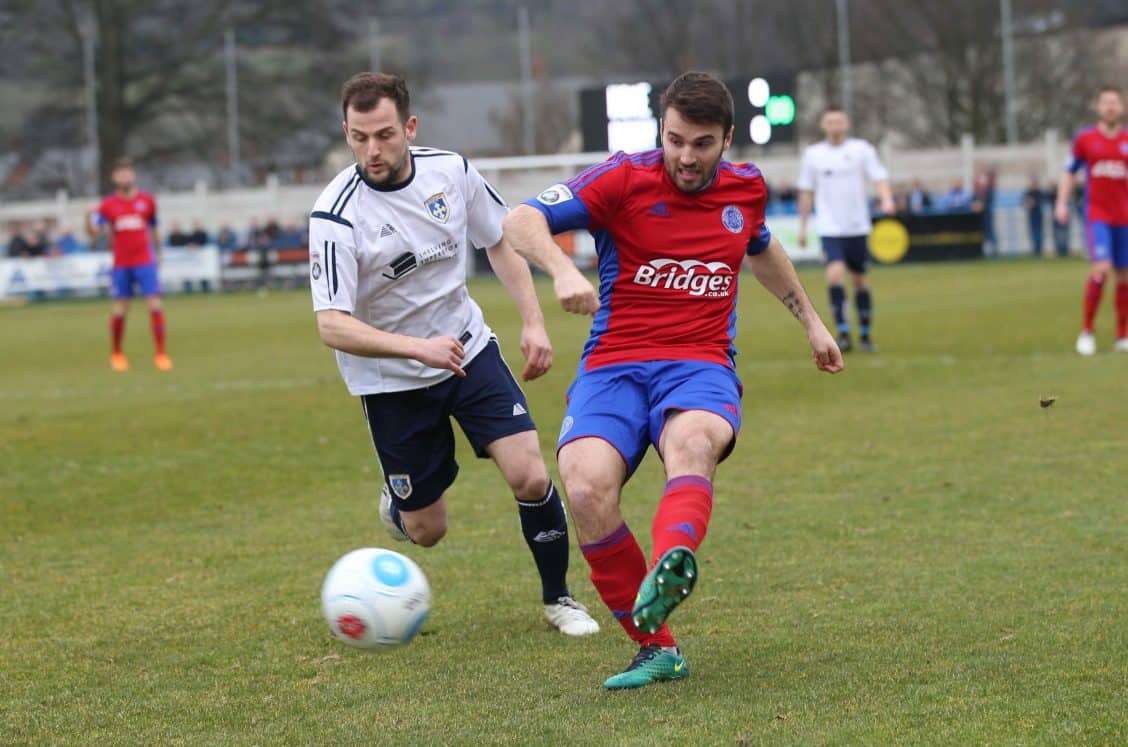 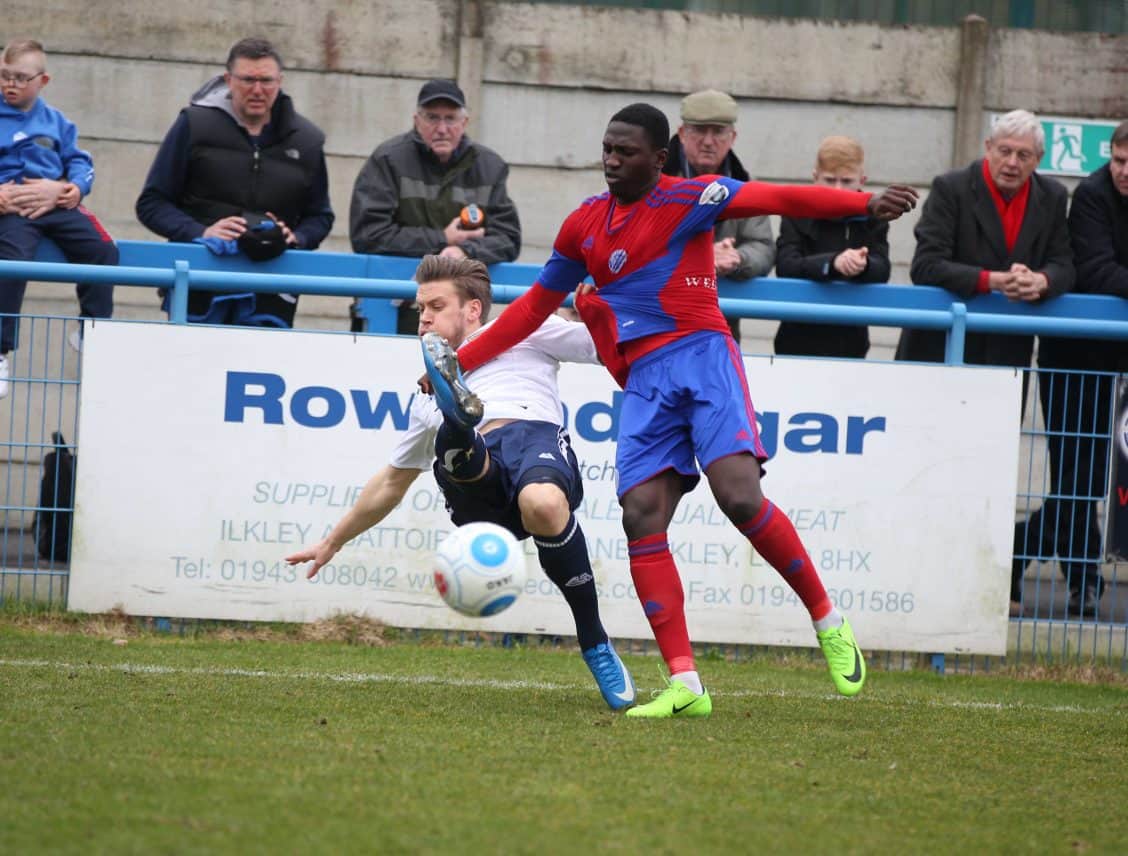 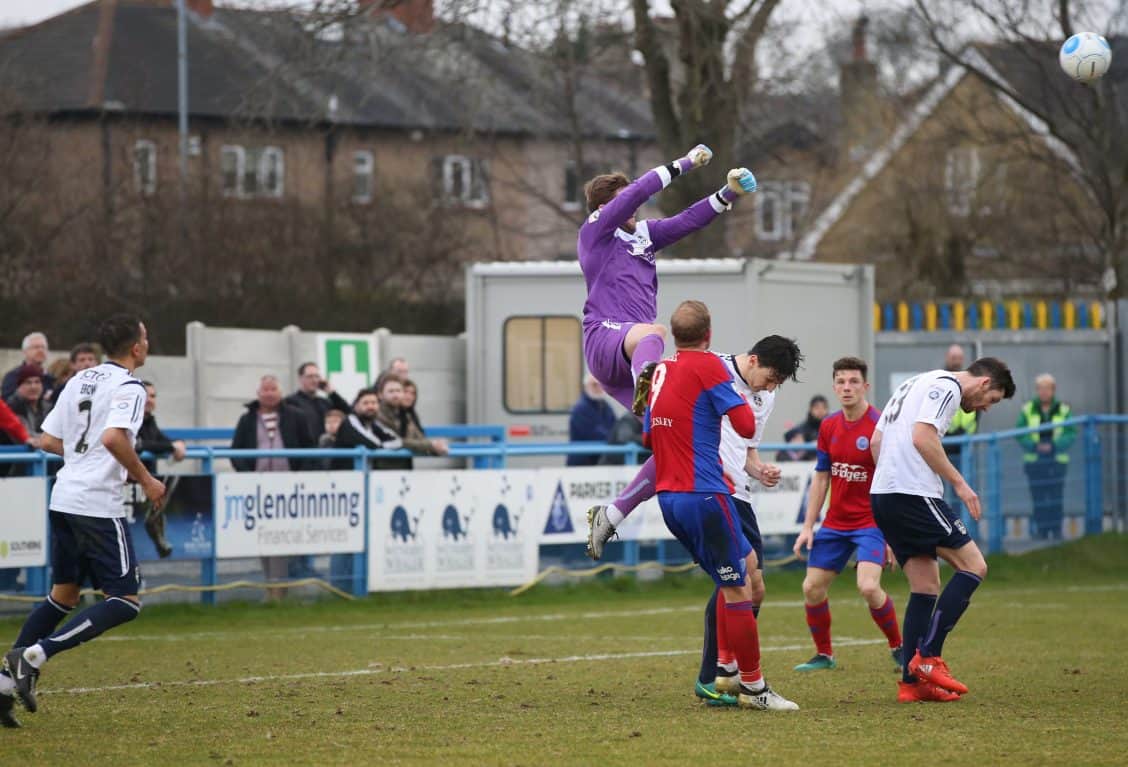 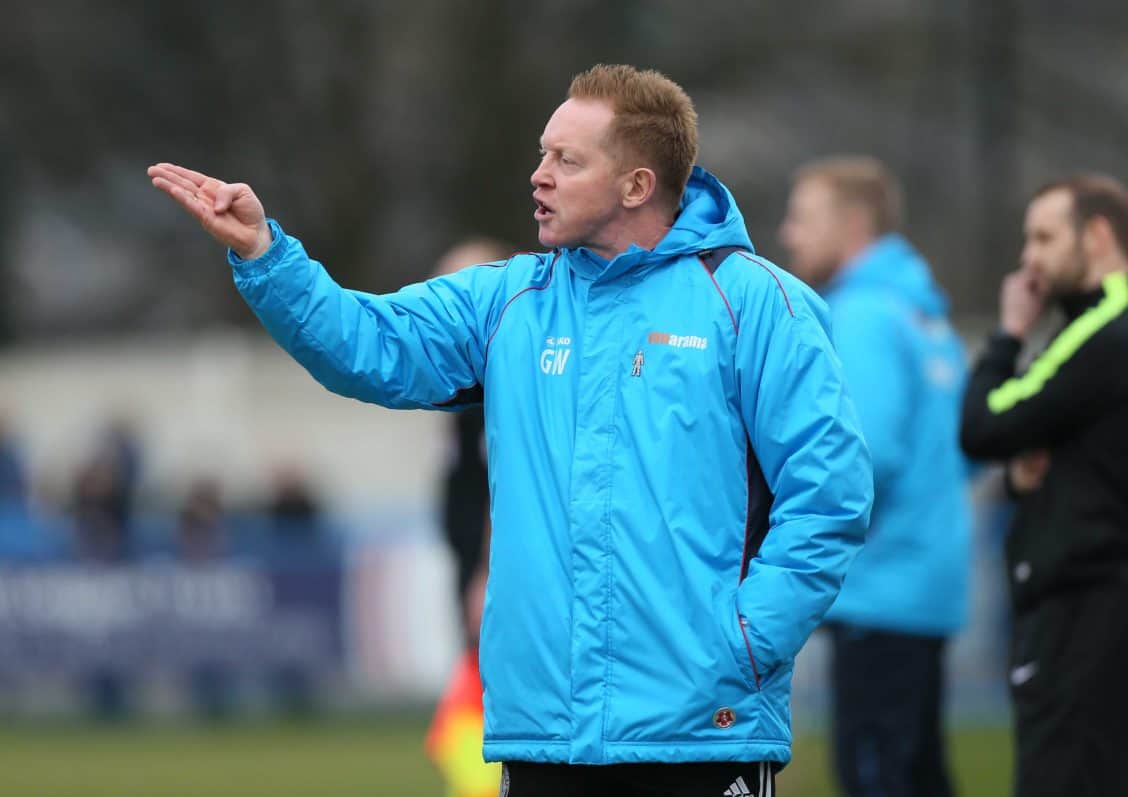