‘The City Boys Are In Town – The Who’s Who Of Guildford City’, by City fan and football historian Stuart Phillips, provides biographies of over 750 players to have represented the club at first team level or who have played 20 games or more at senior level, complete with over 560 player photos and biographies of all 24 managers in the Club’s 55-year history.

A must for all fans of local football, the book remembers over 40 Shots players, including: prolific striker Jock Thom, who scored 68 goals in 42 games in the 1930-31 season; Scottish international goalkeeper William Robb; Team GB Olympian Paddy Hasty; Albert Mundy, famed for scoring after just six seconds for The Shots against Hartlepools in 1958; goalkeeper Eric Searle; defender Phil Gunter; and strikers Fred Monk and Ron Rafferty.

The book, costing £20, is available from Ebay. Stuart is also contactable on Twitter at gcfc_stuart or via email guildfordcity@hotmail.co.uk. 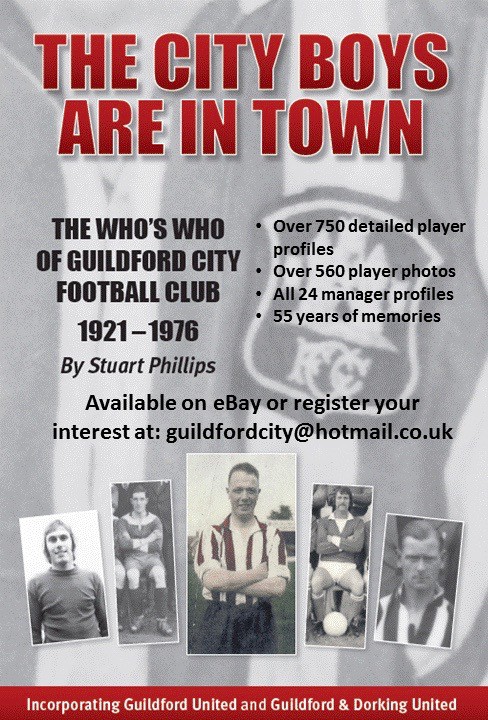