Aldershot Town are pleased to announce that the Club’s co-founder, Graham Brookland, has resumed his position of Ambassador for the Football Club.

Graham (pictured, with another Shots legend, Alex McGregor) has issued the following statement:

I am delighted to return as an Ambassador of Aldershot Town Football Club. The Club is the heartbeat of the town and plays a massive role within the local community. For me, however, it is a club that is embroidered into my family with a long-lasting generational support stemming back to 1968, where my Dad and brother entered the Recreation Ground for the first time.

42 years since I first entered those High Street turnstiles it means as much to me now as it did then and the family tradition has continued with my son Oliver being as passionate a fan as I was in my teens. It is a tradition that can be replicated in so many households throughout the town and surrounding areas. It is an important tradition too.

I am also proud of the roles that I have played in a variety of previous capacities, including being Co-Founder of this special club in 1992 alongside Terry Owens, who is also now an Ambassador. To have played a part in such a historic occasion is an honour that will live with me forever.

It is well documented that I experienced extreme disappointments with the Club regarding the post-administration period of 2013, and the unfortunate fallout which caused me to relinquish a previous role of Ambassador due to my own principles regarding matters at the time.

I will always iterate that those times must never be forgotten as, indeed, the demise of Aldershot FC should never be too. This can only be the case if there remains people who experienced those times involved within the club. Fortunately (or unfortunately) I retain those memories.

Whilst I have previously expressed my concern regarding certain issues, including the direction of the club and decision making I also recognise and welcome the way it has managed itself financially through some of the lowest points in Aldershot football history. It has tested the most loyal of loyal Aldershot supporters and, indeed, we are all aware of the dramatic loss of supporters the club suffered over the past two seasons.

It is my belief that, over the past few months, the club has turned the corner. For me, and this is vitally important, I have sensed a different approach where there has been plenty of listening, learning and implementation at the top, led by Chairman Shahid Azeem. Of course I was highly delighted that Gary Waddock was appointed as Manager, and happy to play my own role in ensuring that both parties were introduced to each other pretty swiftly after the departure of Barry Smith.

Whilst we have had an excellent start to the season, seen the return of 100’s of fans in a short space of time, we all need to remain patient, understanding and allow the progress on the field to continue without raising unnecessary expectations. It is a long-term project that has started well but will take time. However the arrival of Gary was imperative to the well-being of a club that was becoming stagnant. In addition to his managerial ability he has a talent of valuing people as individuals and knows what is needed at Aldershot Town to make people on and off the pitch feel part of the Club. He understands what makes the Club tick.

However, it is more than that to me. I have been encouraged by the engagement the Club has had with the fans in recent times, some exciting ventures that have been well profiled and publicised, a greater involvement promoting the club via social media channels too. The introduction of the Chairman of the Shots Trust onto the Board of Directors is a major progress too. In Tommy Anderson there is now an enthusiastic and talented individual who, at the tender age of 21, has a great persona and terrific potential to succeed. Nothing is perfect but it is a great deal better and that is good news.

The bottom line, however, was how welcoming and supportive the Club were to me as I recently celebrated my 50th birthday over the weekend of the Tranmere Rovers match. I cannot thank Shahid, Mark Butler, Steve Gibbs and his Media Team and everybody at the Club who was so welcoming to me and showed me so much gratitude and appreciation. It meant so much and made me value how much the Club means to me.

I will be happy to represent the Club again as an Ambassador, provide support, advice and, indeed, experience where I can in the background, and hopefully see the Club progress on and off the pitch whilst always living within its means. It’s great to be back but, in truth, I’ve never really left. I’ve spent the last three seasons on the terraces and will be happy to remain on them during the matches. 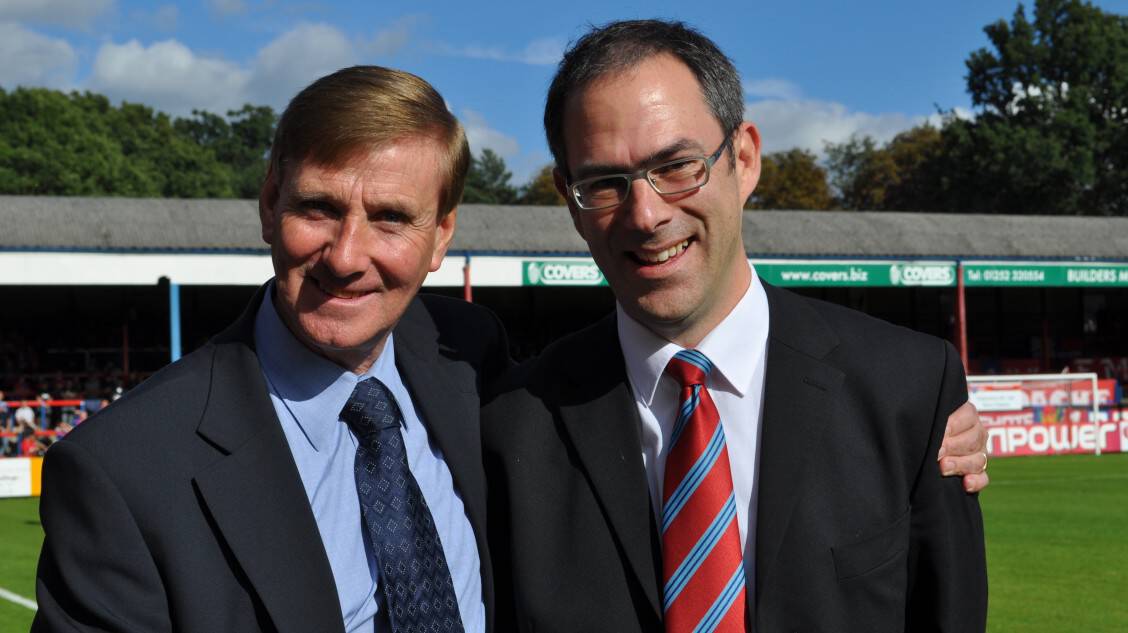