Aldershot Town’s fifth-annual Golf Day has been hailed a great success by both participants and organiser Mark Butler after the event raised valuable funds for the Football Club.

Club sponsor Clean King (pic below) cleaned up on the day, winning the four-ball tournament at Puttenham Golf Club on 85 points and also claiming the ‘Nearest the Pin’ prize on the 18th hole. 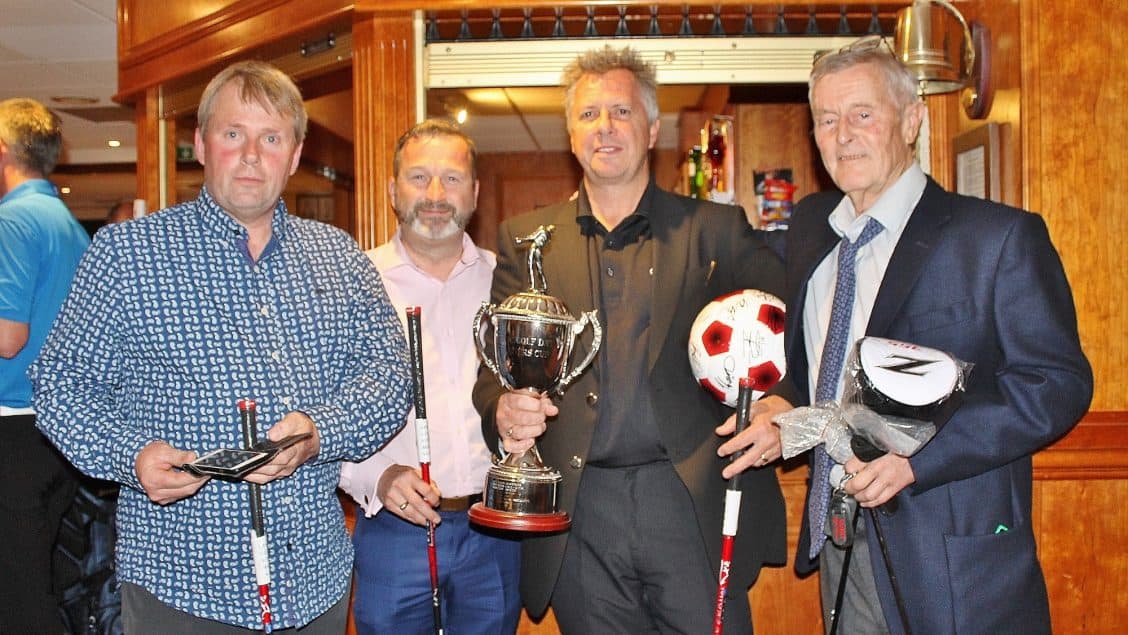 Defending champions Baxi came a close second, on 84 points, with Attic Conversions also on 84 points but placed third on a count-back. 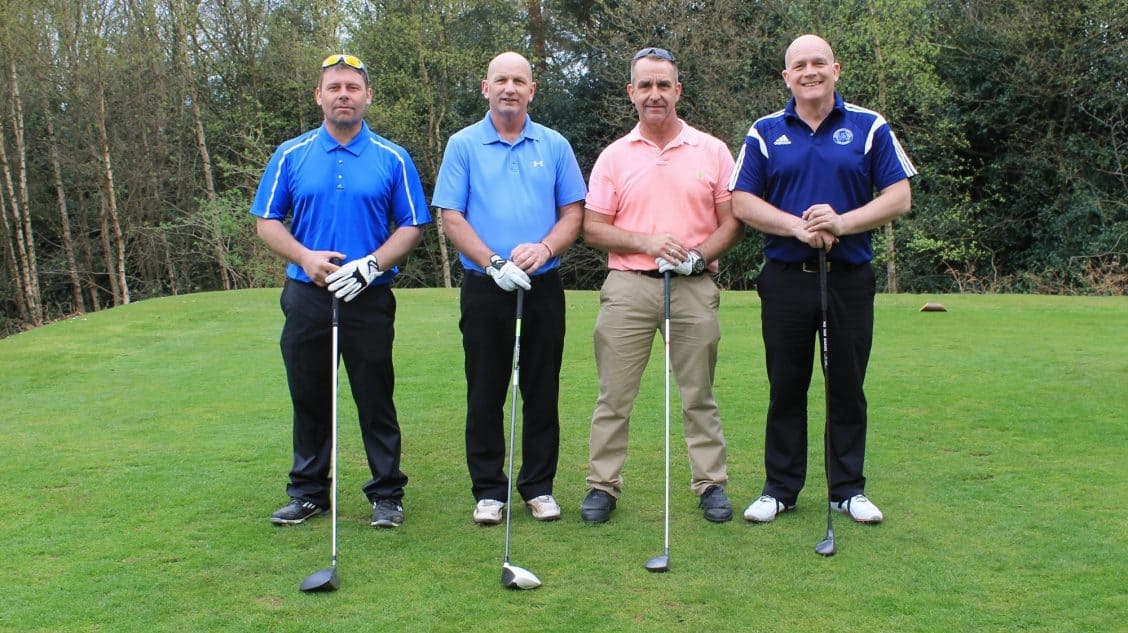 The honour of the straightest drive on the 11th hole went, appropriately, to Onishi of Srixon Golf, who supplied an array of superb prizes for the winning teams.

Unfortunately, the reward of a new Peugeot 108 from Charters Peugeot – for a hole in one on the par three 18th hole – remained unclaimed.

A delicious three-course dinner, attended by Barry Smith and Chris Barker, was followed by a raffle and auction, with prizes including golfing breaks and signed football boots and shirts. 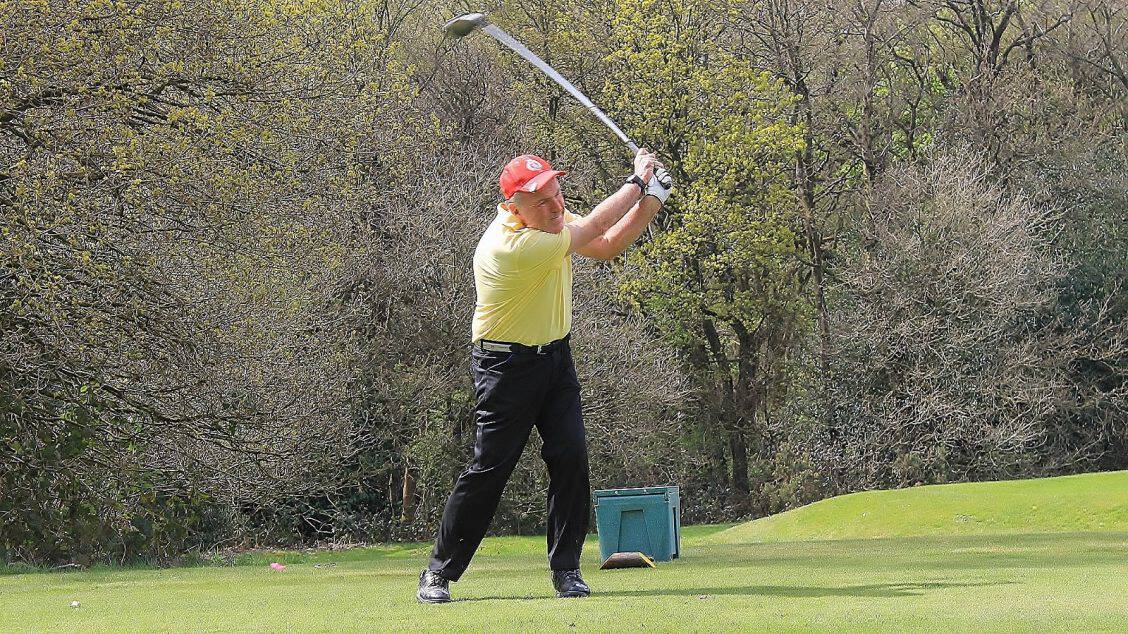 “I hope everybody had as much fun as I did,” said Butler, who modestly declared his own round to be ‘brilliant – for two holes!’ “But it was our participants who made it the great day that it was – their support is, as ever, much appreciated. We have raised a fantastic amount of money for the Club, but I think this is one of the best annual events that we hold and it is about a lot more than just fundraising.

“I also have to thank Puttenham Golf Club for their fine hospitality, EBB Paper, Charters Peugeot, Srixon Golf and Kevin Matthew of Central Heating Services for his assistance. We hope to see everybody again next year!” 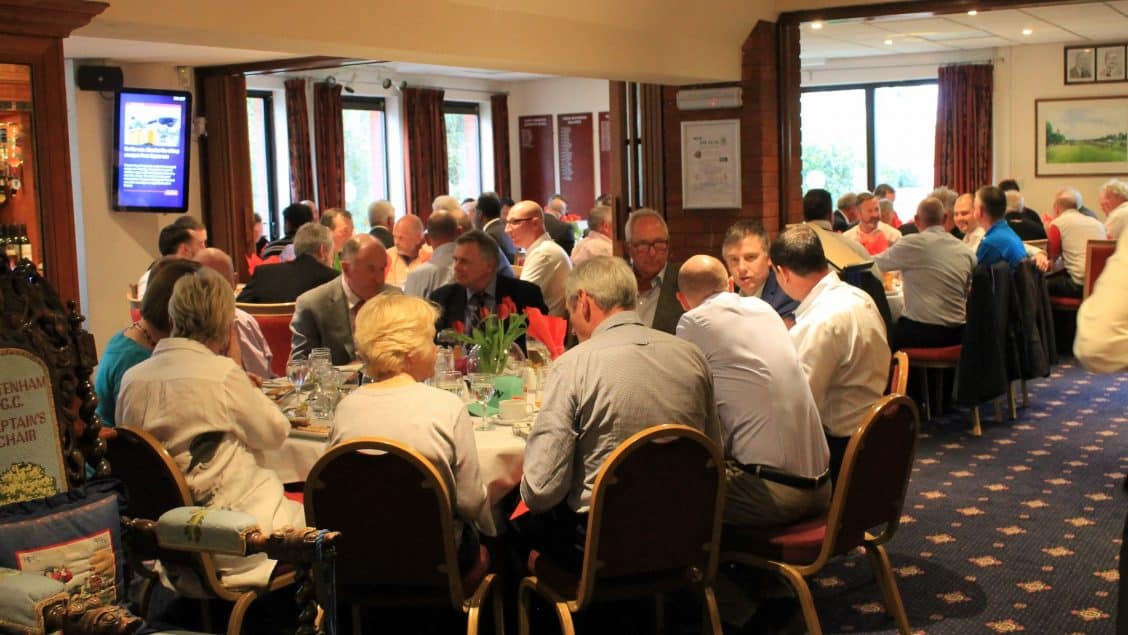 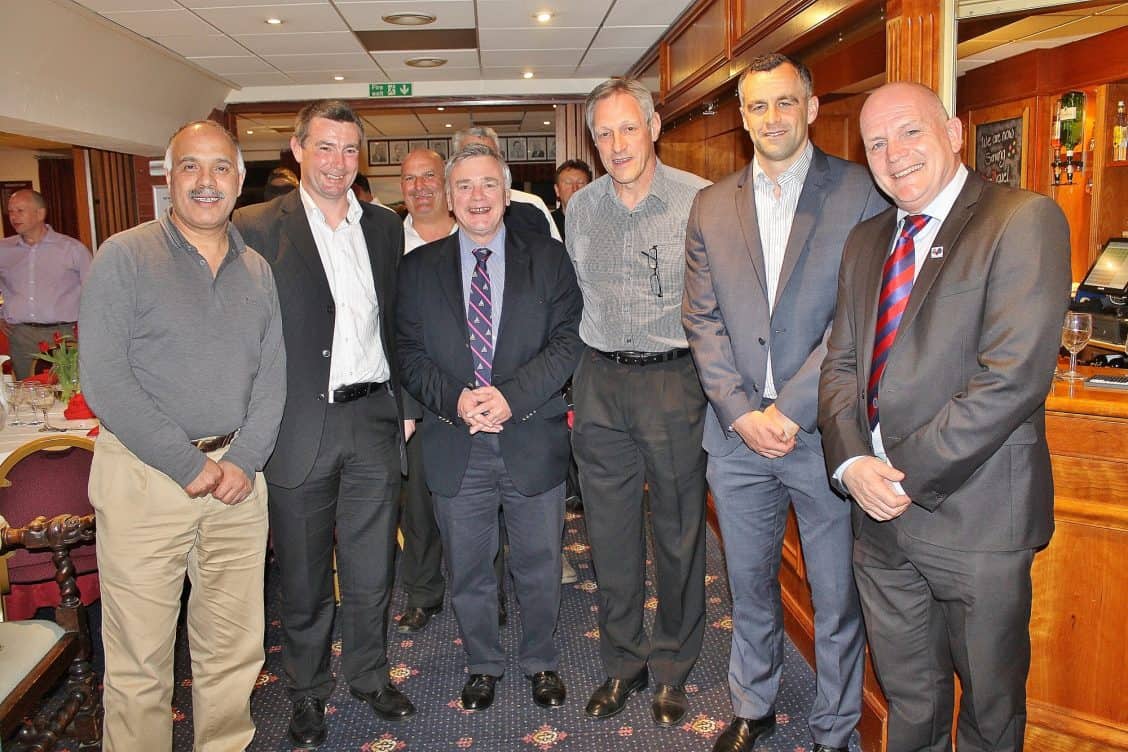