GlucoRx have expanded their relationship with Aldershot Town by sponsoring the youth department’s 2016-17 playing shirts.

Already into their second season of sponsoring the East Bank, the ethical medical supplies manufacturer – the NHS’ second-largest supplier of quality diabetic products – will now put their name to all 276 shirts worn by players aged 8 – 16 throughout the season.

Sam Waters’ department was launched in January and have just begun their first season in the NERF Junior Premier League, along with playing matches against Premier League, Championship and local Academy sides. Boasting two teams per age group, the department have already taken silverware from an international tournament at Barcelona’s Nou Camp stadium in June.

“I would like to thank GlucoRx for their support,” said Waters. “The sponsorship they have provided ensures that we are not only able to portray a professional image, but also provide our players with additional developmental support which will help to make them better football players and better people.

“It is extremely important for us to develop relationships with companies such as GlucoRx, who are doing some incredible work to promote healthy living. This work goes hand-in-hand with supporting the education of players within the Club’s youth department to ensure all local children begin to value the importance of leading a healthy lifestyle.”

Formed in 2010, GlucoRx save the NHS money with industry-leading products which are one-third cheaper than their competitors. Supplying over 100 Clinical Commissioning Groups, they are also committed to reinvesting profits and cost savings for care of the local community, towards extra nurses, newer equipment and greater research. Some products, including blood glucose meters which use the latest enzyme technology, are even given to surgeries and hospitals free of charge.

It is estimated that 10% of the NHS’ total £100 billion budget is spent treating diabetes every year – amounting to £192 million per week. With over three million people already affected by the lifelong disease – a figure expected to rise to 4.6 million by 2030 – Aldershot Town will work more closely with GlucoRx this season, in raising awareness of the condition and promoting preventative measures, such as increased exercise and a healthy diet.

“I personally cannot think of any better vehicle to get this message across than football,” says GlucoRx Sales Director, Chris Chapman, who believes that learning about healthy eating and exercise at an early age could prevent Type 2 diabetes and obesity in later life. “It could be watching or playing football – I know my son Ryan loves nothing more then kicking a ball around on the pitch, hence why I am really pleased to have extended our sponsorship to the Youth Team. We hope to really make a difference to our local community and also hopefully thousands of lives in the future.” 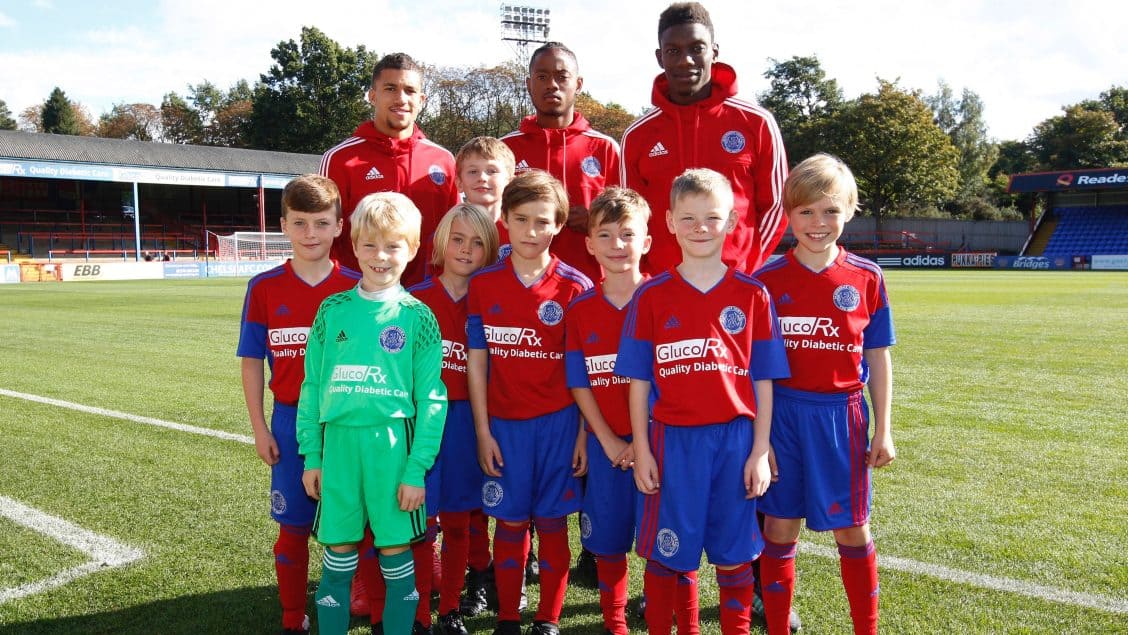 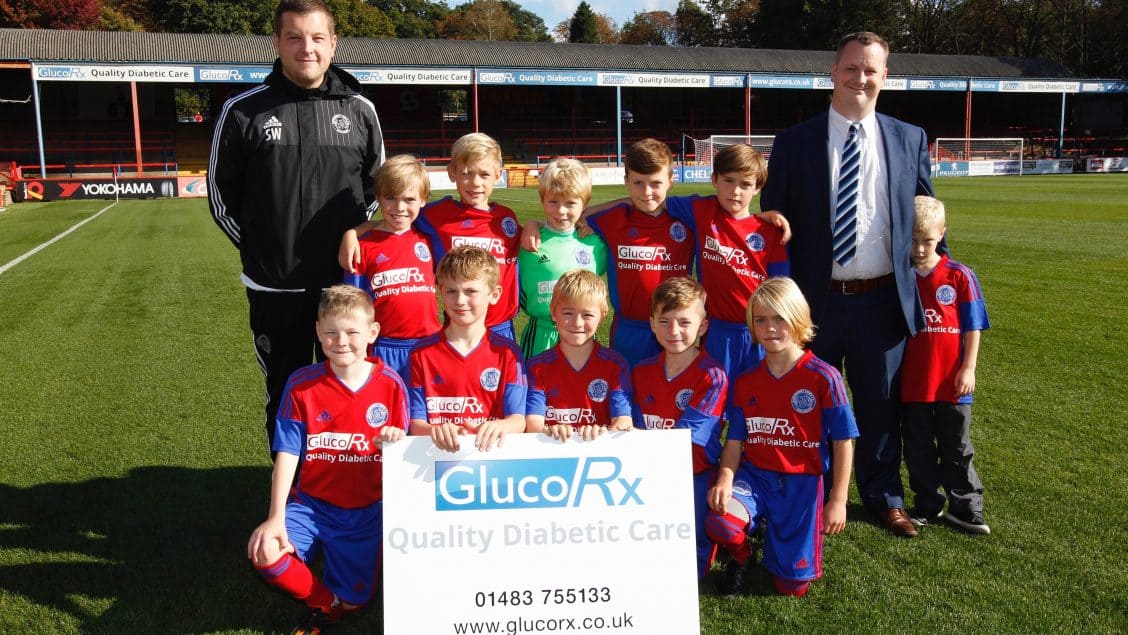