Saturday’s game against Lincoln City was a momentous occasion for several reasons – not only did it confirm our best run of form for nine years, in front of our biggest crowd of the season, it also saw us bid a fond farewell to BBC Surrey Sport’s resident Shots commentator Gavin Denison.

The Imps’ visit marked Gavin’s 471st Aldershot Town commentary across almost 11 years, before his day job as a recruitment consultant takes him to Saudi Arabia for the next 12 months.

Since his first game in April 2006 – a 3-1 defeat against Cambridge United – Gavin has been the voice of a Shots rollercoaster which includes Scott Davies’s winner at Torquay, the promotion-clinching draw against Exter City, Dean Morgan’s stunning strike at Cheltenham, Carling Cup heroics against West Ham and Manchester United, FA Cup heartache at Middlesbrough, relegation from the Football League and many more historic days in between.

Although he grew up a Woking fan, Gavin (pictured above, with summariser Rob Worrall and BBC Five Live’s Caroline Barker) has brilliantly communicated the passion of being a Shots supporter, travelling to all four corners of England and speaking to listeners around the world. But, in an interview with Steve Gibbs last year, we had to ask one very pertinent question…

Why have you stuck with The Shots for so long? I’ve done it because I’ve enjoyed it! There have been times where it’s obviously been less enjoyable than others but it’s something that I’ve always liked doing. I like being able to follow one club, and the original plan was just to follow Aldershot Town for the second half of the 2007-08 season – but it kinda stuck from there! Apart from a four-month period covering Brighton, it’s been solely Aldershot Town since then. I’ve had highs and lows and pretty much everything in between!

Which commentators inspired you when you were growing up? My favourite was always Barry Davies, just because he’s a legend. He was so eloquent, had a great turn of phrase, and if he saw something on a football field which fell below the standards he felt the game should uphold, he would call them out. John Motson was great with his statistics, and that’s something I’ve always been a big fan of. On radio, John Murray is fantastic.

We’re always told to paint a picture, and nobody does it better than the guys on Test Match Special – their mastery at telling the story is unsurpassed. Mike Costello, who covers athletics and boxing for the BBC, is incredible, and hearing John Hunt call the end of the Grand National is always extraordinary.

I don’t think I’ve modelled myself on anyone in particular, but all of those guys have brought their own style to their work, and that’s what was important – to do it your own way, find your own style and your own rhythm, because if you try to sound like someone else you’ll end up sounding like a bit of a berk!

What do you think makes a good commentary? I always listen in a very technical way – is a commentator telling me what I need to know? It’s all about trying to create a picture and describe what’s going on. You tell a story rather than just ‘Player A kicks it to Player B’ – if someone has funny hair, or one of the stands at the ground looks like it’s going to fall down, say so. But you’ve also got to be constantly saying what the score is and who you are – if you feel like you’re doing it too much you’re probably doing it enough.

Everyone is different in their style, but ultimately you’ve got to do it in a way that is interesting to you, and interesting to the listeners. The worst games tend to be the best commentaries – you have to try to turn it into something quite entertaining. It’s all part of the storytelling, you’ve got to tell it like it is.

And it’s not an exact science, is it – what do you do when you don’t immediately know the goalscorer, for example? You just ignore it! You describe the goal and talk about its importance instead, and hope your summariser will point to a name on the teamsheet! You describe as much as you can and finally end it with ‘Charlie Walker makes it Aldershot Town 1 Boreham Wood 0’. No-one is infallible.

What’s the best thing about being a football commentator? Being able to talk about football! People who like football like talking about it. It’s a really good job and a fun thing to do. I’ve been very lucky to get a good club with good people that have played good football for some of the time!

What are the highlights and lowlights of your time covering Aldershot Town? I was very lucky to cover Terry Brown’s final game – that was the first time that it really struck me what kind of a bond the club had with the fans. It was a really emotional night, with Terry draped in scarfs and bowing down to the East Bank. I wish I’d been able to cover Terry’s tenure more than I did.

I’ll always remember Ben Herd and Nemanja Vidic walking out together, on that extraordinary night – seeing the EBB Stadium absolutely rammed was quite something. The win at West Ham, the night down in Exeter. Almost punching my fist through the roof of the Cheltenham press box in 2010 when Dean Morgan got that late winner.

The night in Torquay I have very mixed memories about, because I messed up the commentary of probably the most famous goal that Aldershot Town have ever scored! I initially called the goalscorer as Ben Harding, and while I don’t have any regrets if there was one mistake I could take back it would be that one. These things happen, and I corrected myself pretty soon, but it’s a shame that it had to happen on that goal.

There have been some dreadful games in some dreadful places, Chester this season, I remember a game at Tamworth a few years ago, and Middlesbrough was the worst journey home ever – I think eight sentences were spoken the entire way back! But it all feels like it’s been part of the story and I feel quite lucky that I’ve been able to spend the best part of 10 years following a club around – a club that has been promoted, played Manchester United and almost gone bust. It’s a hell of a story.

Who has been your favourite Shots player in all that time? Football is chaos, it’s impossible to predict, and you always want to watch a player who can do something you never could, players like Scott Davies, Jermaine McGlashan and Marvin Morgan, or Rhys Browne. As much as everyone loves the solid, 7/10 right-back, it’s those guys that you watch football for. I don’t think I can pick just one, but I loved the central-midfield pairing of Ben Harding and Lewis Chalmers in 2007-08. Between the two of them they could do pretty much everything.

How have you coped commentating on Aldershot Town for 10 years whilst remaining a Woking fan? It makes it interesting, but it’s also about being professional, and remembering who you’re reporting to. In my life I’ve seen many more Aldershot Town games, but I used to go to Woking with my uncle from the age of 9 or 10 – we stood with his friends on Moaners Corner at Kingfield, which is a brilliant place to watch football, it’s hilarious!

It’s about feeling invested in the story of Aldershot Town – one of the best things is the people behind the scenes, and getting to know the fans. It’s a friendly club. A lot of Aldershot v Woking games are a lot of fun, there’s very rarely been a bad one, and it means that I can genuinely answer the question ‘who do you want to win?’ with ‘I hope football is the winner’. It sounds cheesy as hell but I actually don’t mind, as long as it’s a good game. 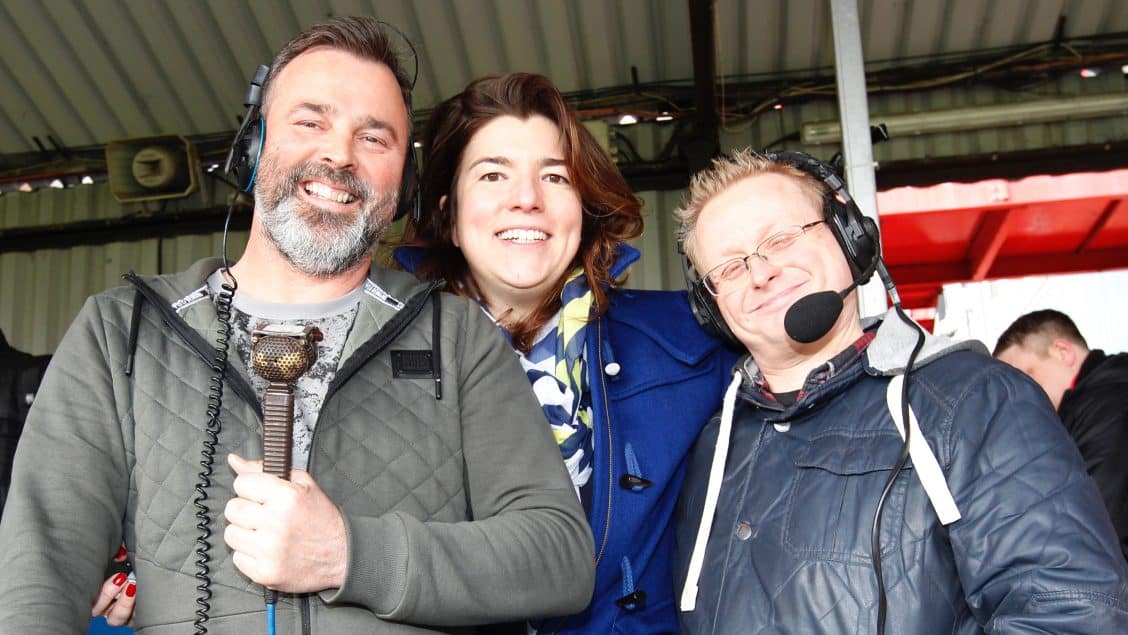 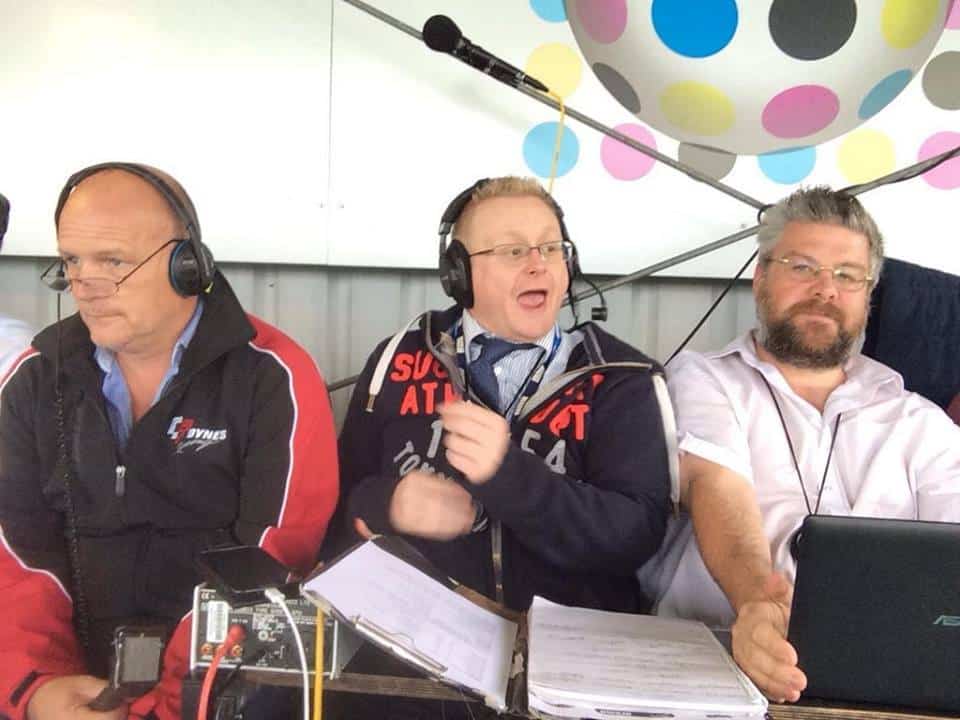 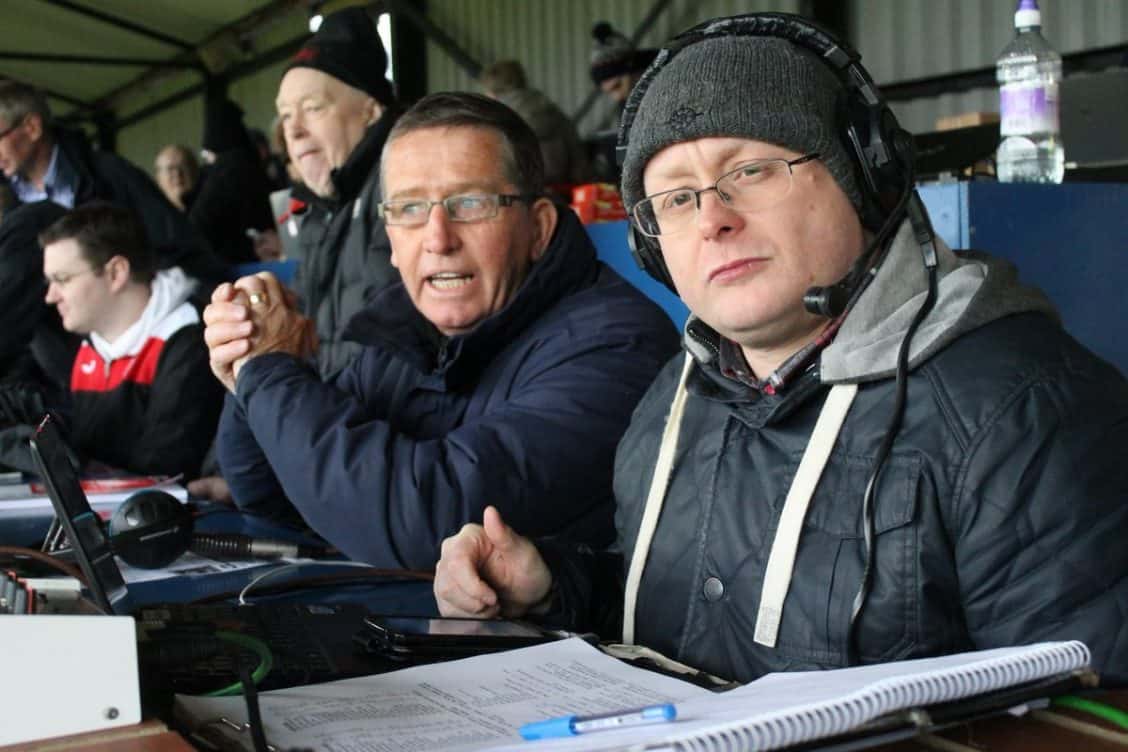