Scott Rendell’s sixth goal in six games earned The Shots a hard-won but deserved point on the banks of the Tyne.

The visitors, though, had dominated for long periods – particularly in the first-half – and could have had more than the single goal.

Naming an unchanged line-up for the fourth game in succession, Aldershot Town found themselves under early pressure from Gateshead. Yet, after a strong opening 15 minutes from the hosts, The Shots enjoyed a 20-minute spell of their own. Shamir Fenelon had two half-chances, before Kanu and Mensah had two further efforts charged down by strong defending.

Paddy McLaughlin’s shot then took a slight deflection, causing Jake Cole to spill the ball around the post, and Manny Smith’s header was cleared inside the six-yard box by Alexander, but on 35 minutes the hosts had the lead. Wes York swung in a cross and Jordan Burrow glanced a header across Cole into the net.

Soon another Burrow glancing header was comfortably saved by Cole but The Shots, crucially, responded superbly. On 41 minutes, Benyu started an attack from deep and, with deft touch which bypassed two opponents, sent Gallagher breaking forward. His pass found Rendell breaking into the penalty area to shoot past Hanford.

Aldershot Town ended the half on top, and within seconds of equalising Mensah’s stabbed shot drifted inches wide of the post. Rendell’s shot on the turn was then deflected wide, and from the corner Fenelon’s 20-yard drive was well tipped over the bar by Hanford.

On 47 minutes, Mensah’s shot rolled just past the post, but Gateshead started the secomd-half with greater menace. On 49 mnutes, Conroy sliced his clearance in a crowded penalty area and Jake Cole had to throw himself to deny both James Bolton and Sam Jones.

Mensah rifled a half-volley into the side-netting, but Gateshead should have been ahead on 57 minutes, Wes York somehow scooping the ball over the crossbar from five yards after Mafuta won the ball on the right and seemingly put the chance on a plate.

McLaughlin hit another long-range drive wide, Burrow powered a header past the post and Manny Smith hit a shot on the turn just over the bar, but both sides were pushing for a late winner.

Hanford denied substitute McClure, and then slid off his line to bock Rendell’s angled shot, but the best chance of a late winner came on 87 minutes: Bolton’s stumble left Rendell with only Hanford to beat but from the edge of the box his finish was weak and straight at the goalkeeper.

Gateshead countered and Straker cleared the ball off the line as Bolton bundled it goalwards, with Cole parrying Bell’s follow-up, and that was the final chance, leaving Gateshead to ponder another home draw. For The Shots, though, it was a positive afternoon’s work. 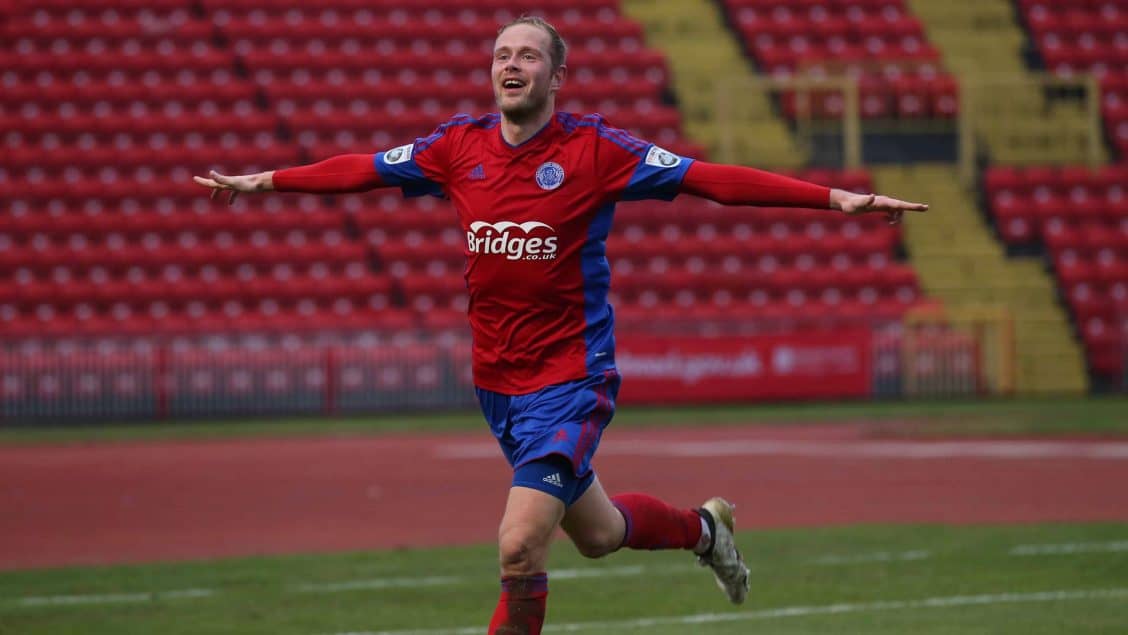 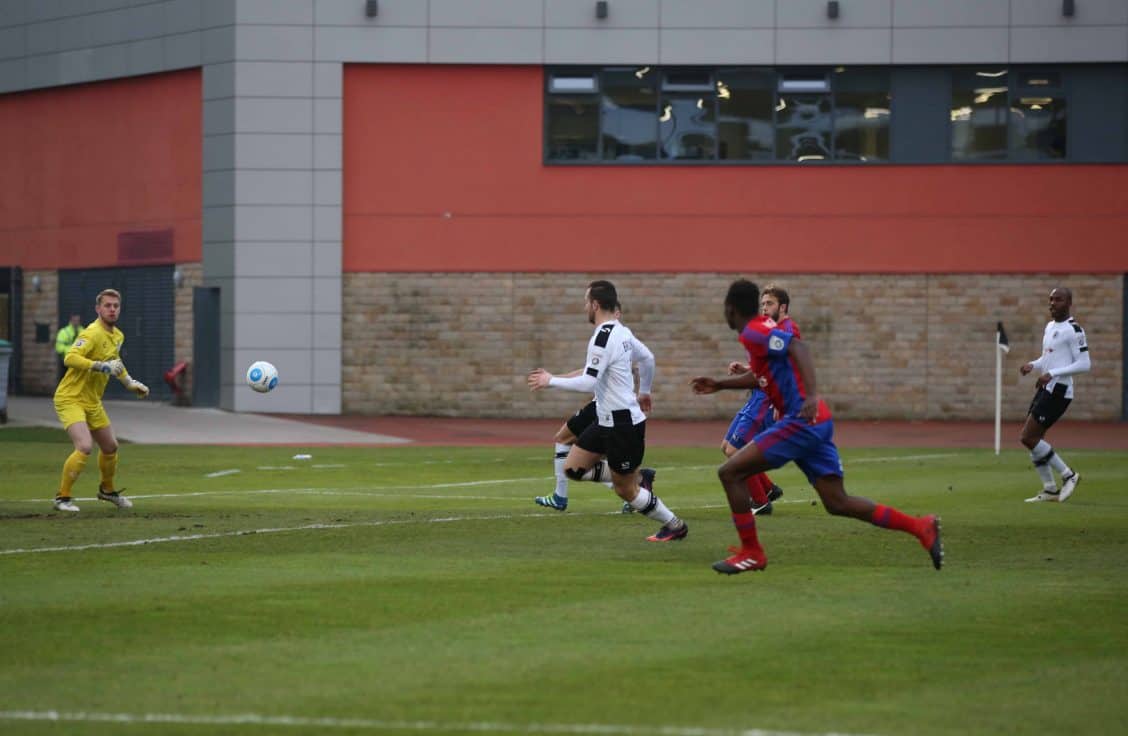 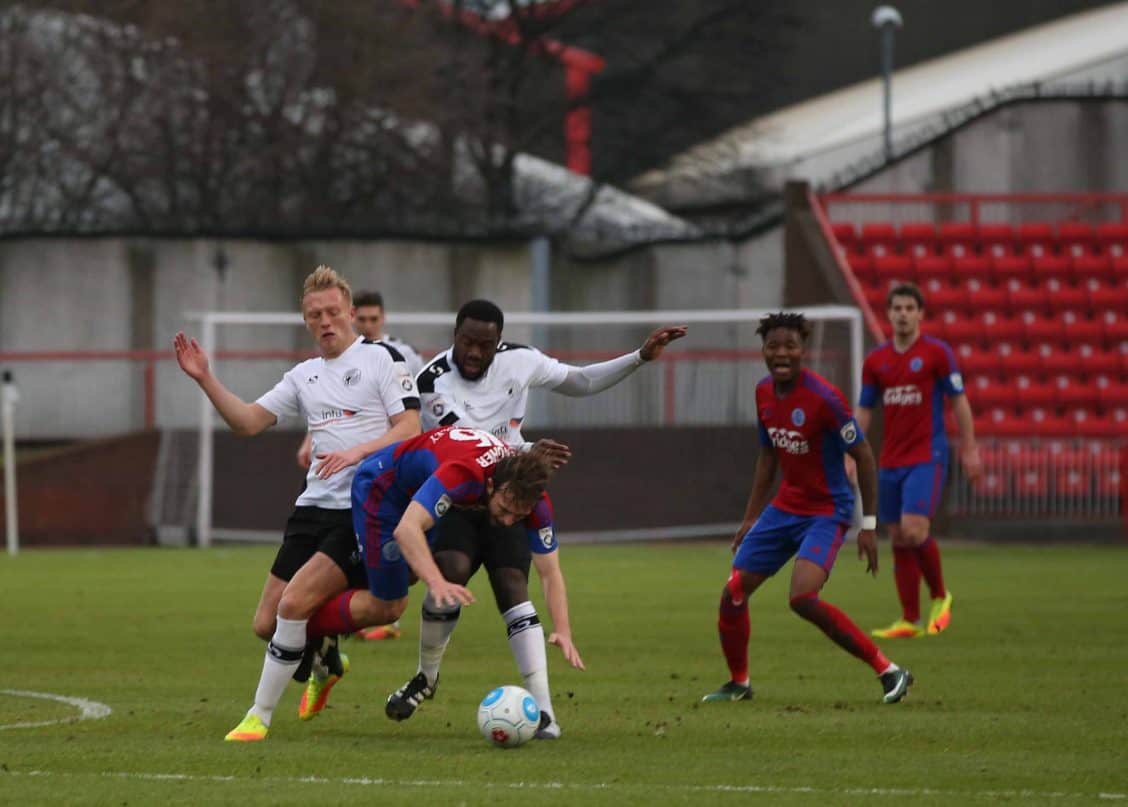 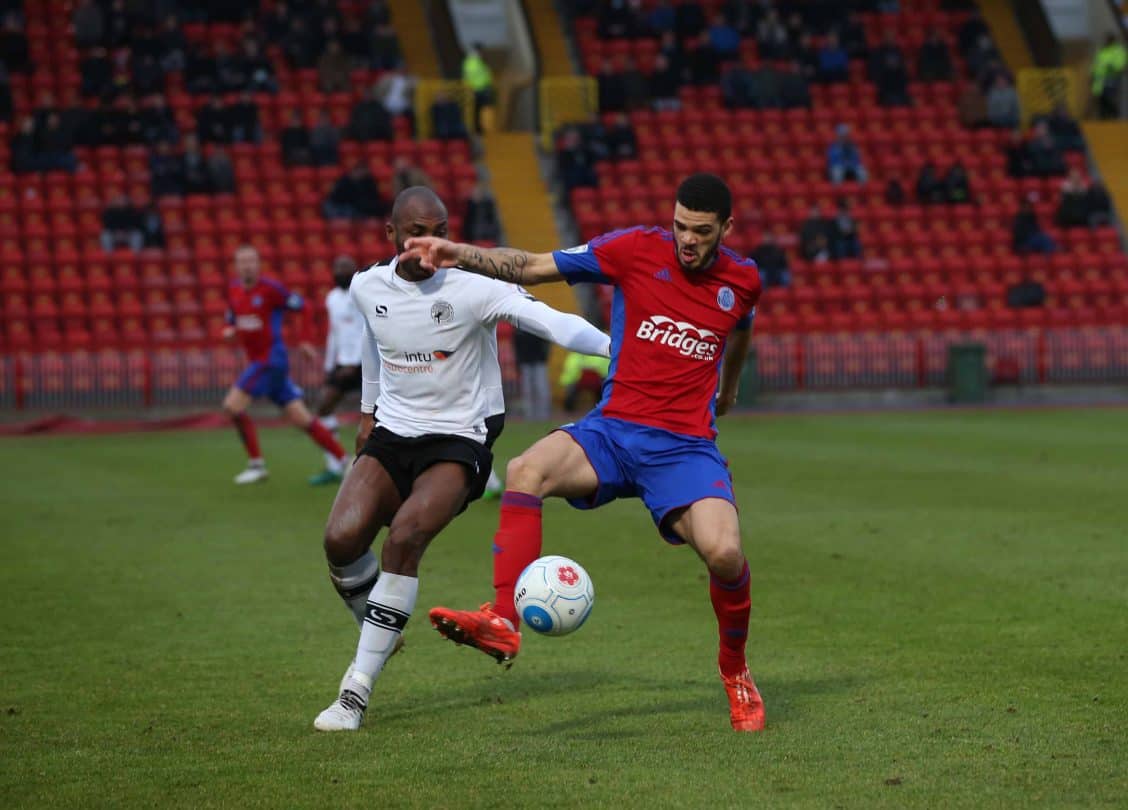 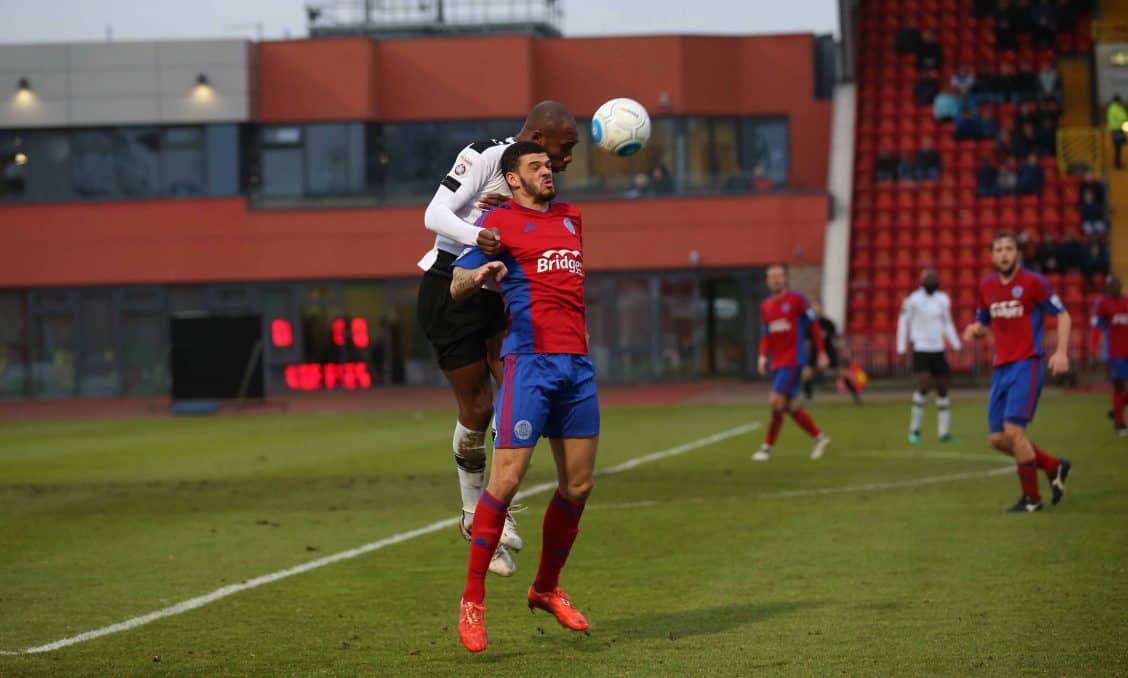 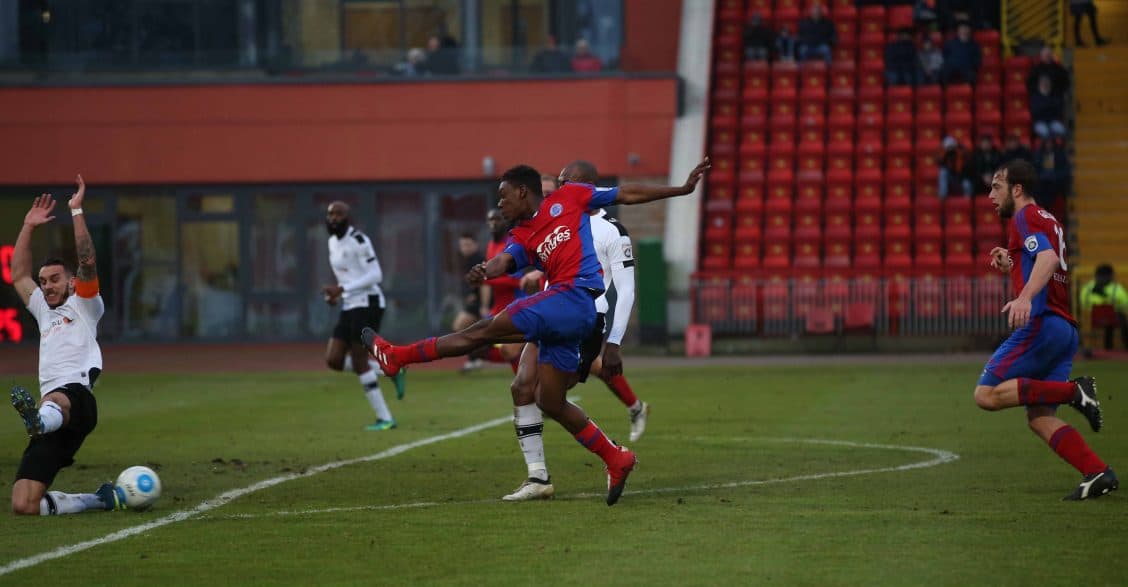 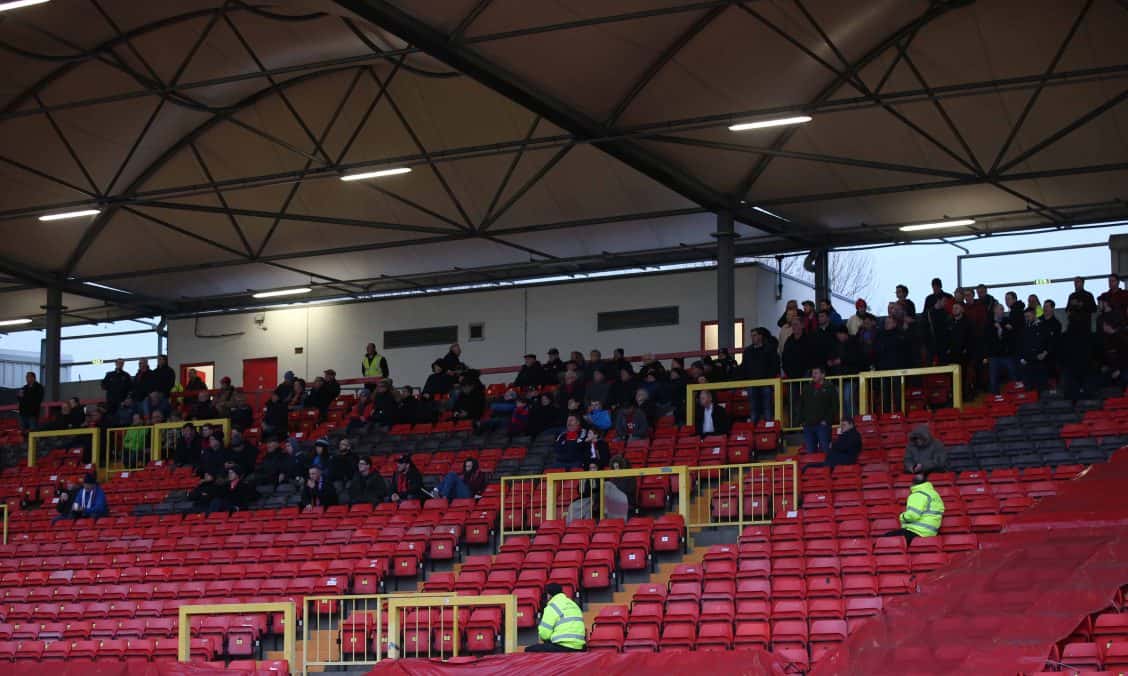 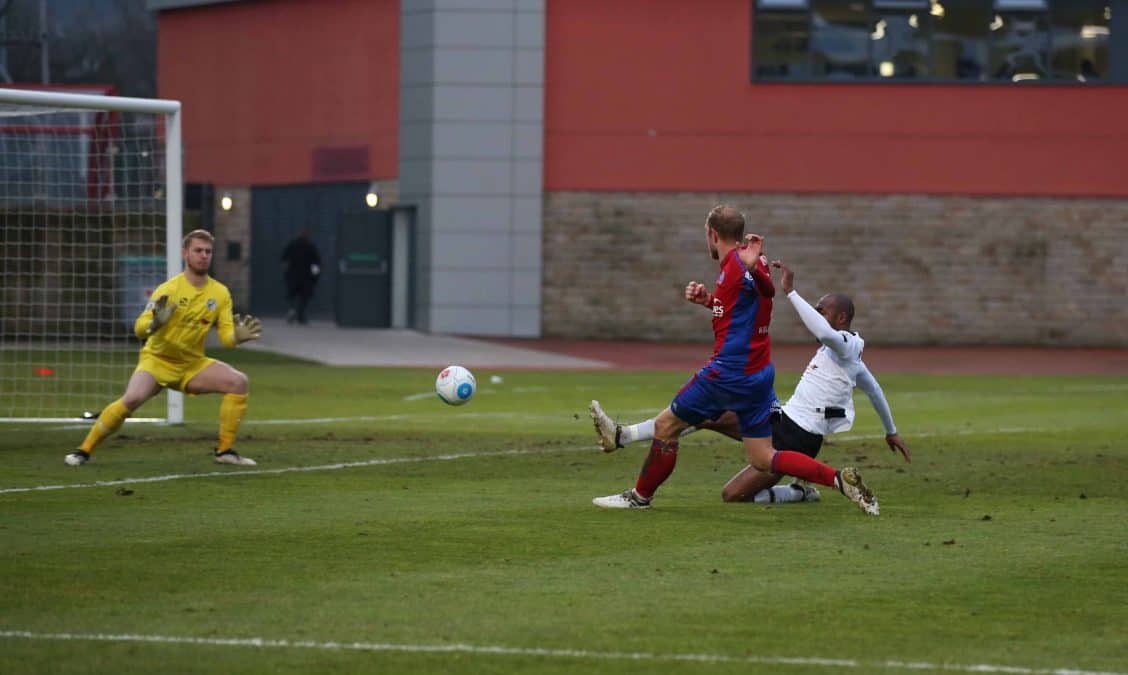 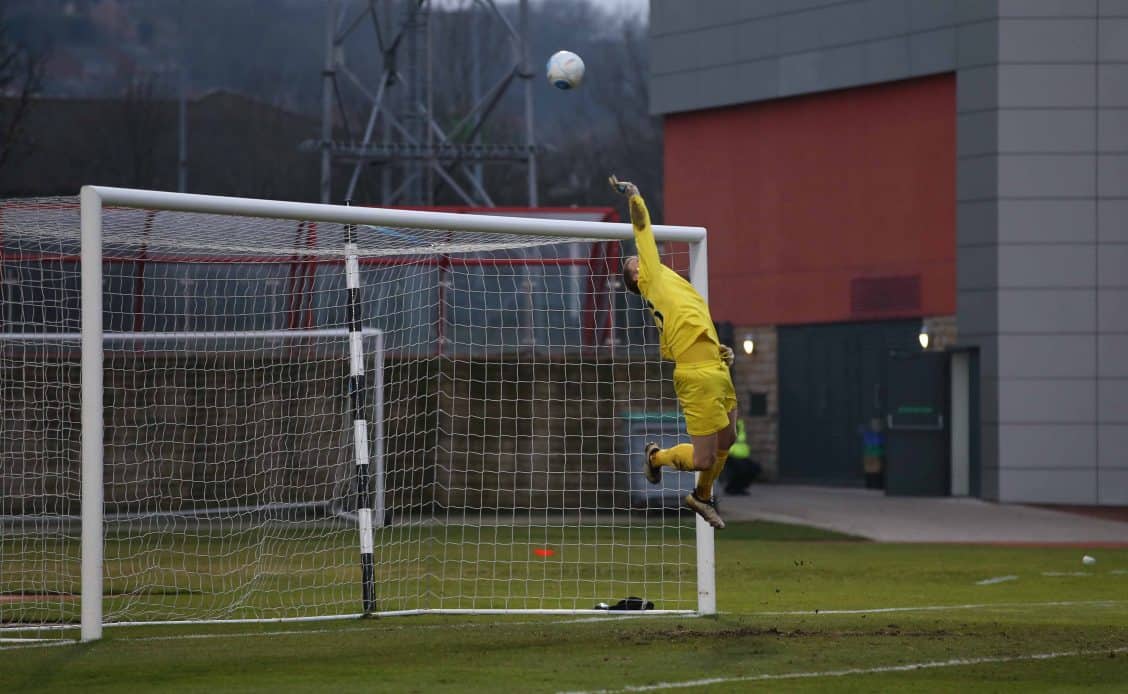