Gary Waddock has today given his support to the Hampshire Police and Crime Commissioner’s #RaiseaFlag campaign to help young people recognise the signs of an unhealthy relationship.

Launched by Commissioner Michael Lane and his Youth Commission, to coincide with the World Cup, the campaign aims to highlight research which shows that incidents of domestic abuse rise when England play.

Throughout the tournament, the campaign flag will be raised on flagpoles across the Hampshire policing area to draw attention to the issue of unhealthy relationships – and this afternoon arrived at The Shots’ training base at the Aldershot Military Stadium.

The campaign has been developed by the Youth Commission in response to feedback from their Big Conversation consultation with over 3,600 young people.

Youth organisations (including Princes Trust, Youth Options, Safer Futures, Police Cadets, YServices and Active Communities Network) will be running workshops to help young people to spot the signs of an unhealthy relationships and know how to access support. Beer mats will also be distributed to pubs signposting the campaign website, www.hampshire-pcc.gov.uk/flag.

Commissioner Lane said: “It is sad that major sports competitions like the World Cup can cause a rise in Domestic Abuse, but the evidence indicates we should be prepared. I hope that the RaiseaFlag campaign will encourage people to be alert to the signs of domestic abuse and unhealthy relationships in their communities.

“The campaign is being supported by many of our public sector partners, youth organisations and football clubs. I was pleased that Chief Inspector Mike Haines and Hampshire Fire and Rescue Area Manager Tom Simms were able to join me and Youth Commission members, Casey and Ryan, at the first flag raising.”

Youth Commission member, Julia aged 17 from Havant, said: “We have created the RaiseaFlag campaign because young people have told us that they think more needs to be done to raise awareness of the signs of an unhealthy relationship.

Researchers at Lancaster University studied incidents of domestic abuse during World Cup matches in 2002, 2006 and 2010 and found a 38% rise on days when England played and lost, and a 26% rise when England won or drew.

More information on the support available can be found at www.hampshire-pcc.gov.uk/flag. 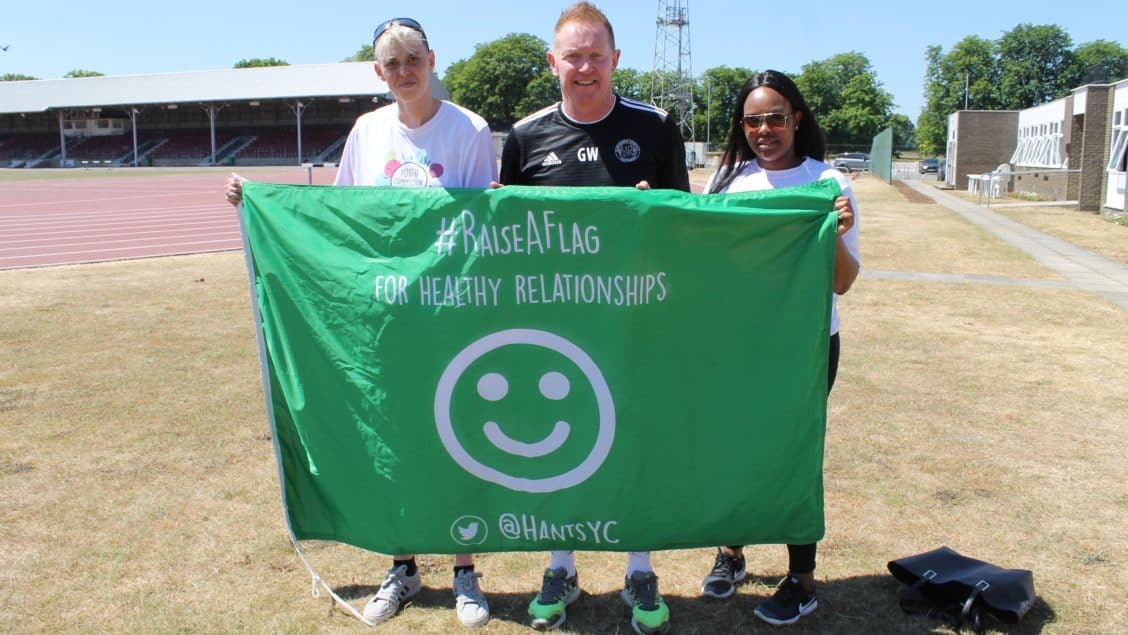 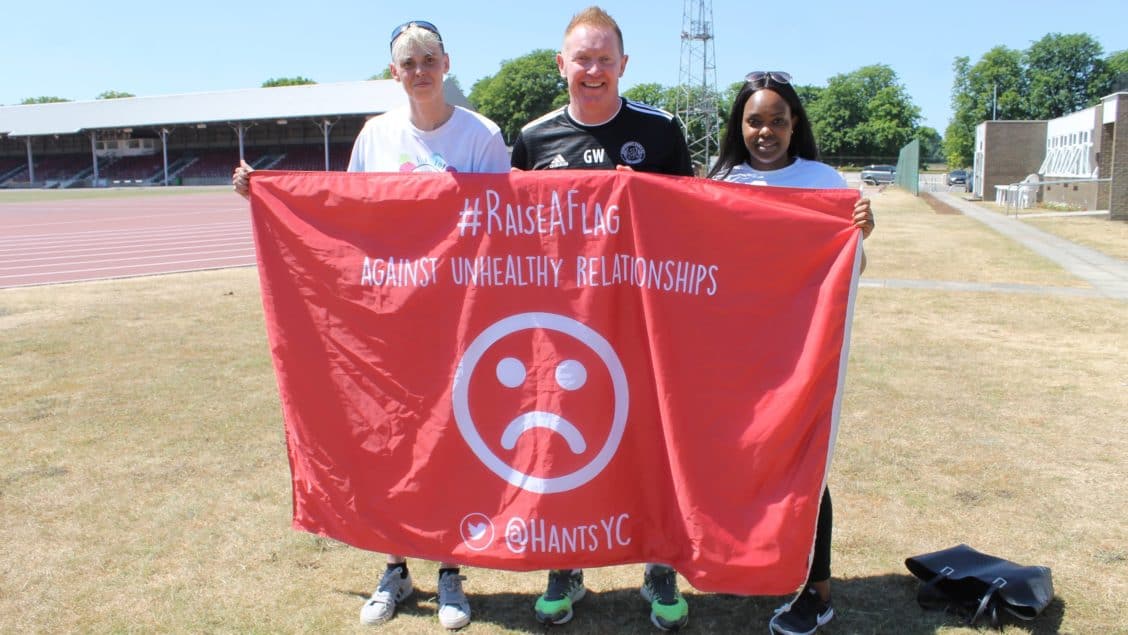