Aldershot Town FC and the Royal British Legion thank all supporters who contributed to the Poppy Appeal collection on Saturday 11 November, which raised £505.20.

Collections at the EBB Stadium have now raised a fantastic £2278 in the last four years!

The Appeal, which aims to raise £47 million across the country, was launched by recreating lines of John McCrae’s poem In Flanders Fields in seven iconic locations across the UK, spelt out in poppies: Royal Hospital Chelsea, on Dunkirk Beach, the White Cliffs of Dover, National Memorial Arboretum in Staffordshire, Cardiff Bay, Salford Quays and the Sage in Gateshead.

First held in 1921, and inspired McCrae’s poem, the annual Poppy Appeal raises money for the Royal British Legion’s work in supporting members of the Armed Forces, their families and dependents.

“I would like to thank the officials, staff and supporters for their excellent response to the Collection,” said Michael Mills, Secretary of the Aldershot Branch of the Royal British Legion. “It was also a pleasure to assist in the Remembrance service prior to the game. Parading the standards at the ground is always an honour as the club, players and supporters are always so respectful during the silence.”

“The Royal British legion’s visit to the EBB Stadium is always one of my favourite events of the year,” said Shots Chairman Shahid Azeem. “It is vital that the town of Aldershot, as home of the British Army, continues to recognise and remember the sacrifices made by those who have served our country and others around the world, and Aldershot Town is proud to have helped to make this contribution.” 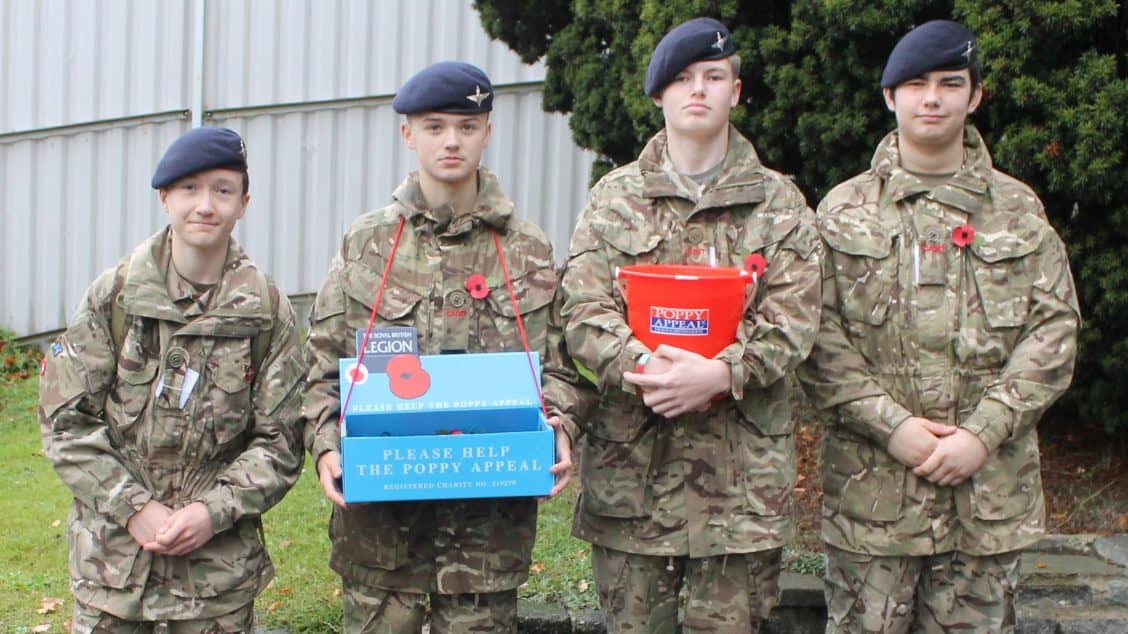