Aldershot Town are delighted to welcome dignitaries from near and far for tomorrow’s game against AFC Fylde at the EBB Stadium.

The matchball will be delivered to the centre spot by two celebrated veterans, Lewis Trinder and John Shannon, named ‘Supporter of the Year’ as the FA’s 2017 Respect Awards.

93 year-old Trinder is a veteran of D-Day and the Normandy Landings and, having joined up on his 18th birthday, served in the Royal Navy during World War Two, receiving five military campaign medals including the Pacific Star. He is now the Vice-Chairman of the Aldershot Branch of the Royal British Legion.

Mr Shannon, a Lieutenant in the Royal Navy who served from June 1939 to February 1946, is now 101 years-old and in July was named ‘Supporter of the Year’ for his voluntary work with the Amateur Alliance in his home town of Harrogate. His own football career was cut short by the outbreak of World War Two, where he rose to become an Able Seaman aboard HMS Dunvegan Castle, which undertook convoy work in the Atlantic. He also served as the ship’s Schoolmaster, before being appointed First Lieutenant aboard S.S. Albert le Borne to assist in the foundation of the Belgian Navy.

Previously, he had played in the hugely successful Barking Abbey School team of the mid 30s – as well as a spell in the West Ham youth team – before becoming a teacher and completing a coaching course led by then England manager, Walter Winterbottom. Later in his career, he was a coach at Halstead Town, and continues to actively support the England Over 60 and Over 65 teams.

We are also delighted to welcome Commodore Raja Rab Nawaz, Defence and Naval Advisor, along with Col Nadeem Iqbal Khan, Military and Air Advisor, from the High Commission for Pakistan in London.

Commodore Nawaz SI(M) was commissioned to the Operations Branch of the Pakistan Navy in July 1991. He is a Surface Warfare Officer and has served on a number of Pakistan Navy ships. He specialises in Anti-Submarine Warfare and Mine Warfare. The Commodore also holds a Master’s Degree in Security Studies from US Naval Postgraduate School, Monterey CA.

Col Nadeem Iqbal Khan says: “It is a real pleasure and honour to represent the Pakistan Military at the home of the British Army. The Indian Sub-Continent’s armies of the First and Second World War were the largest volunteer armies in history, as in excess of two-and-a-half million soldiers fought side-by-side with the British Military. Throughout the WW1 centenary, more and more people have got to hear, often for the first time, that the enormous Commonwealth contribution meant the armies fighting a century ago looked more like the Britain of 2017 than that of 1917. That is why Remembrance belongs to, and can bring together, people of every faith and ethnic background in Britain today.” 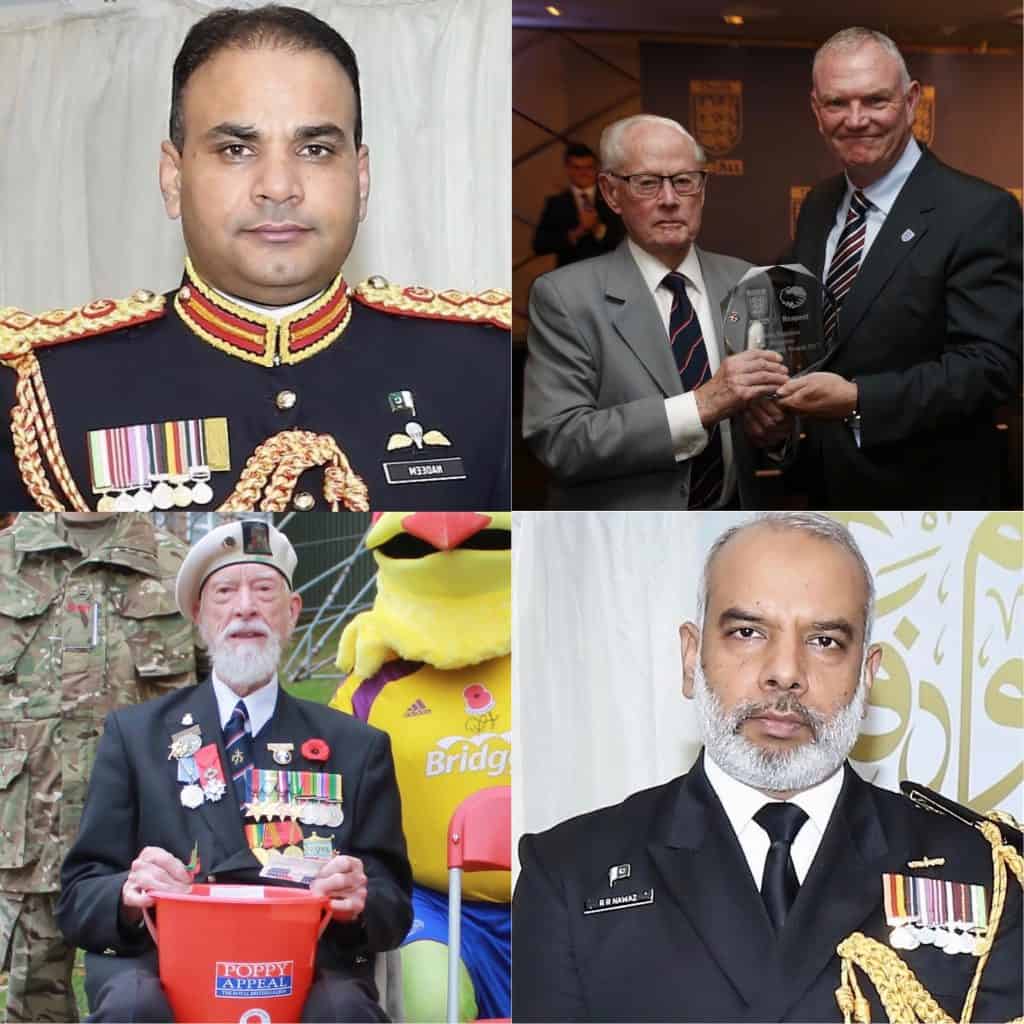