A huge air of anticipation and excitement hung in the air at the EBB stadium for this match. The ground saw a crowd of 3595 with 586 Lincoln fans making the trip to see the league leaders play in North Hampshire.

The Aldershot crowd was loud and the East Bank was rocking as Lincoln’s Terry Hawkridge kicked off, with the Shots kicking towards the East Bank end in the first half.

An early incident saw Evans brought down by Rhead , which resulted in a drop ball. Aldershot had a free kick in the 4th minute following a foul on Arnold. Both teams were showing some early pressure with a close opportunity for Lincoln with a shot just wide of the post and a Shots attempt by Mensah which went over the bar on 18 minutes. An easy save from Cole followed with a save by Farman from a Rendell header.

The momentum gathered and with ongoing battles resulting in fouls by both sides the 36th minute saw a shot from Gallagher fly high over the goal. A few minutes later a late tackle by Waterfall against Kanu saw a yellow card with the ensuing free kick creating a shot by Mensah that was saved by Farman.

The Aldershot Town defence continued to sustain physical pressure from the likes of Rhead with Reynolds sustaining an injury to the head but getting up and soldiering on. On the crack of half time a shot by Kanu from a corner led to nothing.

The second half saw a spirited Aldershot Town performance much in the same vein as the first half with a shot from Fenelon which was easily gathered by Farman.

The best chance for the Shots came in the 56th minute when Mensah sent a ball across the goal with a very unlucky Fenelon unable to get a touch for that vital first goal.

The pressure continued to build and be applied by Lincoln with Aldershot Town rising to the challenge, a free kick from Waterfall that just went wide. Lincoln saw some substitutions in the second half and the Shots replaced Alexander with Straker, Fenelon with Giles and Rendell with McClure.

Aldershot Town pushed on and a foul on Gallagher led to a missed header by Evans.

Fortress Aldershot continued to battle and the rising confidence of the team shone through and was evident throughout the game, with a last minute free kick from Lincoln hitting the Aldershot wall and a further corner seeing a great save by the ever colossus Cole.

The game ended in a 0-0 draw which was a fair result and a great point earned by what was a great team performance. COYS! 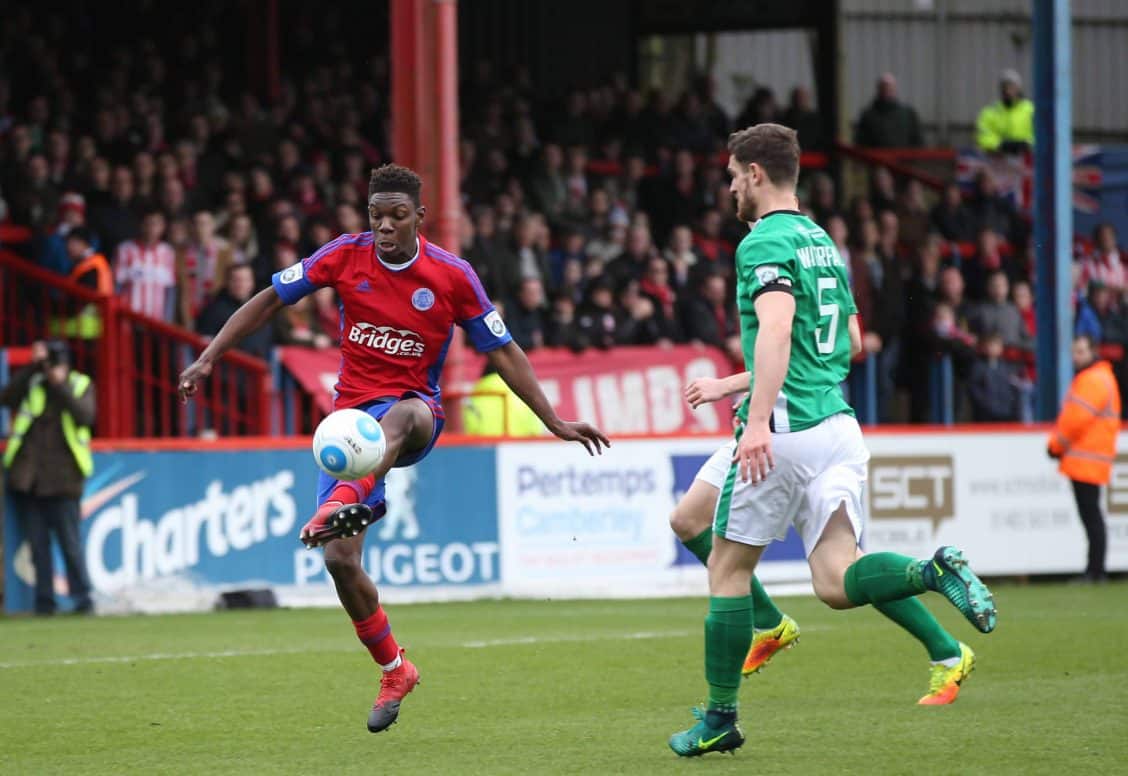 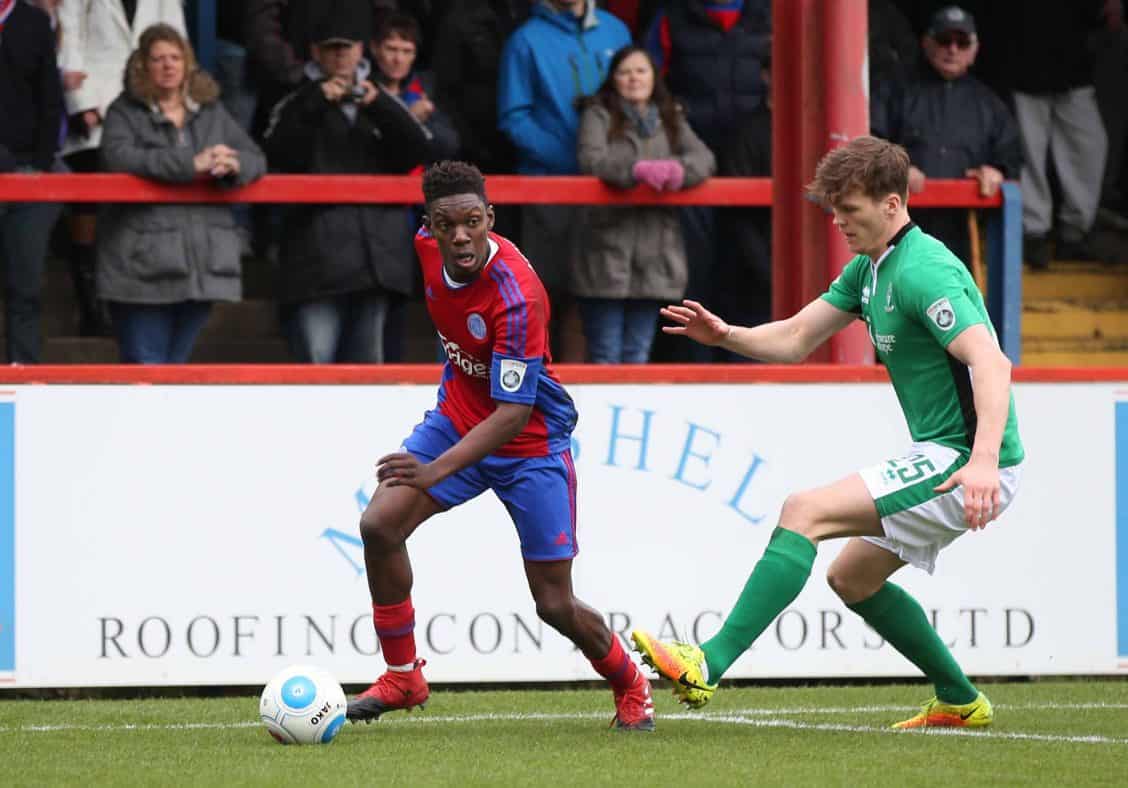 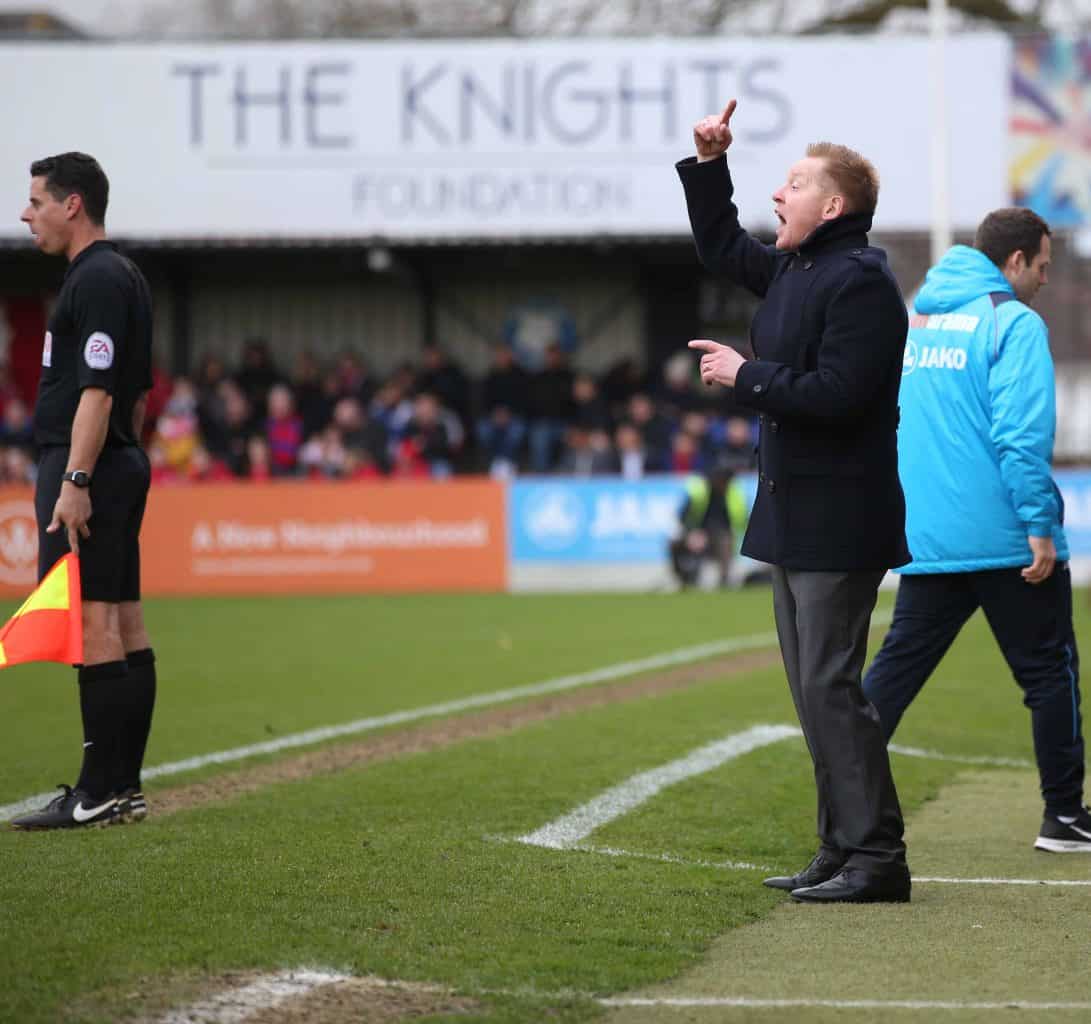 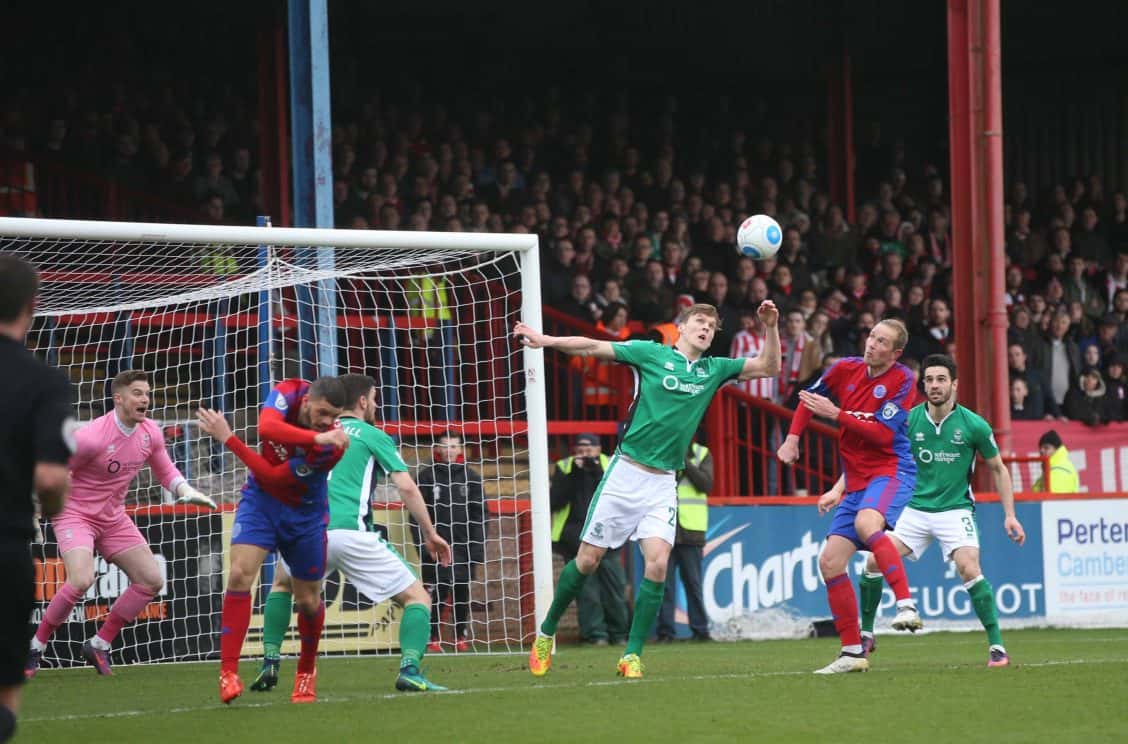 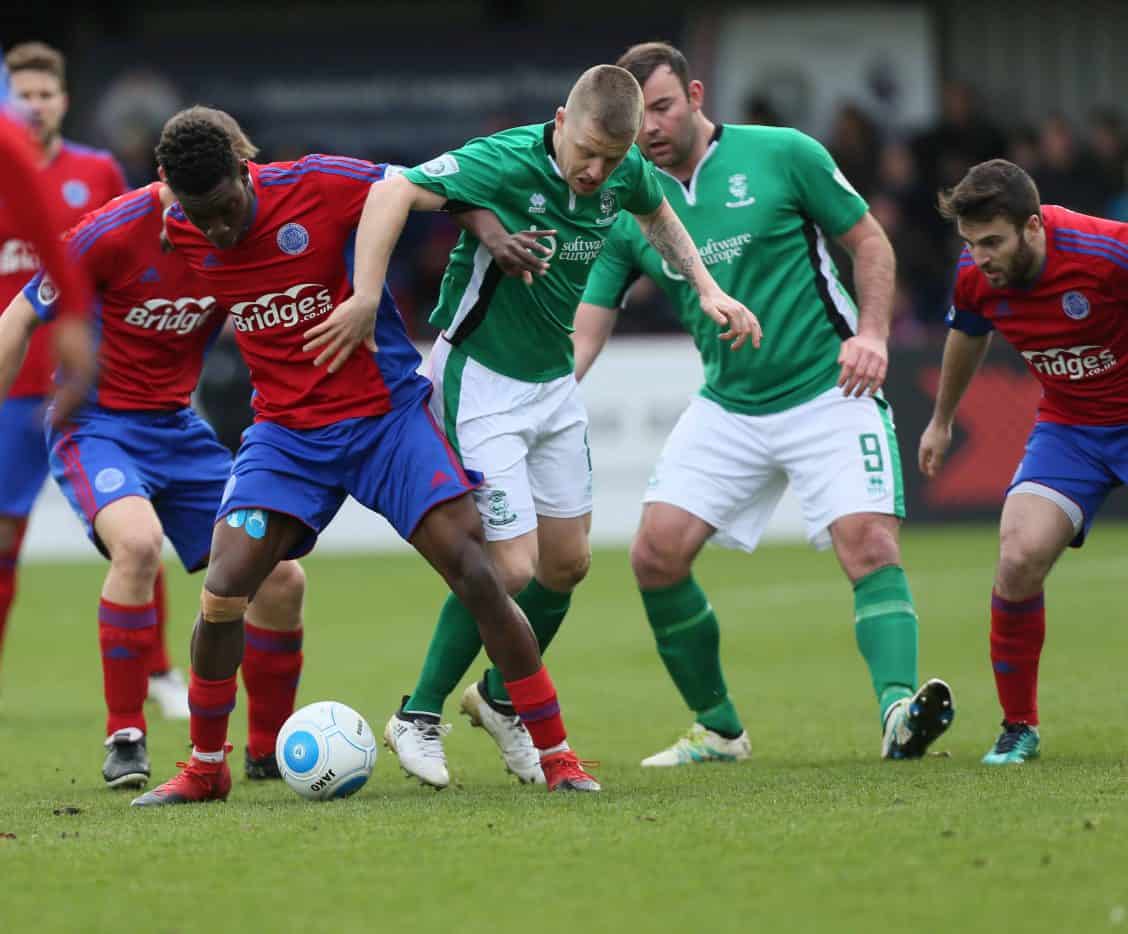 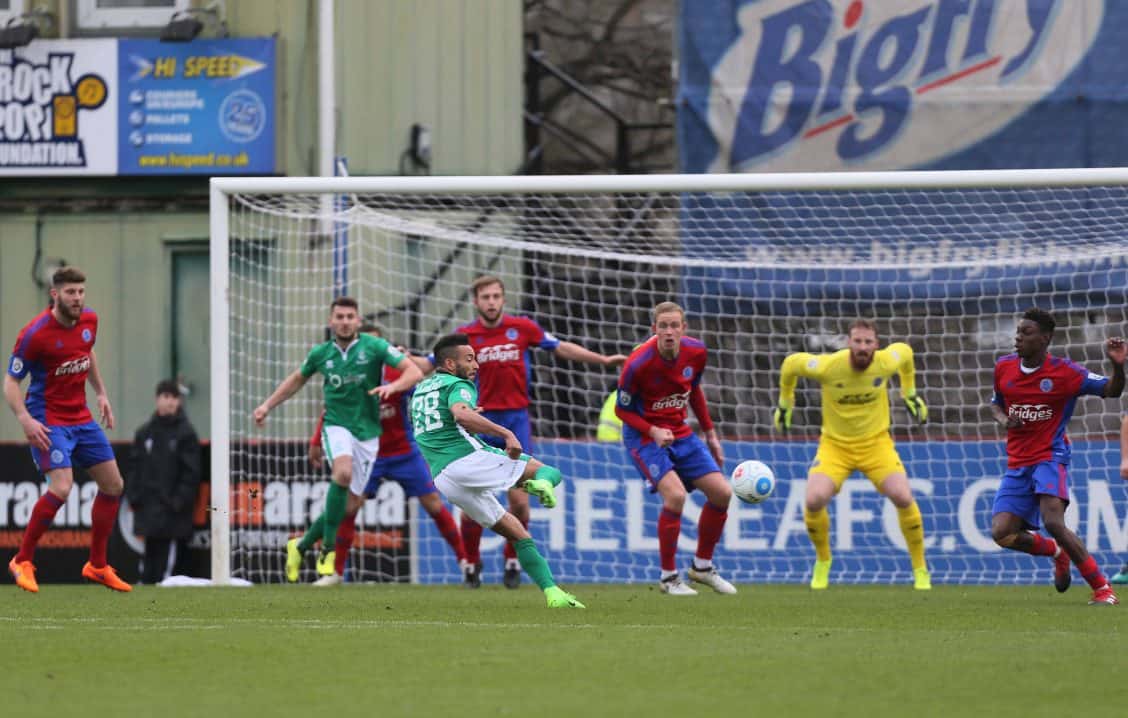 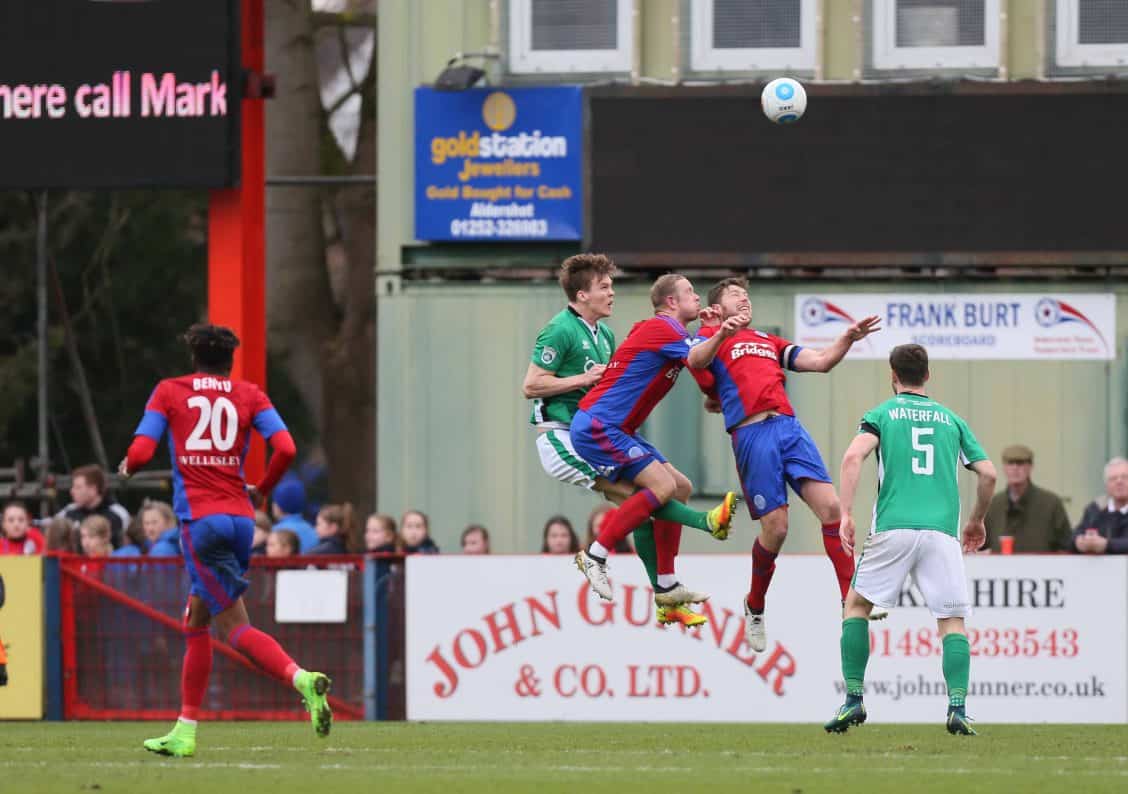