Aldershot Town were today proud to be represented at the funeral of Frank Burt, who passed away earlier this month at the age of 102.

Shahid paid fulsome tribute to Frank in a service which also featured readings by several members of Frank’s family and the reading of a poem entitled ‘Not, How Did He Die, But How Did He Live’.

Family and friends then attended a celebration of Frank’s life in the EBB Lounge, where photographs from throughout his life were displayed and many stories told, particularly from his time supporting The Shots.

Earlier, other members of staff including many Academy players lined the High Street to give Frank one last round of applause as his hearse briefly drew to a halt outside the EBB Stadium.

“It was a great honour, as Frank’s friend and the Chairman of the football club he supported for almost 90 years, to be part of such a fitting tribute to a wonderful man,” said Shahid. “It was a very emotional service, which showed the love that everybody has for him, and the number of people who wanted to pay their respects was remarkable but not in the least bit surprising.

“Aldershot Town will never forget Frank, and the dedication he showed to his club. He will always be a huge part of our history, and we remain very proud that he chose us as his club for so long. We will all miss him.” 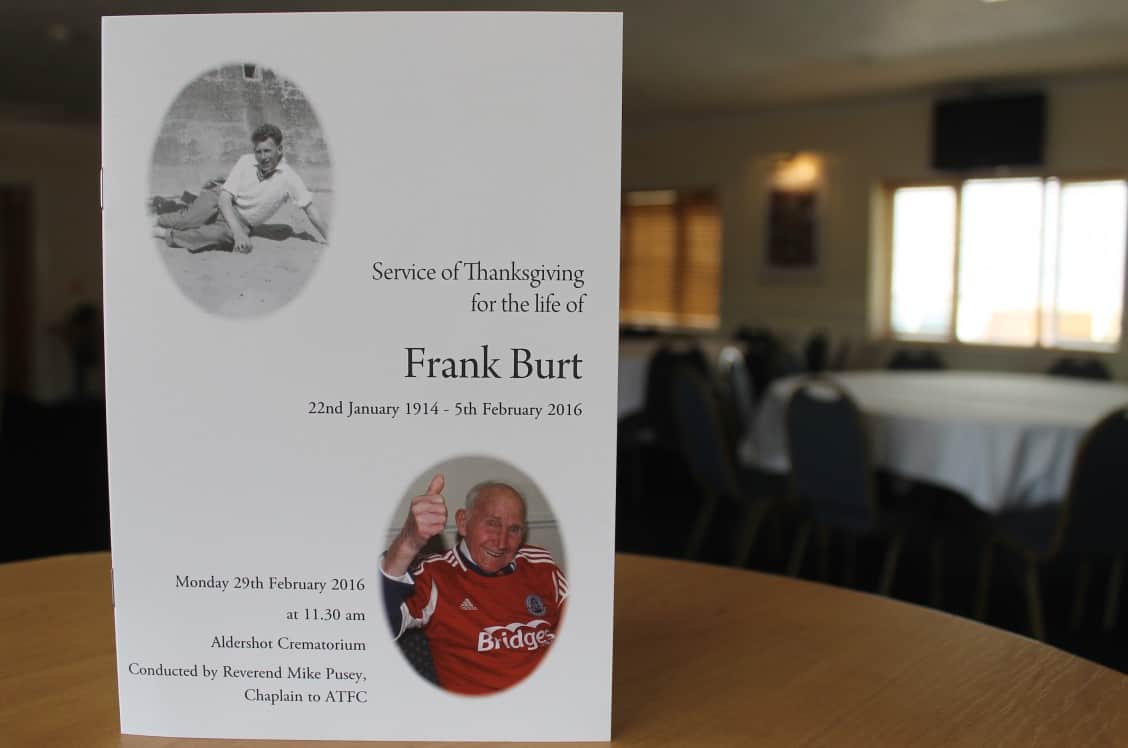 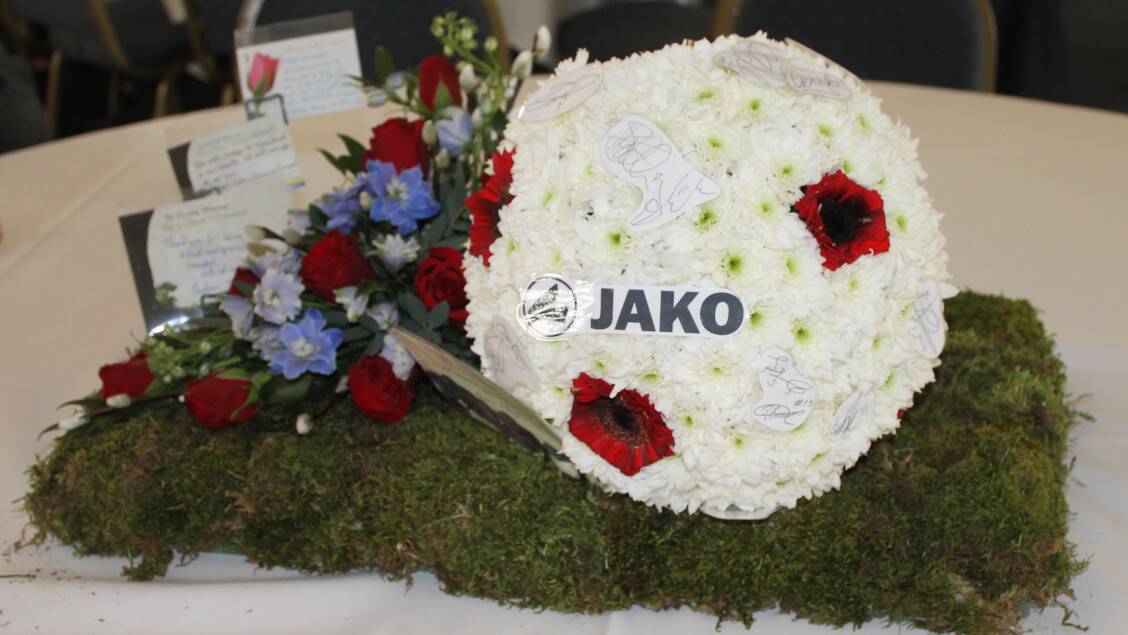