The family of Frank Burt are continuing to support The Shots in his honour with the sponsorship of Mark Smith’s 2016-17 kit.

Frank, who passed away in February aged 102, attended Aldershot FC’s first-ever match in 1927 and was Aldershot Town’s longest-standing supporter.

Now, his family have sponsored Mark’s kit with the words “in memory of Frank Burt”.

Frank was always one of the first supporters to sponsor a player each season and two of the shirts given to him, worn by Joe Oastler and Brett Williams, are now available for auction, with all proceeds going to the Phyllis Tuckwell Hospice. To make a bid, please contact Mark Butler on 01252 320211 or email mark.butler@theshots.co.uk. 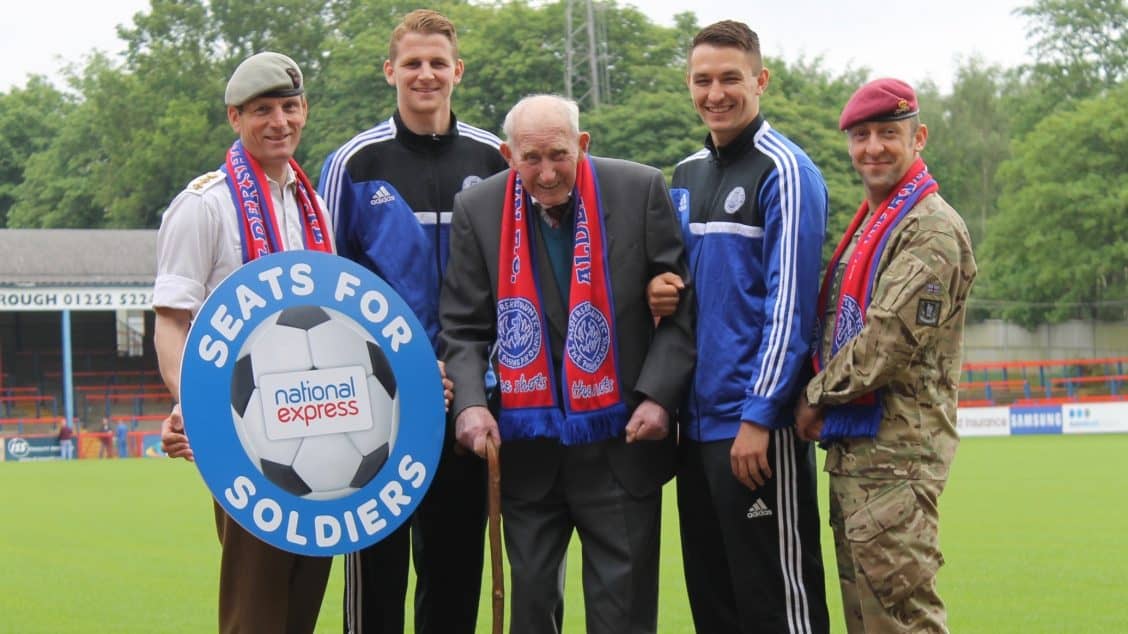