Aldershot Town inflicted a first league defeat of 2017 on Ebbsfleet United as goals from James Rowe and Scott Rendell earned The Shots a superb bounceback victory.

Naming an unchanged line-up from Saturday’s defeat against Dover, The Shots fully deserved the win with a performance full of spirit and quality on a filthy wet night in Kent.

Aldershot Town again started positively, with dangerous crosses into the penalty area and a great chance for Rendell, which he placed wide of the far-post from McClure’s left-wing delivery. Darren McQueen twice threatened the Shots’ defence in the opening period but, crucially, the visitors snatched the early goal their play warranted.

A great 16th minute move down the left saw Rendell dummy a low cross and McClure deftly move the ball further across goal for Rowe to fire in at the far-post.

Fleet mustered a period of pressure up to the half-hour mark, a series of corners and throw-ins which saw McQueen scramble the ball wide, Kedwell’s header superbly tipped over the bar by Cole, and then Magri direct another header wide of goal.

On 44 minutes, Cole had to react well to parry Powell’s well-disguised free-kick, but the half-time lead was with The Shots.

Nathan Ashmore made a fine double save soon after the break, denying Gallagher’s fierce snapshot and then blocking Rendell’s follow-up, whilst McQueen remained an isolated danger at the other end. On 53 minutes, Cole partially saved his angled shot and Reynolds completed the clearance virtually on the line, and he then pulled another effort wide.

That, though, was largely the end of Ebbsfleet’s attacking promise, and on 67 minutes The Shots scored a fine second goal. Kellermann was fouled on the right and when McDonnell drove the free-kick towards the near-post, Rendell’s back-heel flick took the ball in off the woodwork.

Substitute Danny Mills fired in a low shot from distance, Cook’s shot flew well over from even further out, and in stoppage time Kenny Clark’s downward header bounced up and over the crossbar.

Nonetheless, the 300 Shots fans who braved both heavy traffic and heavier rain were soon able to celebrate a win which takes the team up to third in the table. 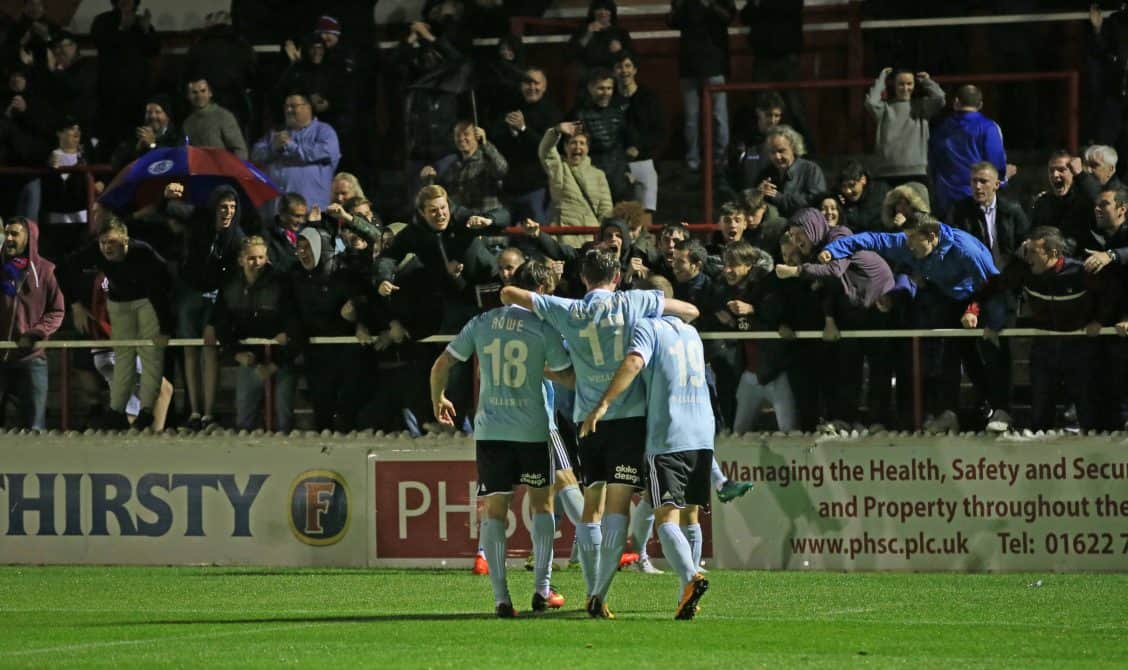 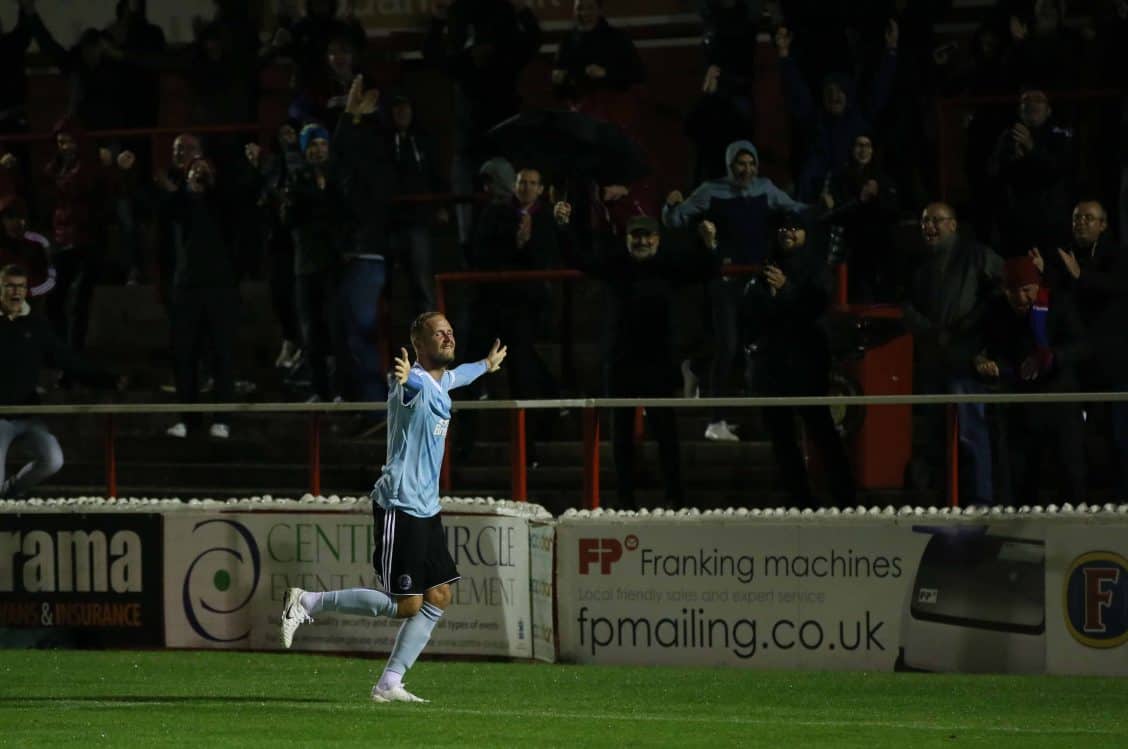 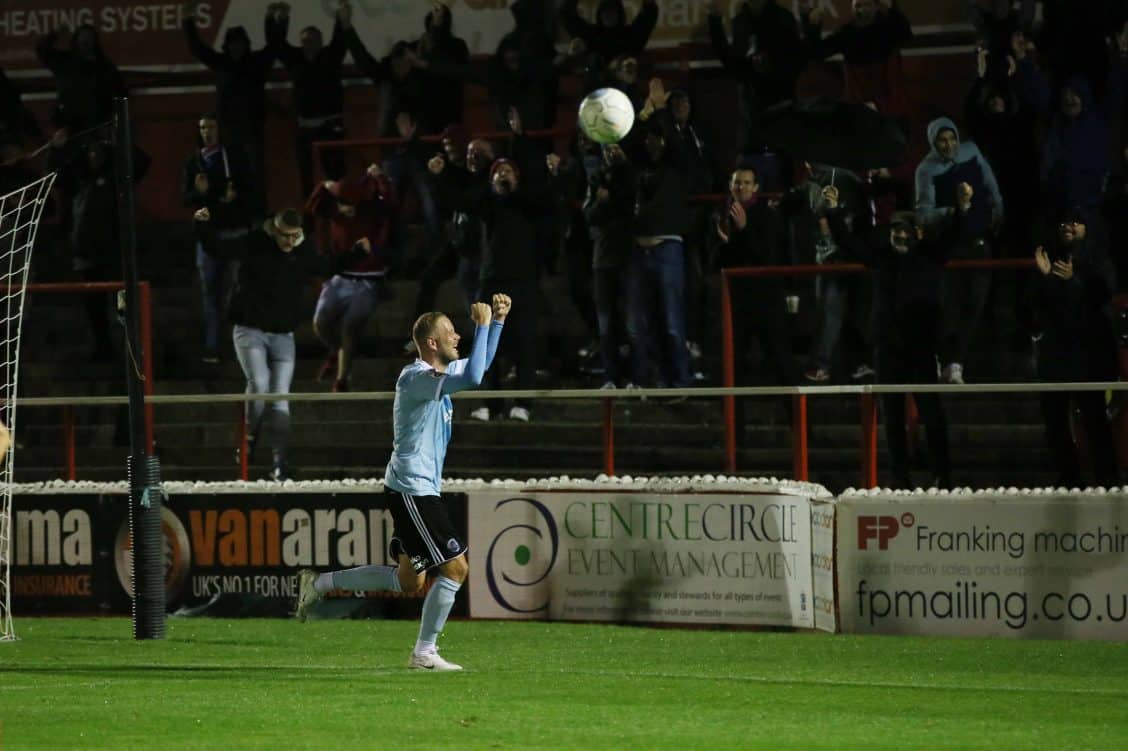 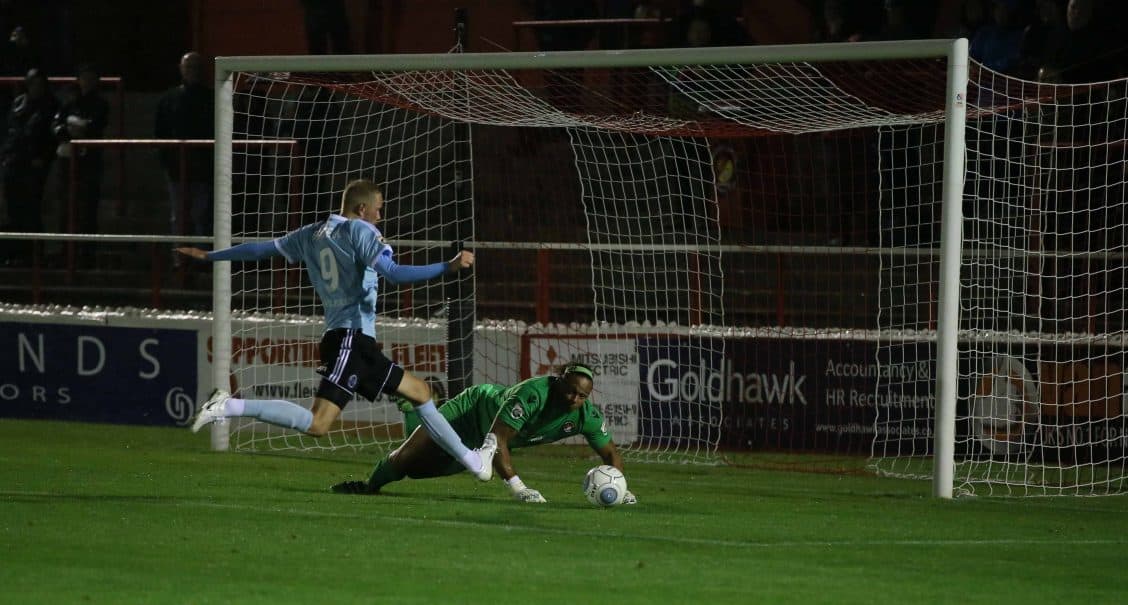 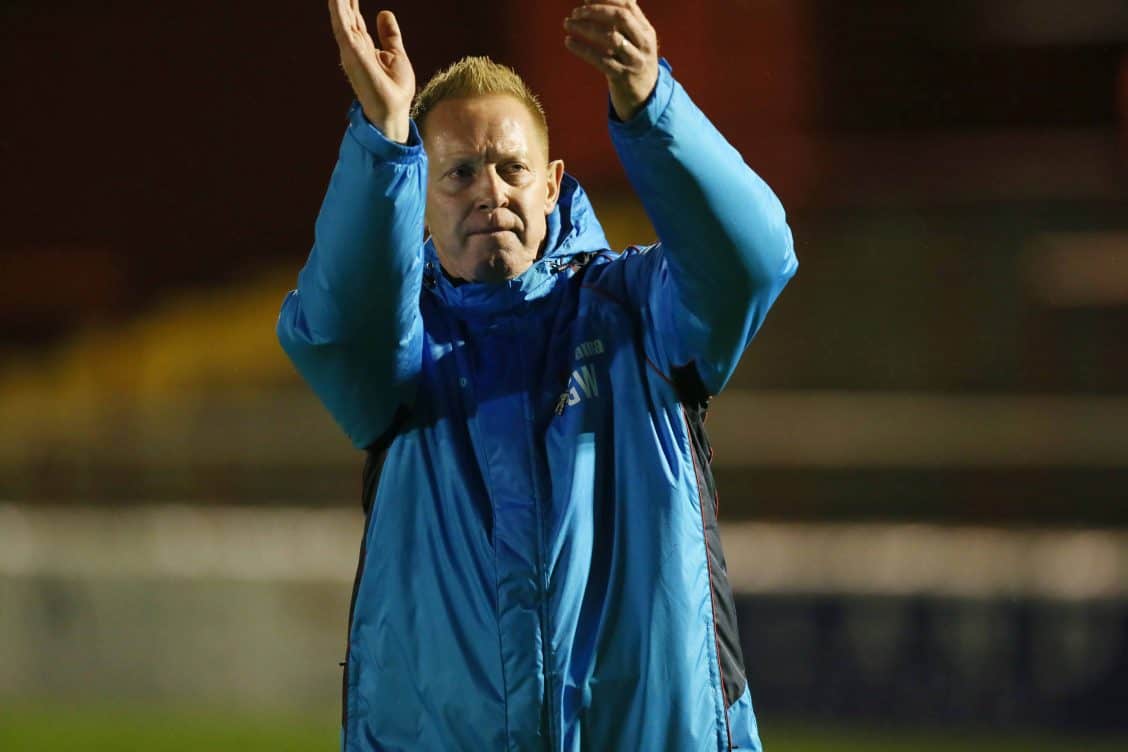 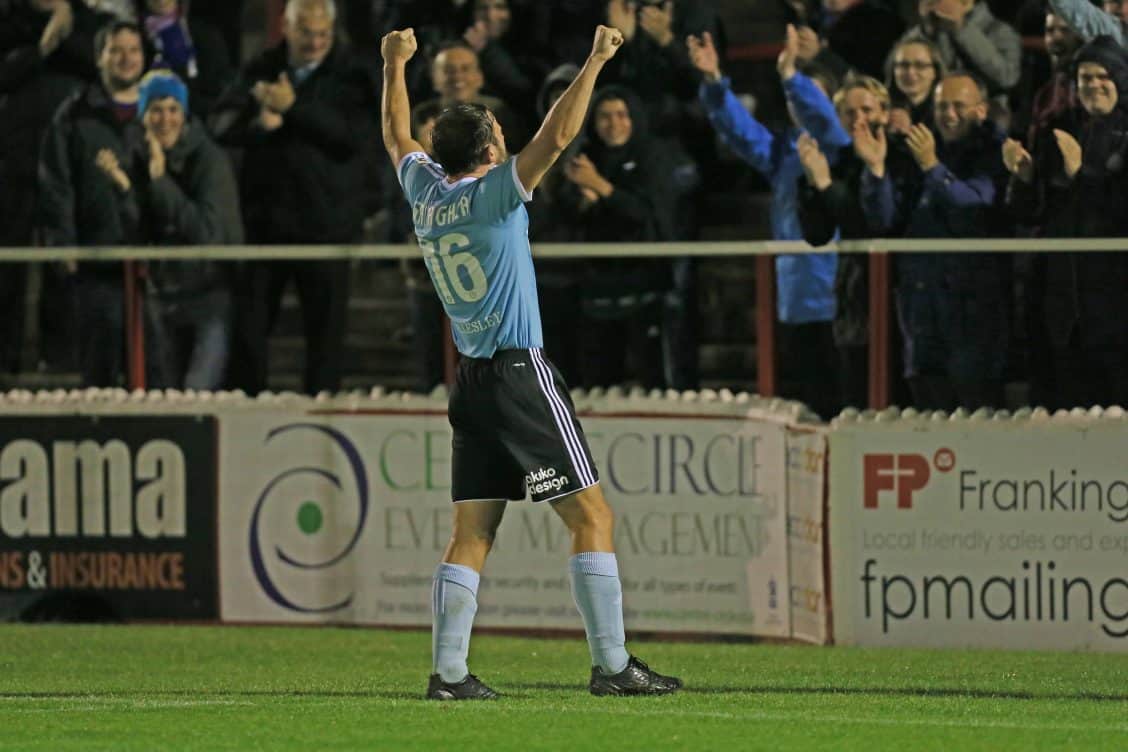 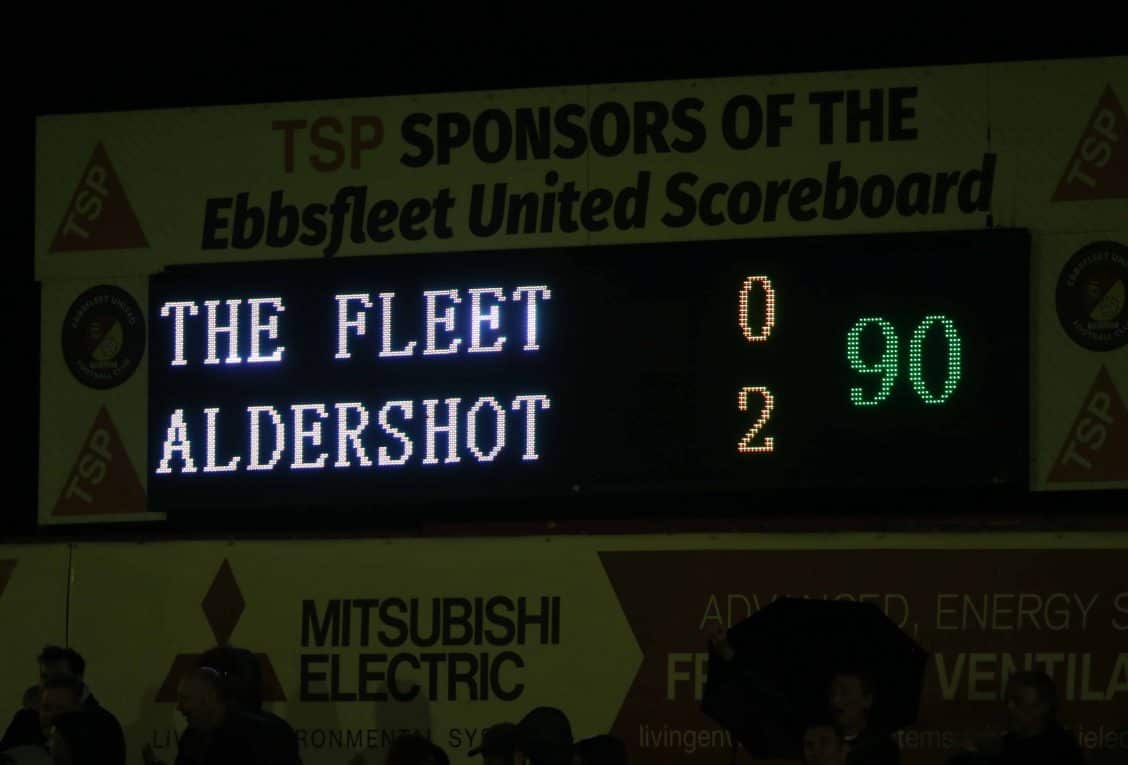 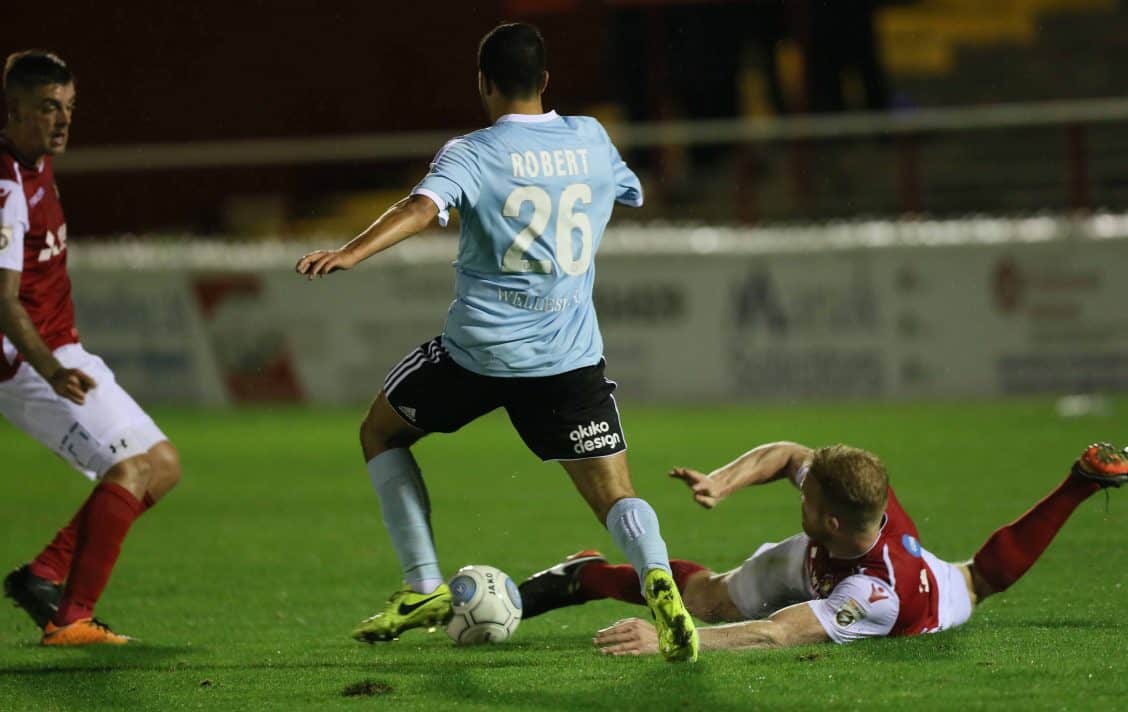 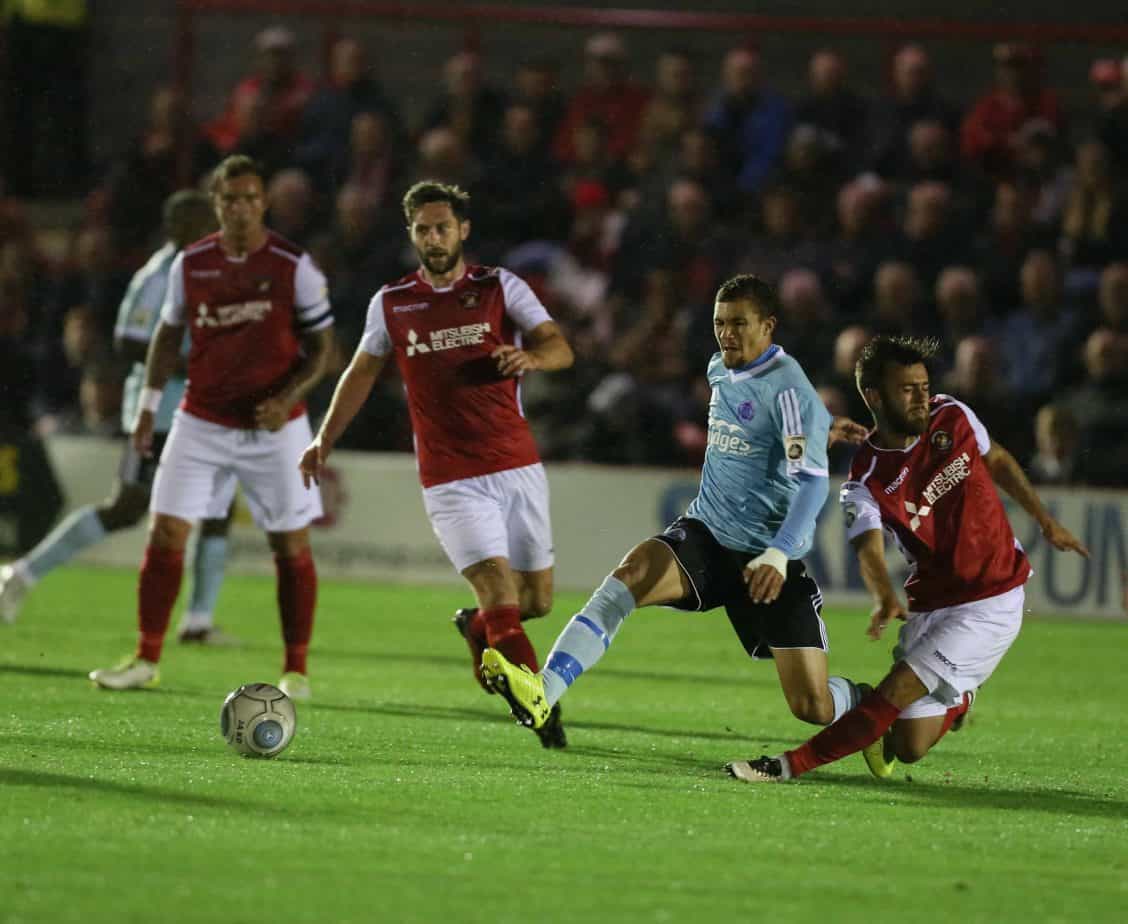 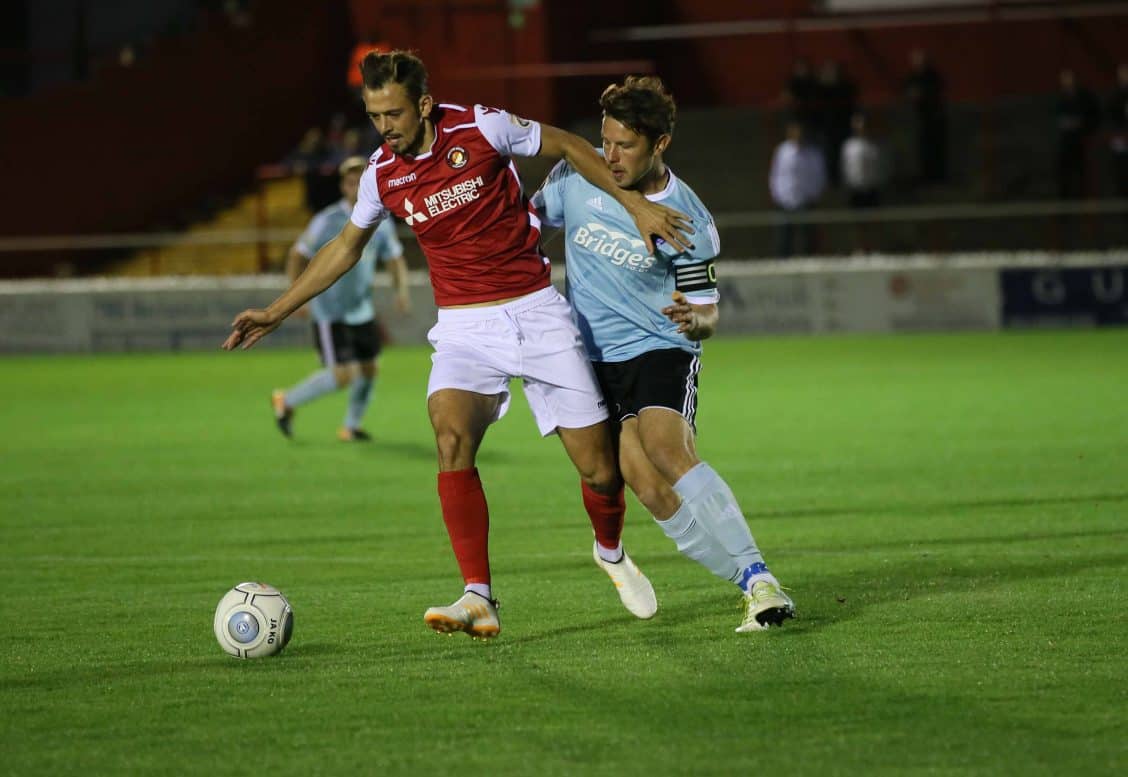 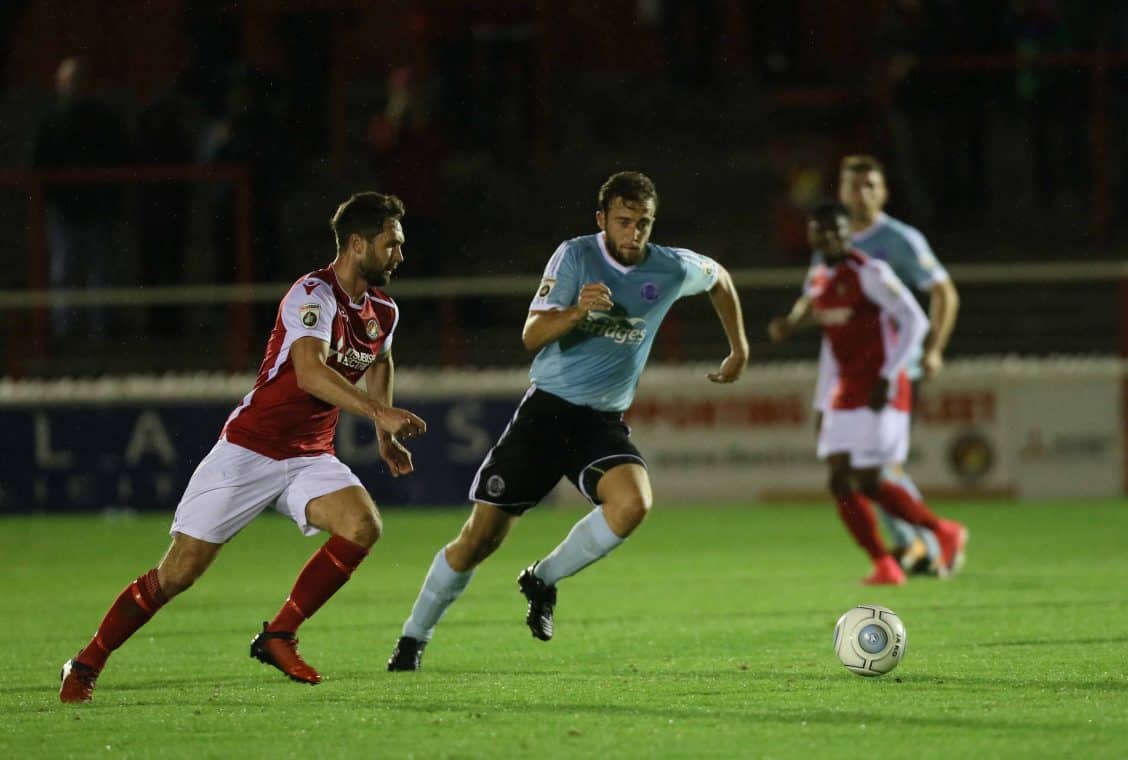 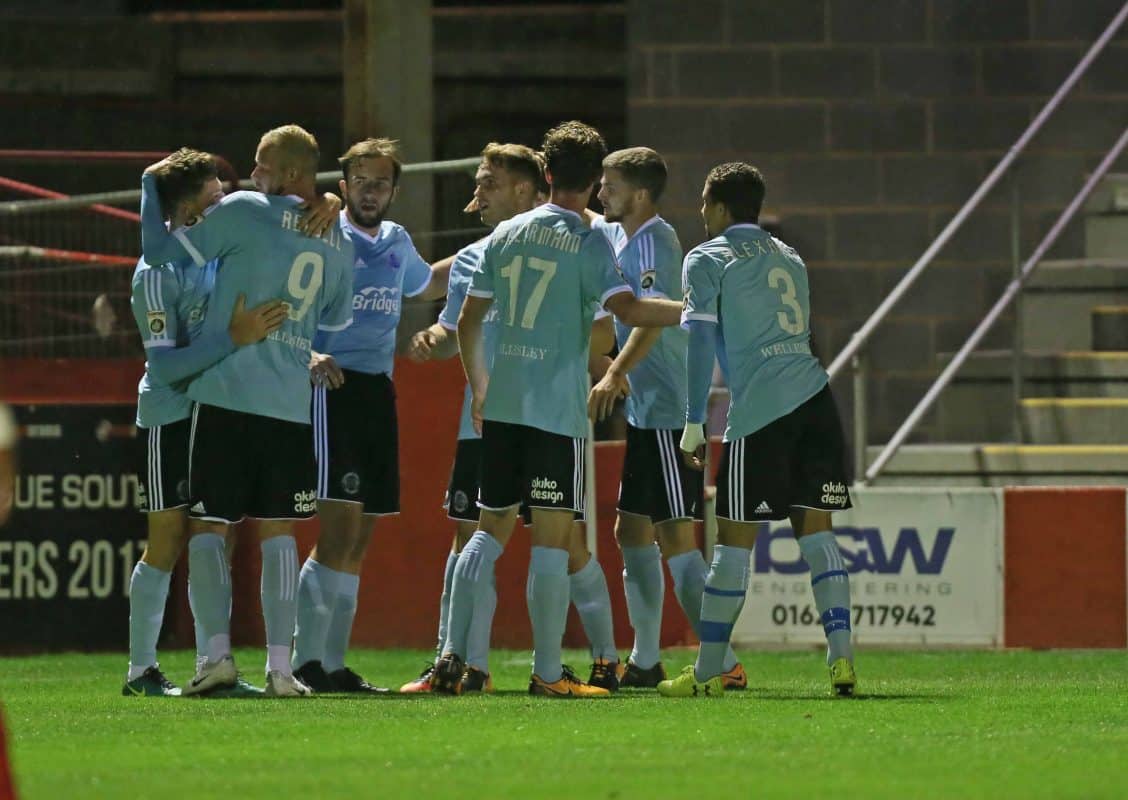 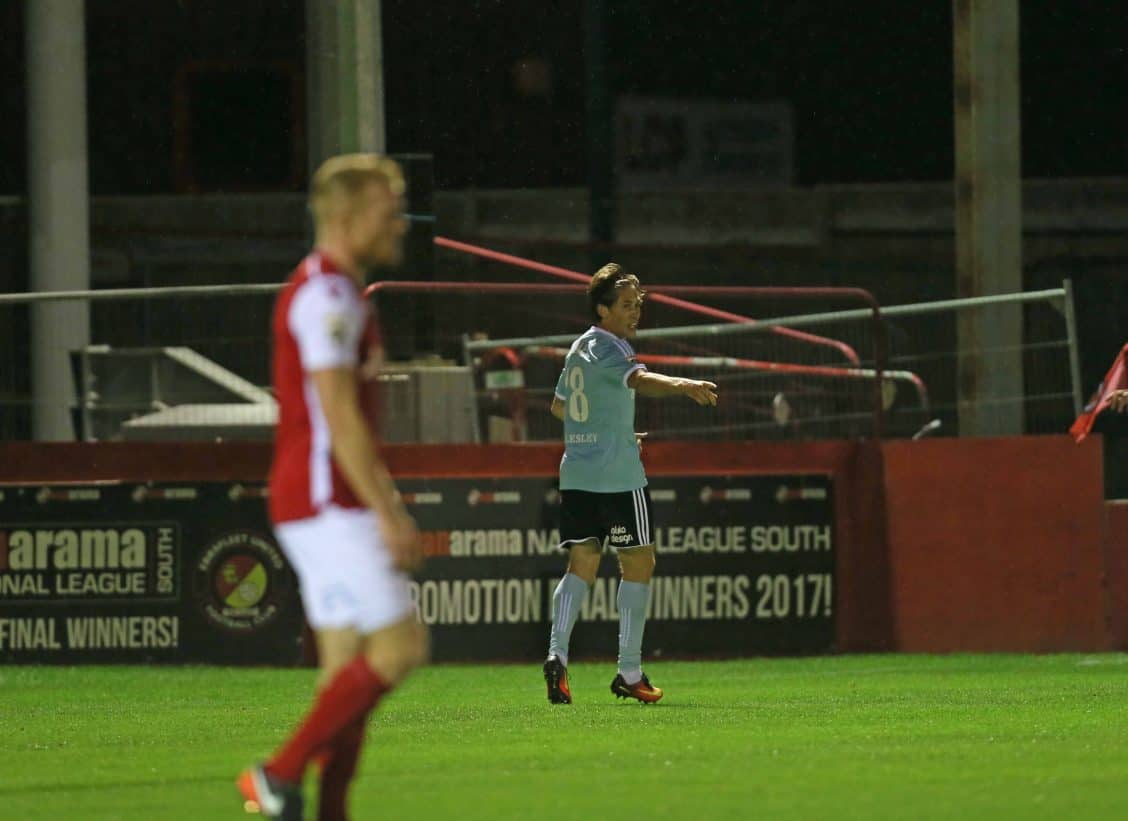 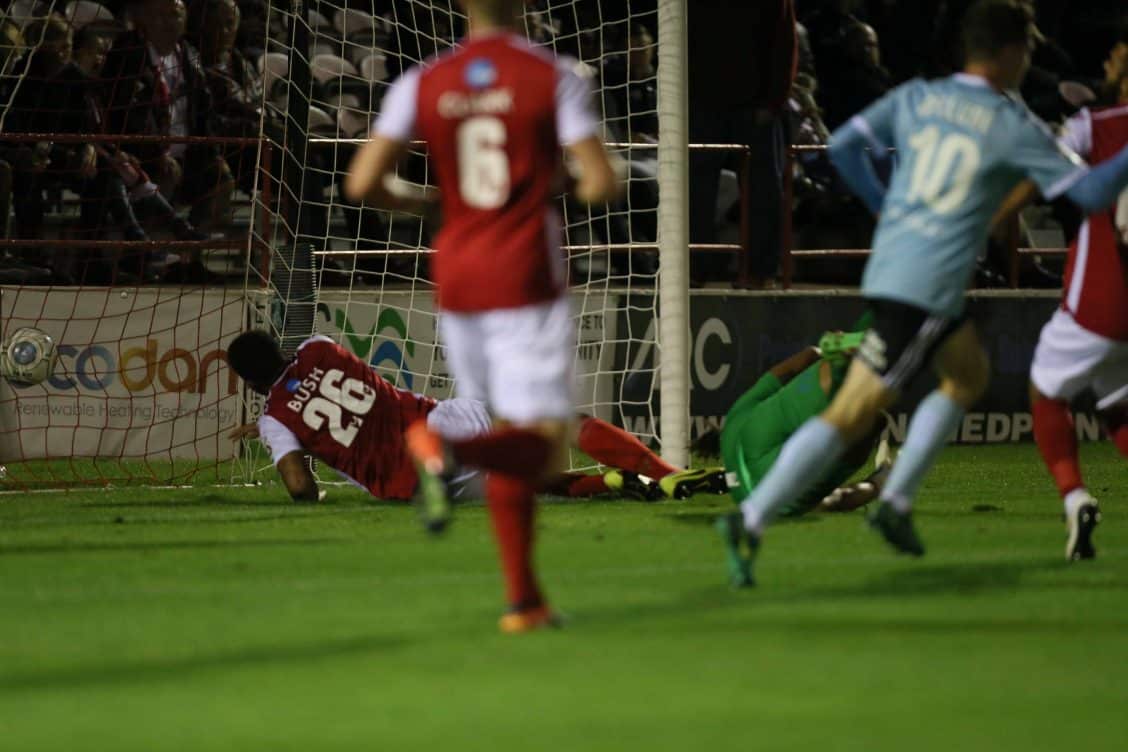 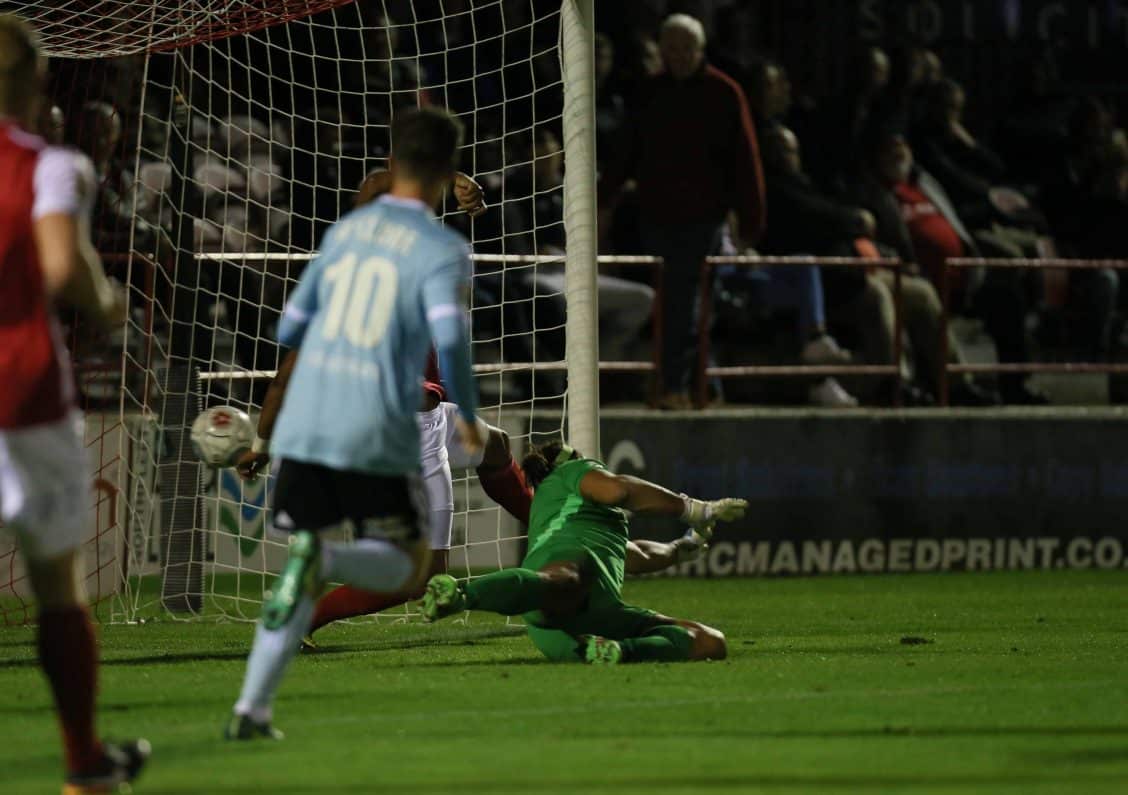 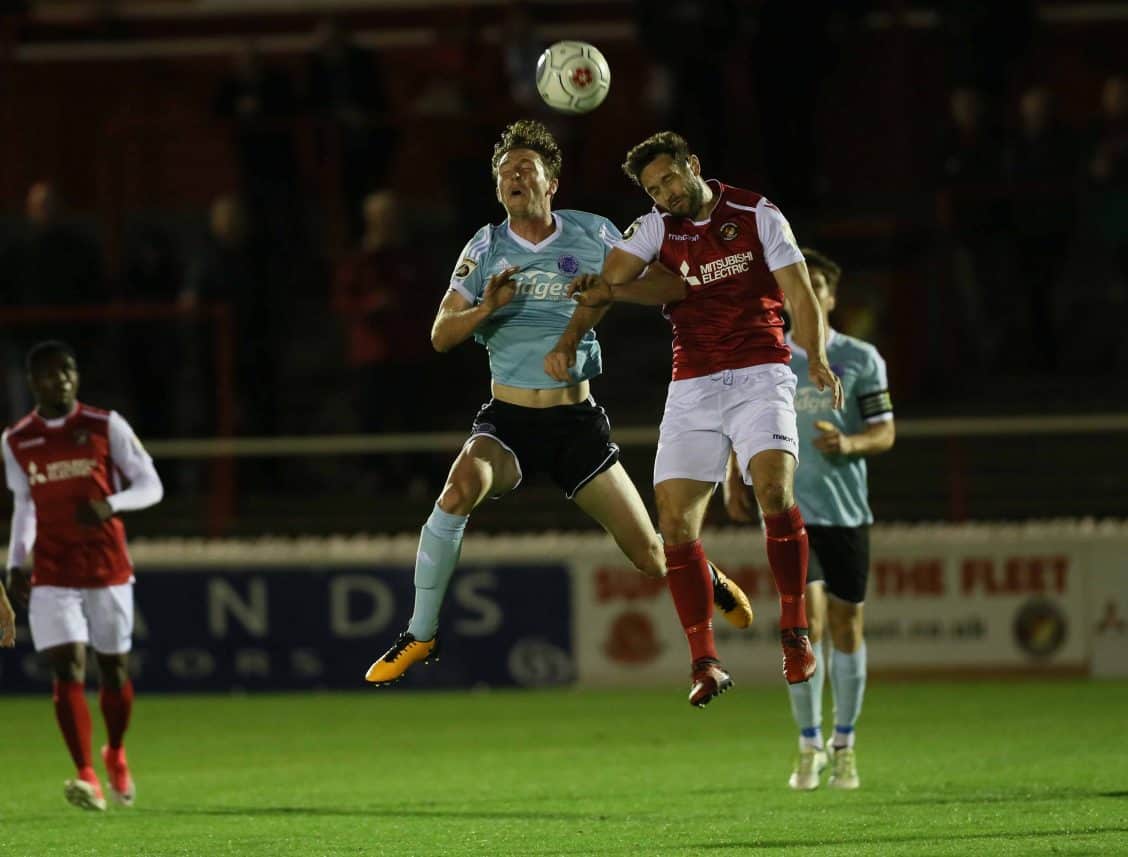 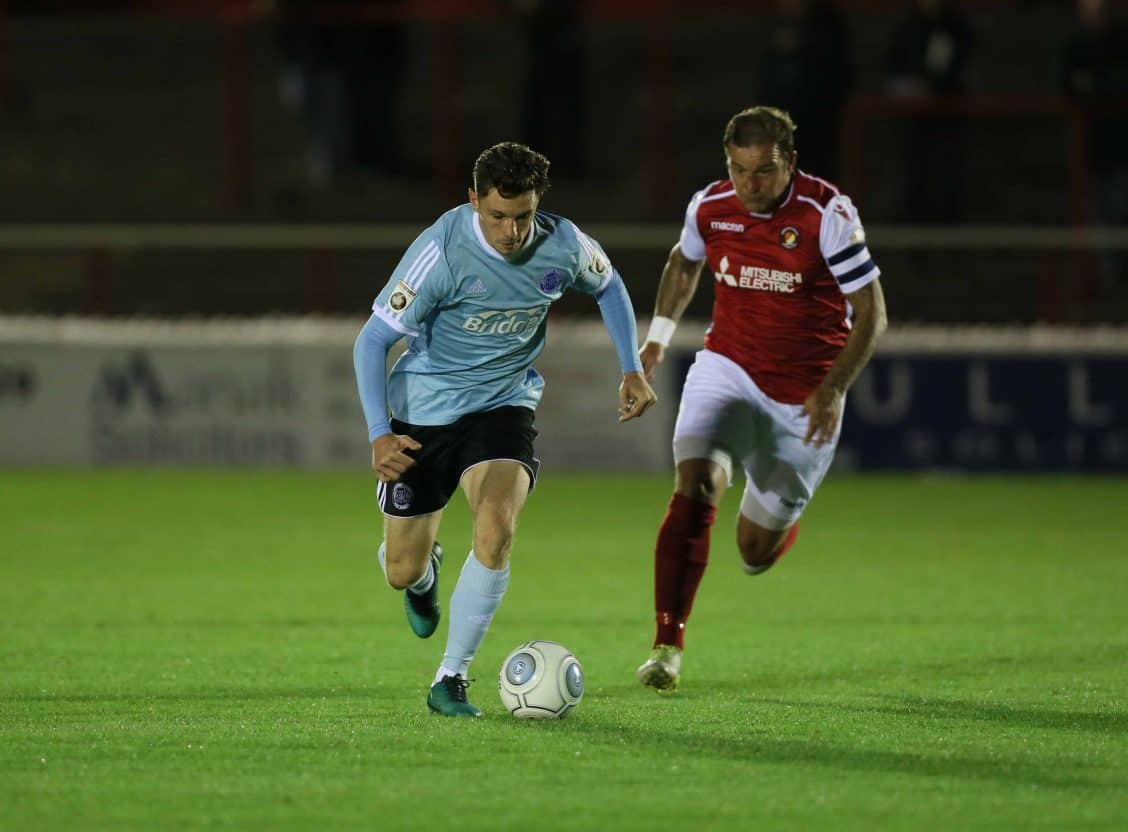 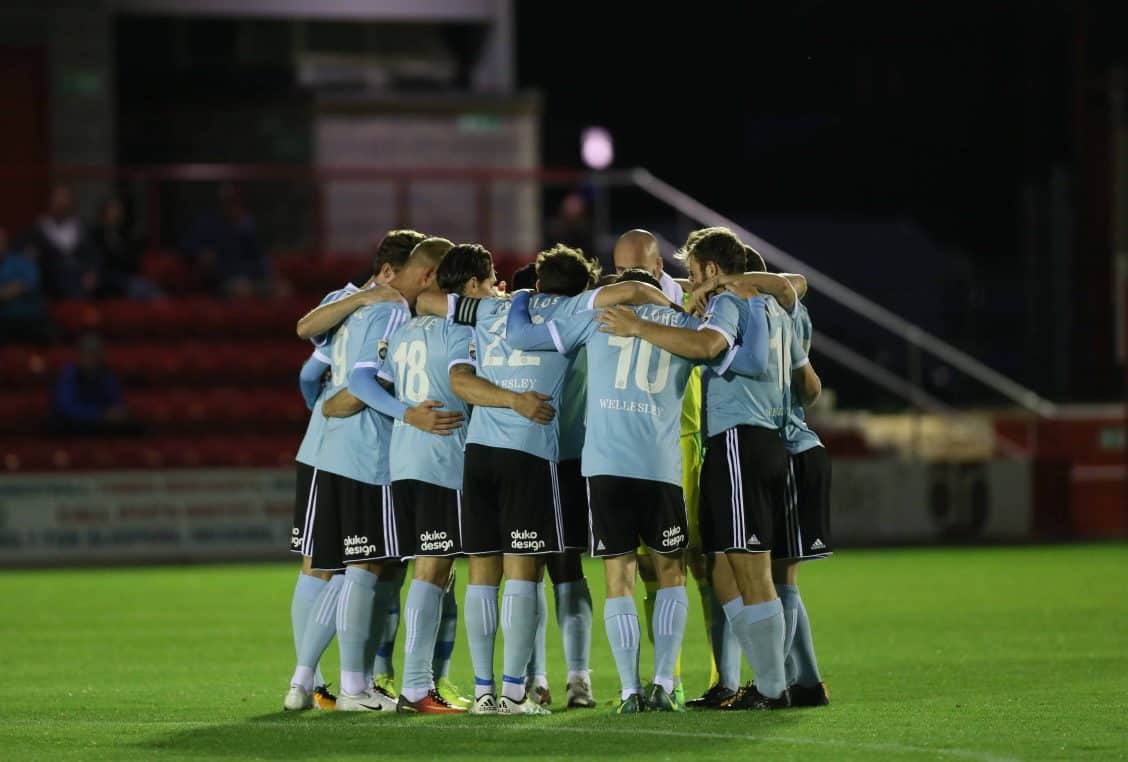