Just as Jake Gallagher’s fine 89th minute equaliser seemed to have snatched a vital and hard-won point for The Shots, Forest Green Rovers extended their lead at the top of the National League to seven points with Christian Doidge’s 92nd minute winner.

Aldershot Town had given a wonderfully resurgent second-half display and Gallagher’s strike, after excellent work from Idris Kanu and Nick Arnold, appeared the just reward for spirit and persistence, only for Doidge to head his second of the game in stoppage time and increase Rovers’ unbeaten run to ten matches.

Charlie Walker shot wide from distance on five minutes but Rovers had already made a domineering start when their 16th minute lead was earned amidst vehement claims for offside from the Shots defence. The impressive Noble guided an inswinging ball into the box from the left flank which dropped over Reynolds’ head and invited Doidge to take a touch and lob the ball past Jake Cole.

Doidge was inches away from converting Dan Wishart’s cross as it skidded through the goalmouth as Rovers continued to dominate possession, yet The Shots could have been level on 32 minutes. Cole’s long clearance dropped at the feet of Fenelon on the right and, after a neat turn past his marker, fired an angled shot which was parried by Sam Russell. The rebound seemed to drop kindly for Iffy Allen at the far-post but Racine did enough to ensure the follow-up was fired wide.

Idris Kanu was introduced at the start of the second-half and the boisterous away following were buoyed by renewed belief as The Shots reasserted themselves. Alexander’s 25-yard shot was saved by Russell as the visitors pushed forward with purpose but still Rovers – and in particular substitute Keanu Marsh-Brown – continued to create chances of their own.

Twice in two minutes, Marsh-Brown fired angled shots just past the far-post, only for another replacement, Matt McClure to shoot narrowly wide across goal after great work from Bellamy. Russell saved another McClure effort on 78 minutes, before Noble did the same at the other end.

However, the Shots were growing in desire and ambition, and a seemingly vital equaliser was fashioned on 89 minutes. Kanu was strong and skilful in midfield, turning past two markers to send Arnold breaking towards the penalty area. His deft pass found Gallagher bursting into space and the eight-yard shot, squeezed in at the near-post, sparked bedlam amongst the away fans.

Their hopes were dashed on 92 minutes, as Sinclair floated in a cross from deep on the left and Doidge rose to glance a slow-motion header across Jake Cole’s dive and in at the far-post.

It was harsh on Aldershot Town, after such a fine comeback, but in the final reckoning Rovers had also displayed why they remain favourites for promotion. 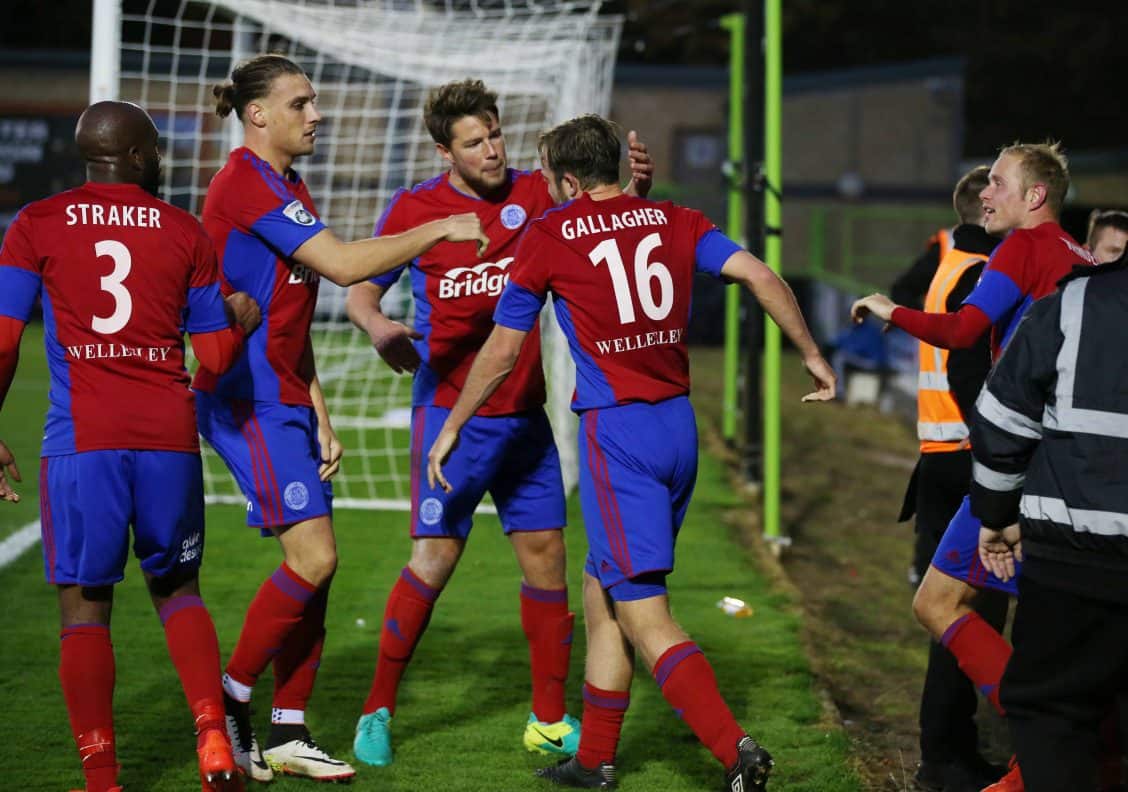 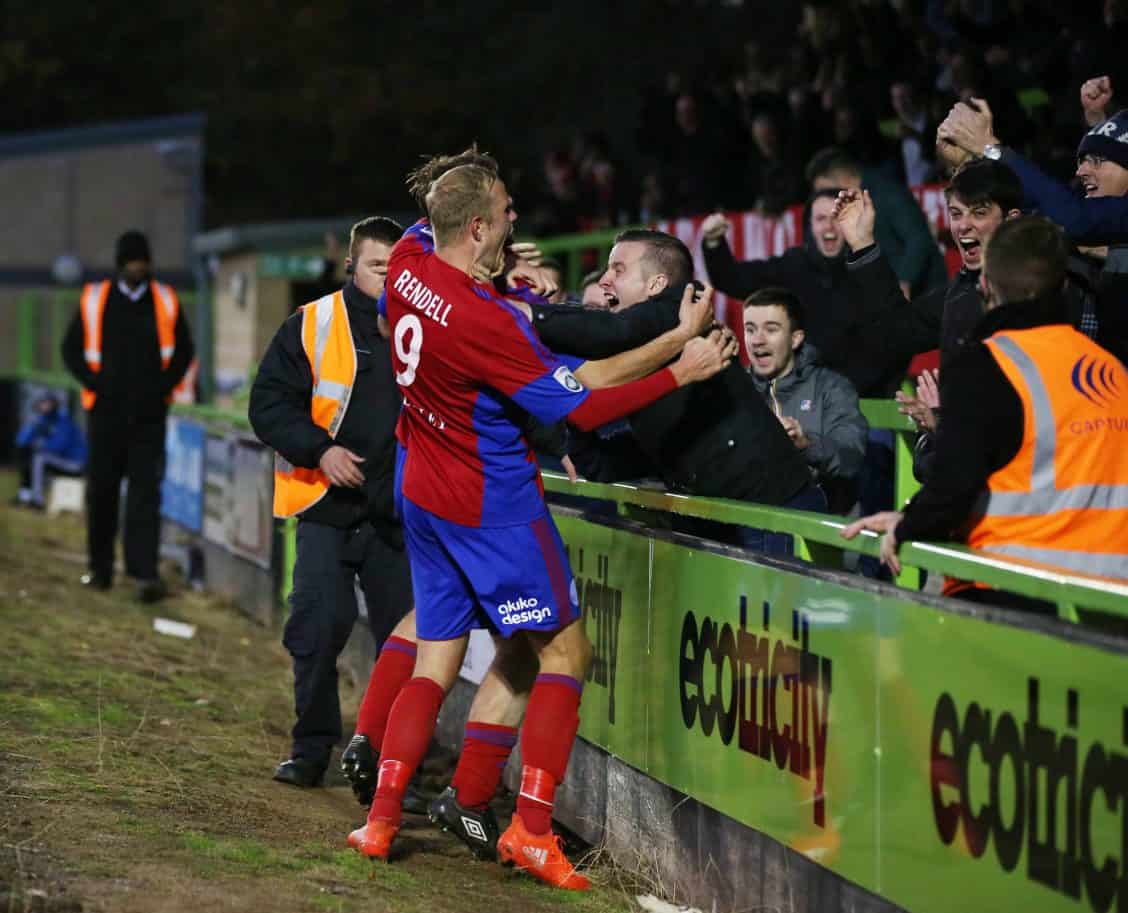 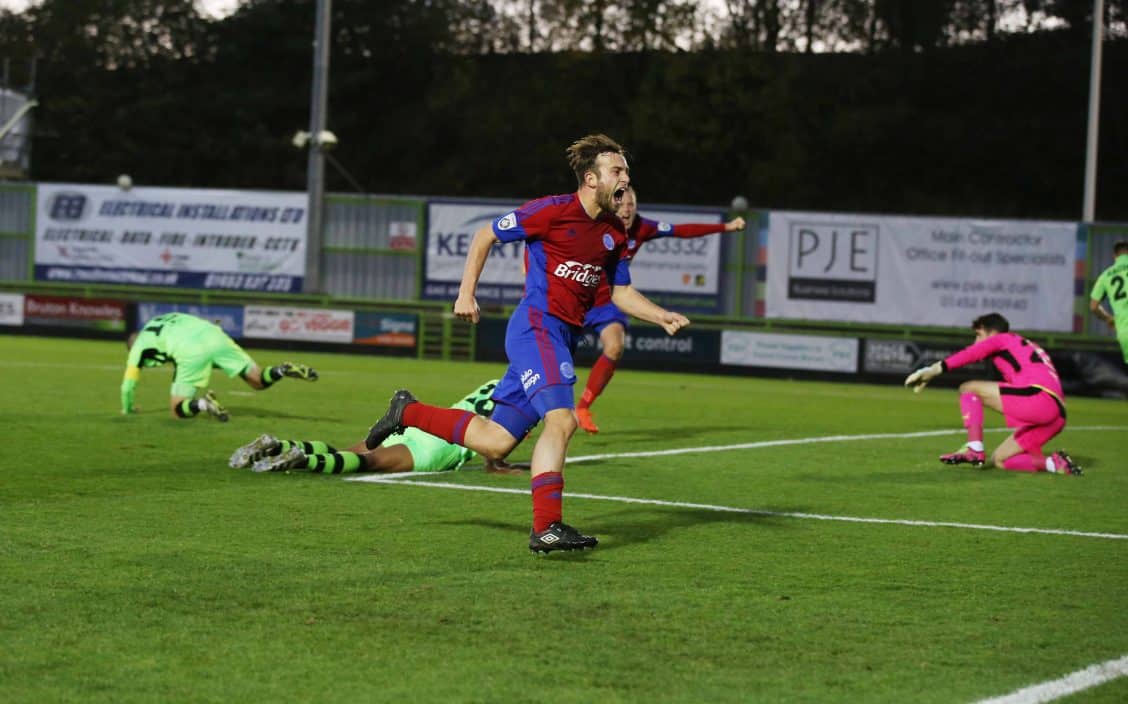 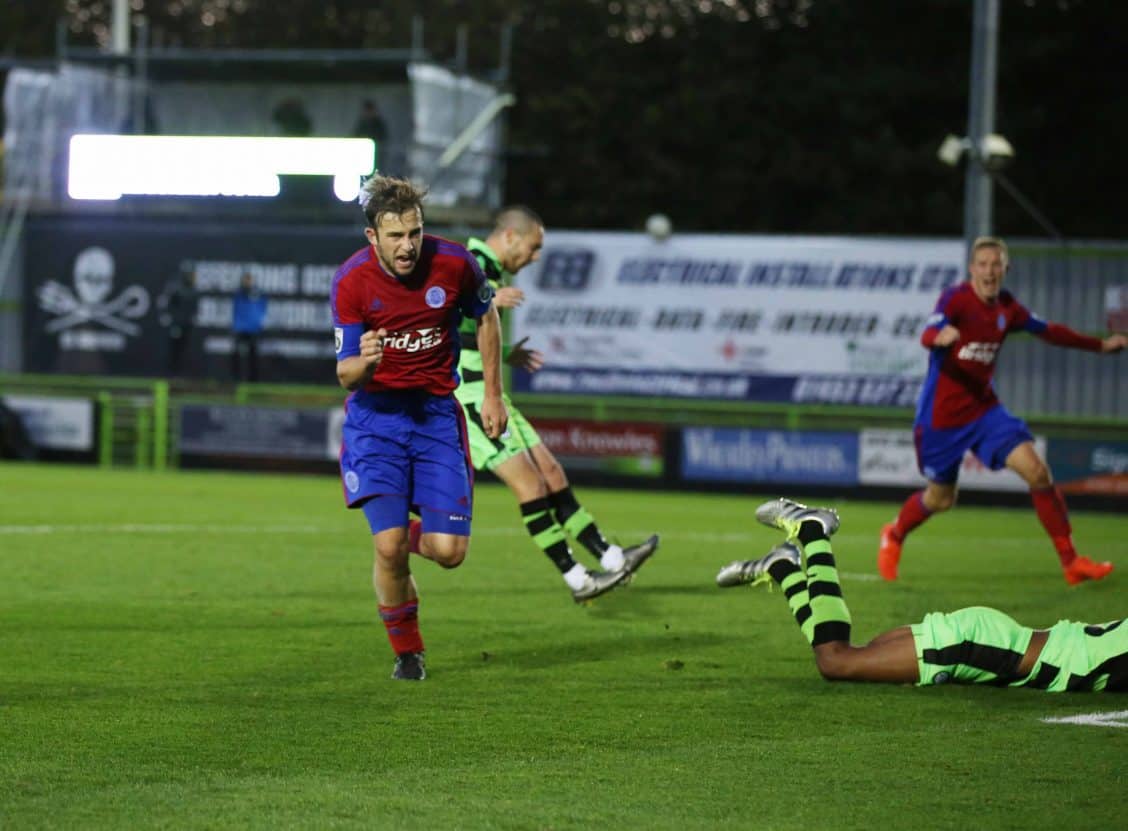 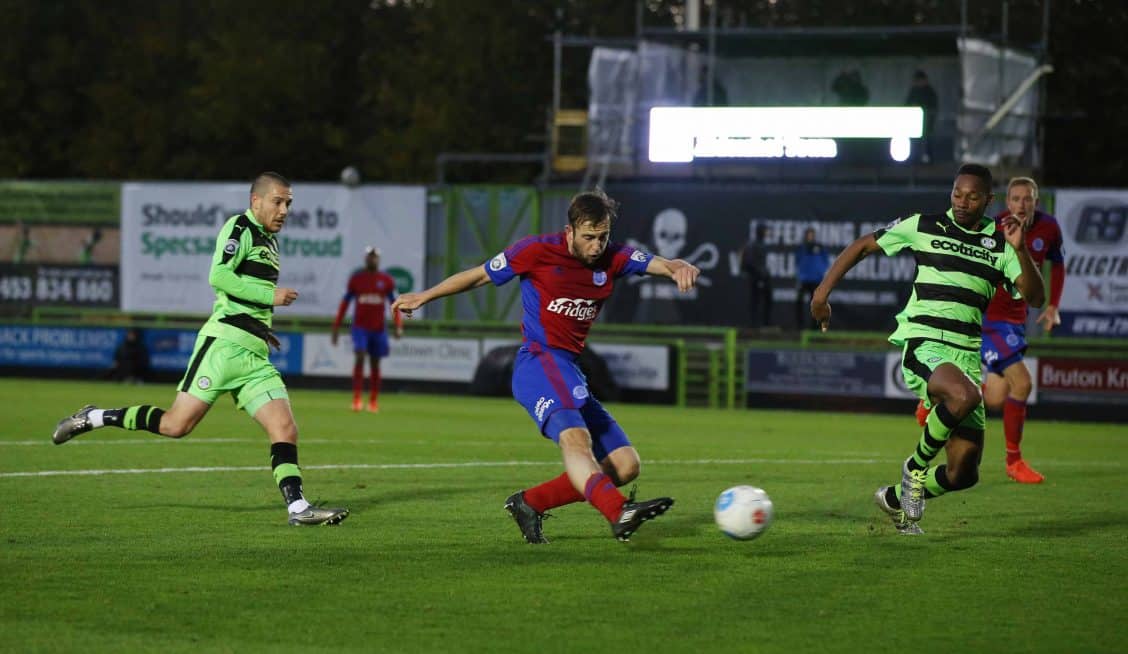 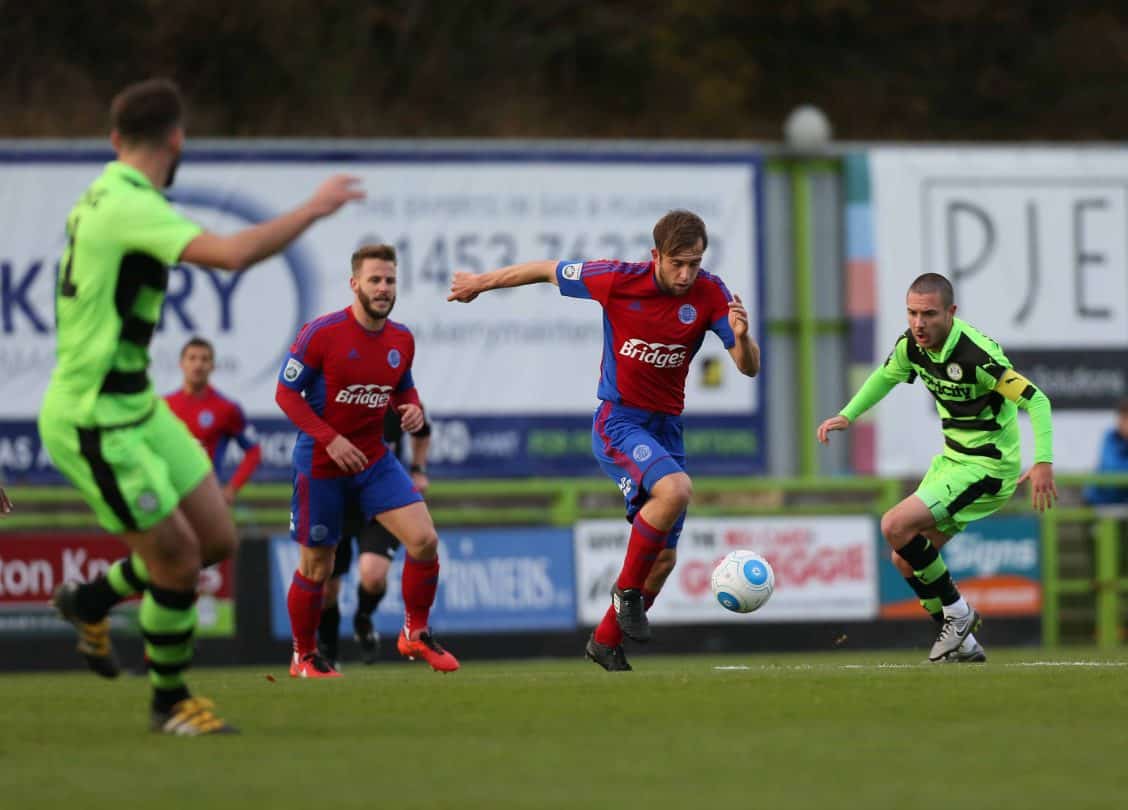 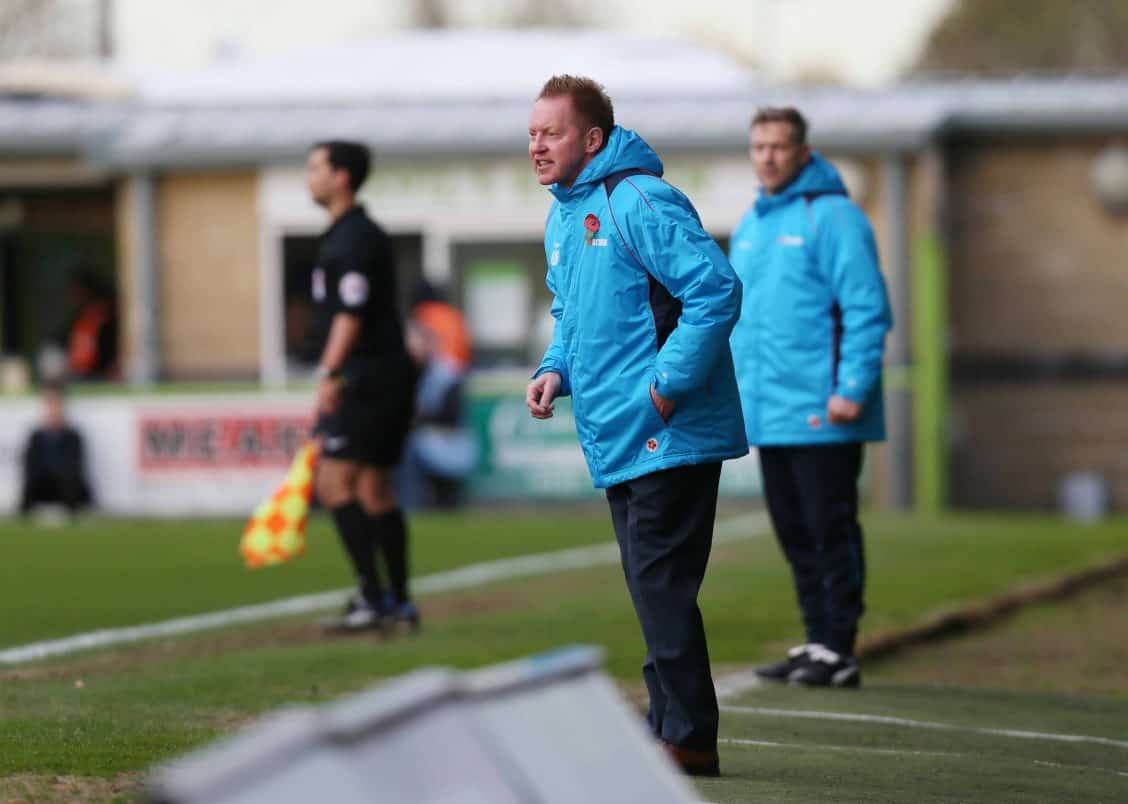 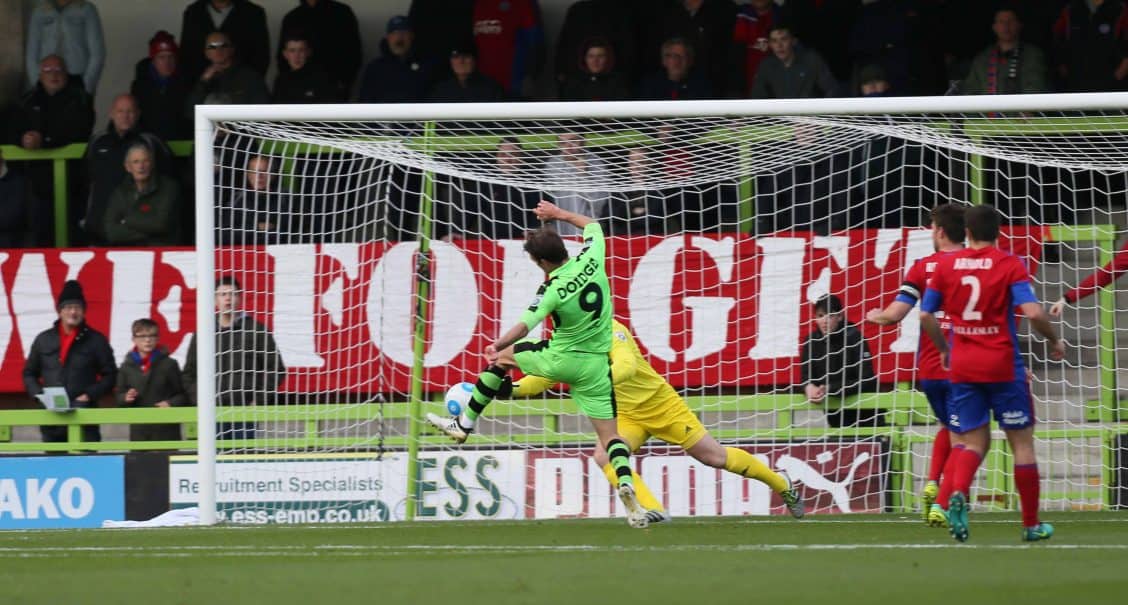