Aldershot Town’s Academy bowed out of the FA Youth Cup at the third qualifying round stage, beaten 2-1 by Sutton United at the EBB Stadium.

The visitors began strongly, as James Stallan tipped Kalognomas’s shot around the post in just the second minute, but The Shots defended with resolution and counter-attacked with pace.

Reyon Dillon, though, put United ahead on 17 minutes, played in down the middle to finish well into the bottom corner. Within 60 seconds, however, The Shots were level, as Reece Ozoemena’s speculative, spectacular cross-shot from the left flew over goalkeeper Day into the far corner.

Stallan then saved Jack Strange’s header, on 35 minutes, from a corner won when Callum Philip’s shot was deflected wide.

Dylan Hamilton was sent through one-on-one but pulled his shot wide before half-time but at the break the game was finely poised.

Yet it took just 2 minutes for Sutton to restore their lead, Aidan Brown lashing the ball into the roof of the net from virtually on the goaline after a corner caused a scramble in the Shots’ six-yard box.

Brown then side-footed a shot wide from eight yards at the end of a neat move into the box, and The Shots’ best opportunities for an equaliser came on 75 minutes. Jamel Johnson’s 30-yard free-kick was palmed over the bar by Day and, from the resulting corner, Shaquel Foyewa’s near-post header was deflected haphazardly and narrowly wide.

Yet it was Sutton who won the first leg of this week’s double header between the two clubs, to progress to a first round tie against Worthing or Burgess Hill Town. 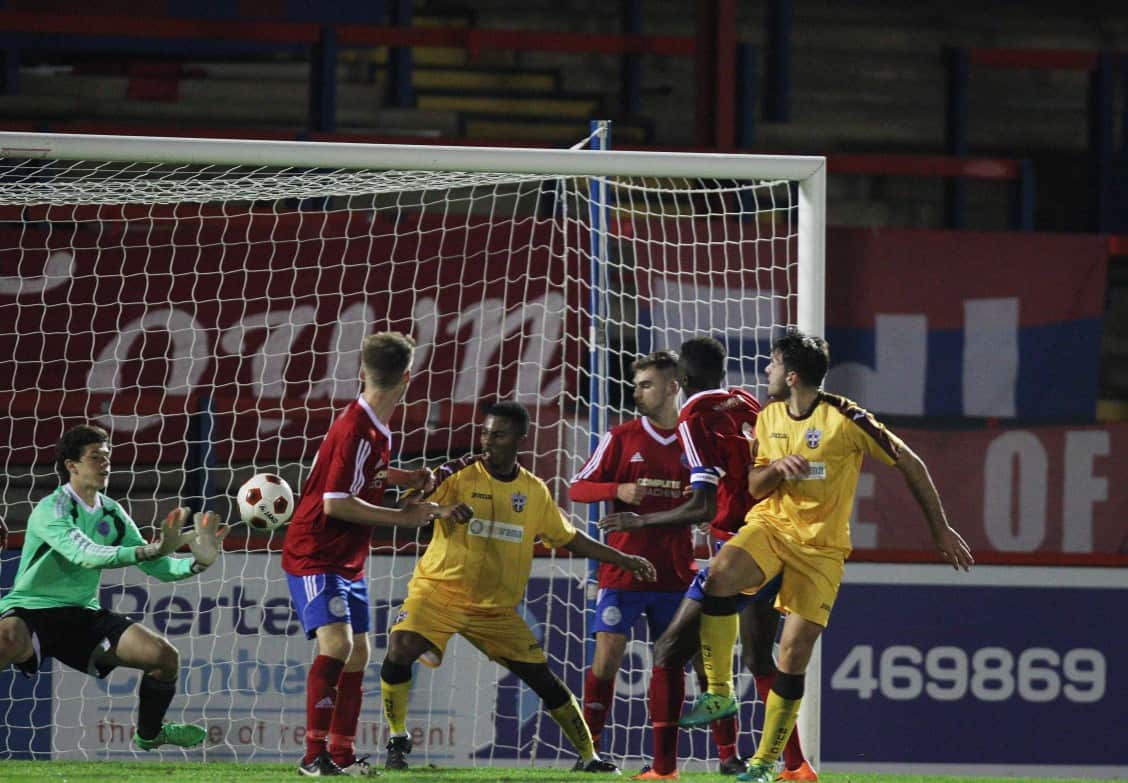 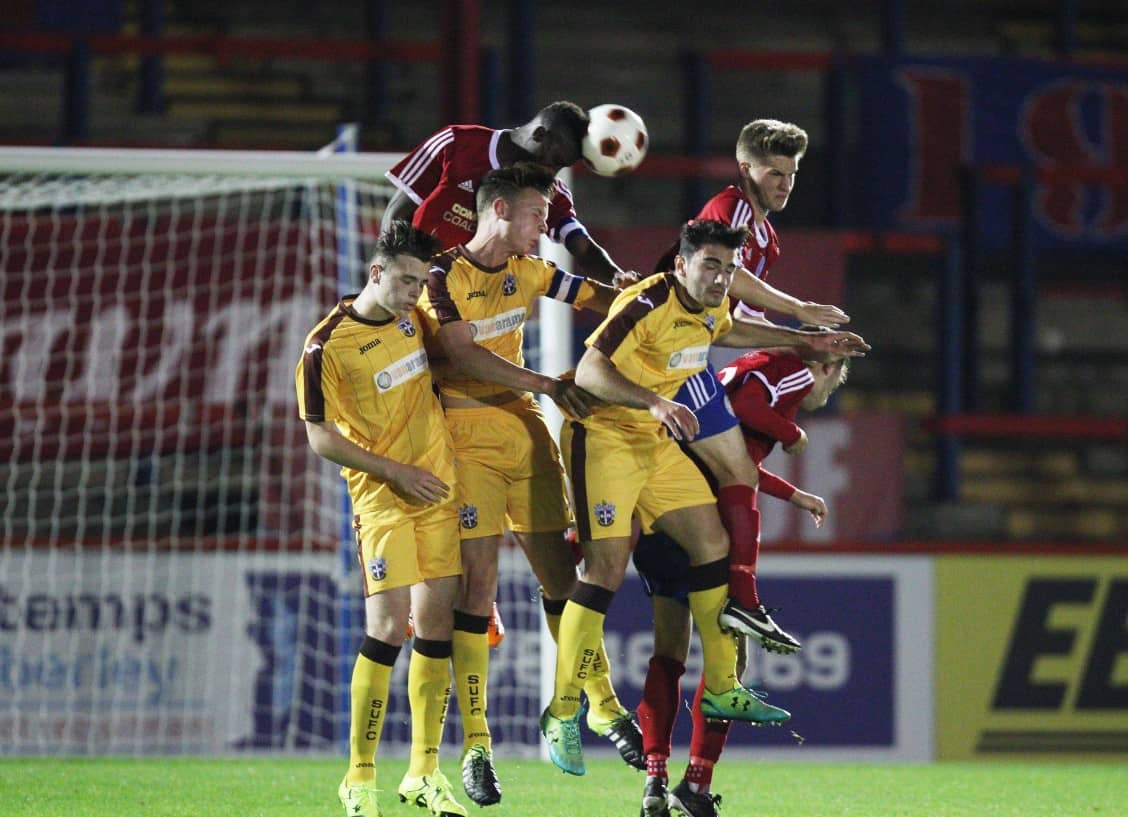 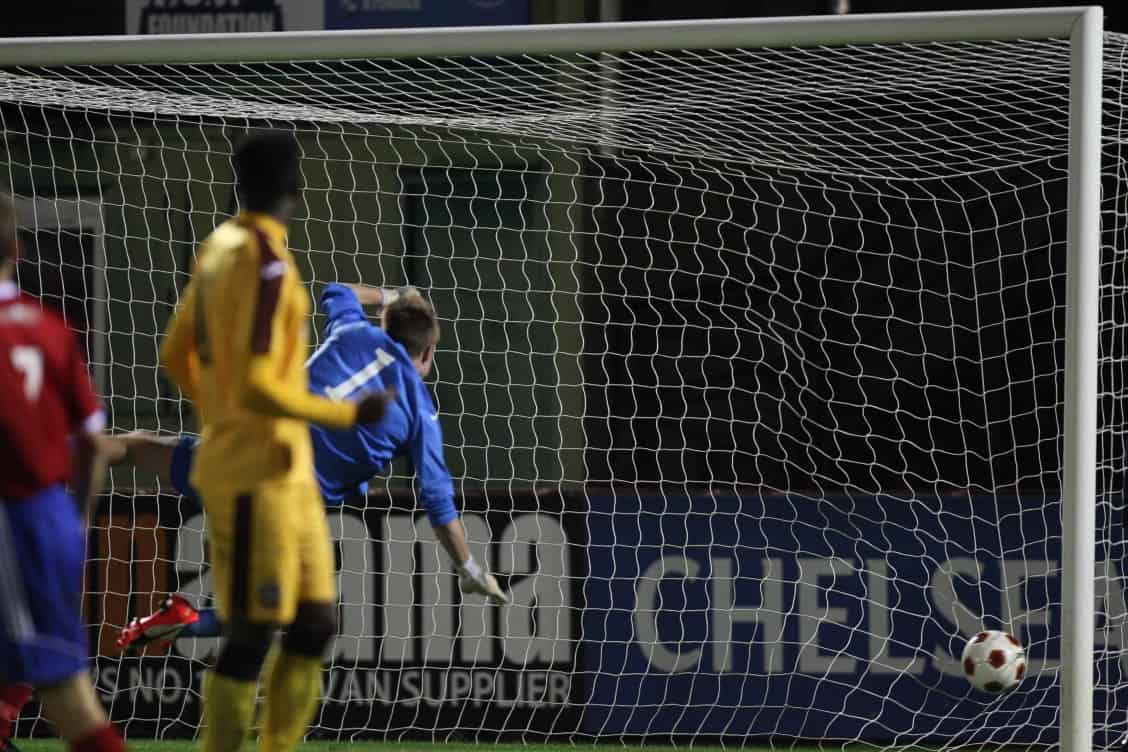 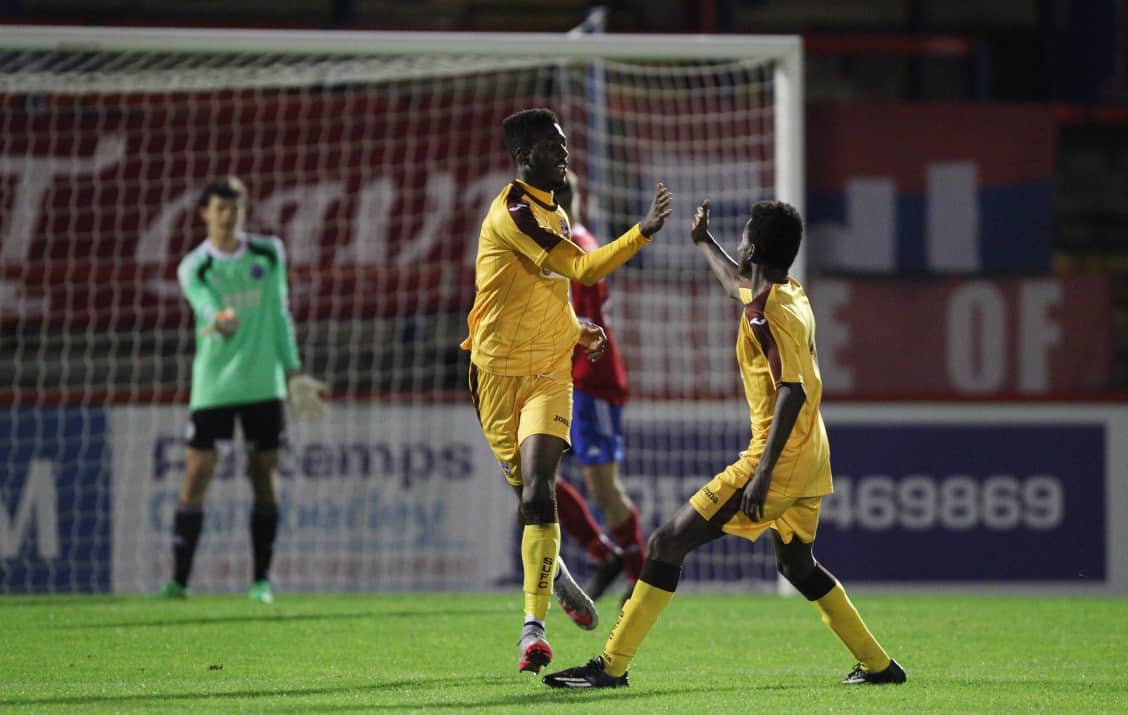