Aldershot Town FC and the Royal British Legion thank all supporters who contributed to Saturday’s Poppy Appeal collection, which raised £798.80.

The total far exceeds last year’s total of £507 and marked the perfect launch to the 2016 Appeal.

“As Secretary of the Aldershot Royal British Legion I would like to thank the officials, staff and supporters for their excellent response to the Collection and the two minutes’ silence,” said Michael Mills. “It is important not only to remember and to help our older Veterans, but also to be aware that there is a new generation of younger veterans who also need our continued support. I look forward to developing the relationship that has built up between Aldershot Town FC, the Aldershot Garrison and the Royal British Legion.”

“The Royal British legion’s visit to the EBB Stadium is always one of my favourite events of the year,” said Shots Chairman Shahid Azeem. “It is vital that the town of Aldershot, as home of the British Army, continues to recognize and remember the sacrifices made by those who serve our country, and Aldershot Town is proud to have helped to launch the 2016 Appeal.” 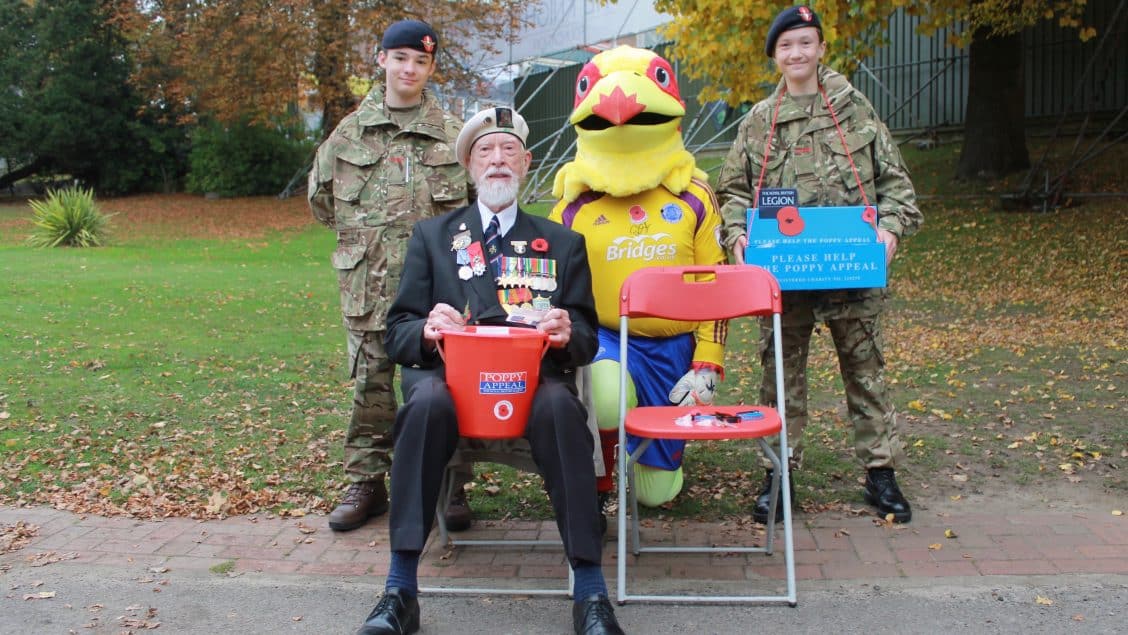 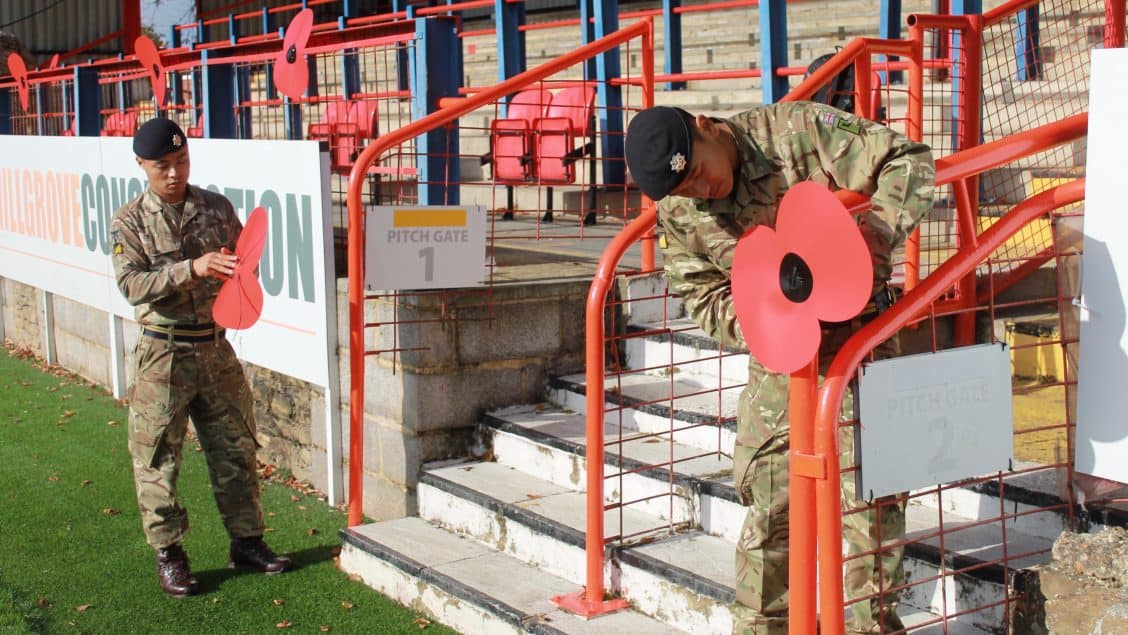 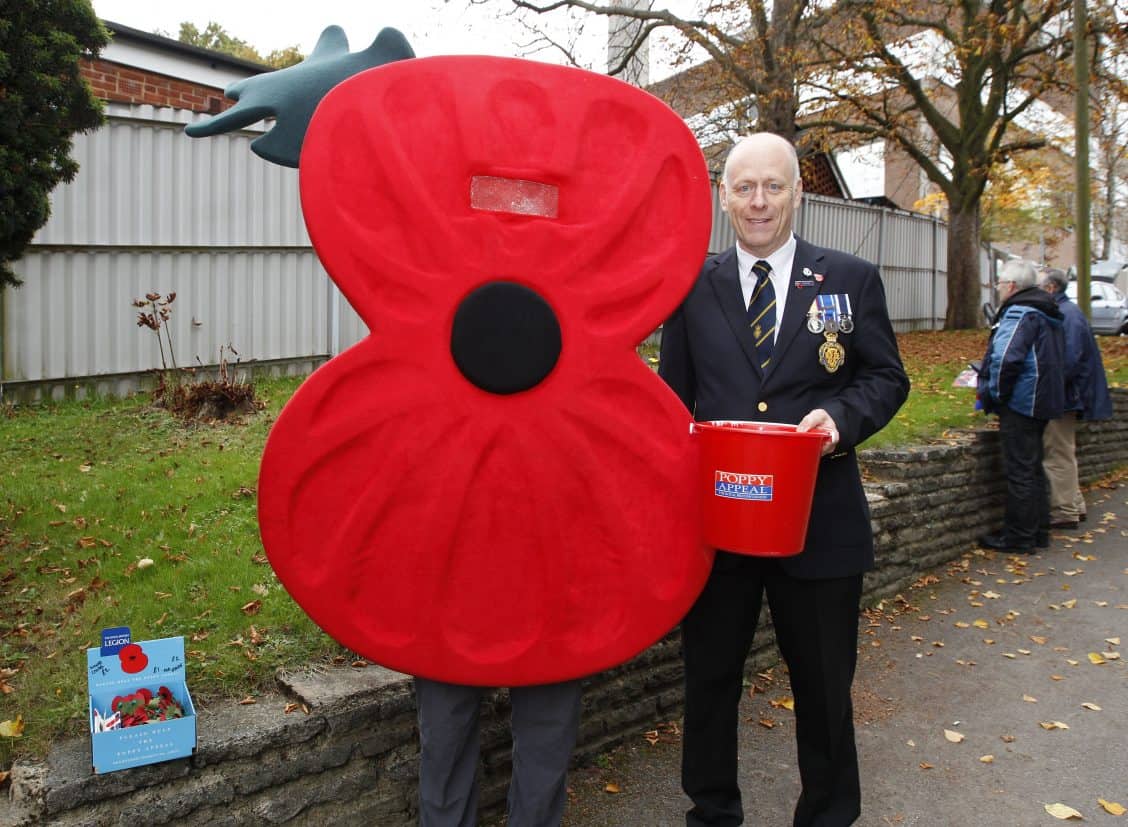