Led by Head of Youth Sam Waters and coach Stephen Mills, the team won all five of their 25 minute, round-robin games, with Akiko winning three, drawing one and losing one to finish second.

The Duke of York won three and lost two of their matches to secure third place in the table, with Mark Butler’s Tongham team in fourth after two wins and three defeats. The Crimea were fifth, with a win and a draw, leaving Domino’s Pizza bottom after five straight defeats.

Although highly competitive, the tournament was played in a fantastic spirit and great atmosphere as fans revelled in the opportunity to play at the EBB Stadium – including one goalscorer for The Crimea who leapt onto the East Bank to celebrate his own strike!

“There were a lot of very tired legs out there this afternoon,” admitted Mark Butler, “but everybody had a great time. We’ve had some brilliant matches – clearly everybody wanted to win but the main aim of the day was to have fun and, of course, raise money for the Football Club. It was great to see so many Shots fans enjoy their day and take this chance to play on the hallowed EBB Stadium turf!

“Congratulations to the Youth Department on their victory, we hope to see them back next year to defend their title, and thanks also to our referees, who helped make the day such a success.”

Applications are now being taken for the 2017 Community Cup – please contact Mark on 01252 320211 or email mark.butler@theshots.co.uk. 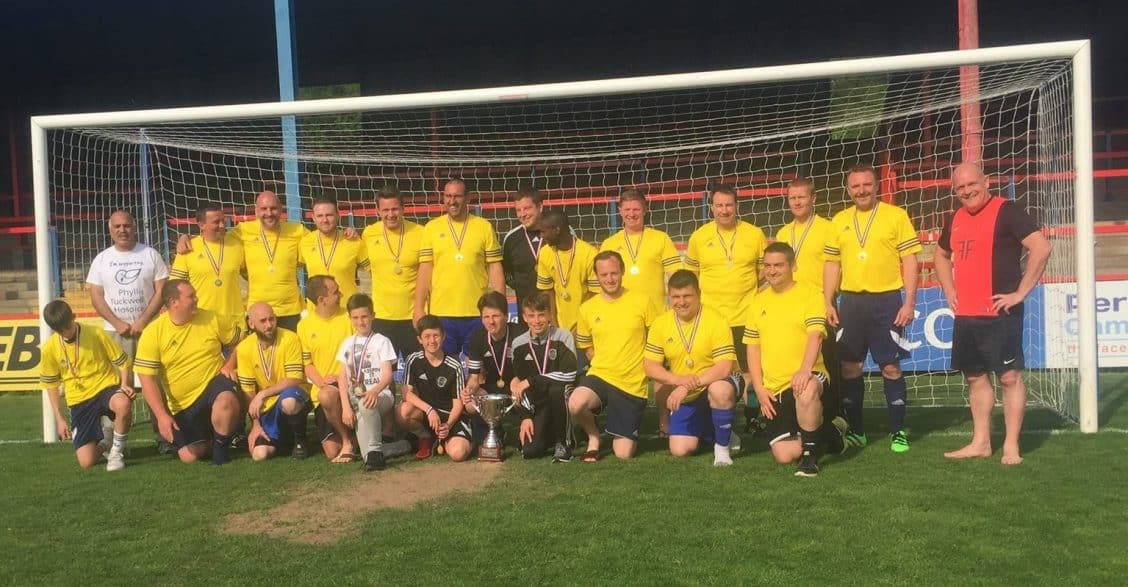