Aldershot Town crashed out of the FA Trophy after a disappointing display in Essex.

The visitors had started well, putting pressure on the home side; however, once the first goal was conceded, The Shots appeared to lose confidence whilst East Thurrock gained it.

The Shots’ first opportunity came in the third minute, after a break by Shamir Fenelon down the right channel led to a low cross to Jim Kellermann. A lay-off to Bernard Mensah saw his first shot on target curve roll just wide of the far-post.

Adam McDonnell followed with a similar attempt six minutes later, once Mensah regained possession from Cheye Alexander’s throw in. McDonnell raced down the left wing and took a shot; however, it was too wide and flew into the stand.

Prior to East Thurrock’s first goal, a slip from Manny Oyeleke gave Lewis Smith easy access to steal possession and push forward. Luckily Will Evans and George Fowler were on his heels and a quick turn and clear from Evans cleared the danger.

Their luck sadly run out in the 32nd minute, when a tightly-angled shot from Smith rebounded down off the crossbar and deflected off Cheye Alexander into his own net.

With increased confidence, East Thurrock continued to push forward; Ryan Sammons’ swerving shot from 25 yards saw a Jake Cole – making his first start in almost two months – tip the ball onto the crossbar, after which a close-range follow-up was blocked by Jim Kellermann on the goal-line and eventually fired wide.

Aldershot counter-attacked when Evans drove forward, with his effort, also from 25 yards, gathered by Lukas Lidakevicius at the second attempt.

The Shots’ first substitution came in the 48th minute, when Kodi Lyons-Foster replaced Manny Oyeleke, but the change in formation left little pressure on the Essex side and one minute later Tom Richardson picked up a mislaid ball in midfield and raced through to slot The Rocks’ second goal under Cole.

A loose ball in midfield was picked up by a determined McDonnell, who raced down the right wing but his low cross to meet Fenelon was firmly blocked and almost immediately cleared.

With each Aldershot attack came an East Thurrock counter, and previous goalscorer Richardson’s shot from the left flew straight past Cole into the far corner to make it 3-0.

East Thurrock added one more goal to their tally in the 70th minute, when a high ball forward was met by both Richardson and Lyons-Foster; Richardson wrestled Foster off the ball and entered the penalty box to skip around Cole and make it 4-0.

Although the Road to Wembley only led to an unedifying cul-de-sac, a return to National League action next weekend, with a trip to Guiseley, will hopefully produce festive cheer and a renewed push for promotion. 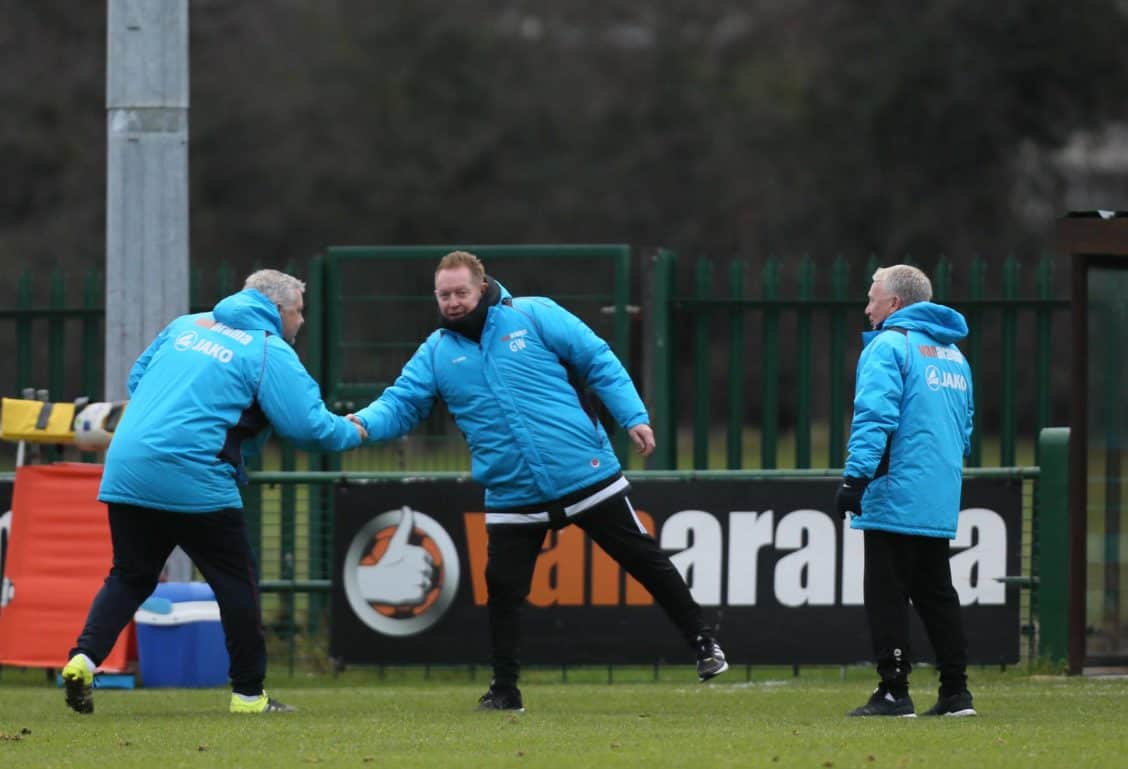 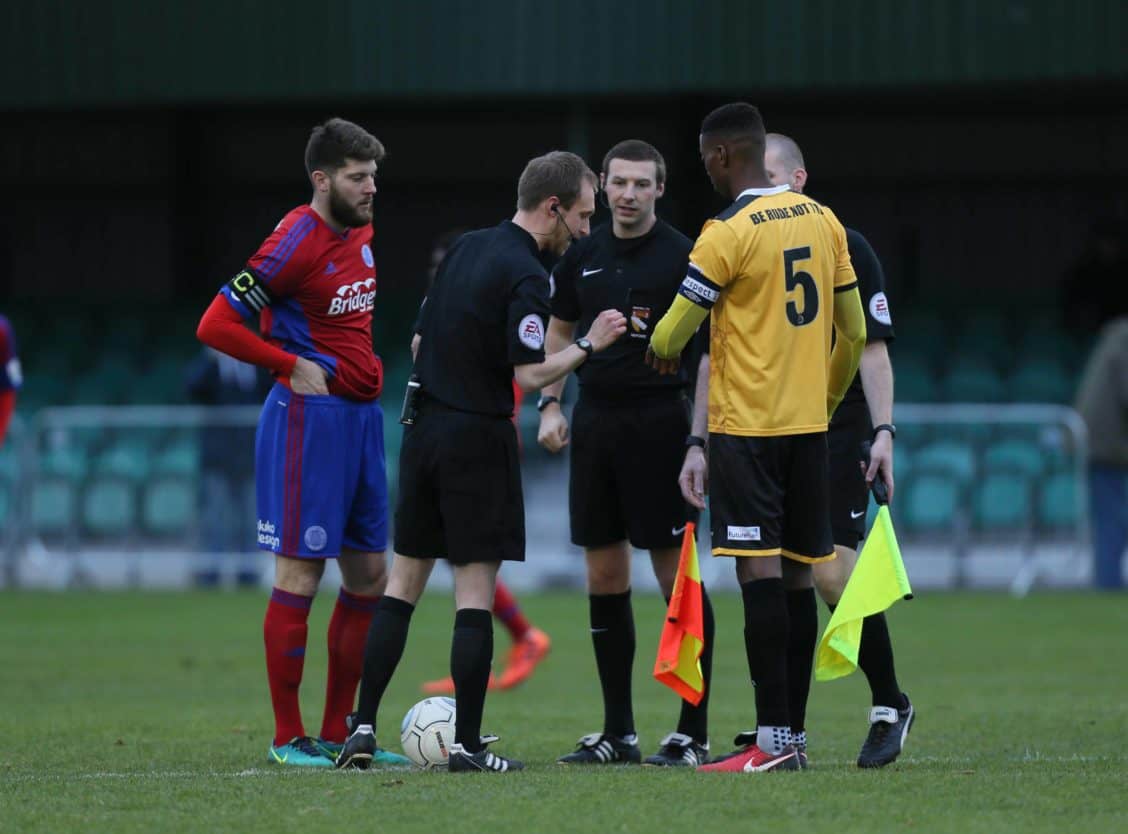 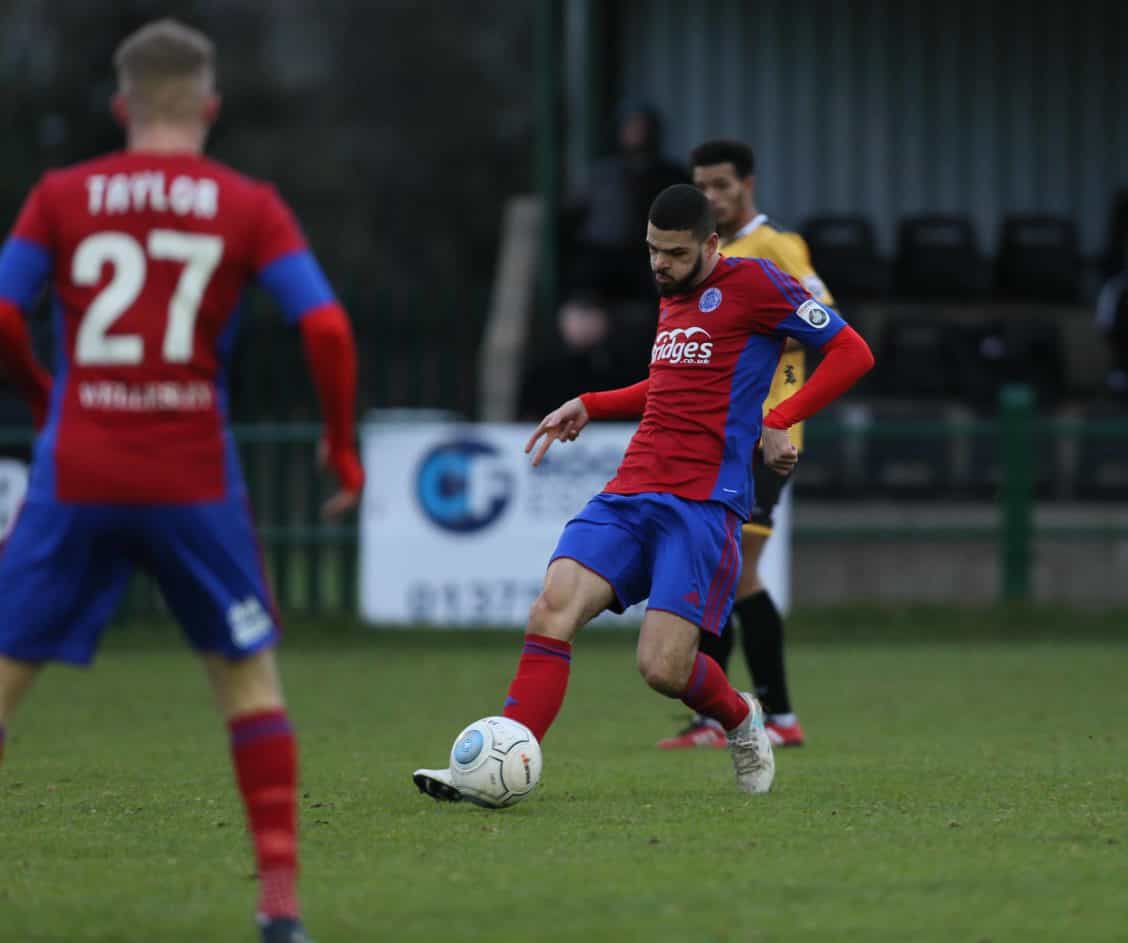 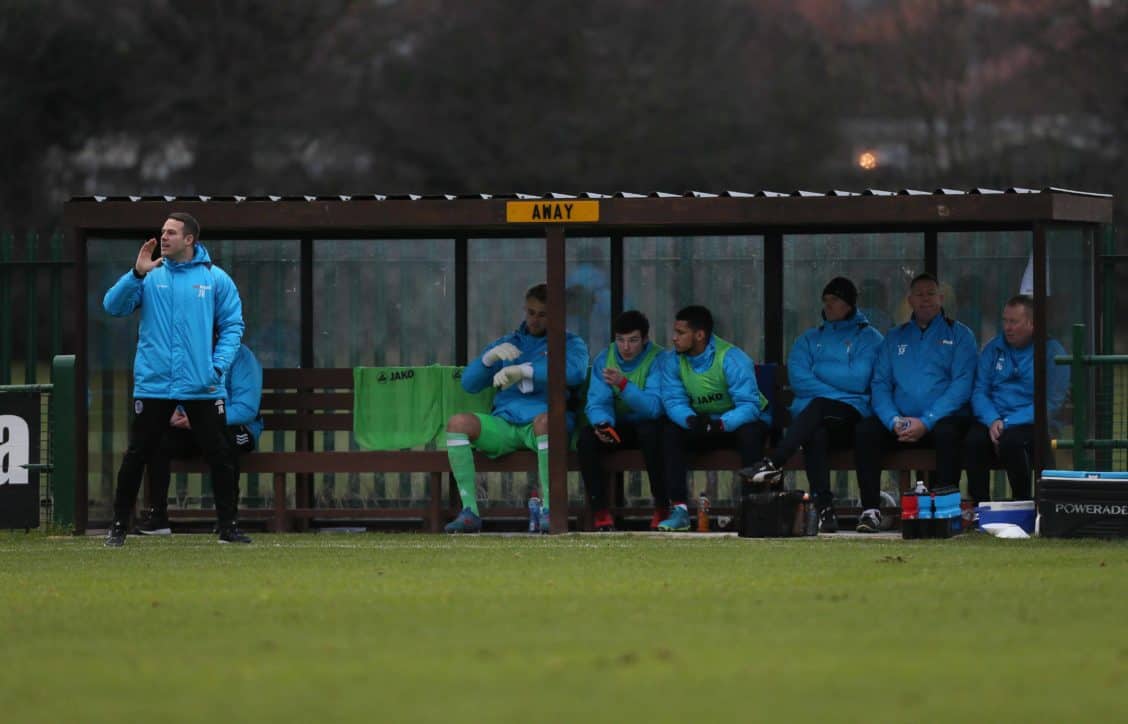 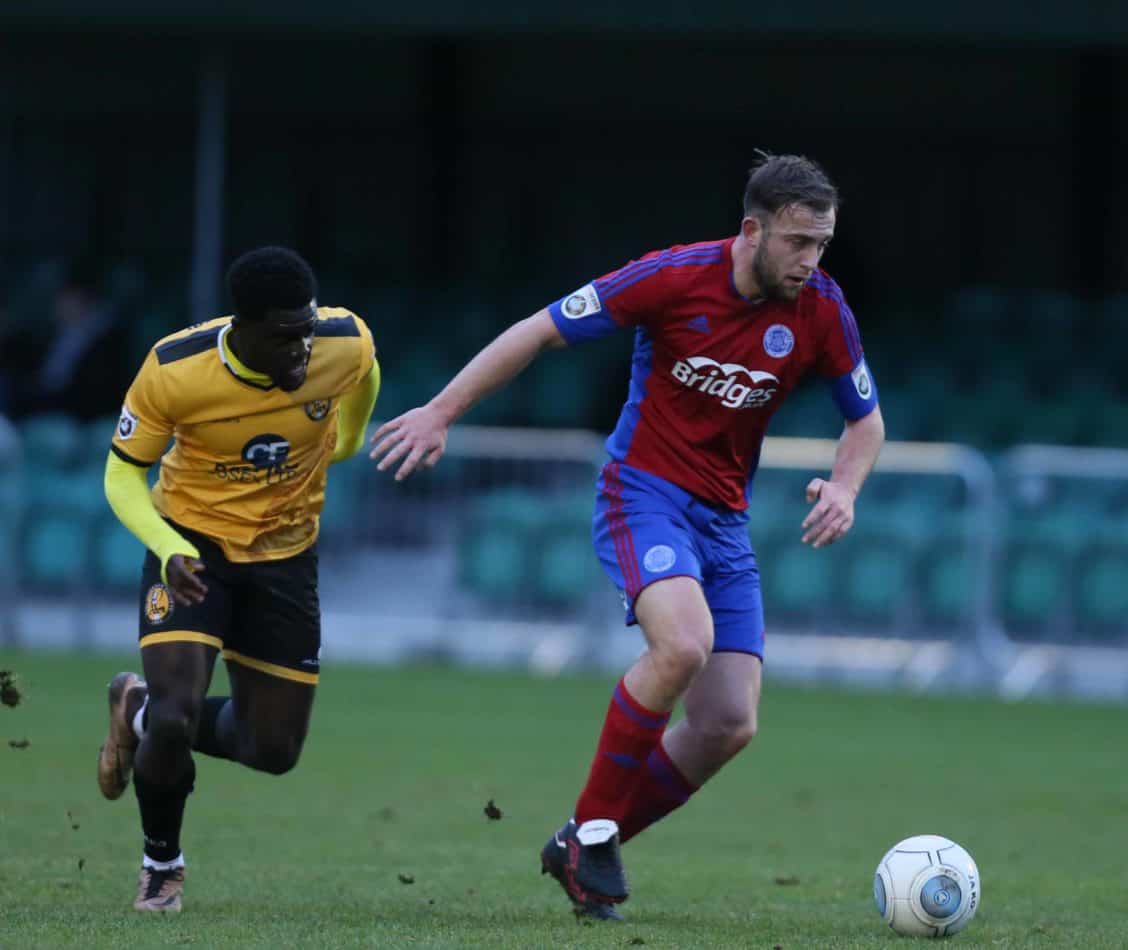 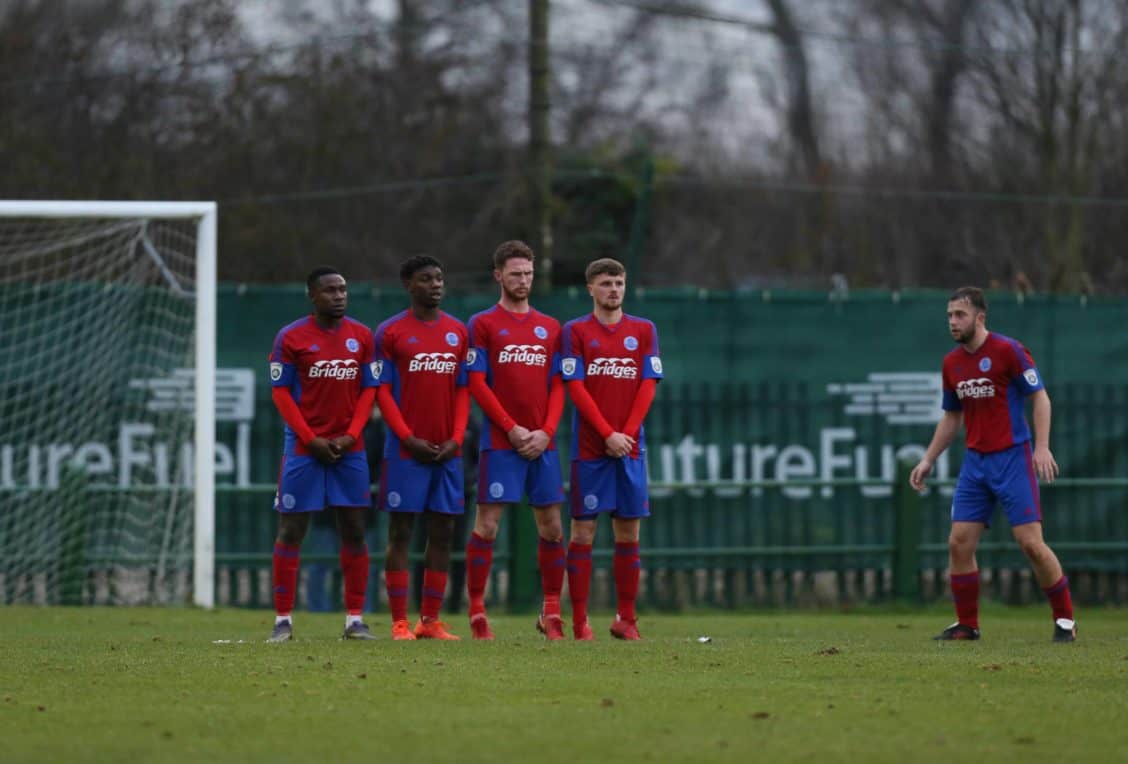 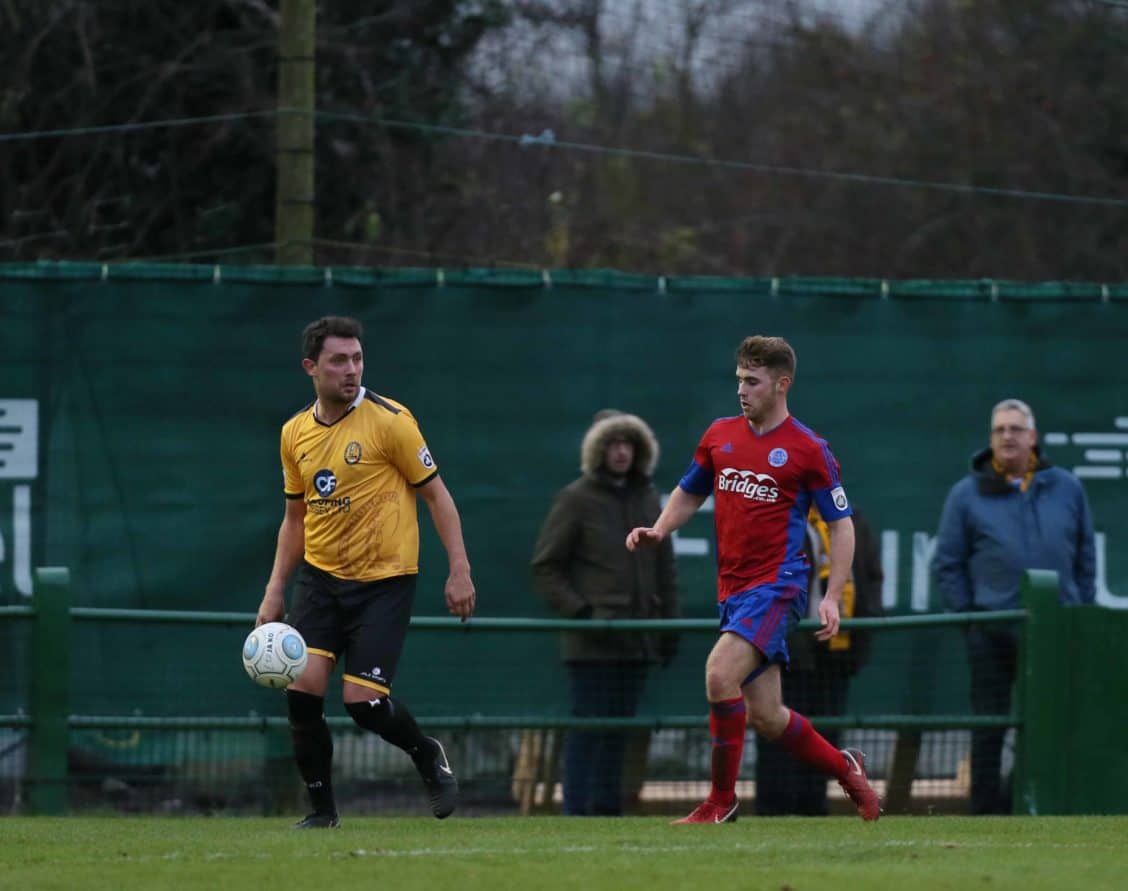 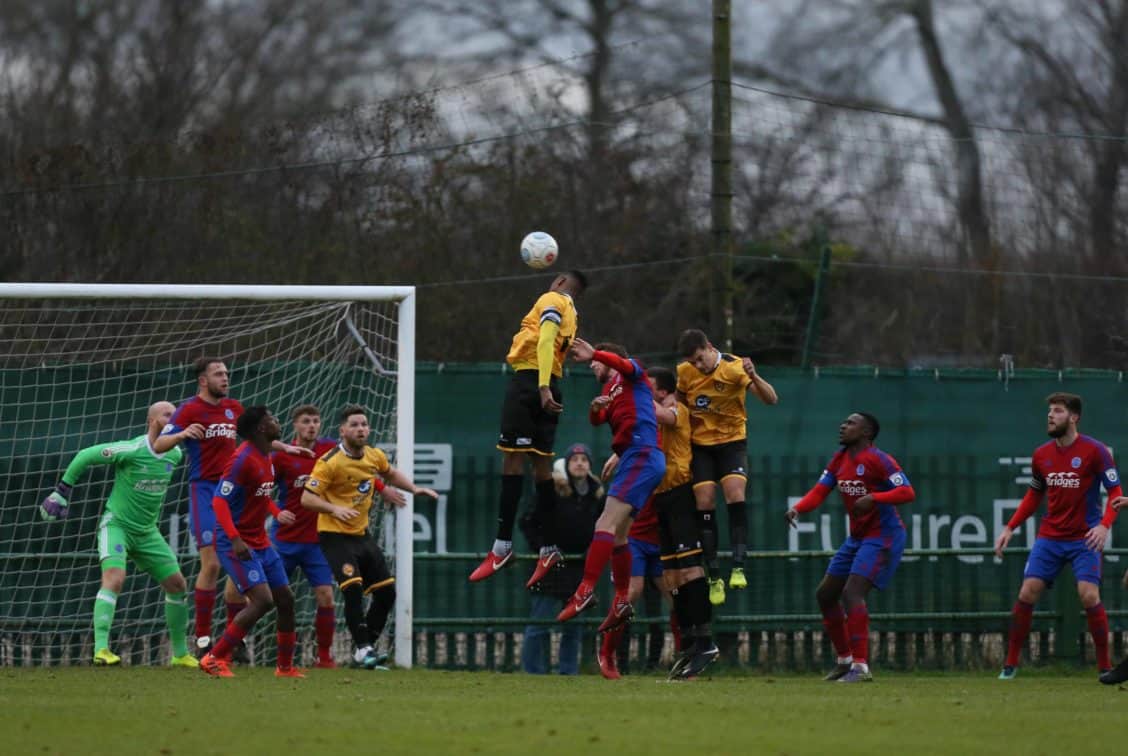 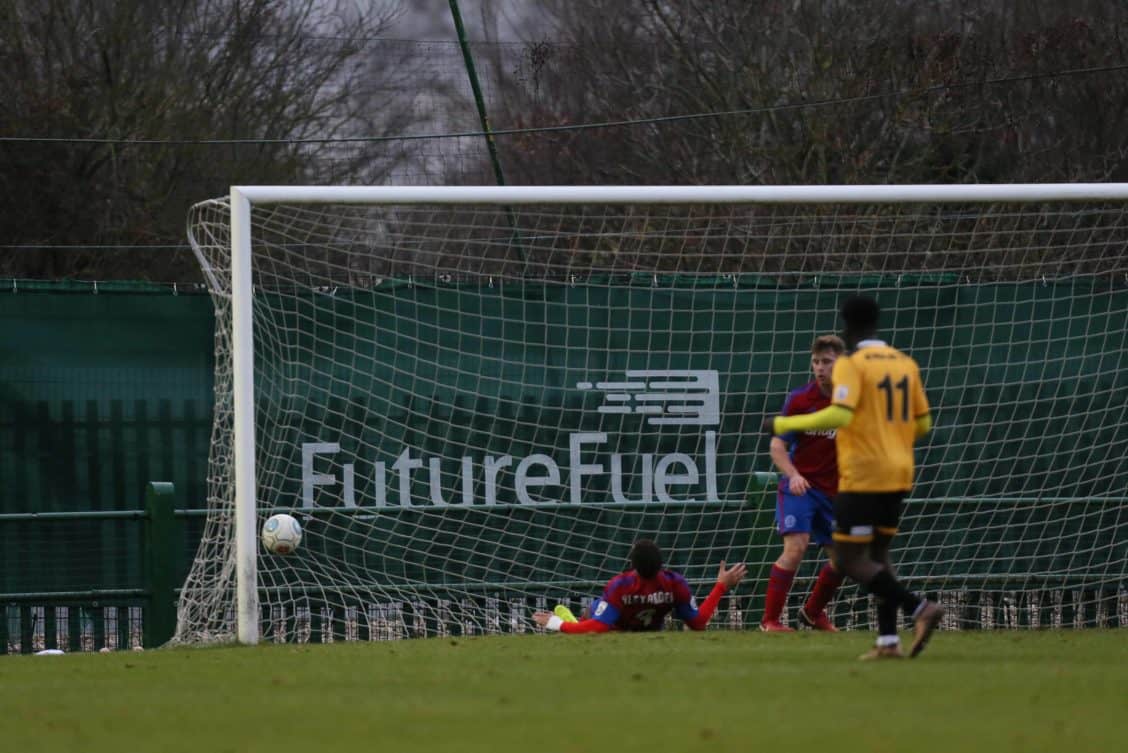 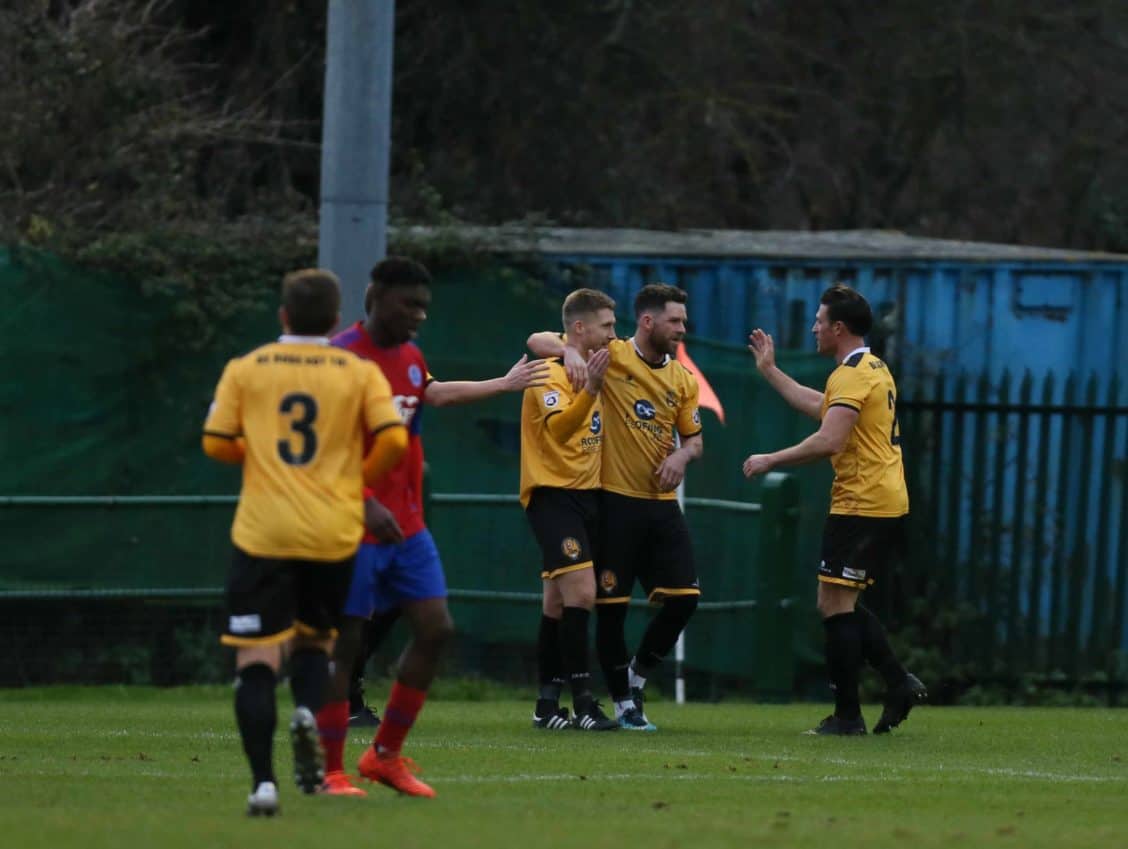