The end of season awards saw Assistant Kit Man Ian Gair win Volunteer of the Season and was presented the Paul Muddell Memorial Trophy by Manager Gary Waddock for his services to the club this season.

Ian has travelled the length and breadth of the country assisting Kit Man Steve Francis and stepping in with ease whilst Steve went on temporary leave midway through the season to fulfill full duties.

We would also like to take this opportunity to thank our countless number of volunteers who take time out of their lives to serve our football club, the club simply would not and could not run without these volunteers and we thank them all profusely for their services in what has been an incredibly difficult season for everybody associated with the club.

Adam McDonnell was awarded the Arthur English Trophy for Supporters Player of the Season after his 7 goals in 42 appearances this season, Monday’s matchday mascots Bobby and Liam gave him his award.

George Elokobi picked up his Shots Trust Player of the Month Award for March from Junior Shots member Tom Stevens, that was George’s second successive award this season. 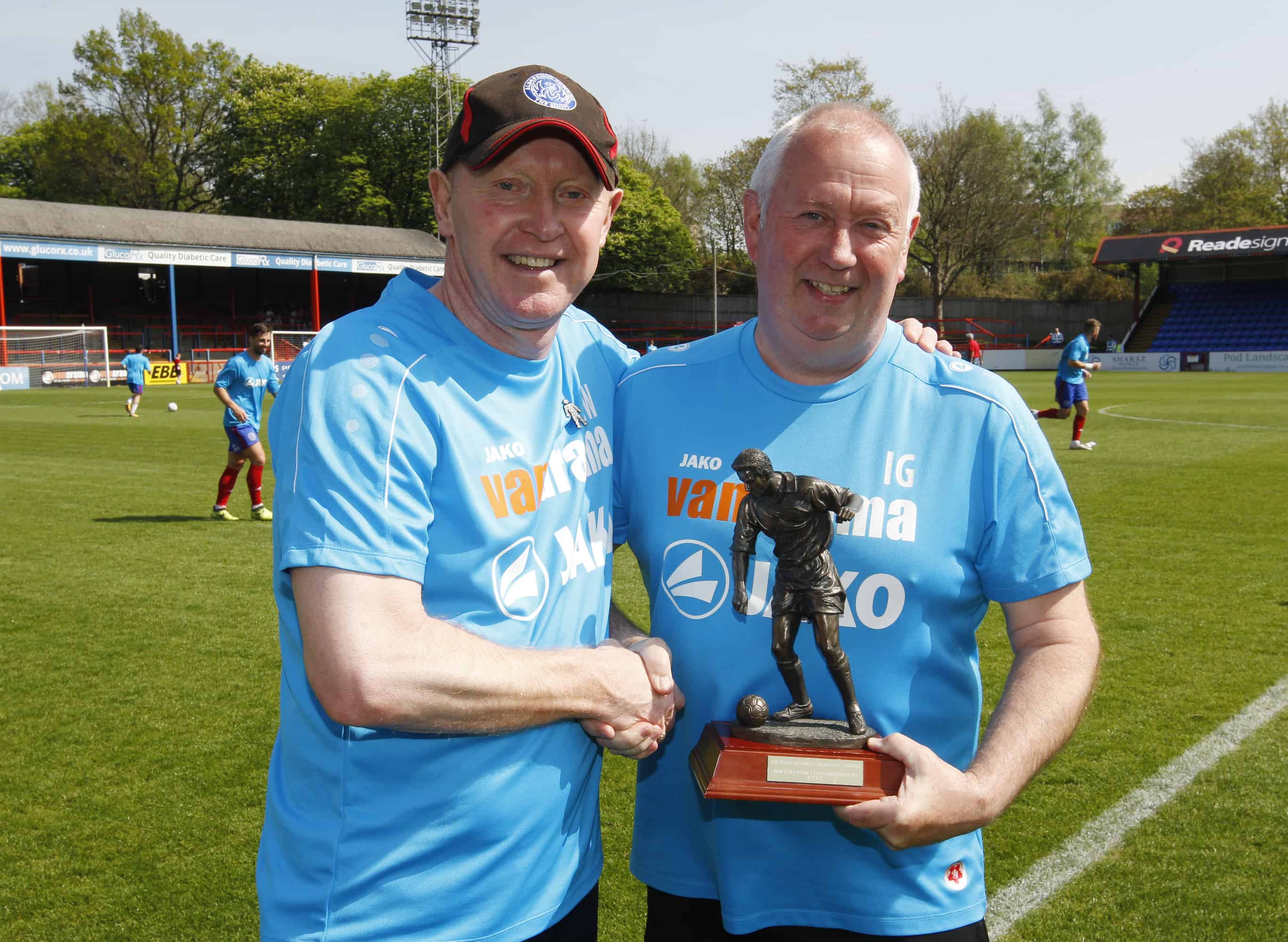 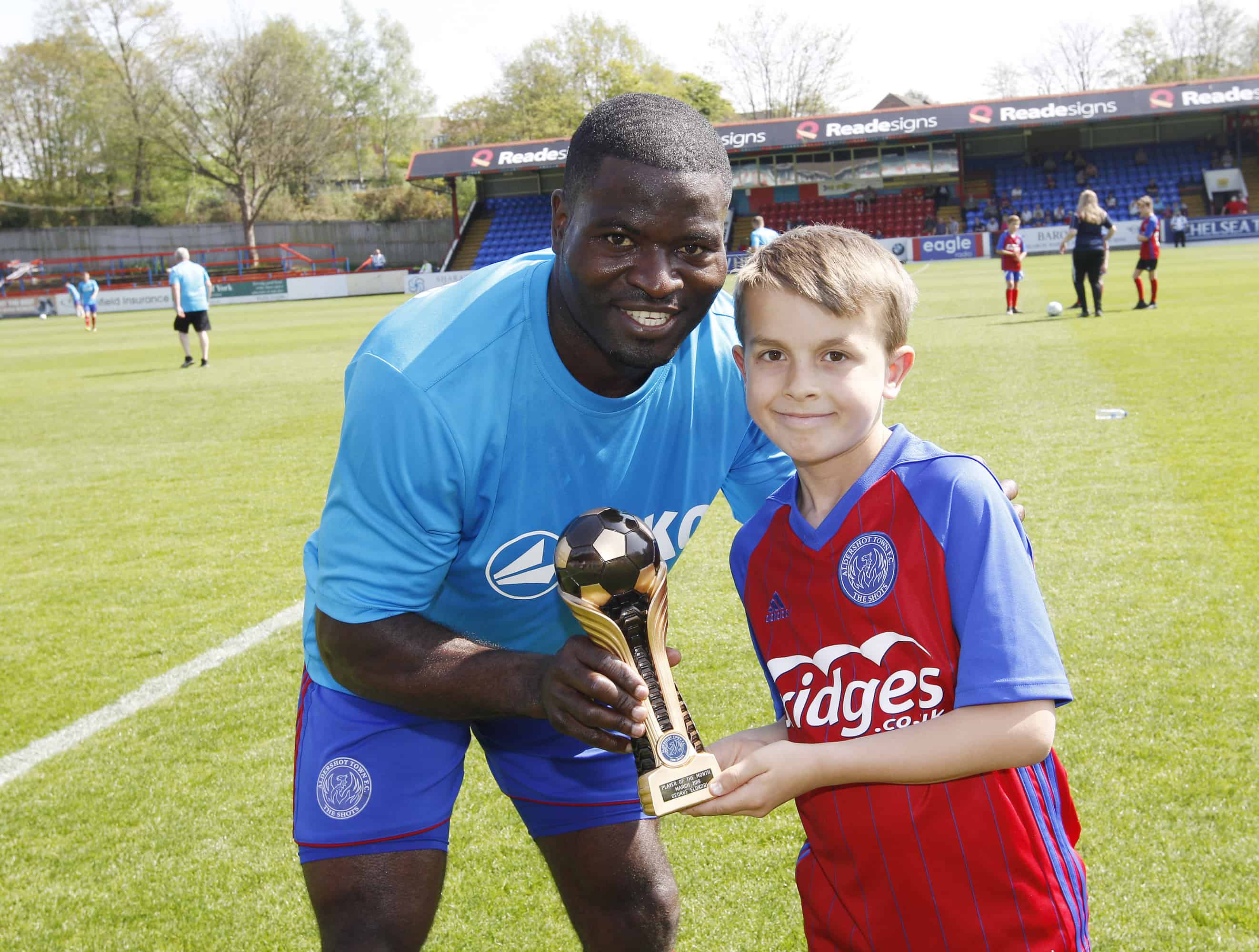 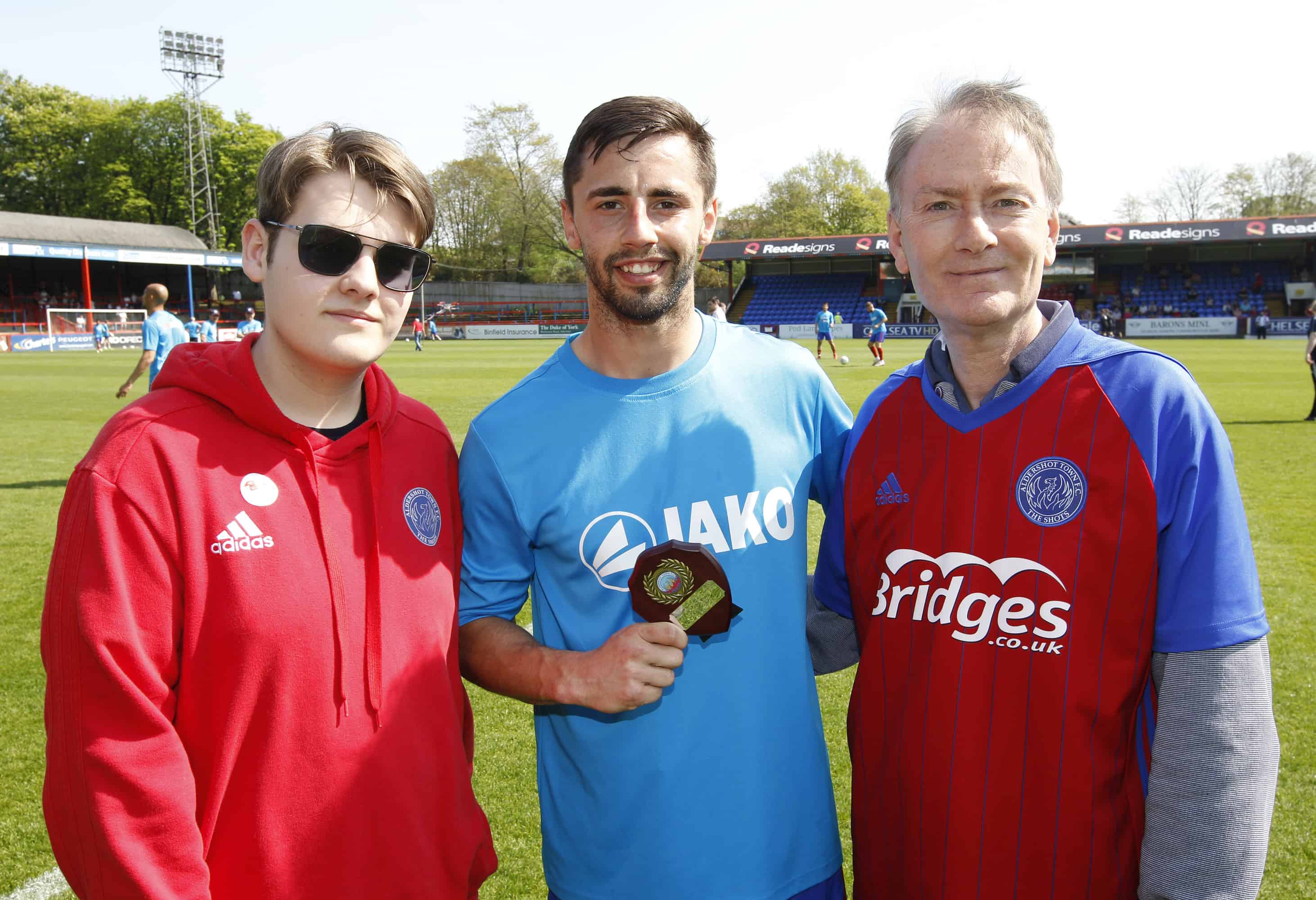 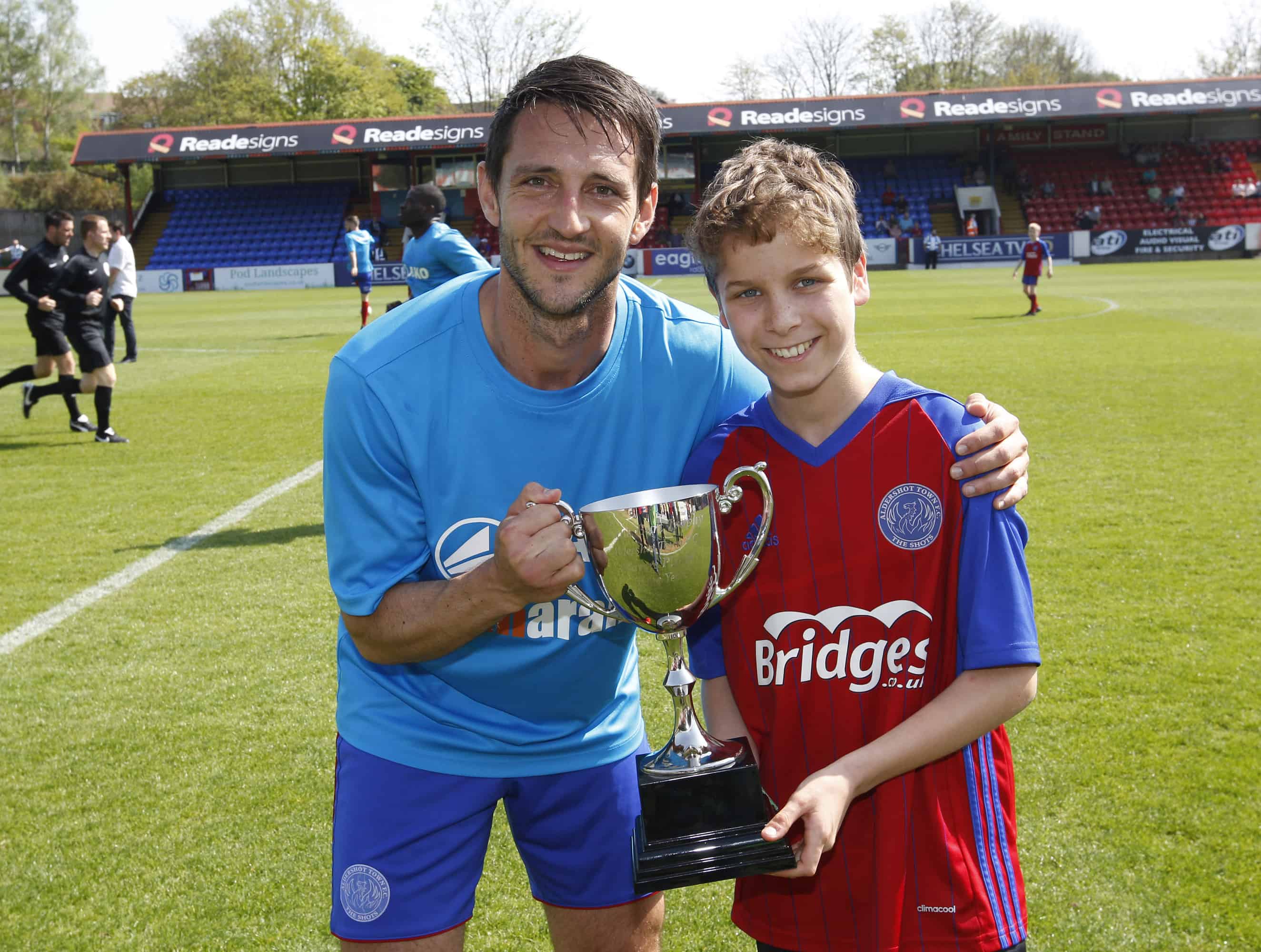 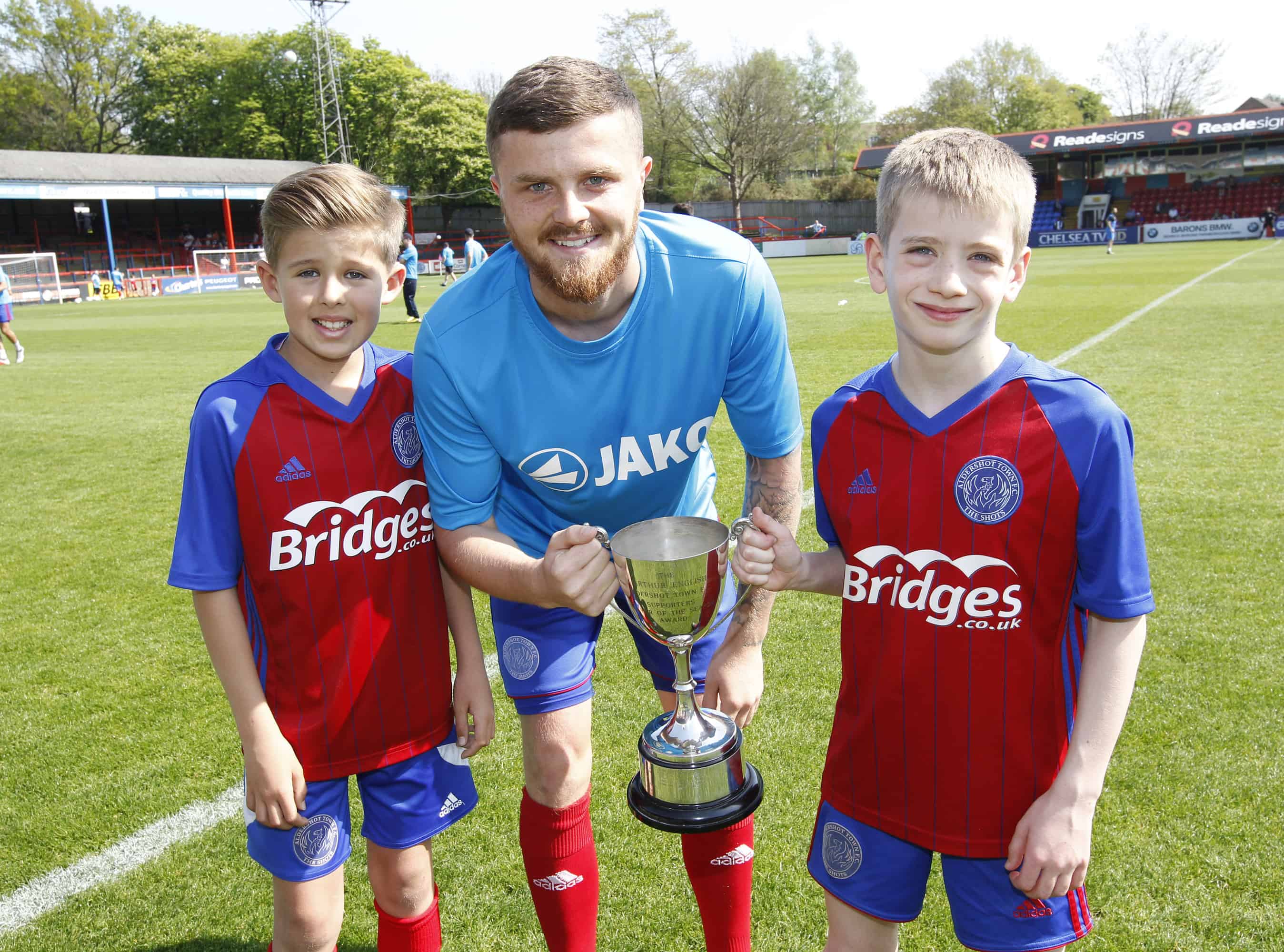