The deal that IS worth the paper it’s written on!

Aldershot Town will once again play at the EBB Stadium this season after Elliott Baxter and Co Ltd, the UK’s leading independent paper suppliers, signed a five-year contract for the naming rights of the Recreation Ground.

Led by Chairman and lifelong Shots fan Tim Elliott (pictured above with Mark Butler and Barry Smith), EBB previously sponsored the stadium from 2008 – 2013 and were the Club’s shirt sponsors for several years, and now extend a relationship with football in Aldershot which began in 1985.

“Everybody knows the passion and commitment I have for this Club and I am delighted to once again see EBB play such a major part in its future,” explained Elliott, who has supported The Shots since 1976. “It is a privilege to give our name to this fine stadium which has provided so many happy memories in the past. EBB continues to grow as a company, and will soon relocate its Headquarters to Farnborough, so reaffirming our connection with Aldershot Town felt natural.

“EBB were the original sponsors of the stadium and we are now delighted to return as a major sponsor of the Club. We were very disappointed with the events of the summer of 2013 but we have confidence in the current Board of Directors and Club’s financial status.

“Now, I hope we can play a part in establishing a successful new era for Aldershot Town, under Barry Smith, and that the EBB Stadium will host a team which the supporters are proud of. Like many fans, I am excited about what the new season will bring and the fact that The Shots will again play at the EBB Stadium only increases that excitement.”

“Tim is one of our staunchest supporters and EBB one of our longest-serving sponsors,” said Shots Chairman Shahid Azeem, “and I am delighted that the company have again demonstrated their dedication to the Club with this lucrative deal. Their name is synonymous with football in Aldershot and we hope that in the next five years we have all enjoyed many more great matches at the EBB Stadium.

“I would again like to thank Kevin Matthew and Electrical Services Southern Ltd for their support of Aldershot Town,” continued Azeem, “and am grateful that they will continue to be a part of the Club in the future. Credit must also go to Commercial Manager Mark Butler, who was instrumental in the signing of this new contract.”

Mark Butler said: “I am especially delighted to seal our second major deal in as many days, as we welcome EBB back as a major sponsor of the Football Club.”

Formed in 1922, the company is now into its fourth generation of Elliott ownership and management, and one of only four major paper merchants left in the UK. With an unrivalled reputation for service excellence, value, and a people-friendly approach, EBB has 10 modern storage and distribution centres covering the UK, in Glasgow, Newcastle, Manchester, Sheffield, Birmingham, Watford, Bristol, London, Thurrock and Farnborough. 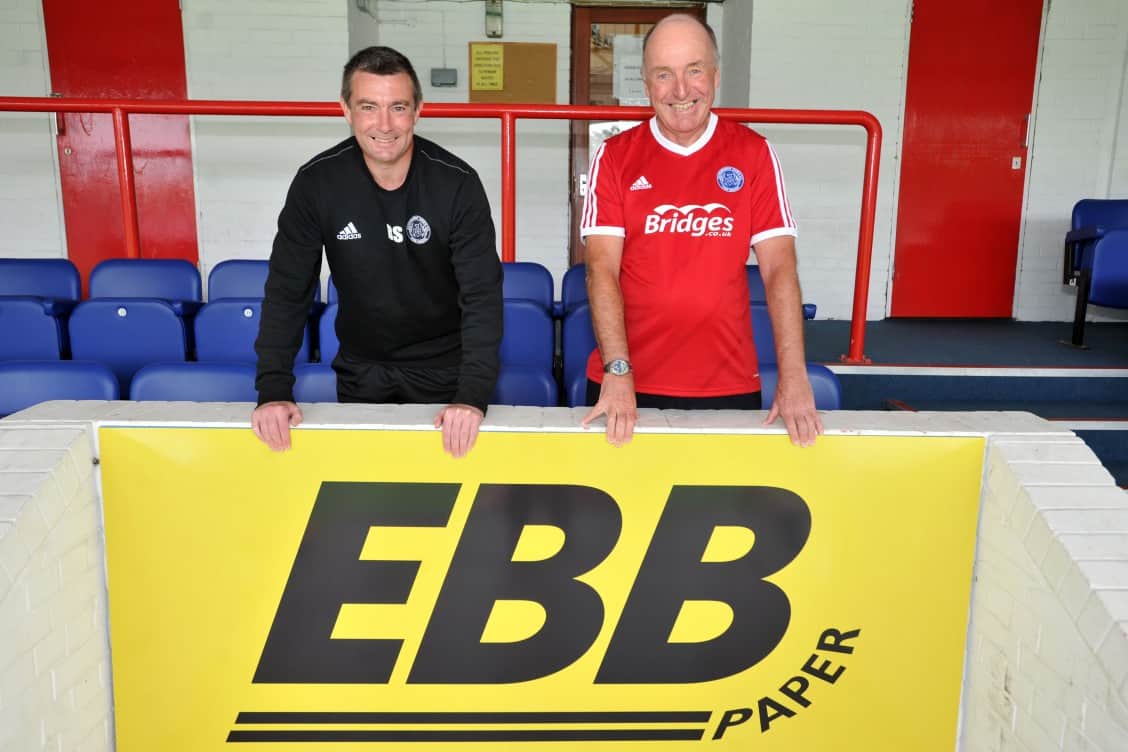 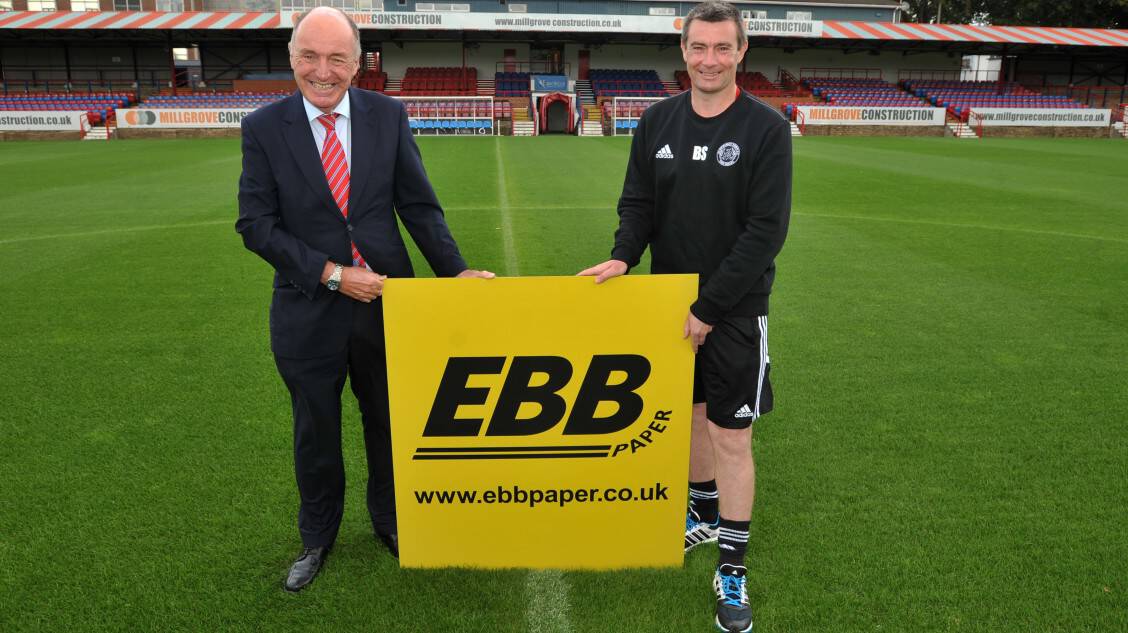 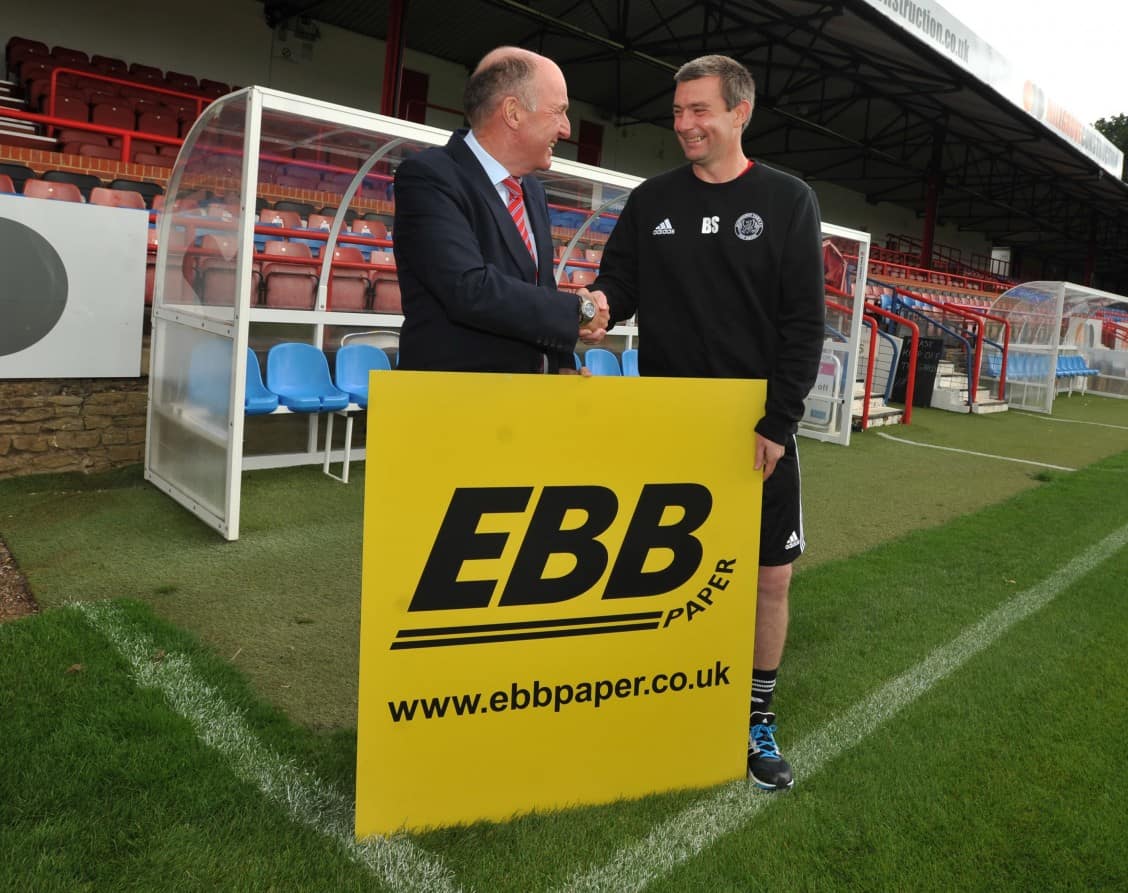