The drama continued at the EBB Stadium long after The Shots’ season had concluded, as local schools, community clubs, businesses and charities enjoyed their chance to grace the hallowed turf!

As ever, Aldershot, Farnham & District Schools FA brought goals, entertainment and glory in abundance, and claimed three trophies during their residence, including the Under 13 Oxford Cup, Under 14 Williams Trophy and Under 15 Wright Cup.

The Under 13s retained their Oxford Cup by beating Vale of White Horse 3-2 thanks to three late goals including a last-minute winner from Yateley School’s Dominic Ballard, before the Under 15s also beat VOWH with two second-half goals as Ben Whitehead’s superb winner secured a 2-1 victory.

In between, the Under 14s enjoyed a comprehensive victory against Southampton Schools, as a Kai Tanner double helped them to a 5-1 win. Tanner was also on the scoresheet in All Hallows’ 4-0 victory against Wavell in the District’s Under 14 final, alongside two for Owen Dean.

In the Under 11s competition, Fleet’s Velmead School reached both the Boys and Girls finals, with the boys winning 2-1 against All Saints before the girls endured a 3-2 local derby defeat against Elvetham Heath. Similarly, Salesian College’s boys reached both the Under 12 and Under 13 district finals, but lost on each occasion, 3-0 to Calthorpe Park and 1-0 to Weydon respectively.

Odiham’s Robert May’s School also featured in both boys and girls Under 16 finals. The girls won in a penalty shoot-out after a thrilling 3-3 draw, but the boys lost another enthralling game, 2-1 against Weydon. Collingwood College completed the doubles theme on the final night of competition, winning the Under 13 Girls and Under 15 Boys finals, inspired by District team stars Jakob Carl and Oli Ewing.

As the Aldershot FA took up residence at the EBB Stadium, West End claimed the Mark Coombes Intermediate Invitation Cup with a 6-2 victory against Ripley – amongst the goalscorers was former Shots Academy player Bradley Pegg!

The Eric Holbrook Junior Invitation Challenge Cup was claimed by Follyhill United Res (Sovereign), who stormed to a 6-3 win against Wyvern, whilst the Junior Invitation Challenge Cup (Saturday) saw Sandhurst Sports beat Traco Athletic 4-1. That scoreline was repeated in the Senior Sunday Cup, as FC Fernhill enjoyed a comfortable victory over Lightwater, and in the Senior Challenge Cup Final, as Hartley Wintney completed a superb season by coming from behind to beat Eversley & California. Prolific top scorer Paul Hodges notched another two to take his tally to 32.

A charity game in aid of Football For Cancer raised £300 to support local families dealing with the disease, and gave two Shots fans a unique opportunity to captain their teams at the EBB Stadium! Held in memory long-time FFC supporter of Matt Hartt, the teams were led out by Kane Knight and Dexter Lieberman and in sweltering heat played out a seven-goal thriller. Despite going two goals down early on, Dexter’s Yellows came back to snatch a 4-3 victory.

Argentina then faced Inter Milan in a hugely entertaining match featuring die-hard Shots fans Greg Thornett, Jason Berney, Ian Barnett, Sean Breslin, Paul Minter and – realising a lifelong ambition of scoring in front of the East Bank – Ben Harvey. His early strike, smashed in at the end of a slick passing move, put the South Americans 1-0 up, only for the Nerazzurri to roar back with an equaliser just before the break. Two second-half goals secured a 3-1 victory, illuminated by the pace, movement and clinical finishing of Marc Clement Bull – but with Argentina perhaps feeling a little hard done by, talk of a rematch in 12 months’ time is already rife!

Another potentially annual occurrence helped to raise over £550 for the British Heart Foundation, as two teams from British Telecom fought out a spectacular 4-4 draw! The team led by match organiser James Melvin were grateful for an inspired performance from goalkeeper Jon Williams who, abeted by a strong defence, restricted their opponents to just the four goals! He was, though, helpless to stop JC Etienne’s wonderstrike for Jon Green’s side, who also saw George Lewis impress in goal.

More money was raised by the first playing of the Derek Jones Memorial Cup, between AQ Construction and Ross Air, two companies of which Derek was a Director. The pace of the game was relentless despite the heat and, although Callum Russell missed an early penalty, AQ raced into a 2-0 lead through Taylor and Ben Dyett. Ross Air, though, soon hit back with three unanswered strikes from Nick Eaton, Darren Hurn and Man of the Match Matt Tople. Russell atoned for his earlier miss by making it 3-3 and, with 20 minutes left, Ross Air were awarded a controversial penalty which was stroked home by Dave Shearer. Yet the best was still saved for last, as Steve Croxford started a flowing move out of defence which ended with Paul Goose’s excellent cross being headed in at the far-post by Paul Munro. Derek’s wife presented the trophy to the winning captain, in a match which raised £400 for The Brain Tumour Charity.

Finally, Camberley Audi and Basingstoke Volkswagon played out yet another hotly-contested game featuring eight goals – and in doing so raised a magnificent £800 for Children in Need! A tight first-half ended with a world class save from Ben Yarrow which preserved Camberley Audi’s 2-1 lead at the break, but a one-sided second period brought a further five goals for Audi. Scorers were Callum Williams (2), Jake Beale (2), Chris Fagence, Andy Parker and Riley Yarrow. Volkswagon played the final 15 minutes with ten men, after Ethan Roberts was dismissed for a second yellow card, but in front of a boisterous crowded approaching 300 people, the key statistic was once again the amount of money raised! Donations can still be made via www.justgiving.com/fundraising/camberleyaudifc or by texting CAFC50 £5 to 70070.

Thanks to everybody who took part, and congratulations to both the winners and the charities who have benefited. 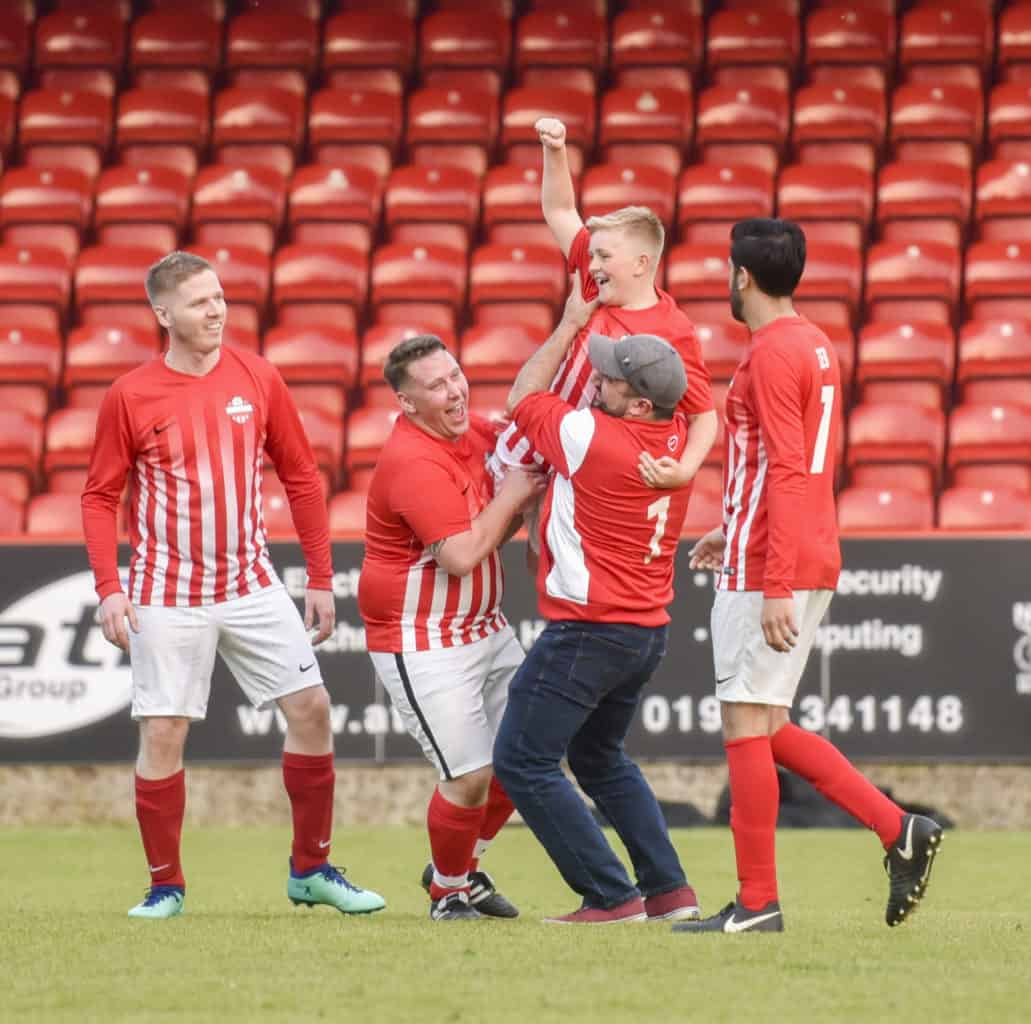 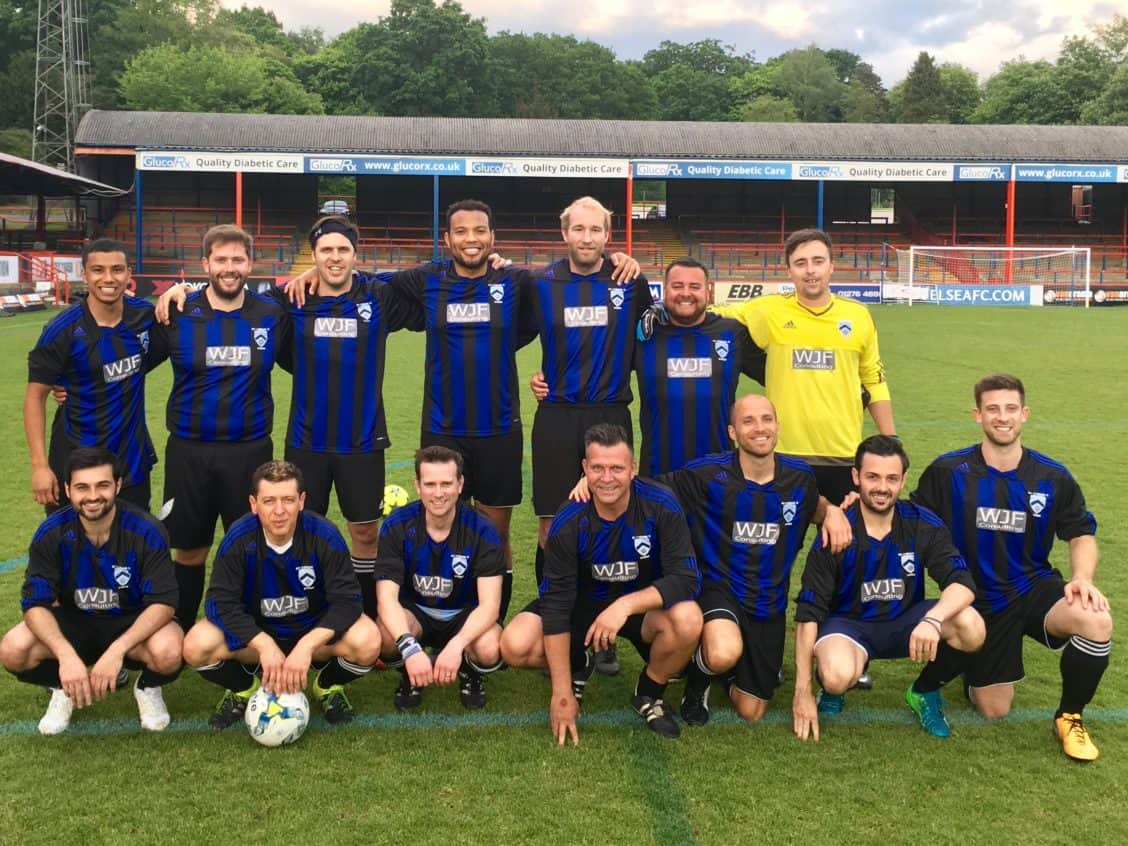 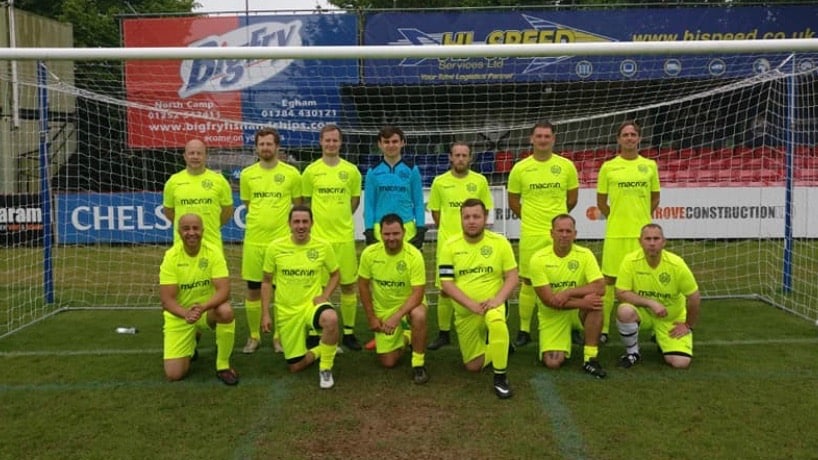 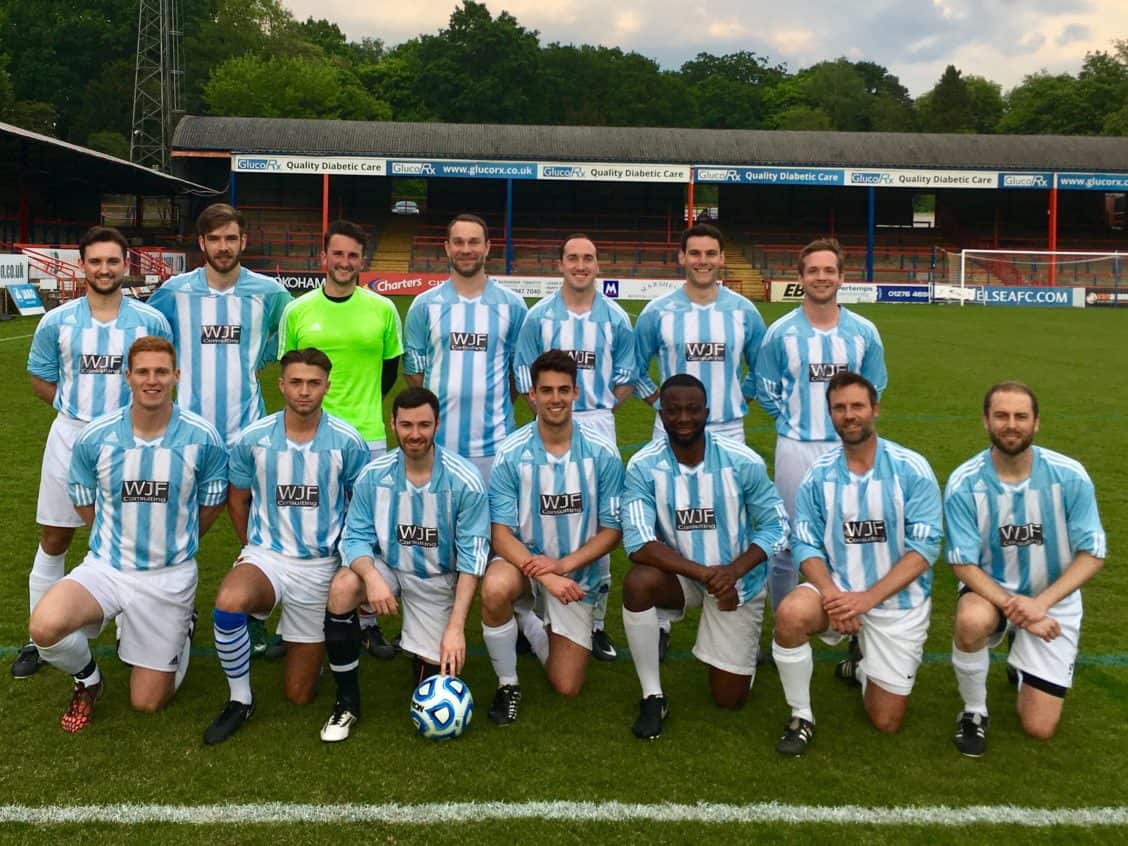 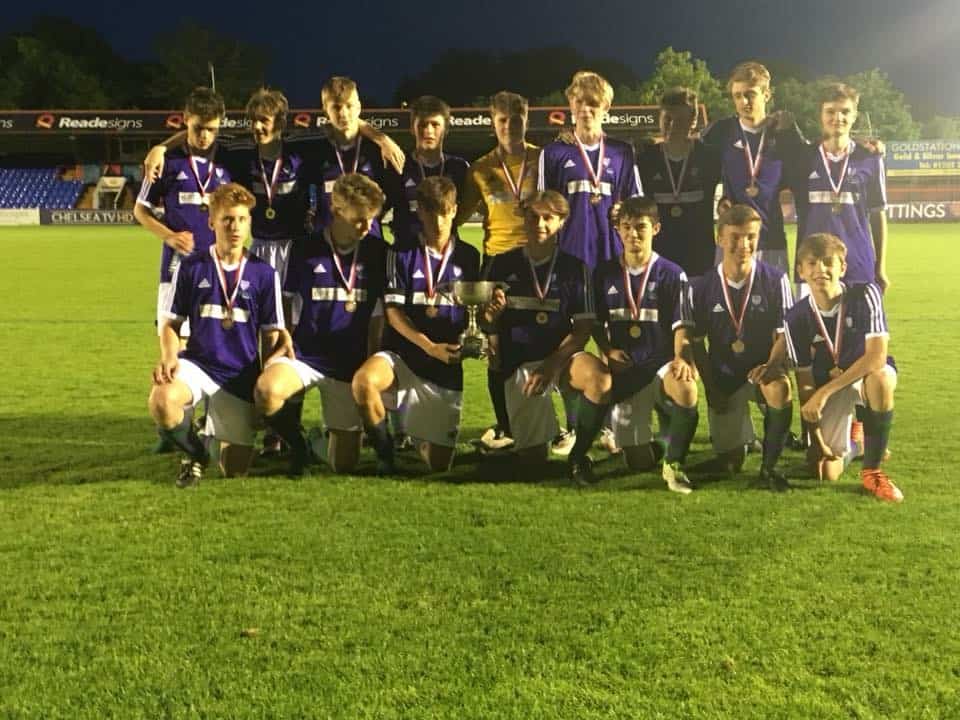 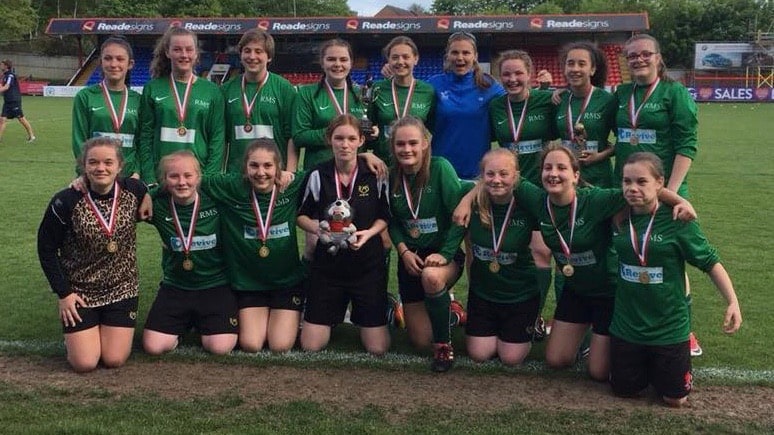 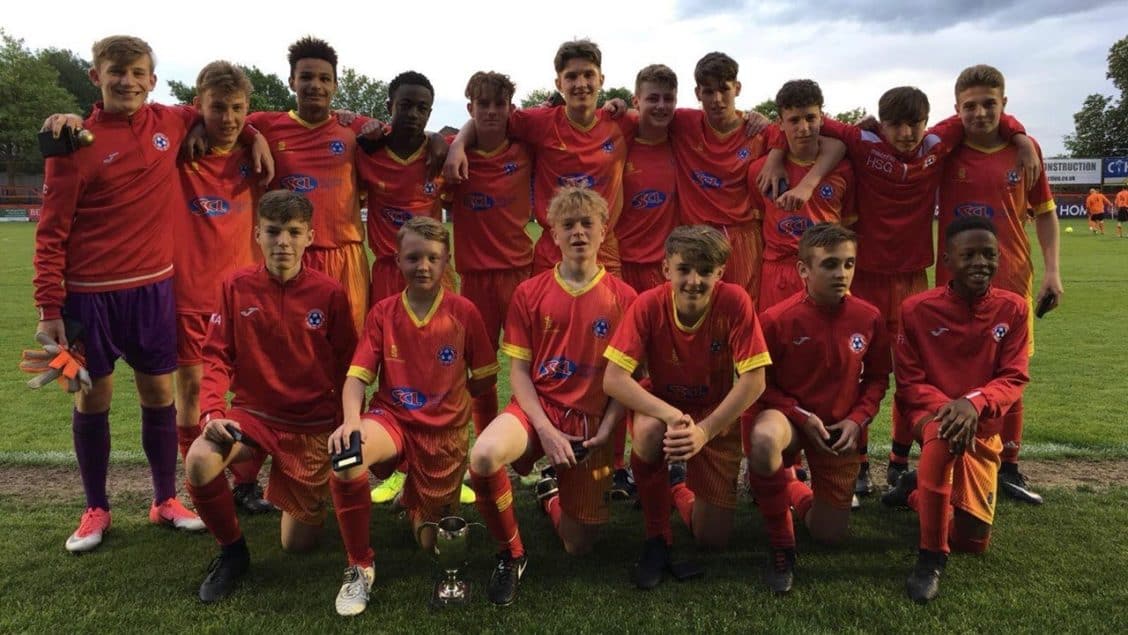 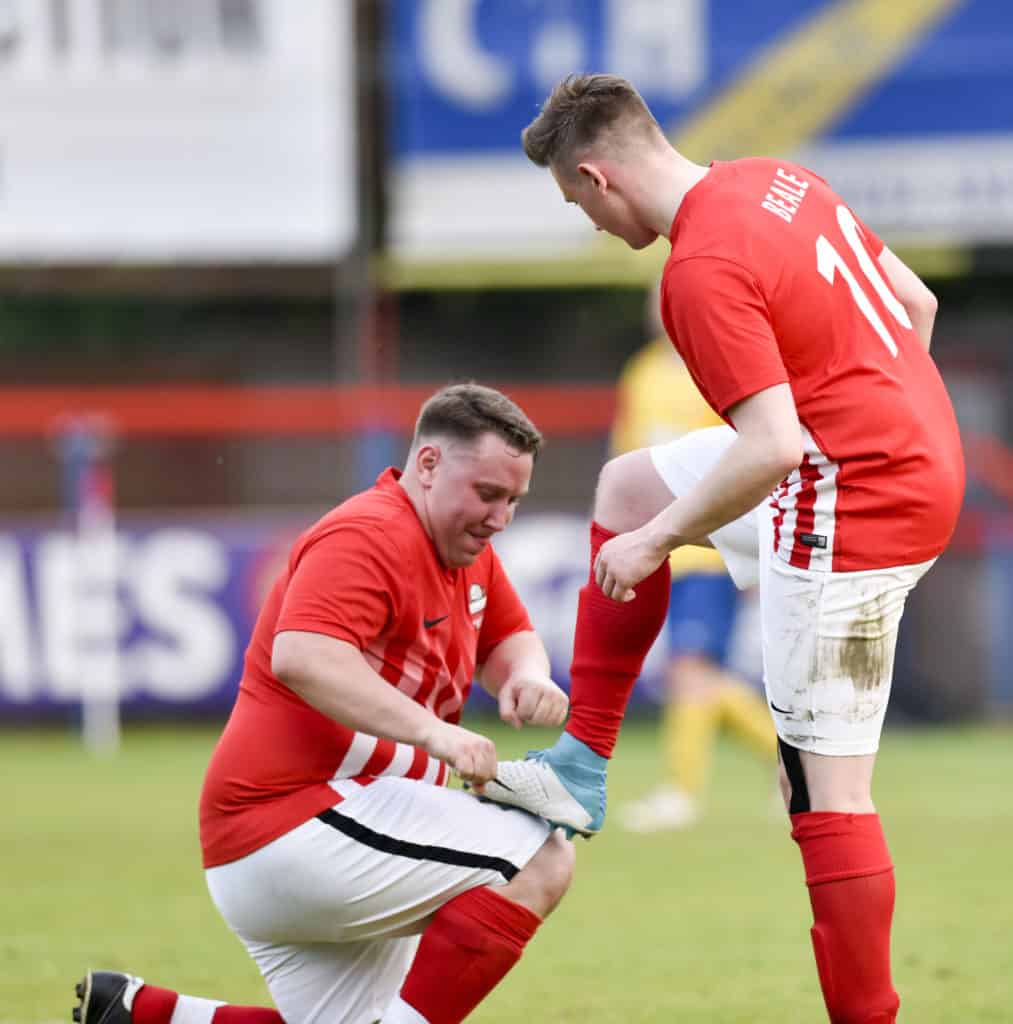