This goalless draw proved something of a considerable victory for Aldershot Town, as they picked up a point against Eastleigh after being reduced to ten men in the first-half.

It was a stop-start game from the first whistle, with Manny Oyeleke and Nick Arnold – who was stretchered off – both added to The Shots’ increasing injury list. Moreover, in the 36th minute, the visitors were reduced to 10 men, when a sliding tackle on Sam Wood from debutant Kodi Lyons-Foster left referee Christopher O’Donnell with no hesitation in producing a red card for the 20-year-old centre-back.

The first opportunity The Shots had came in the 11th minute, when a low, left-wing cross from Bobby-Joe Taylor fell to Scott Rendell; however, covered by Eastleigh defenders, he passed it back to Fenelon on the edge of the penalty area, and his shot flew wide of goal.

Another low cross by Taylor was cleared by the towering Eastleigh defence, and gave The Shots a short corner taken by James Rowe. Once passed back to Taylor, his deep cross only just evaded the head of Lyons-Foster.

Perhaps Eastleigh’s best chance of the entire game came on the brink of half-time when Yeates’ cross from the left found Craig McAllister eight yards out, but a frustrated home side watched as it fell wide.

However, despite the one-man disadvantage, The Shots appeared relatively unaffected and gave it their all in the second-half. A free-kick won by Rendell and taken by Taylor curled over the heads of Eastleigh’s defence and found captain Callum Reynolds; unfortunately, his header was deflected behind for a corner.

On 54 minutes, a smooth pass from Jim Kellermann followed through to Rowe whose effortless lay-off to Taylor enabled him to shoot just wide of the left-post from 20-yards.

The boisterous and vocal away end, numbering 542 supporters, gave their upmost support throughout, and nearly got their reward as The Shots saw two efforts go agonisingly close. The first, from a Kellermann pass, saw two close-range shots from James Rowe blocked. Just a minute later, Taylor – by now playing at left-back – again burst into the box and a brief exchange of passes between himself and Rowe ended in his shot hitting the post.

Zebroski and McAllister almost latched onto Matthews’ right-wing cross and, with eight minutes added on due to injuries on both sides – including a facial injury for Callum Reynolds which required heavy bandaging – both sides were desperate for a late, late winner.

Eastleigh pressure in the 98th minute forced both a corner and an attacking throw-in, but a quick-thinking Rendell confidentially cleared both, and The Shots had finally held out.

A point seemed scant reward for their efforts, but Aldershot Town should be proud of their performance; in adversity, a difficult situation had been negotiated with consummate professionalism. 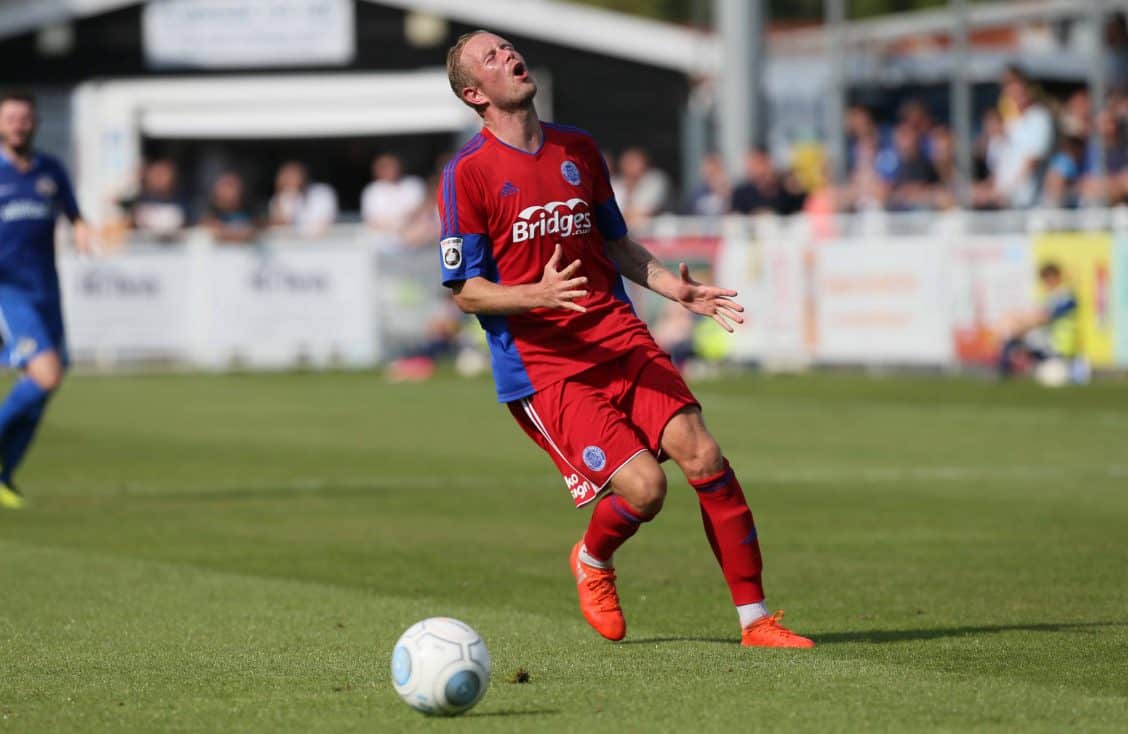 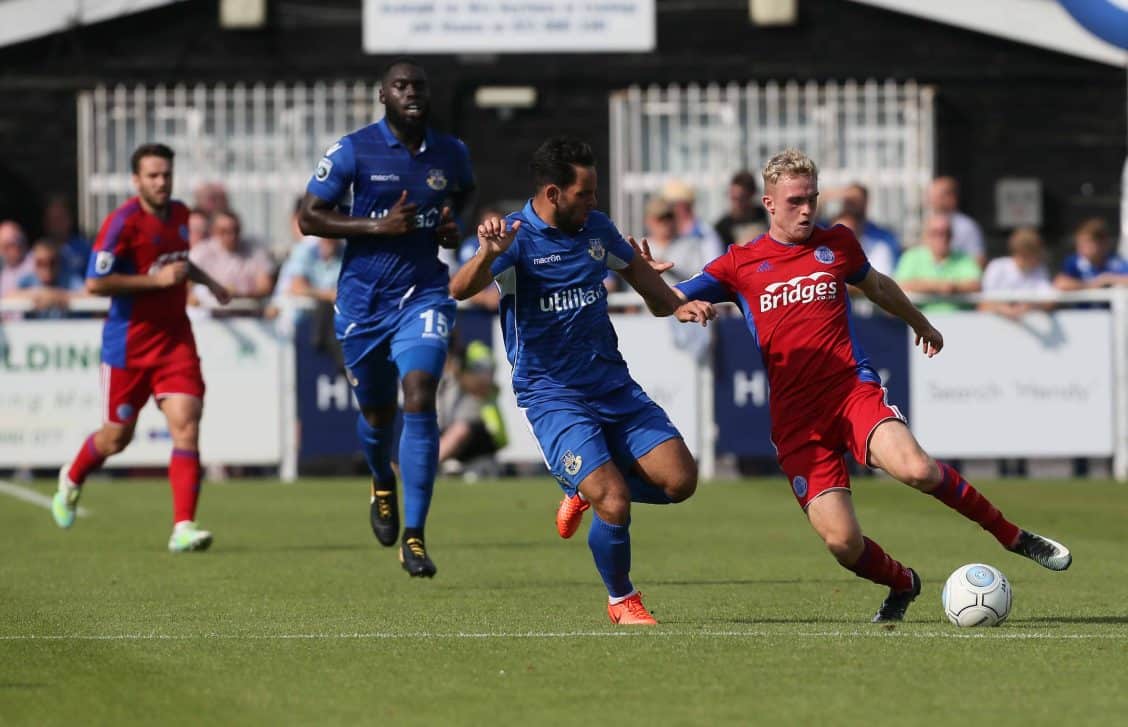 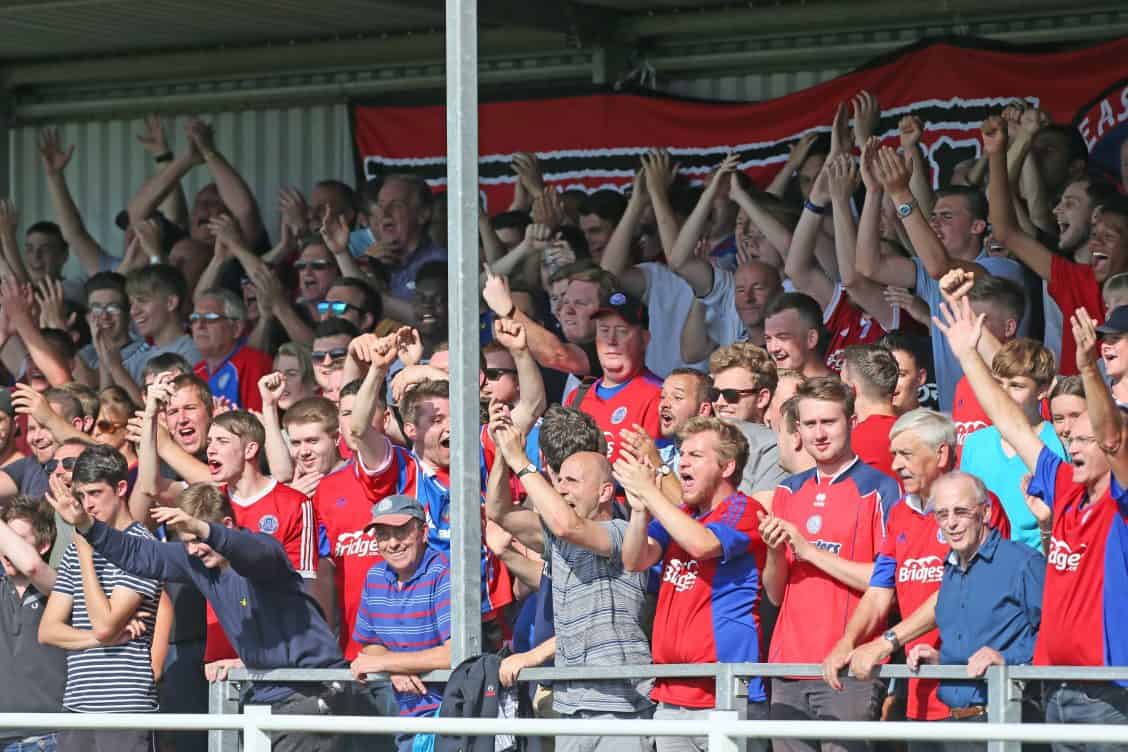 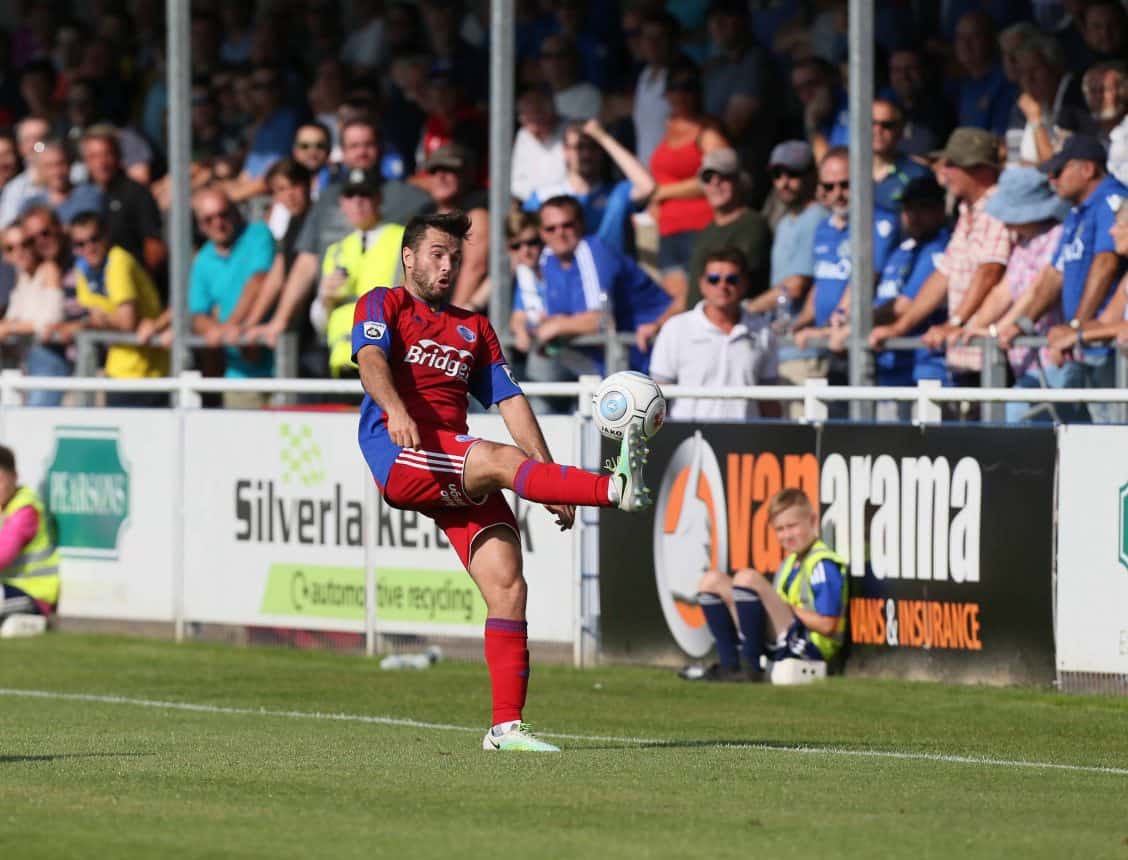 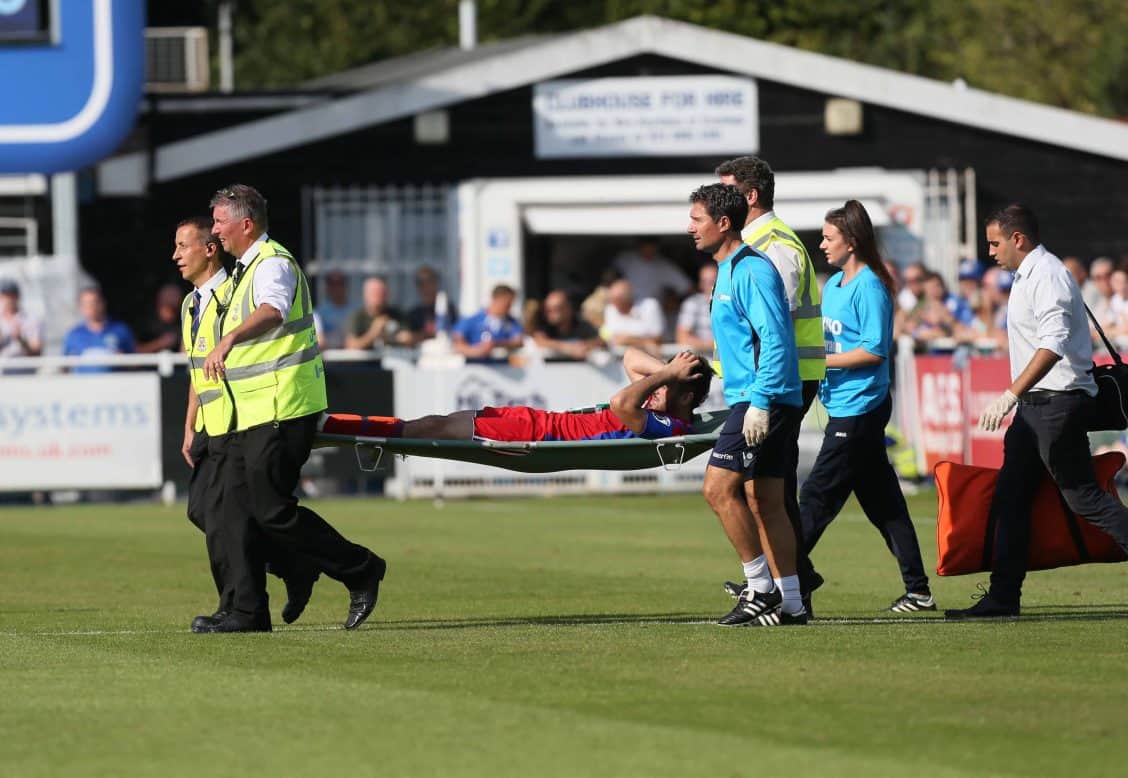 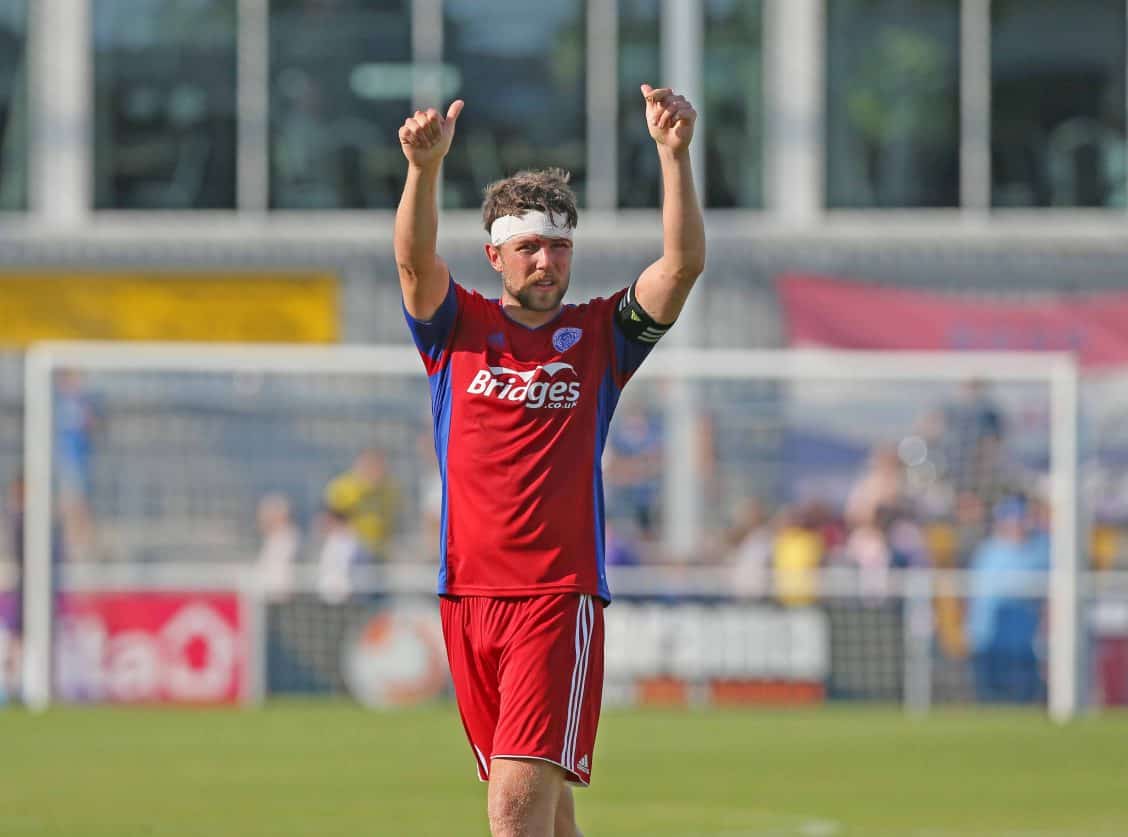 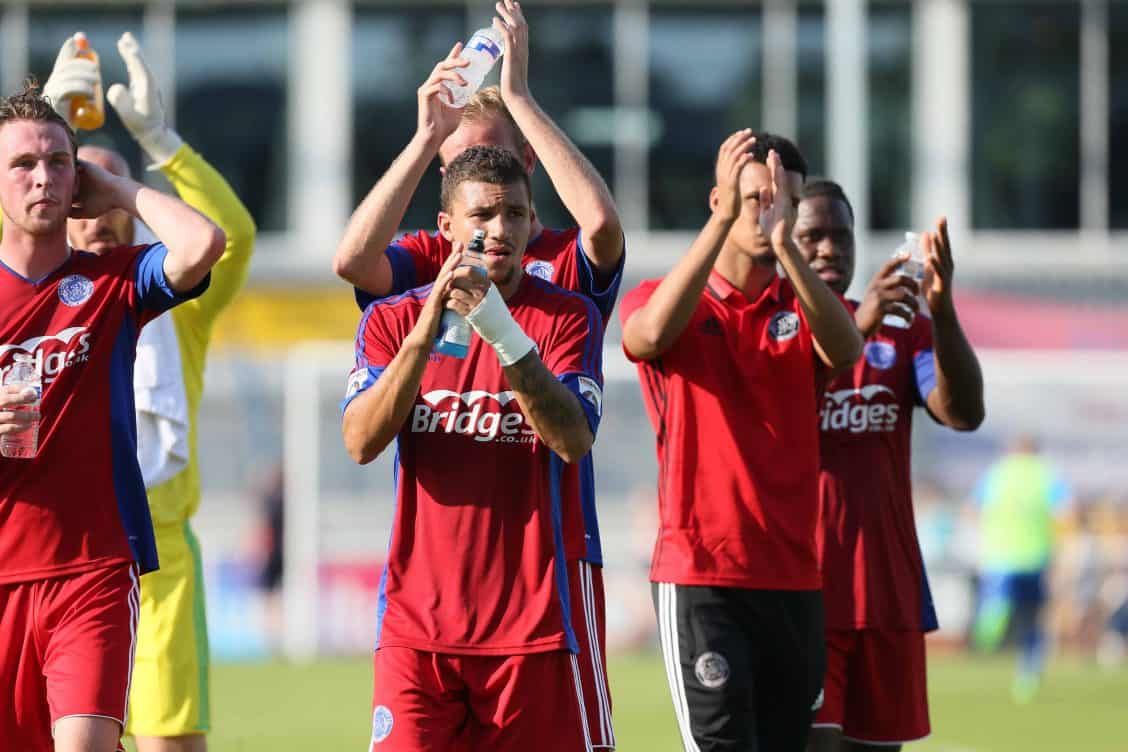 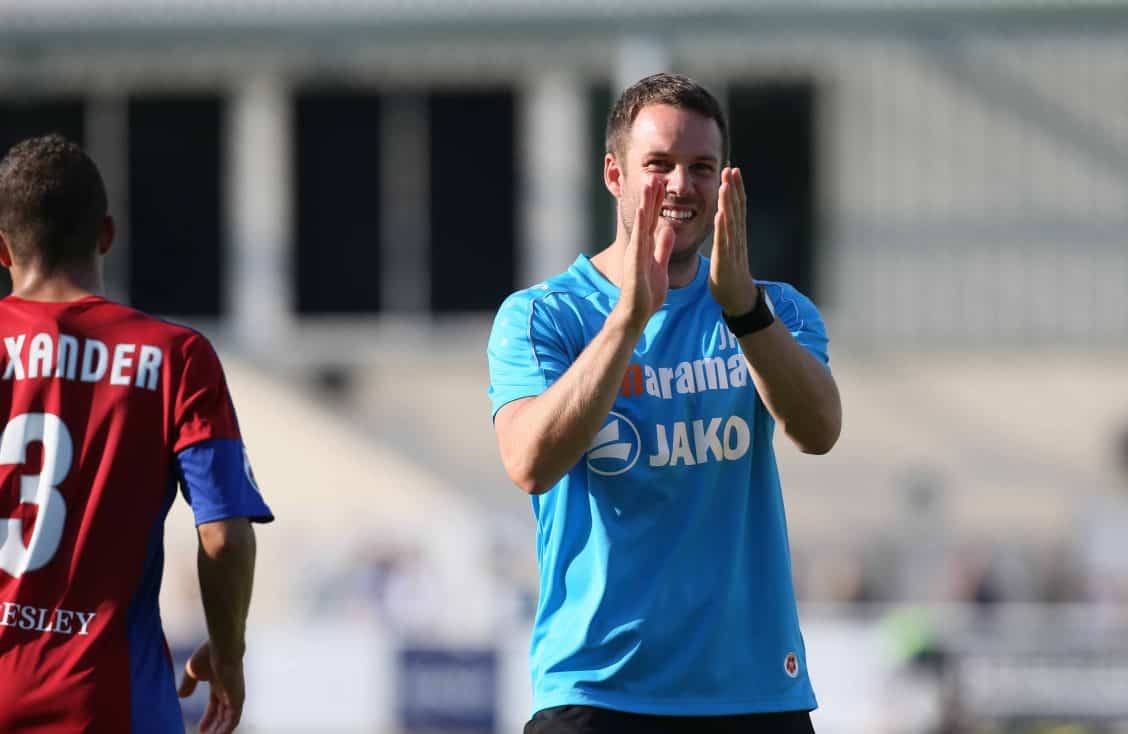 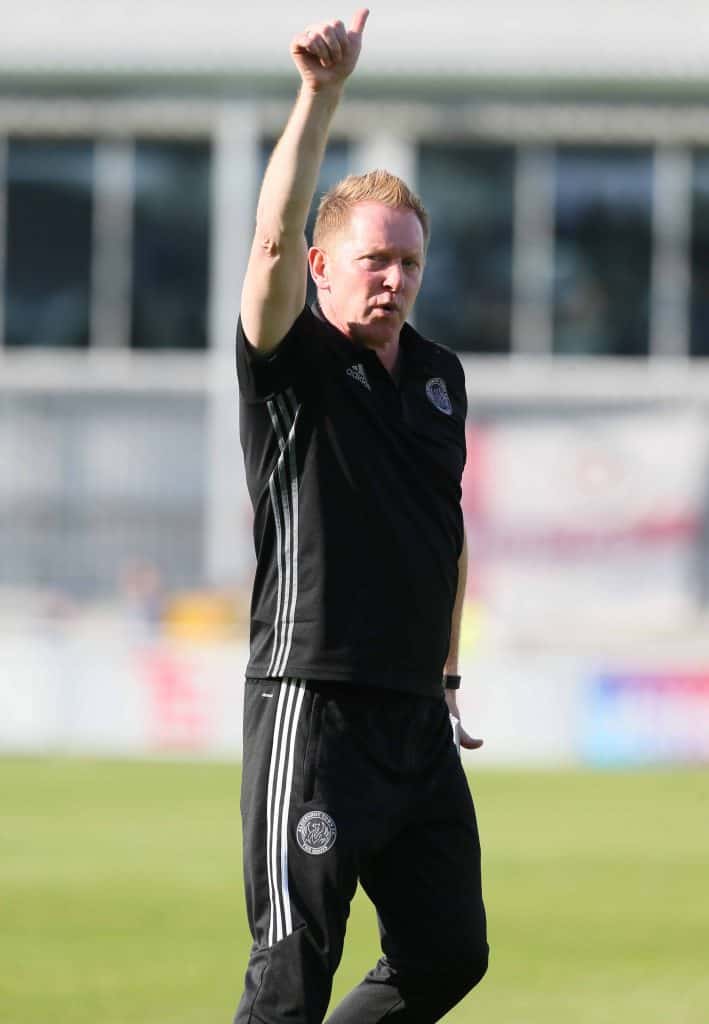 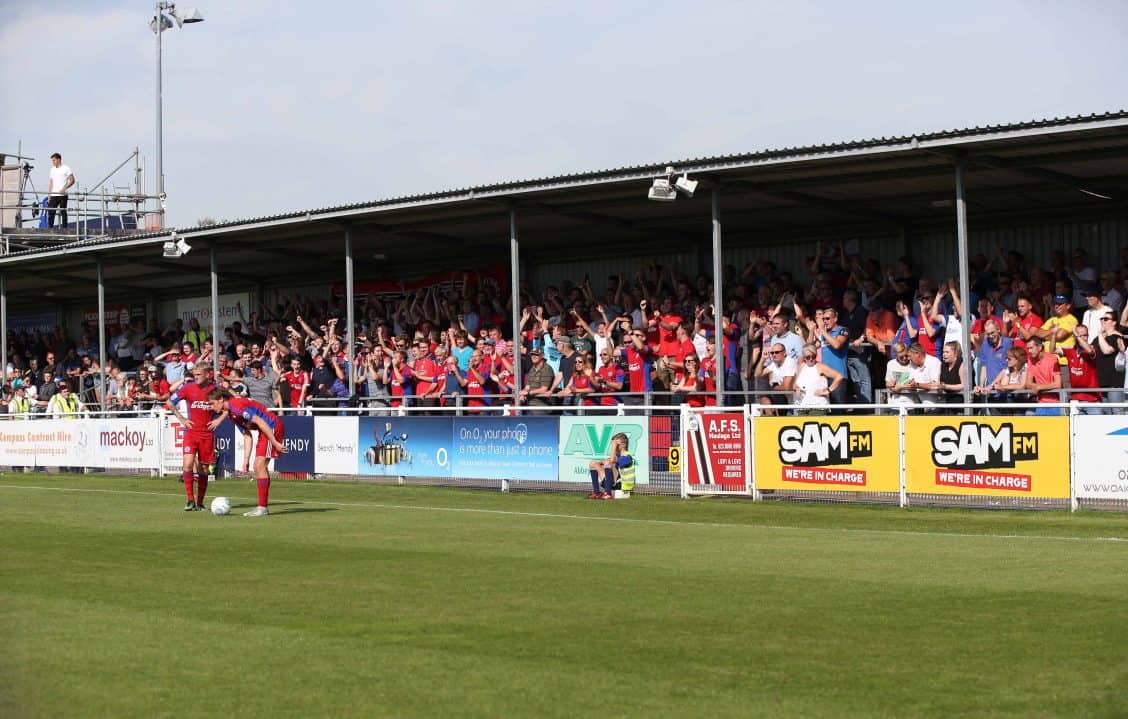 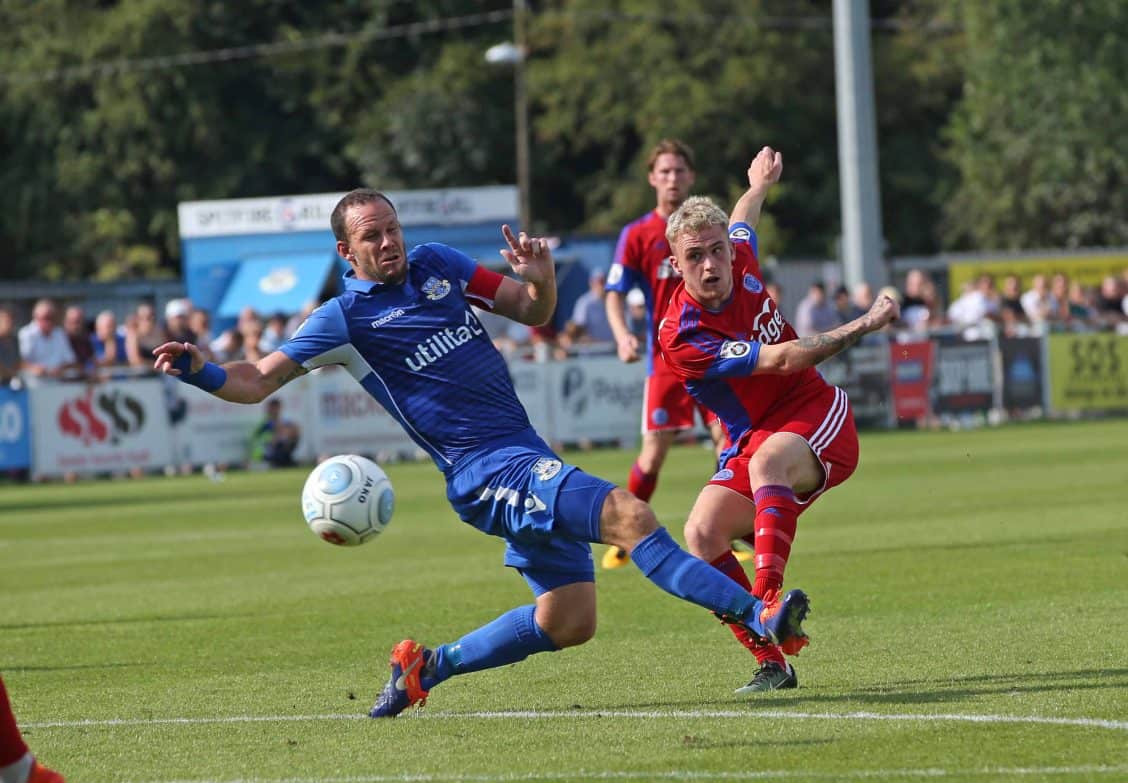 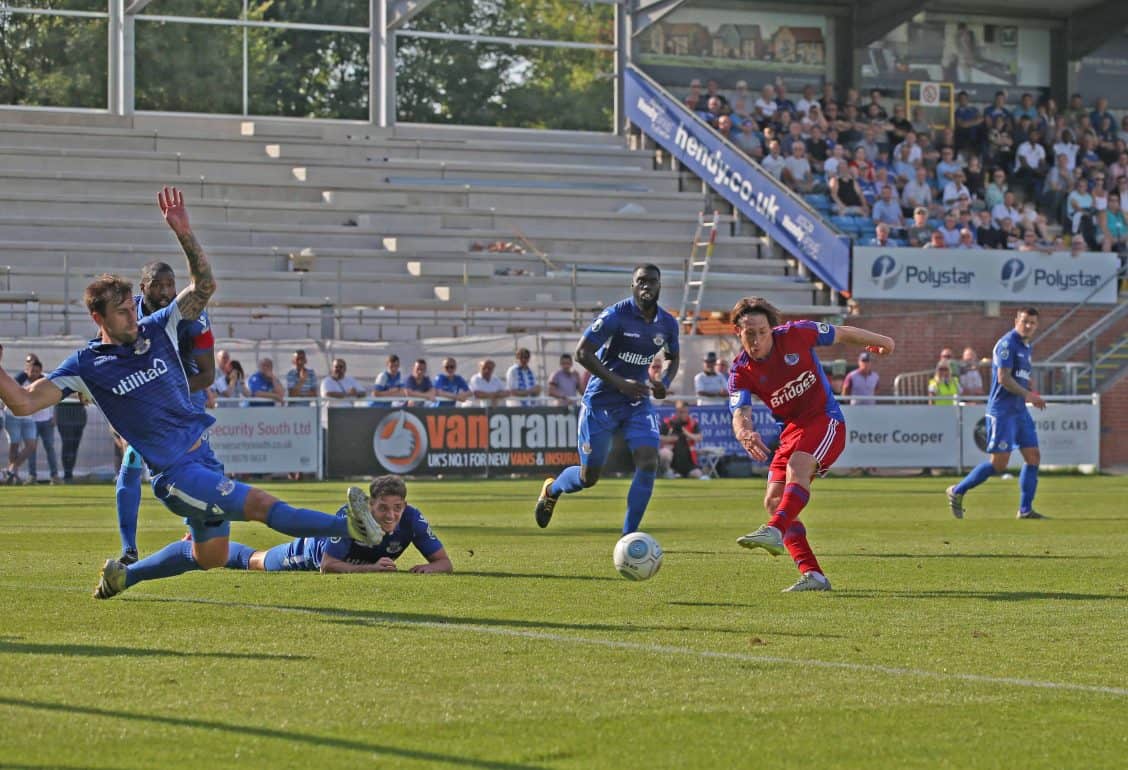 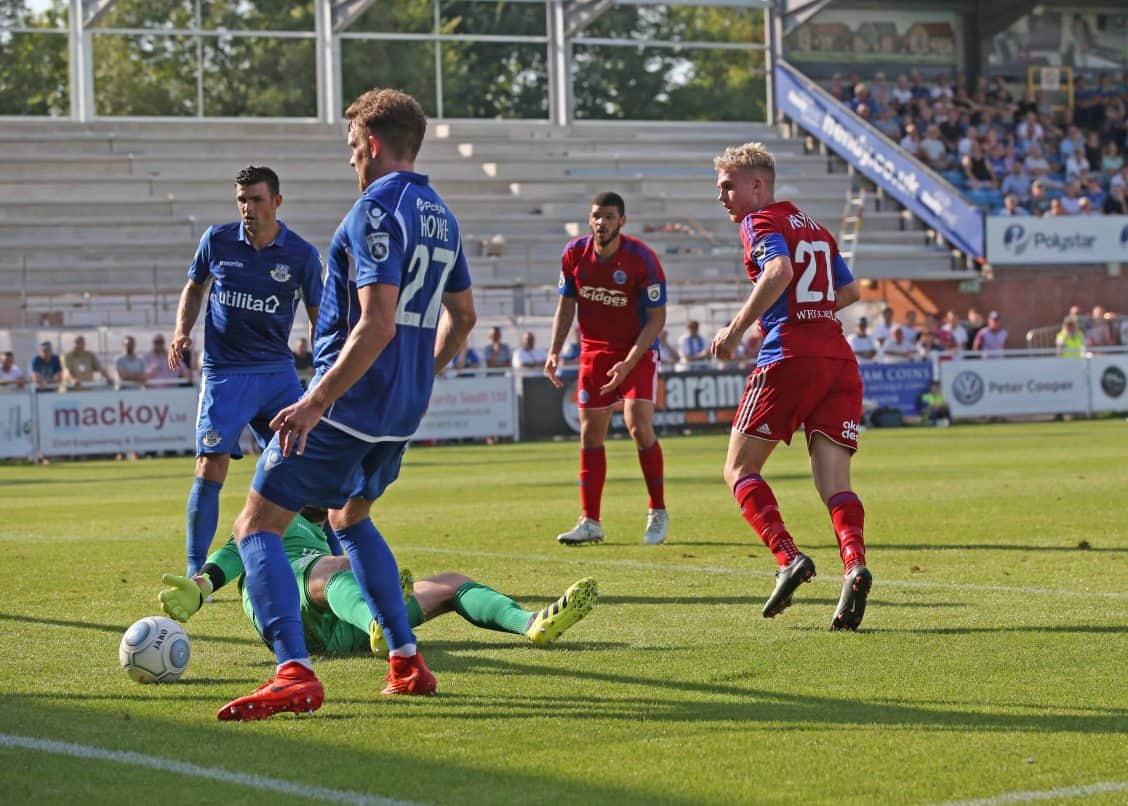 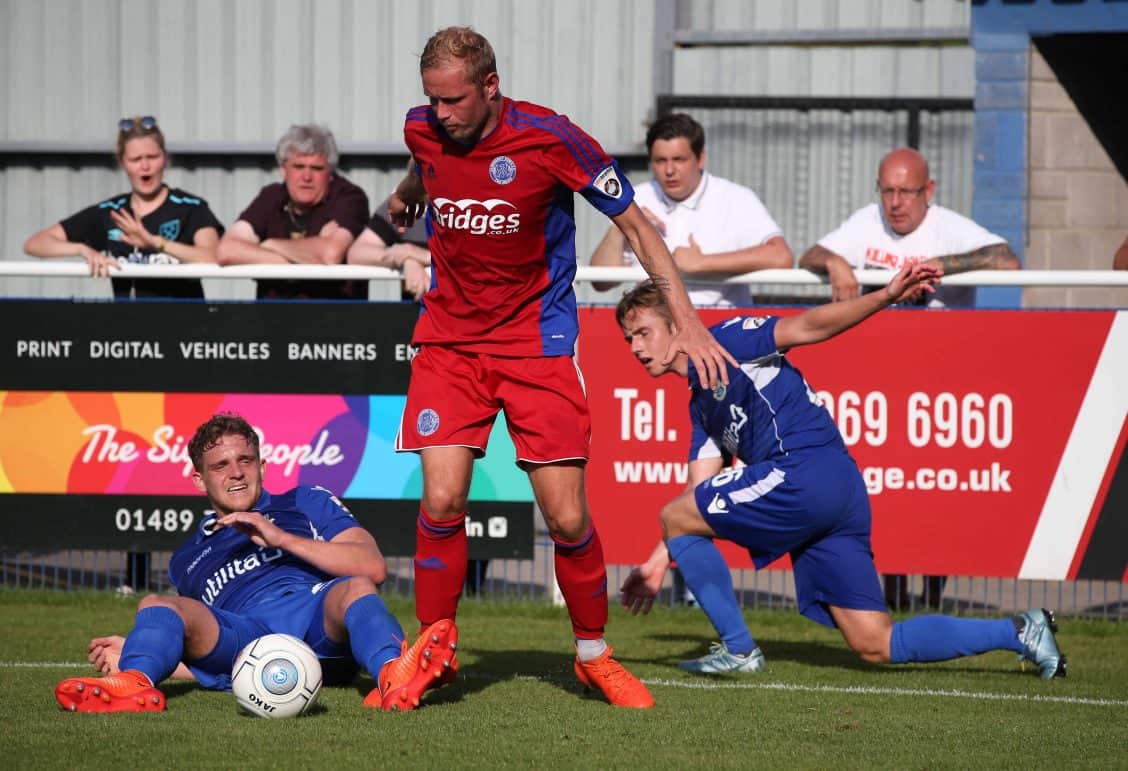 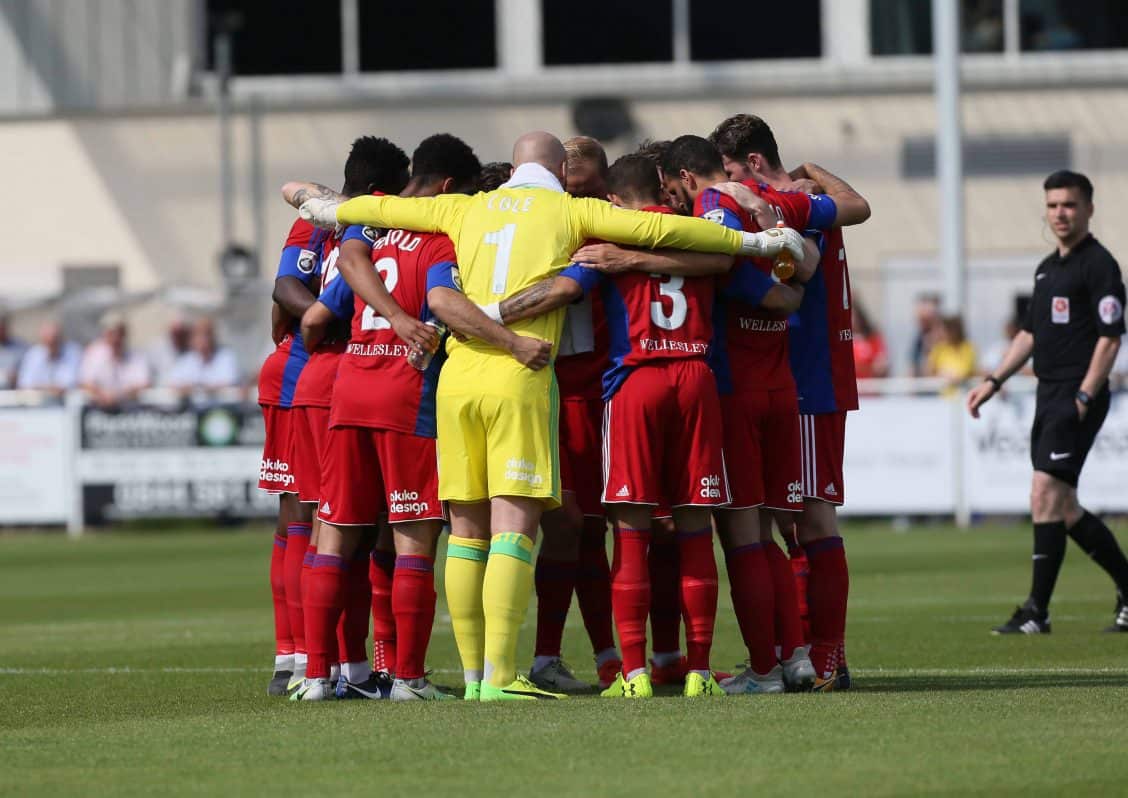 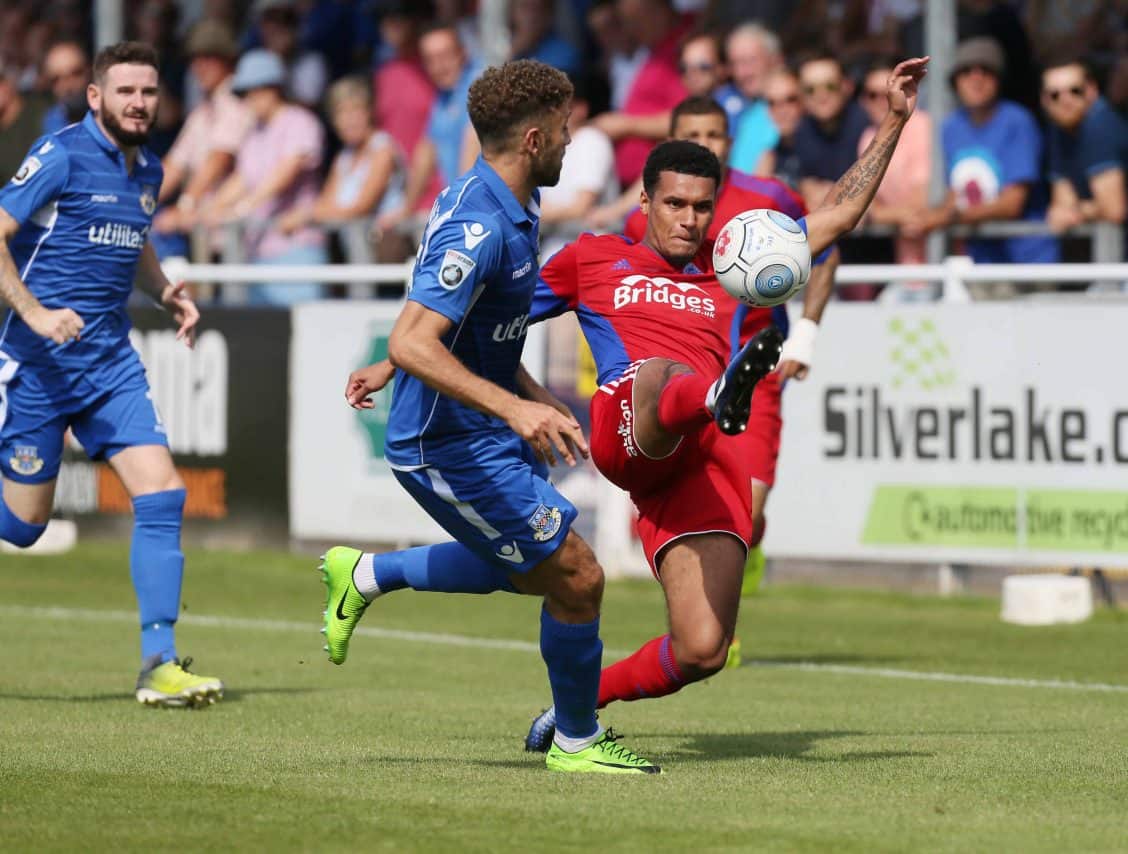 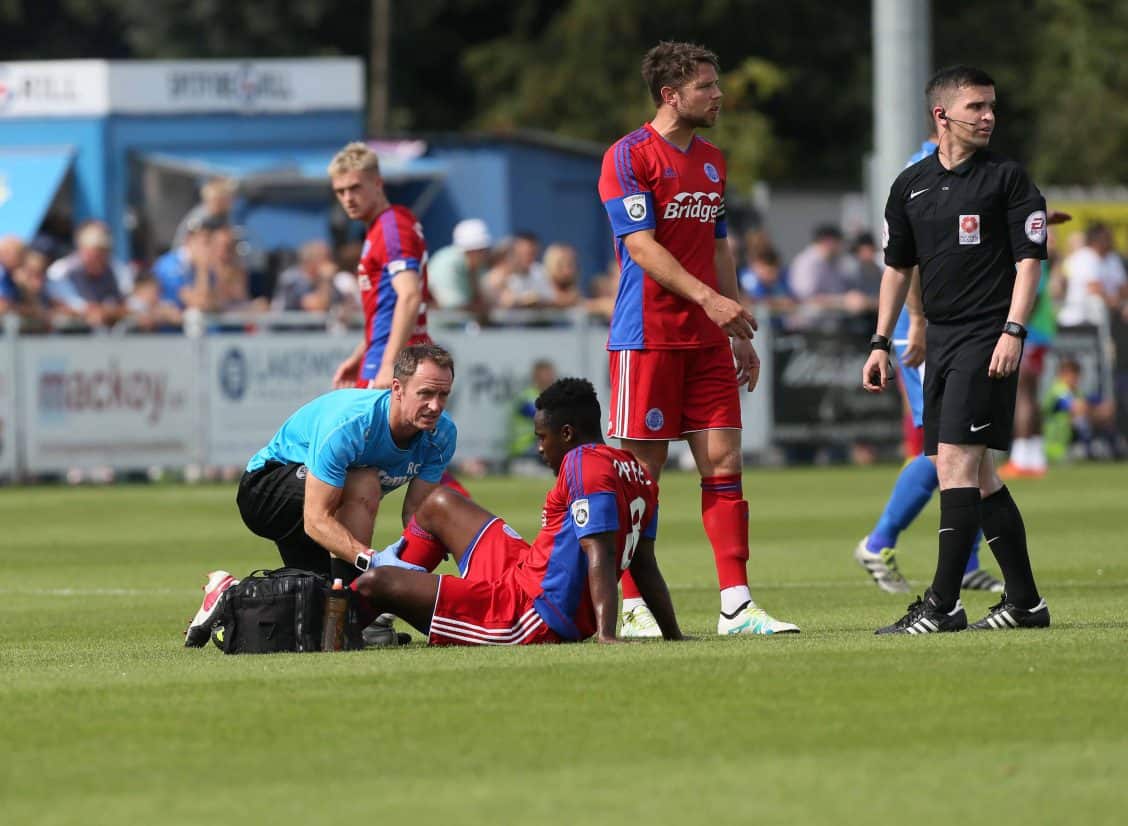 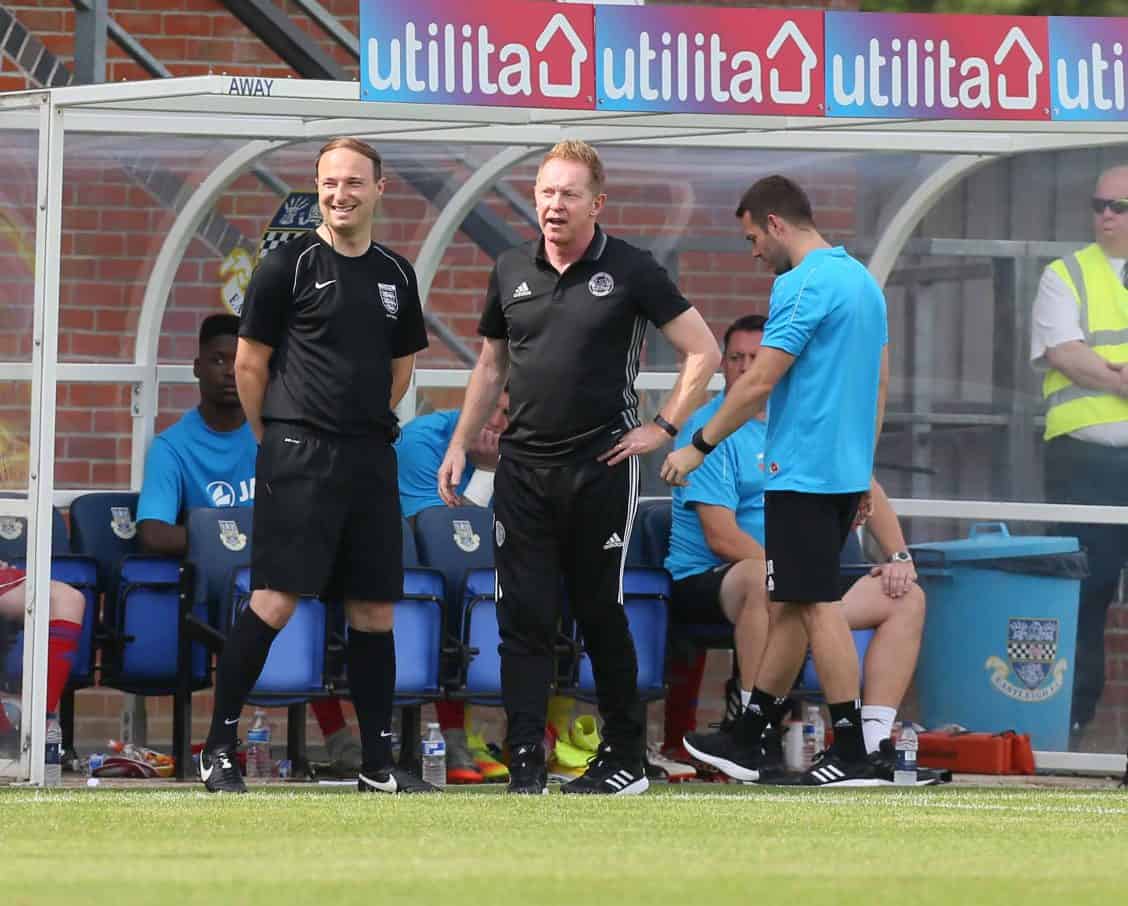 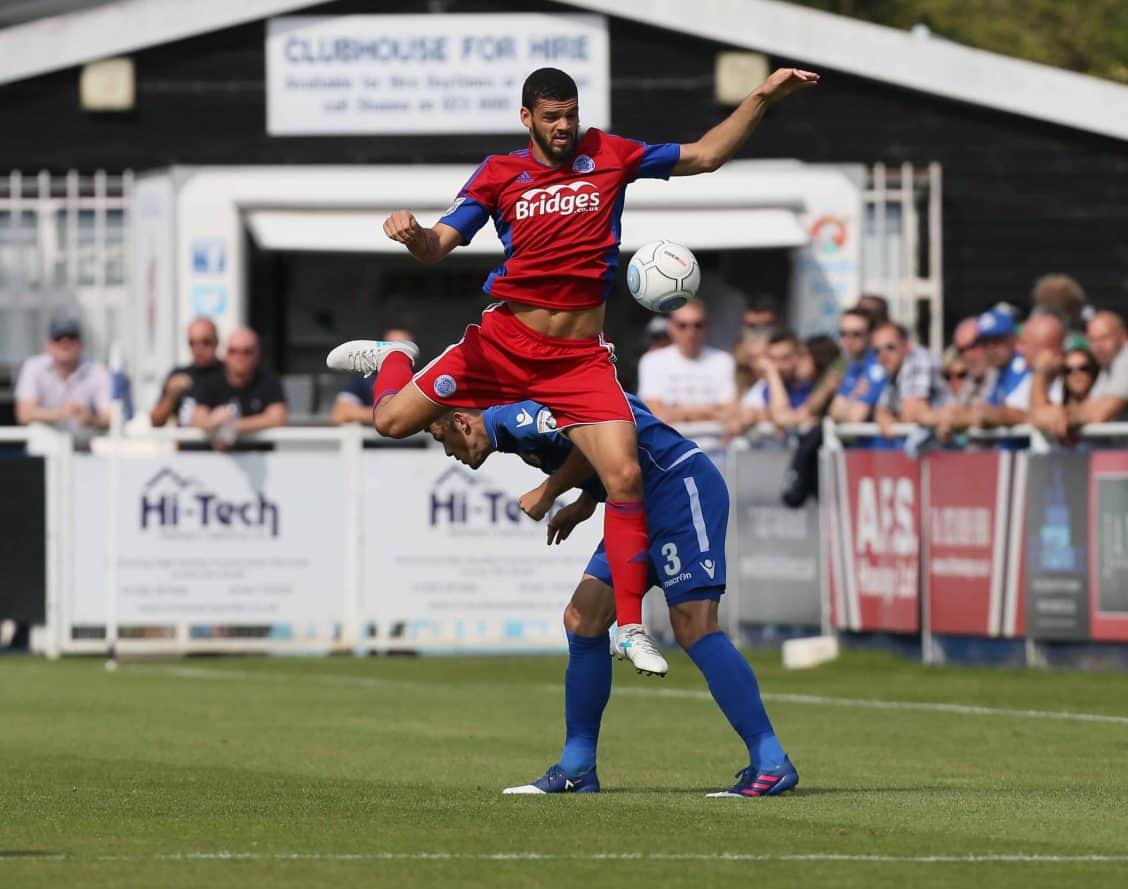 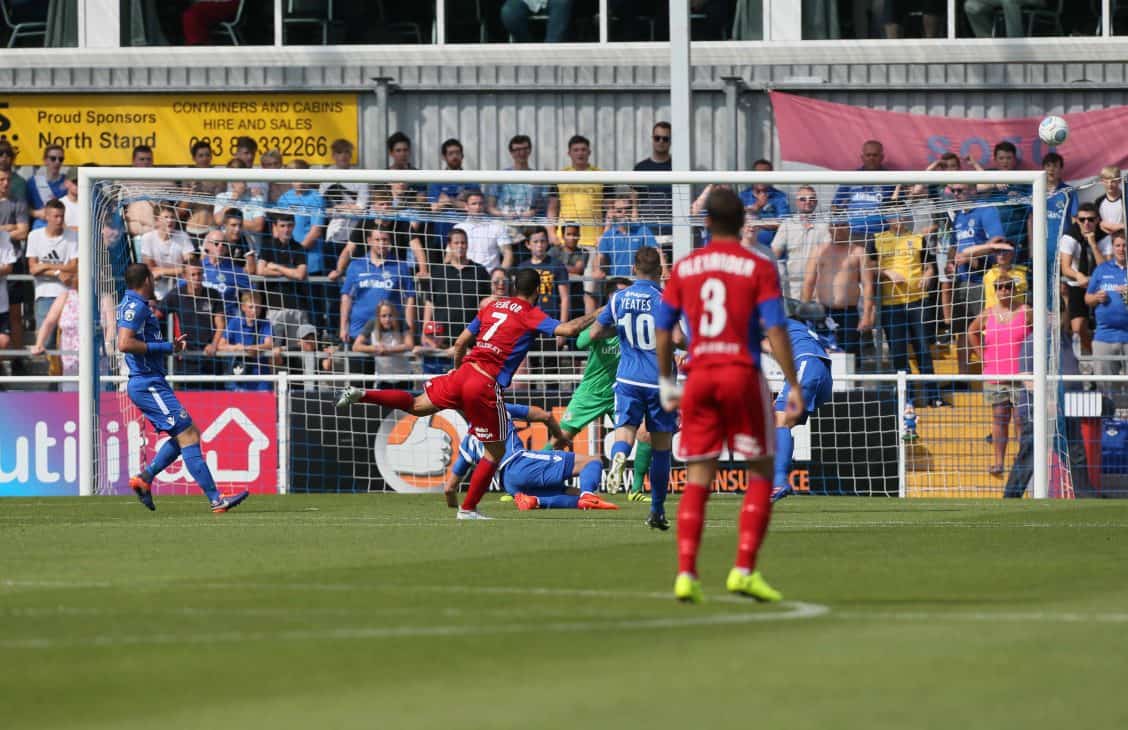 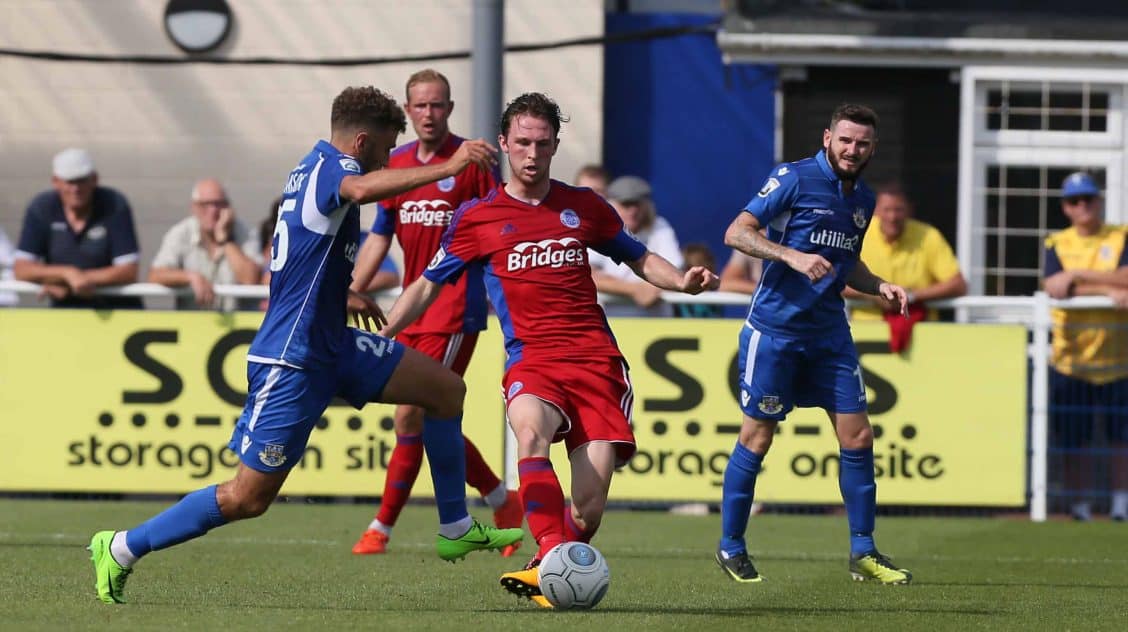 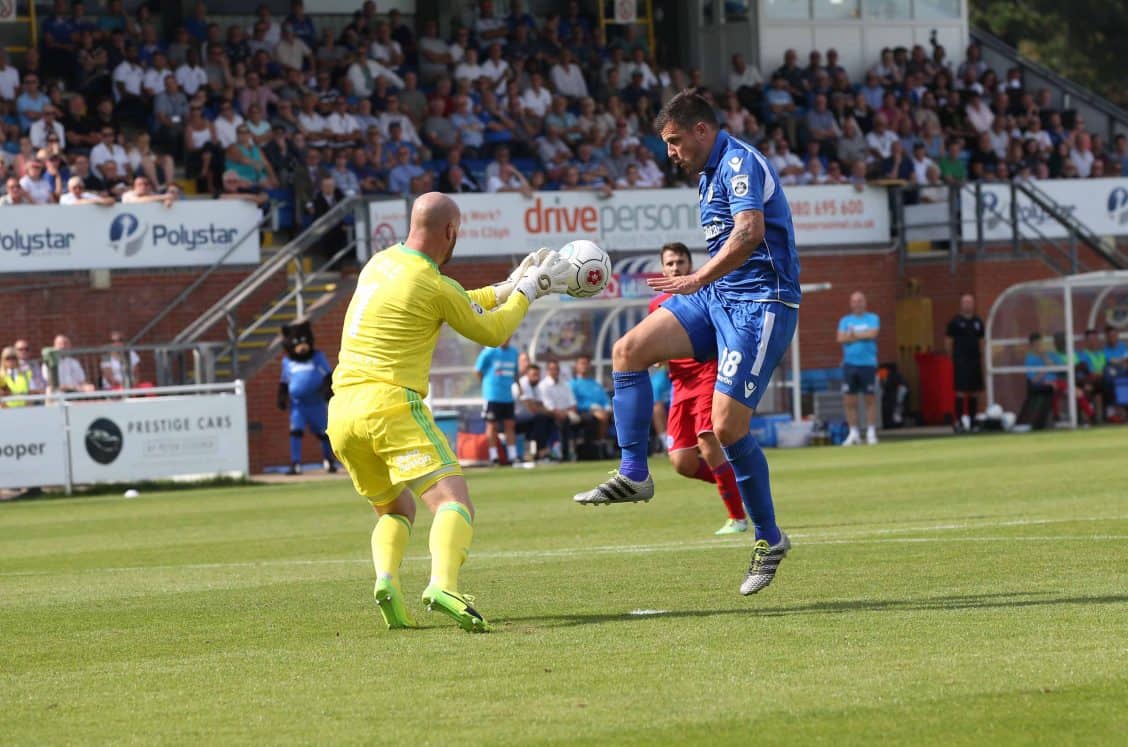 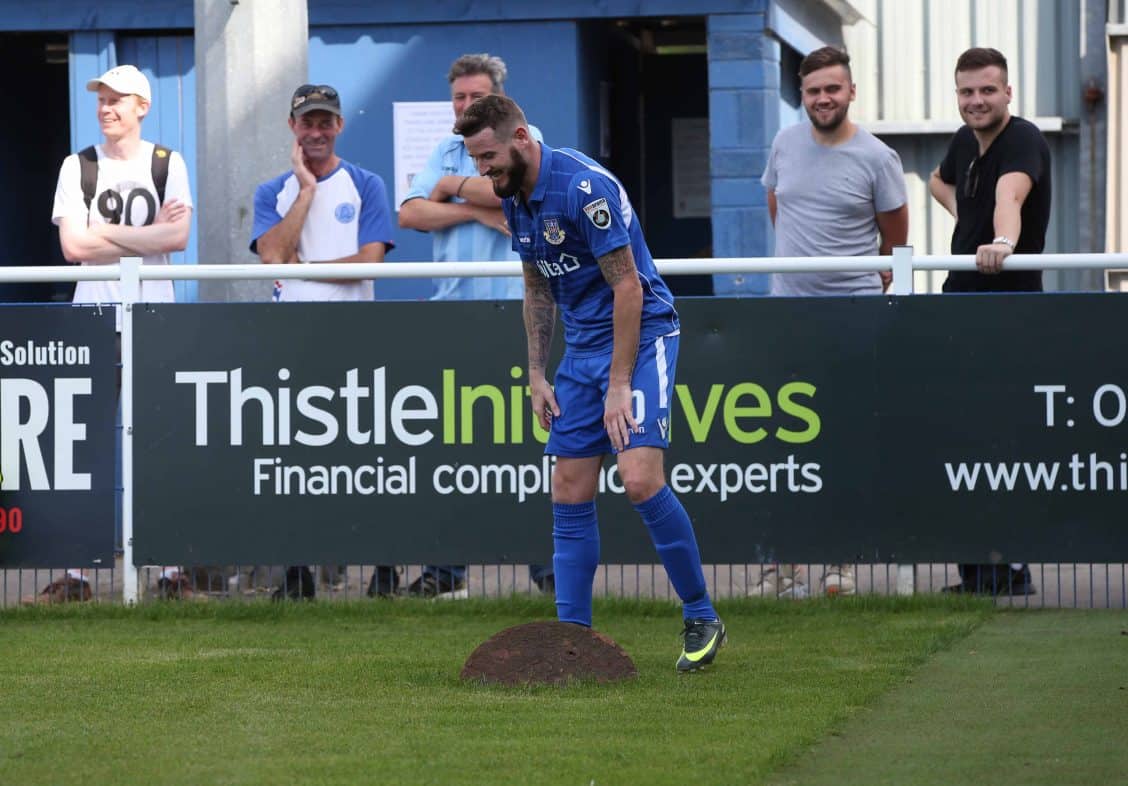