East Thurrock United earned a replay at the EBB Stadium on Monday night as The Shots dominated for long periods of the second-half but failed to find a winner.

Gary Waddock named an unchanged starting XI, and was able to bring new signing Kundai Benyu into the squad as a substitute.

The Shots made a confident start, with early chances for Mensah and Kanu and Anthony Straker’s cross-shot which was cleared ahead of Scott Rendell, but the hosts then enjoyed a crucial five-minute period in the ascendancy.

Harris’s lob over Mark Smith was hooked clear by Dion Conroy under pressure from Tom Wraight, who then scuffed his own shot wide from a half-cleared free-kick. Yet it was another free-kick, won by Walker on 22 minutes as he raced through on goal shoulder to shoulder with Will Evans, which broke the deadlock. From 19 yards, Sam Higgins lashed a shot through a fragmented wall which took a crucial deflection on its way past Mark Smith’s fingertips.

The Shots, though, responded well and were level within five minutes themselves. Kanu worked well down the left and crossed low into the box, where Mensah reacted first to drill a shot inside the near-post from 10 yards.

Fenelon hooked a volley wide, Lidakevicius smothered Kellermann’s shot and Alexander also went close as The Shots ended the half on top. That momentum continued after the break, with Kanu instrumental, and he could have put the visitors ahead with a lob over Lidakevicius which was cleared off the line. On the hour Fenelon’s cross was touched on by Rendell and Kanu, sliding in just a yard or two out, was inches away from converting.

Briefly Thurrock counter-attacked but it was Conroy with the next genuine opportunity, lashing a 30-yard free-kick across goal which the goalkeeper parried well. Lidakevicius then produced a fine double save, to repel McClure’s drive and Rendell’s follow-up, on 71 minutes, but even though The Shots continued to press that was the final real chance of forcing a winner. 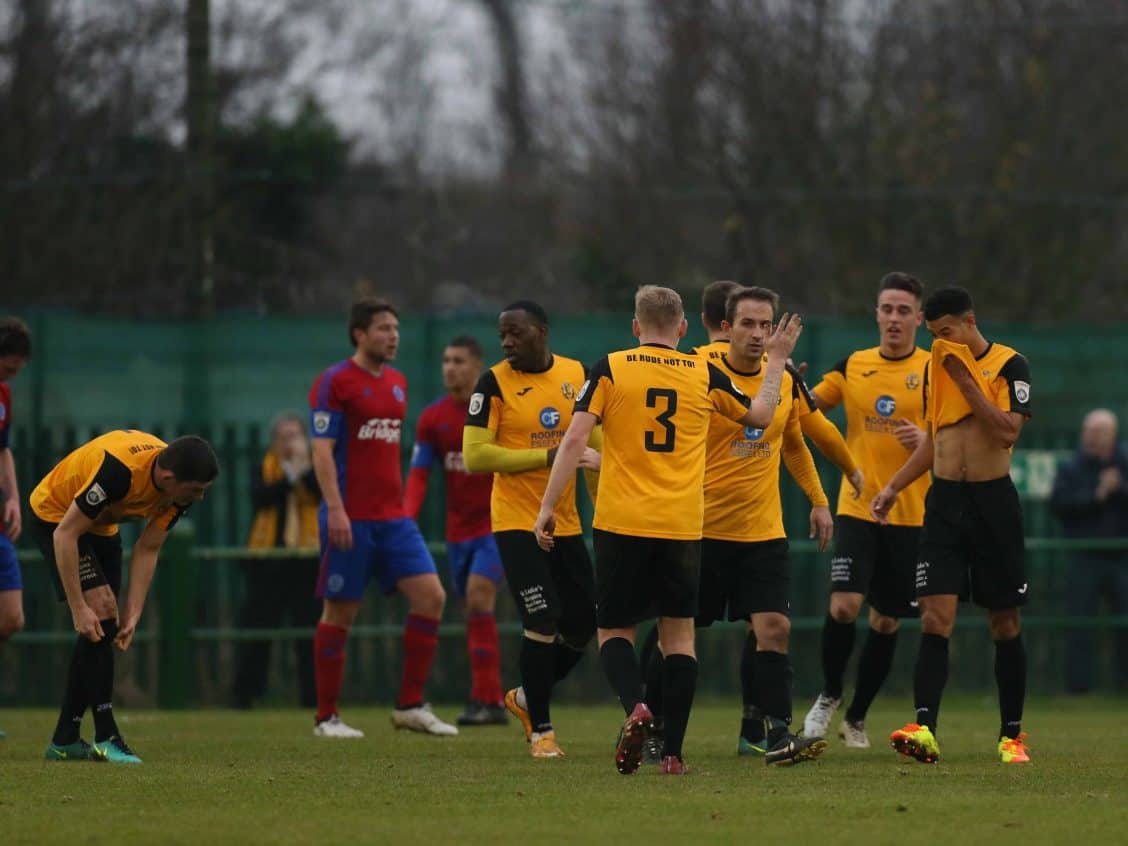 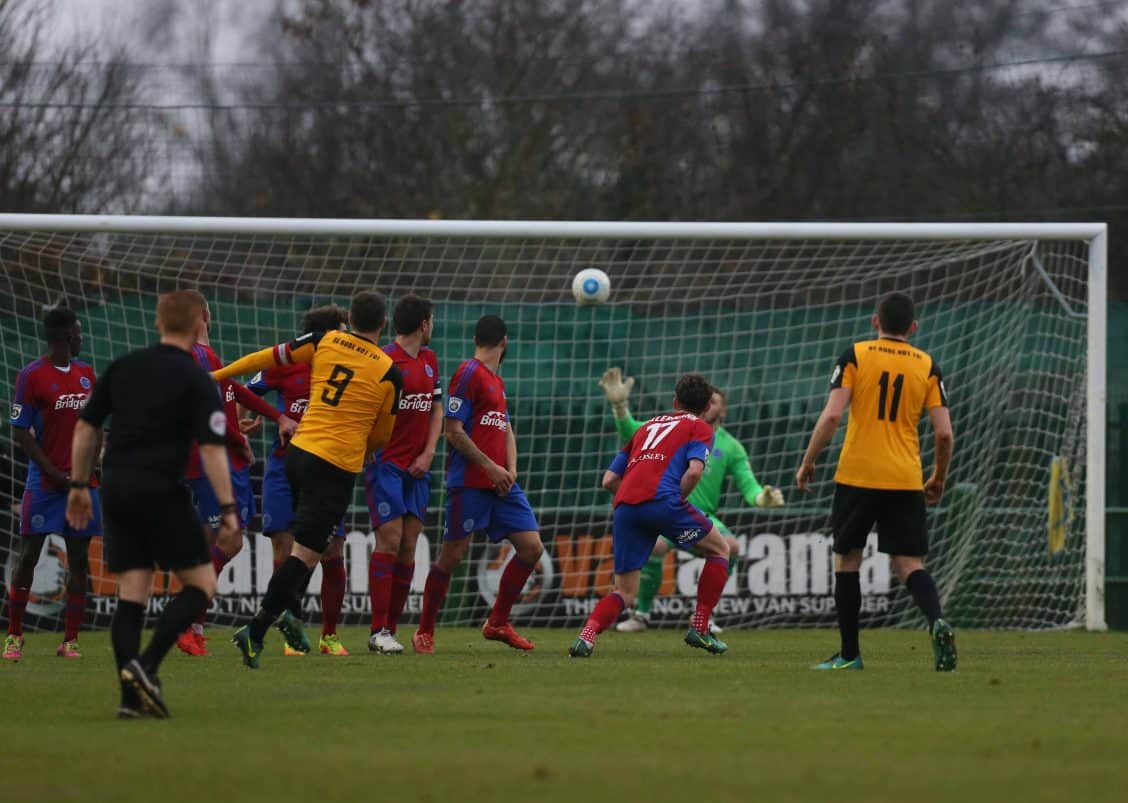 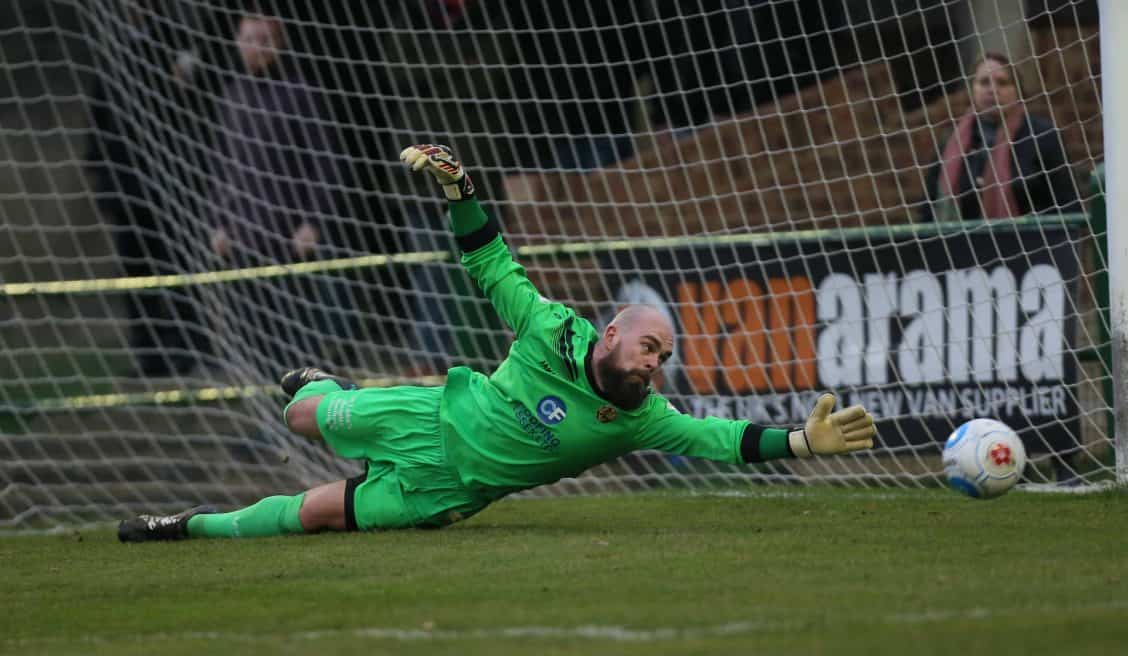 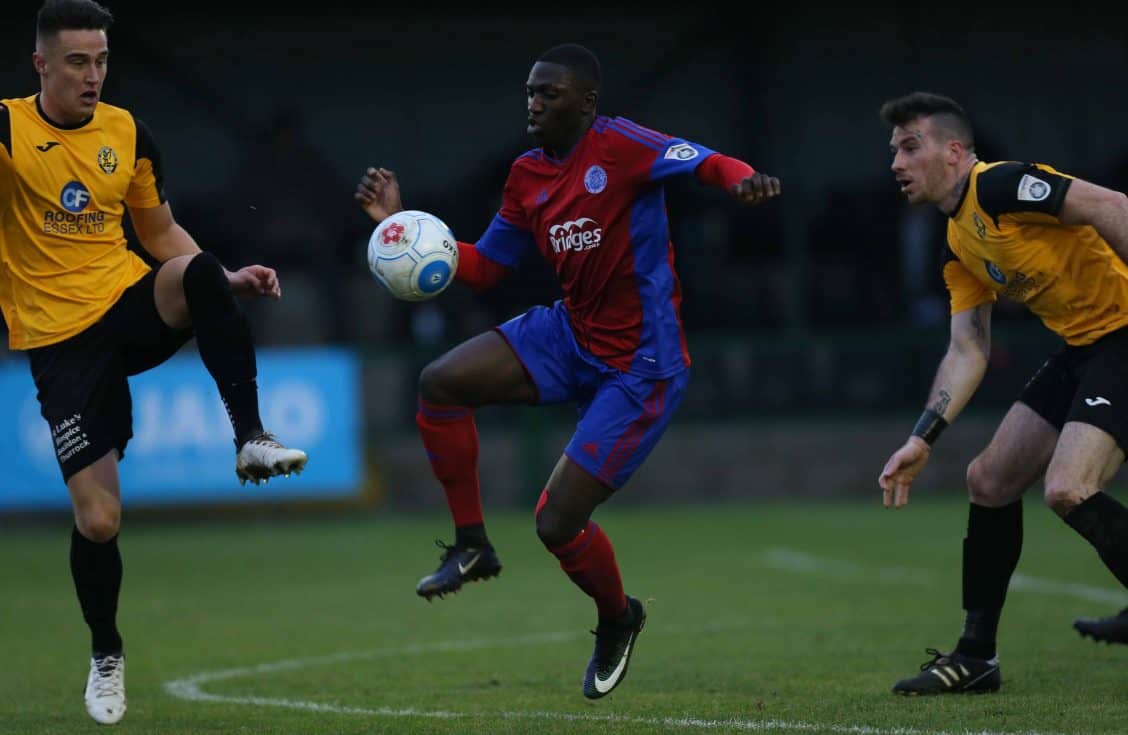 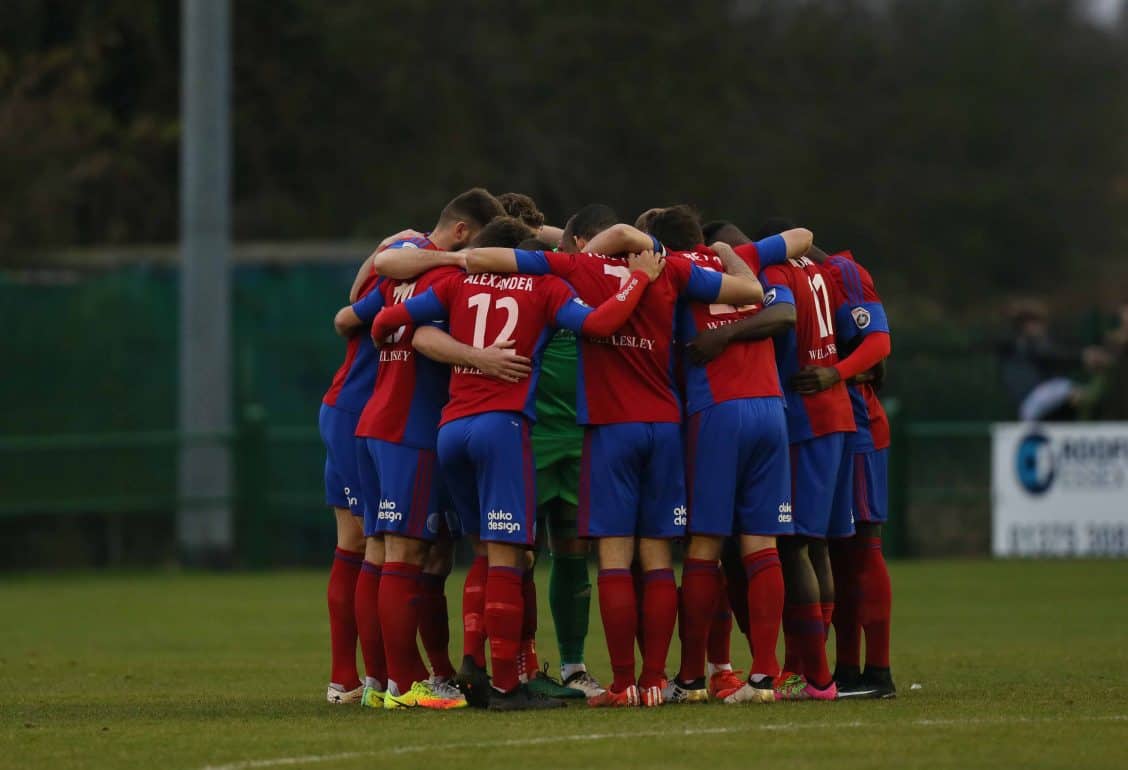 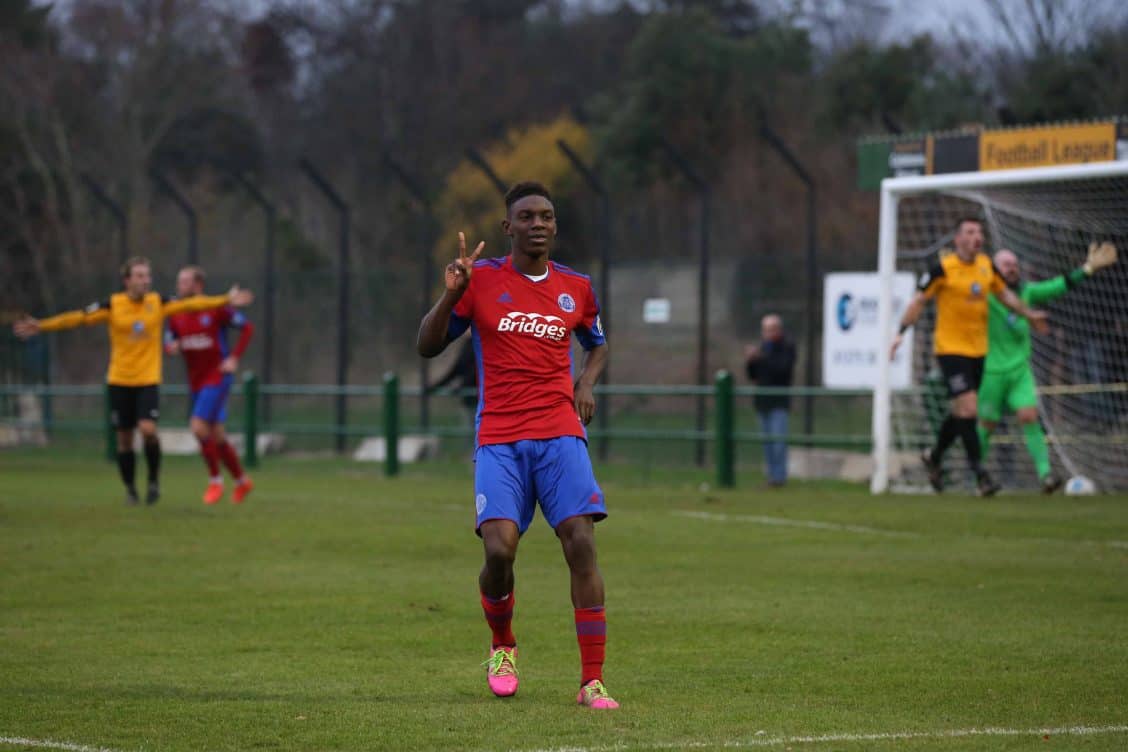 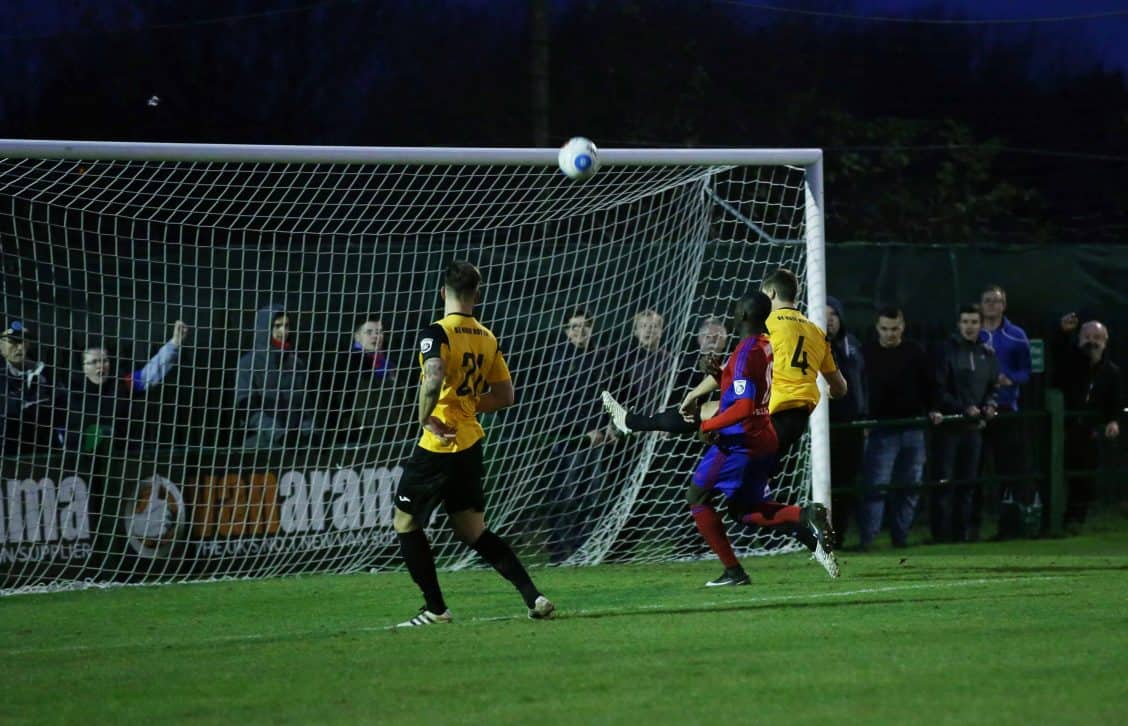 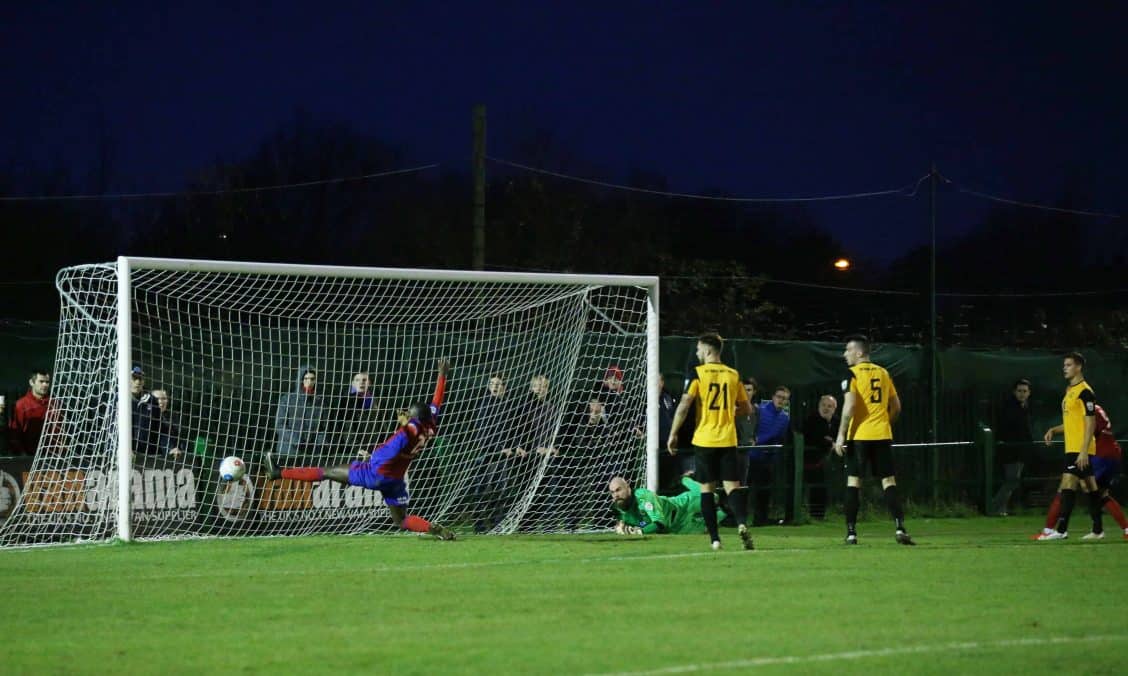 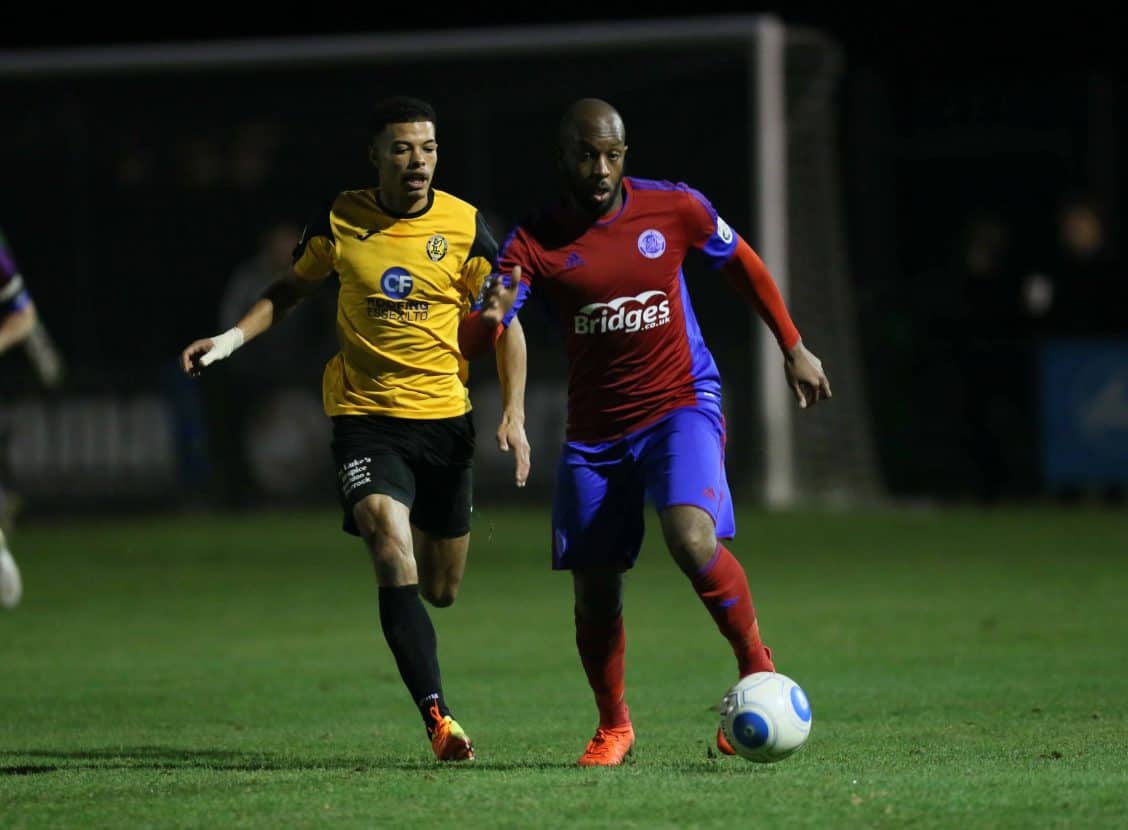 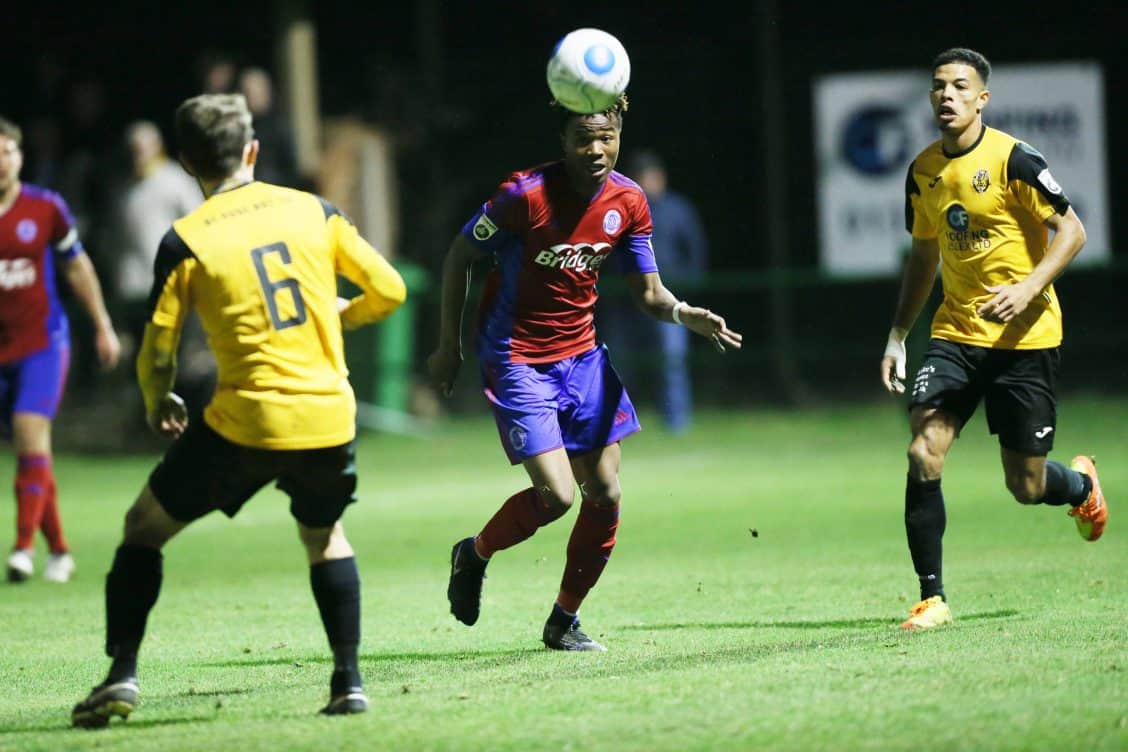 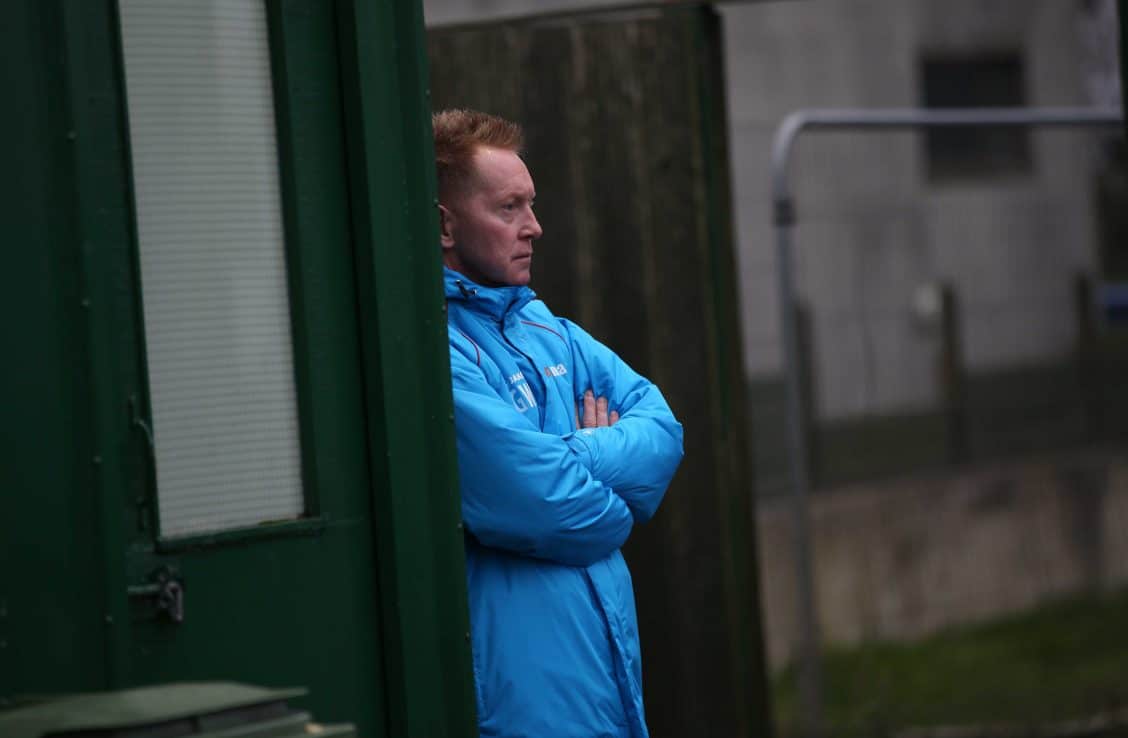