Aldershot Town secured their second win of 2018 after Nicke Kabamba scored a winner within seven minutes of his Shots debut.

In pouncing on another error from Dover keeper Mitch Walker, Kabamba illustrated why Gary Waddock this week signed him on loan from Portsmouth until the end of the season.

Both sides made a reasonably slow start, with The Shots content to hold possession within a back four augmented by a second debutant, Lewis Kinsella.

Gallifuoco’s shot brought a routine save from Lewis Ward, before he tipped an offside Manny Parry’s flick over the crossbar. In response, Kellermann hit a 22-yard shot wide but the majority of the chances continued to fall to the home side. Parry’s powerful header was straight at Ward, and Brundle’s shot was deflected wide. Mensah and Evans then had efforts blocked, before Ryan Bird had two half-chances in the same 35th-minute move: from Pinnock’s long throw, his shot on the turn was blocked by Rendell, and his header looped over the bar.

On 40 minutes, Fenelon darted in behind the Dover defence to meet Mensah’s superbly incisive pass only for his shot to be stabbed wide with only Walker to beat, but that moment belatedly sparked the game into life.

On 44 minutes, Kinsella was brought down by Kane Richards on the edge of the box and, as Cheye Alexander floated the free-kick towards the far-post, Mitch Walker appeared to make a comfortable catch. However, before he landed the ball had become loose and Kellermann slotted it into the back of the net.

Seconds later, Dover were level. Bernard Mensah’s tackle gave Pinnock a free kick which he curled into the box for Manny Parry to glance a header past Ward from six yards.

Ward again denied Gallifuoco on 47 minutes, tipping his powerful header over the bar

Dover continued to create sporadic half-chances, only to find the Shots’ defence in resolute mood, and Fowler’s sliding tackle snuffed out any danger from Brundle’ shot.

Kabamba’s strength and hard running immediately made a difference after his 60th-minute introduction, and he took full advantage of Walker’s second crucial mistake. Kinsella hit a long pass out of defence to send Kellermann breaking forward to cross low into the six yard-box. The goalkeeper spilled the ball at the feet of Kabamba and he finished well.

The visitors would still have added a third, though, as Taylor launched a counter-attack and Kabamba’s touch to Kellermann invited Mensah to shoot. His effort beat Walker but Nortey had tracked back well to clear it off the line.

Ending the game with more committed defending, The Shots inflicted a first defeat in seven games on The Whites, and are themselves now unbeaten in five games as they strive to bridge the gap to leaders Macclesfield Town. Nonetheless, the push for promotion is ready and raring to go. 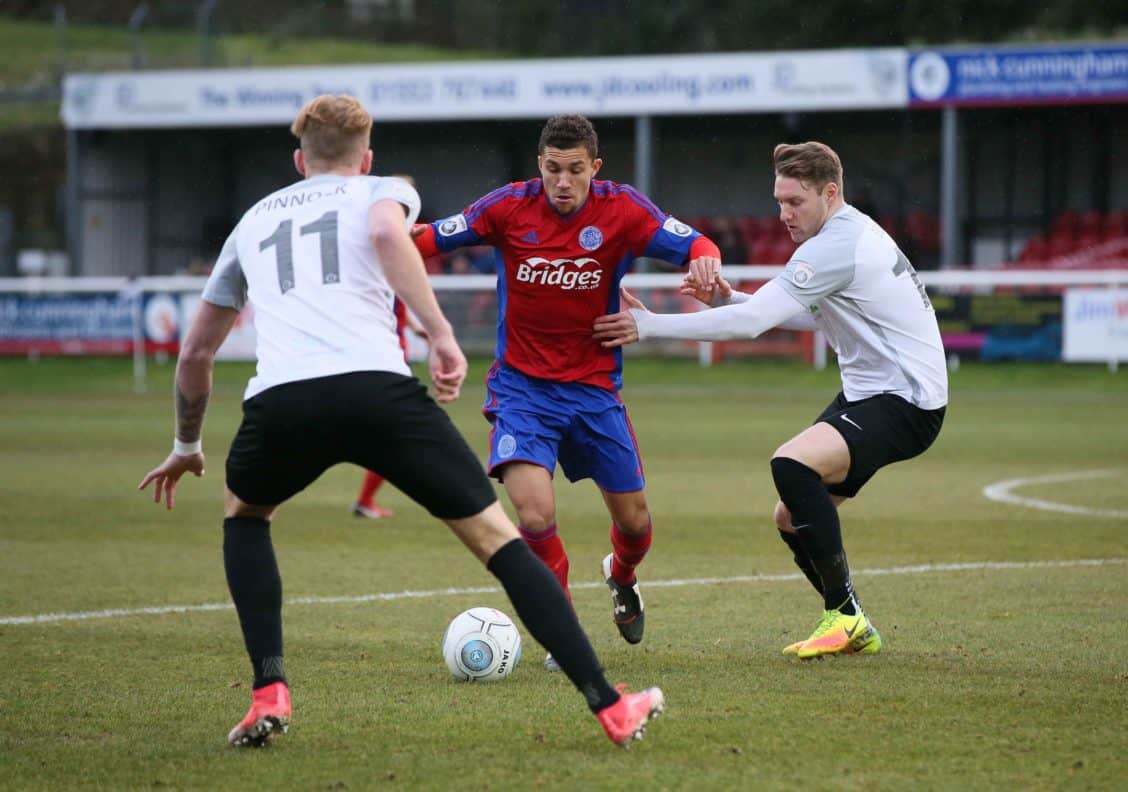 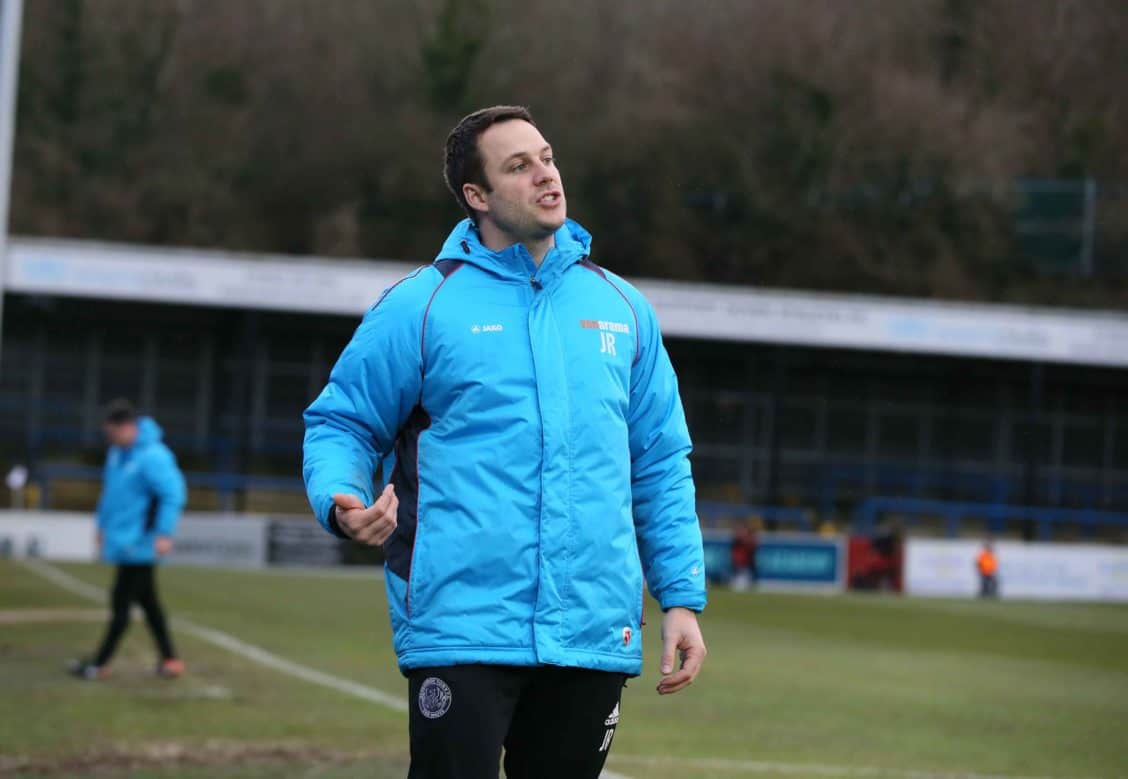 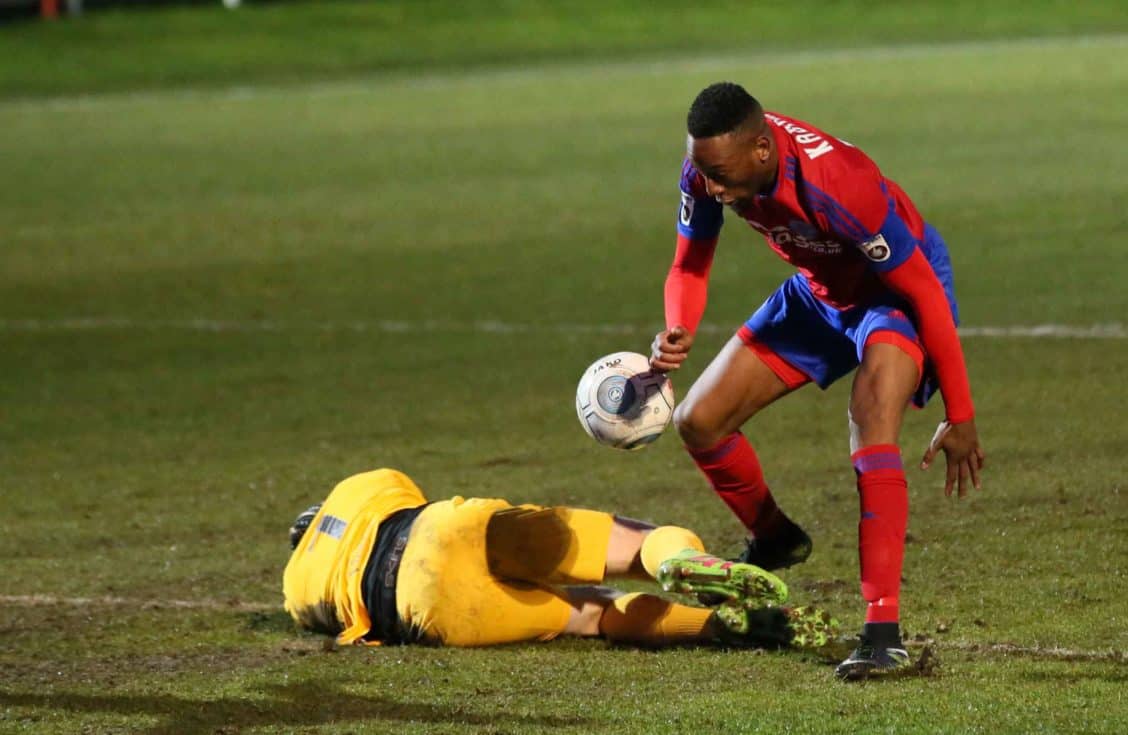 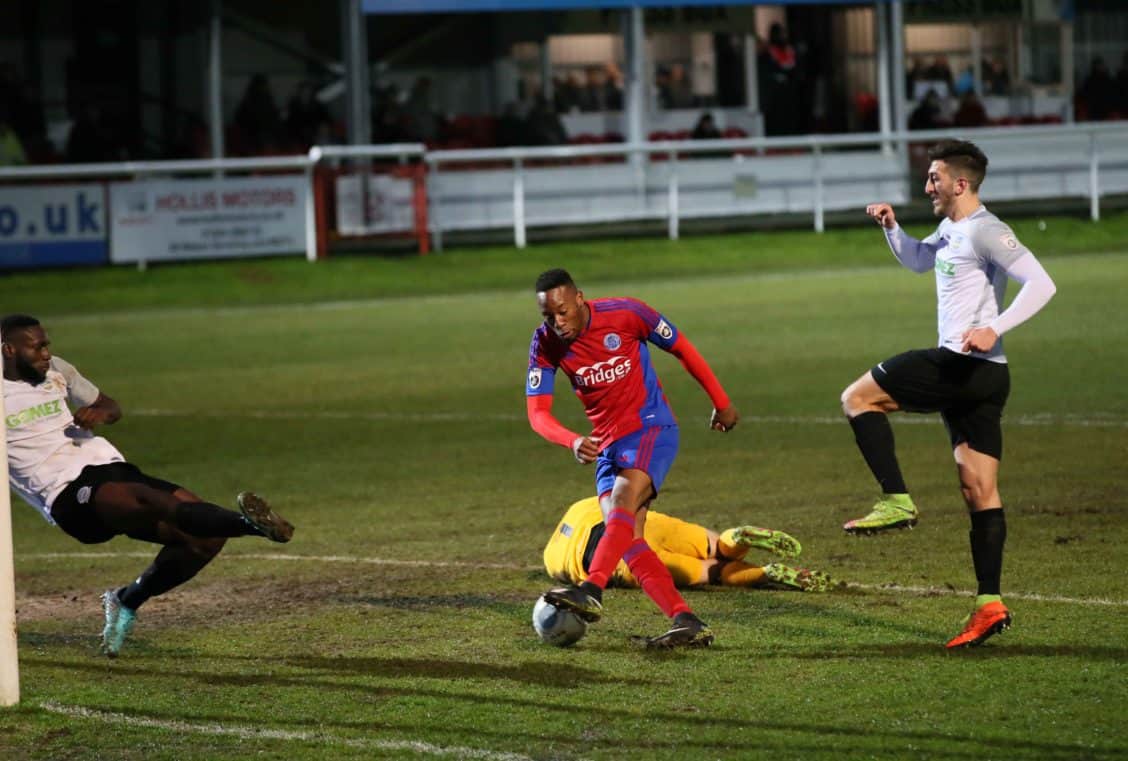 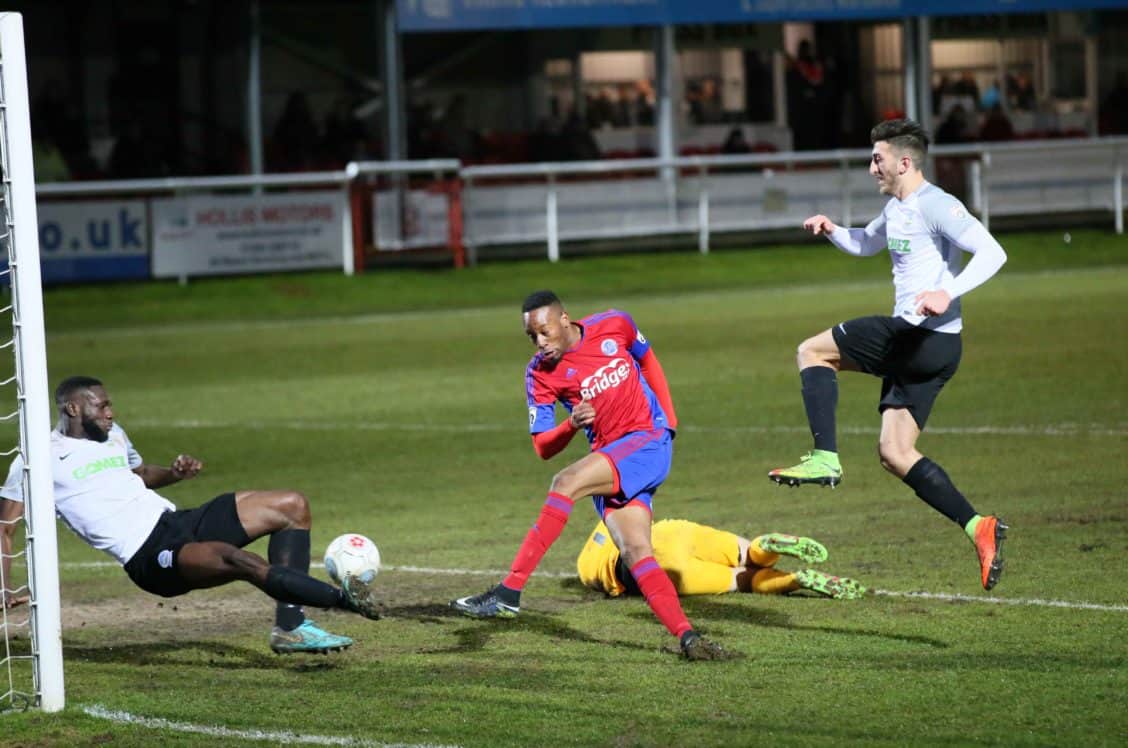 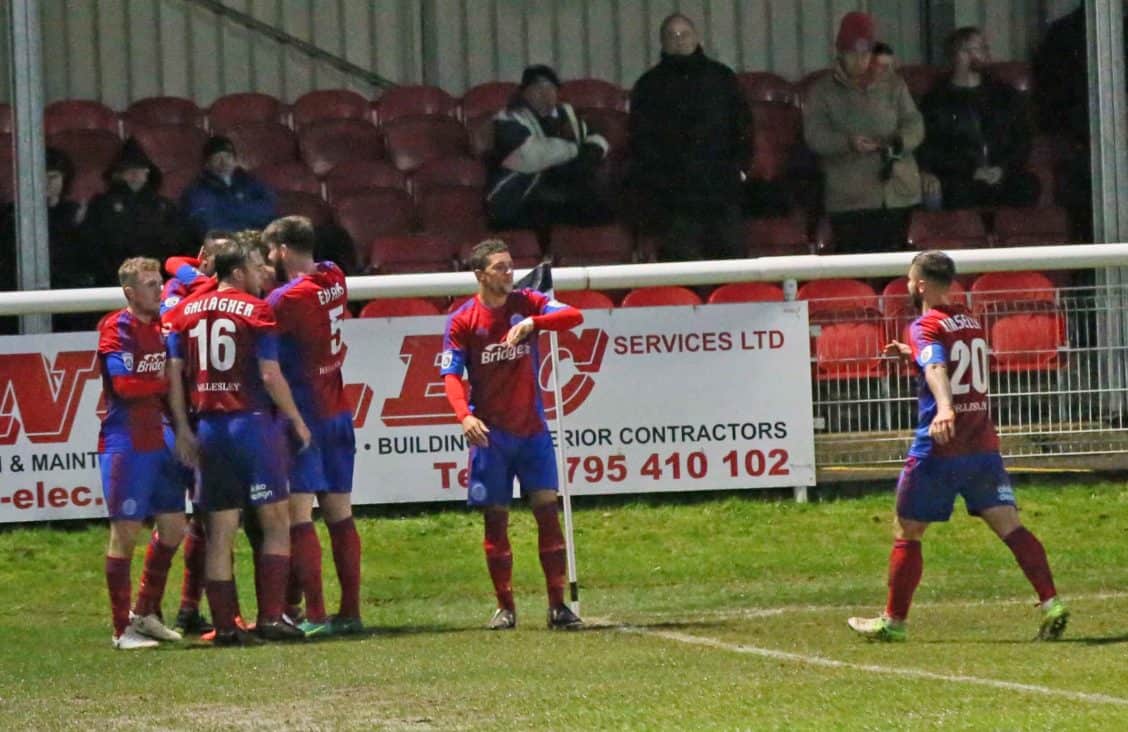 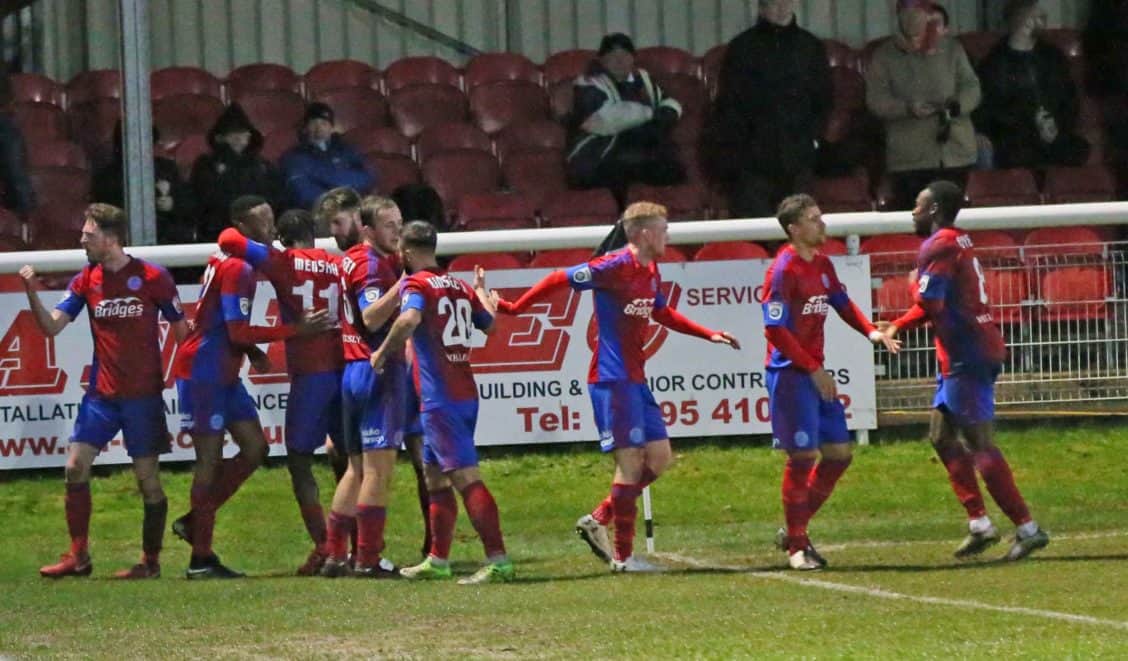 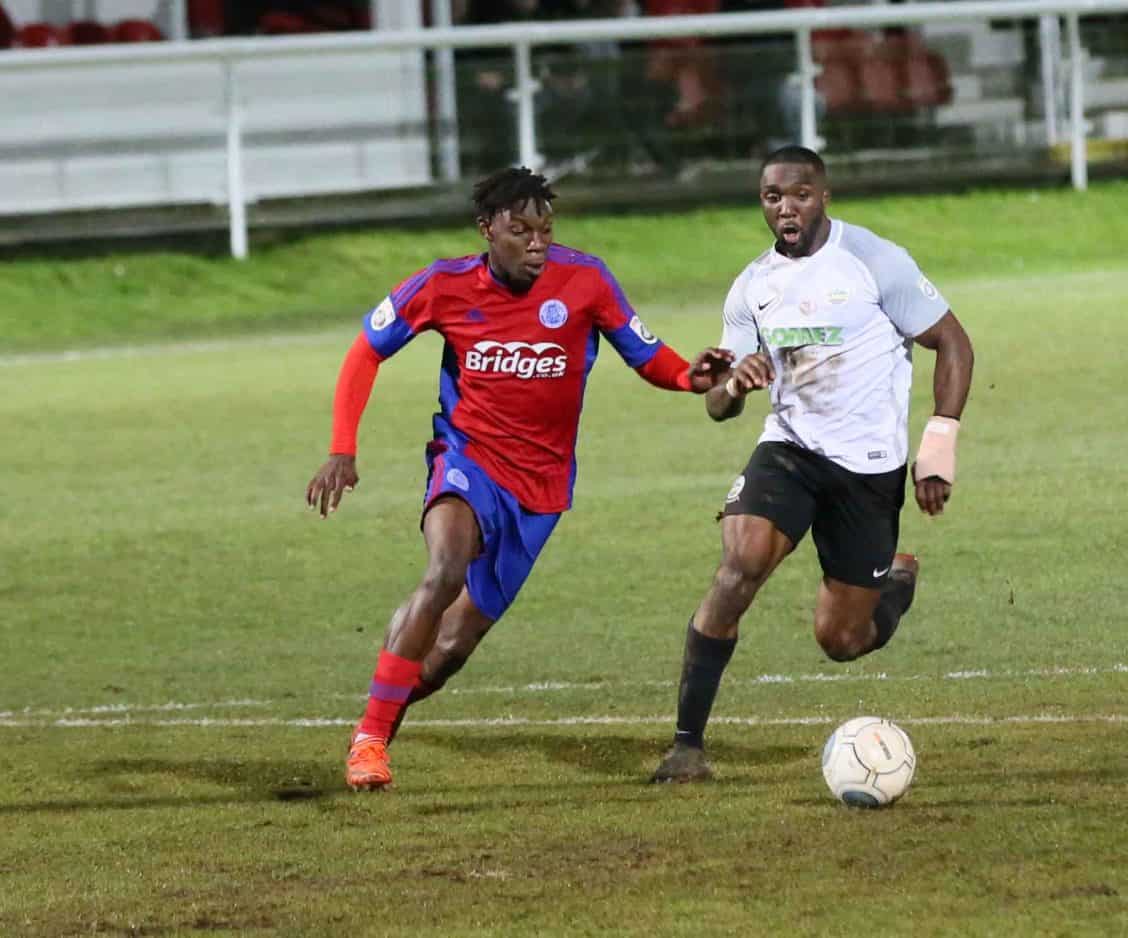 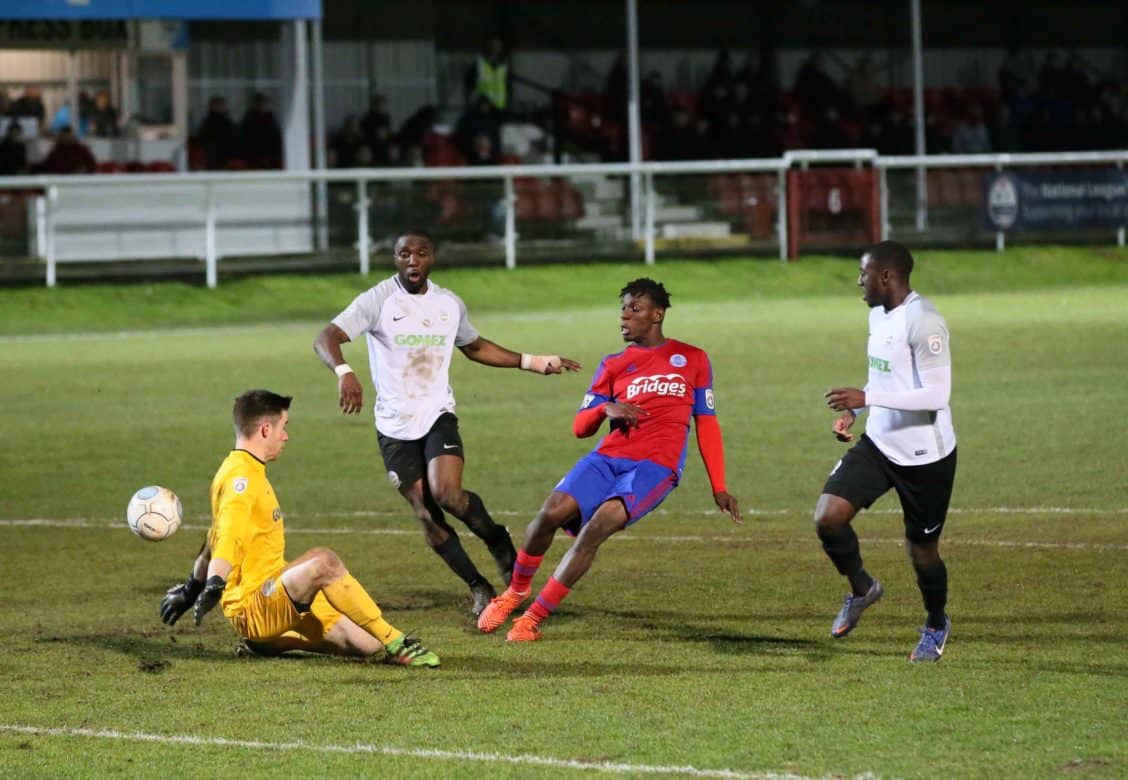 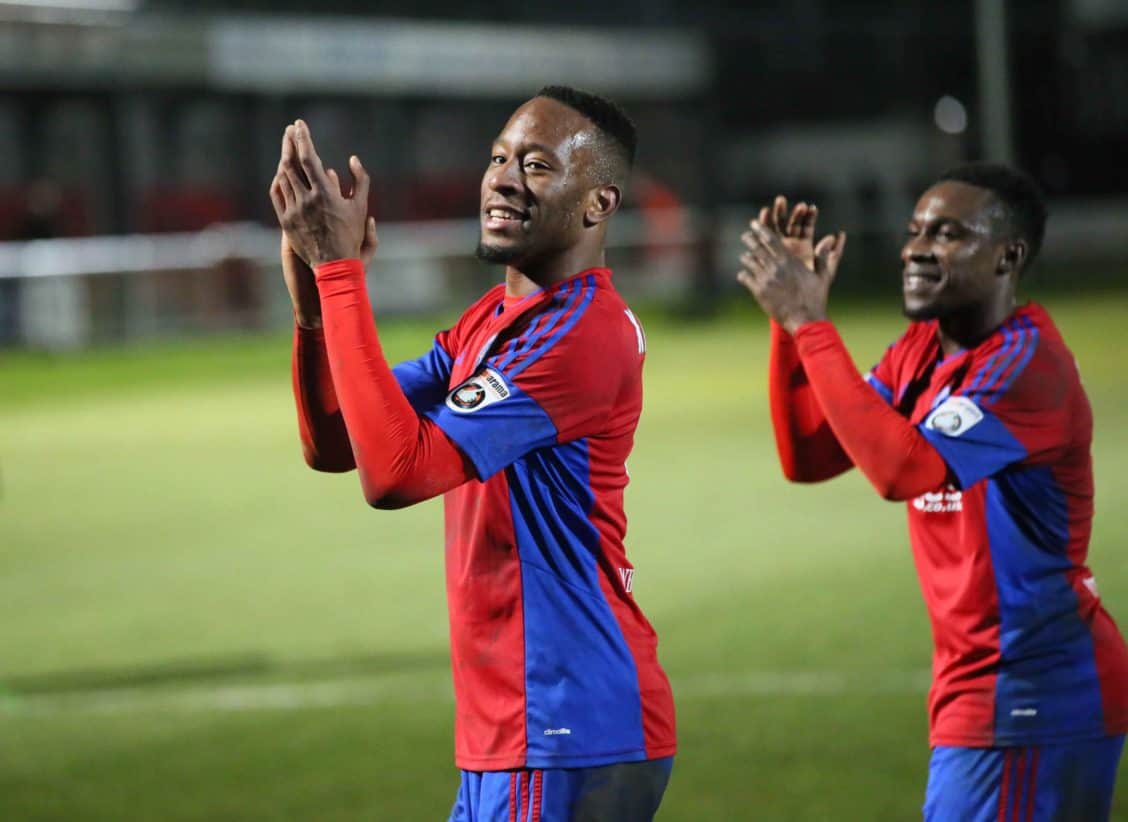 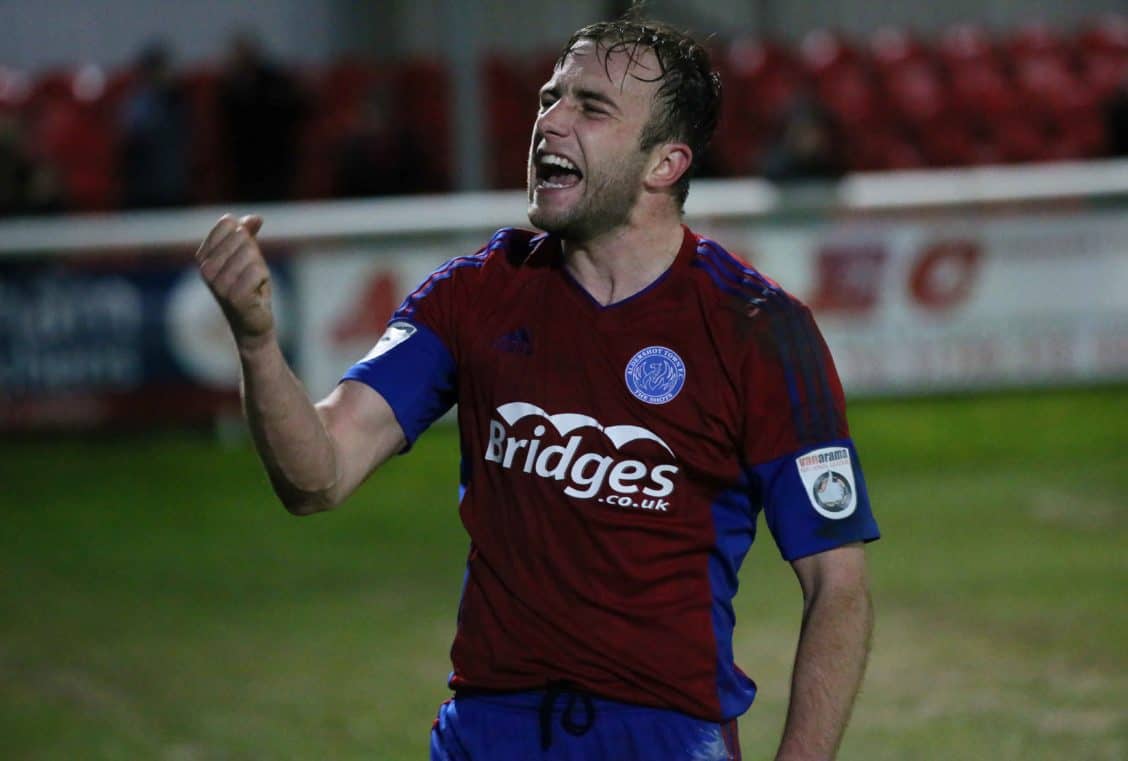 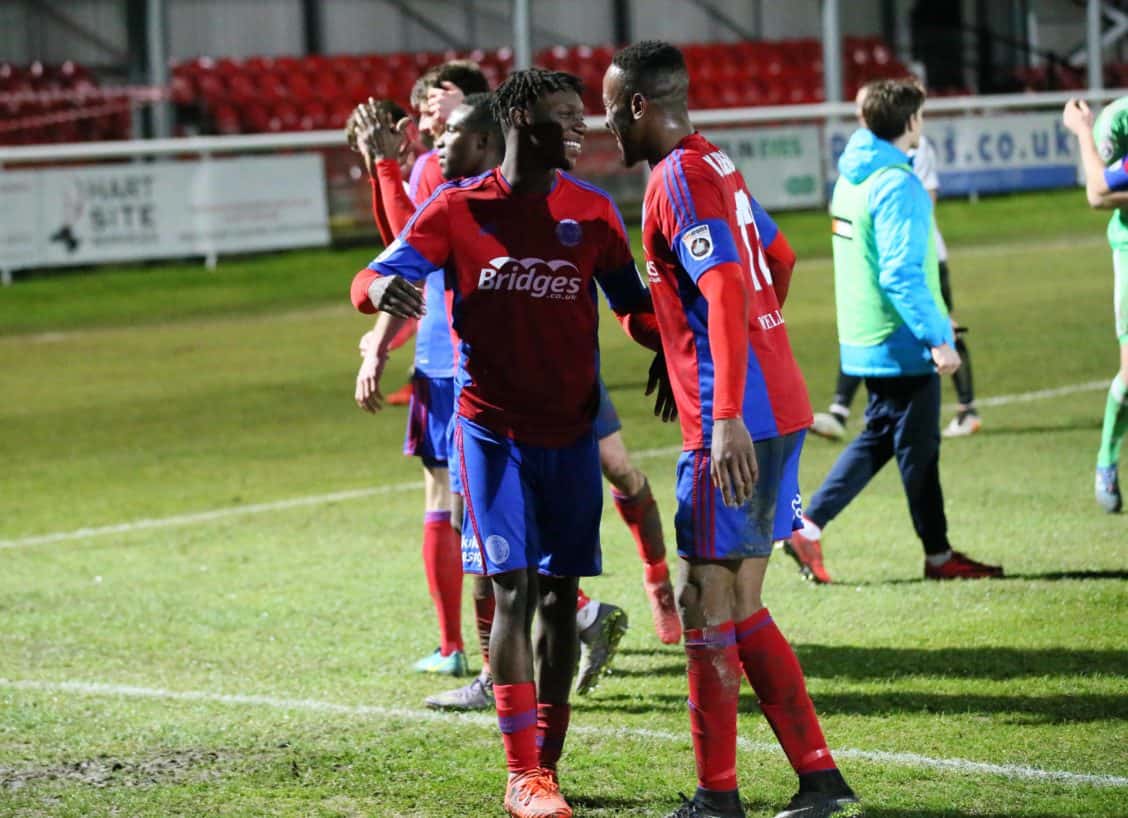 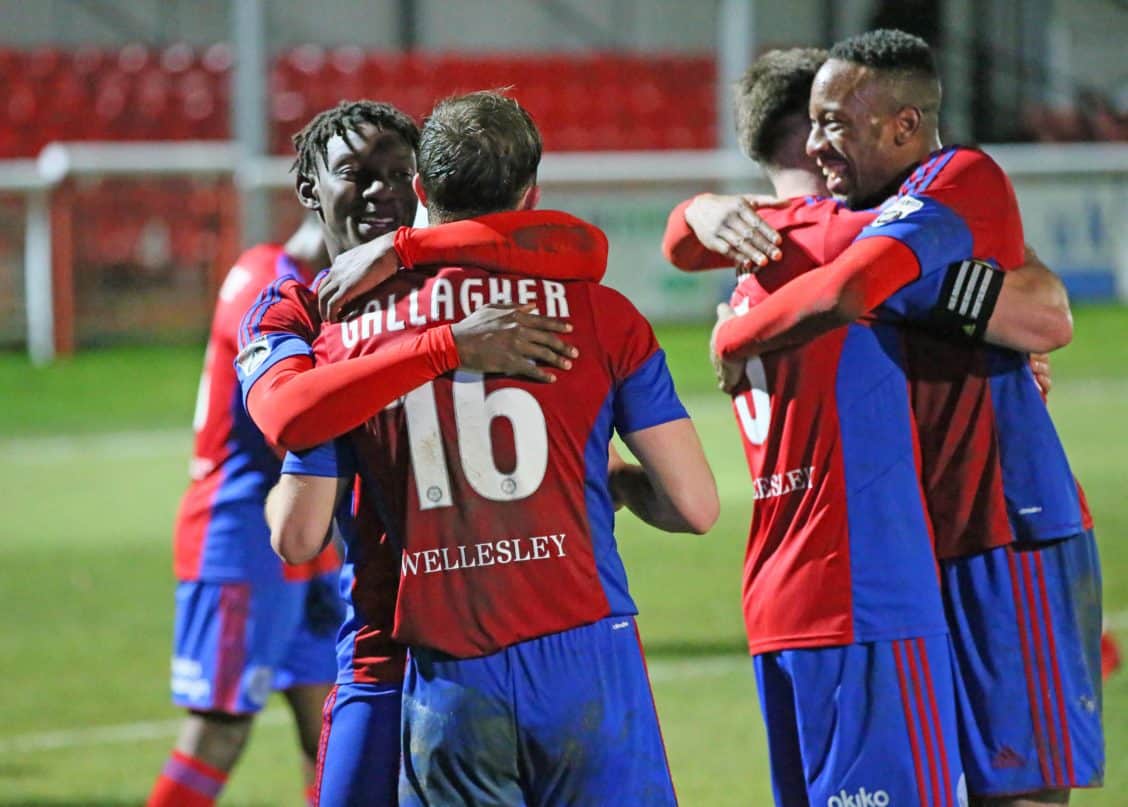 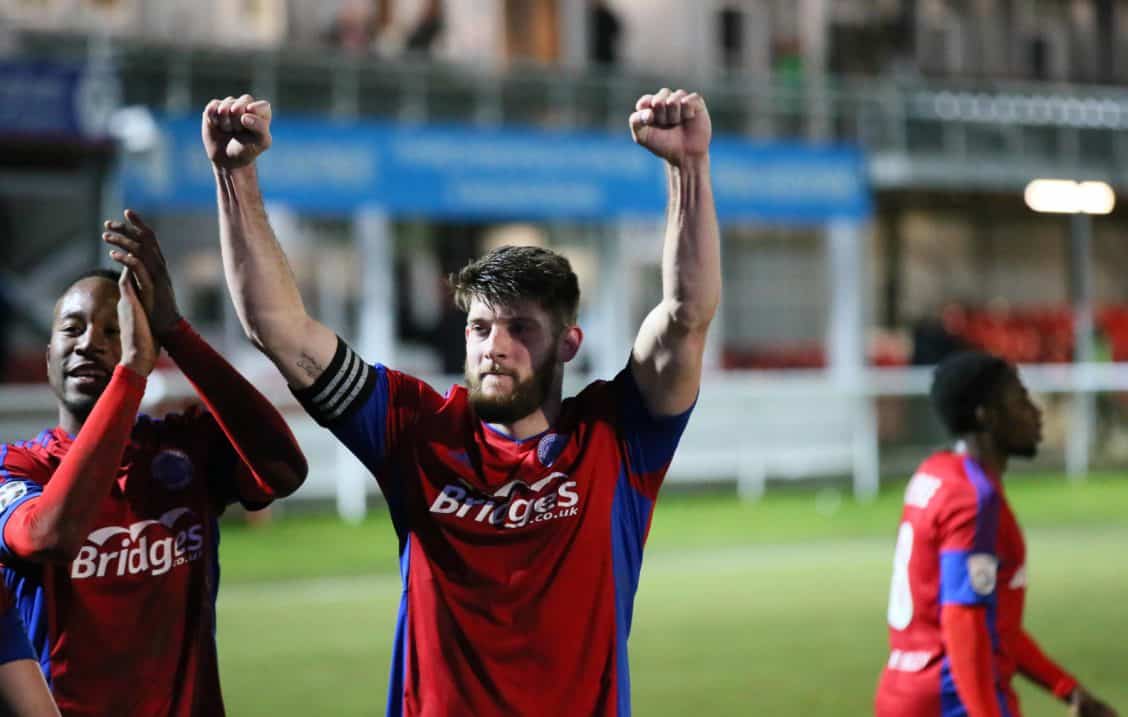 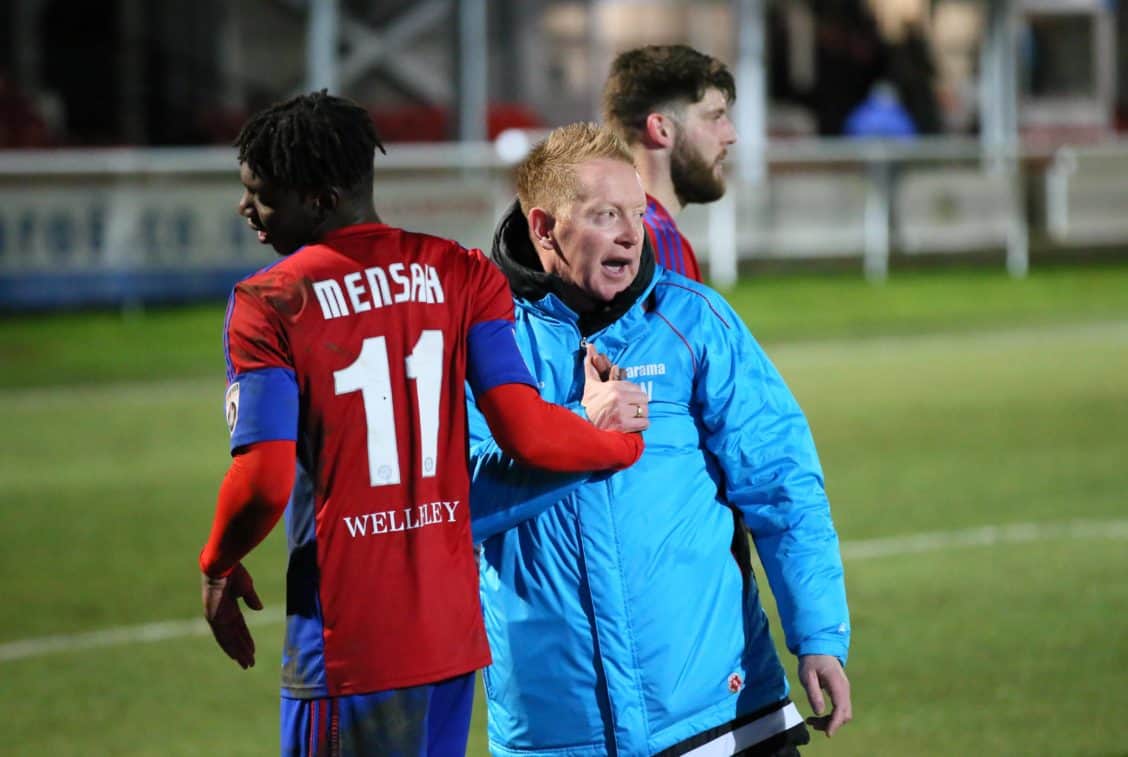 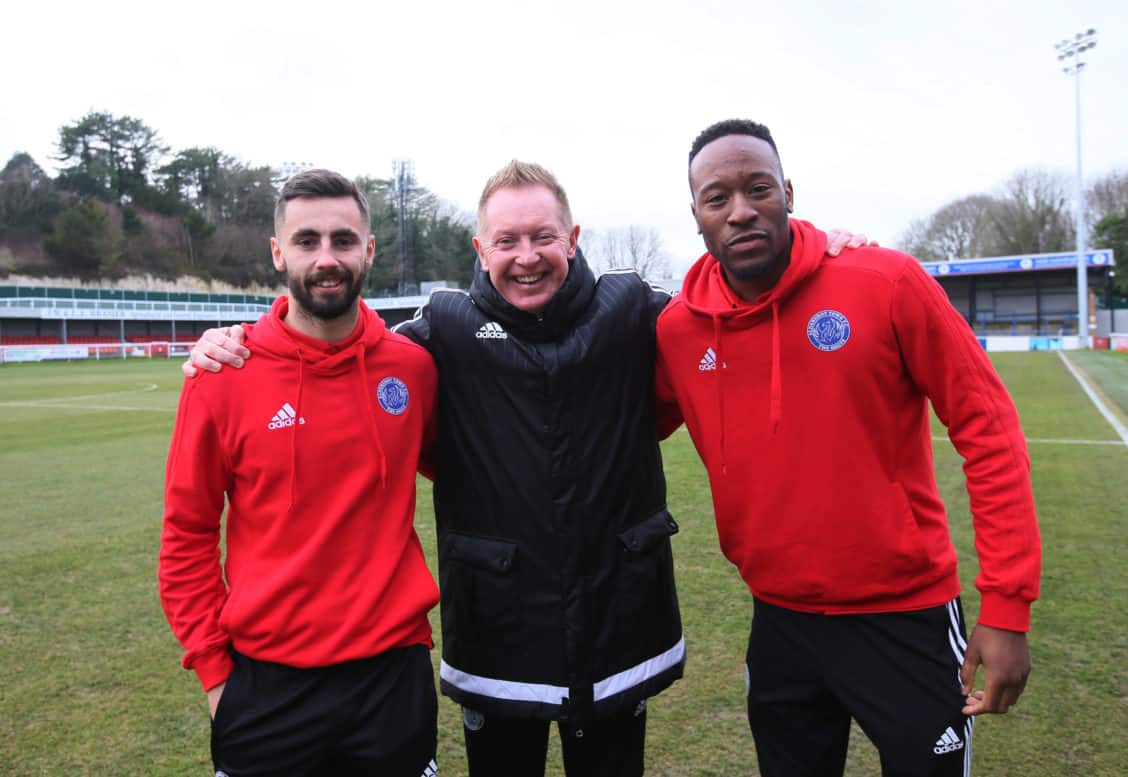 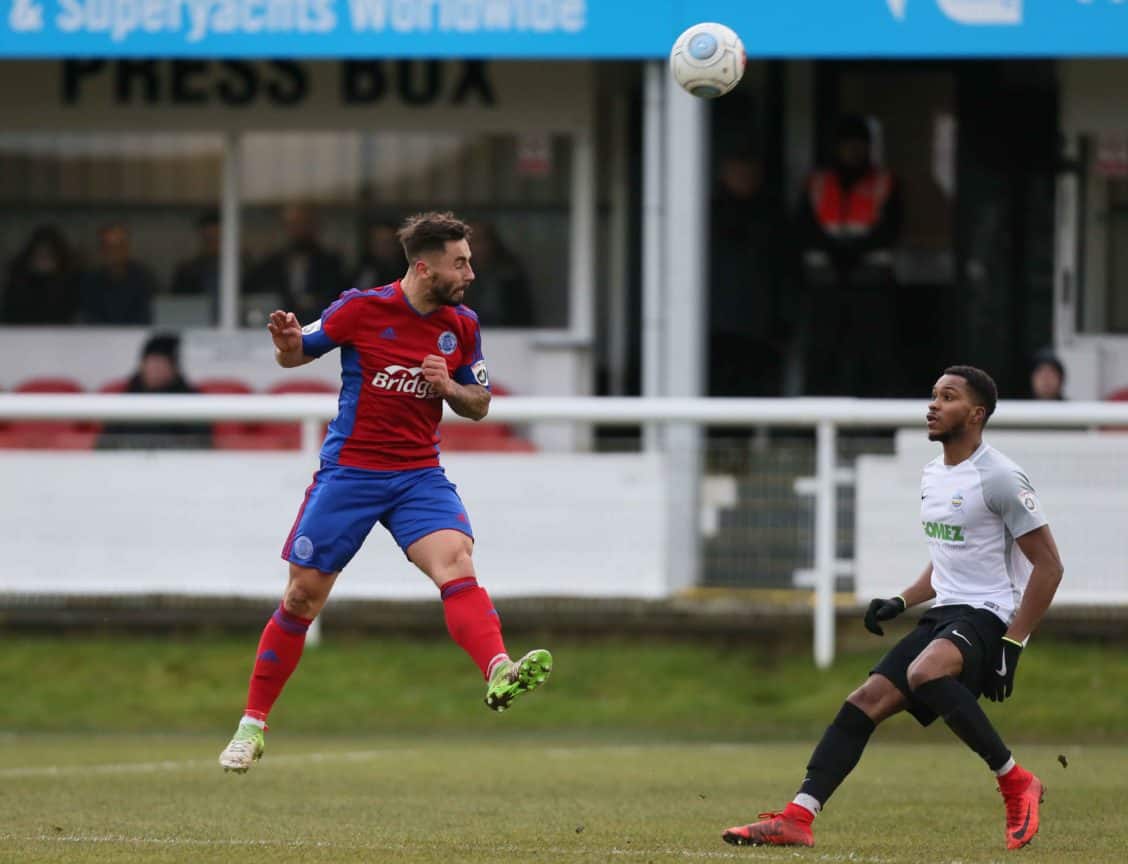 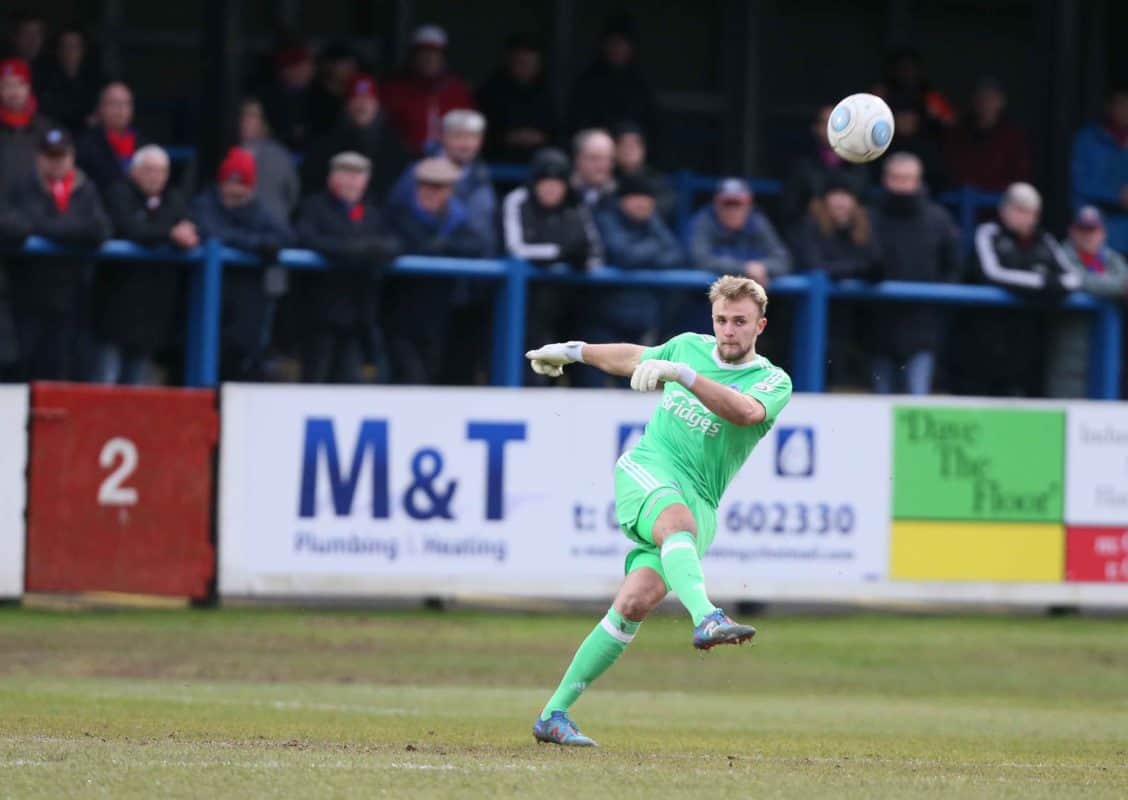 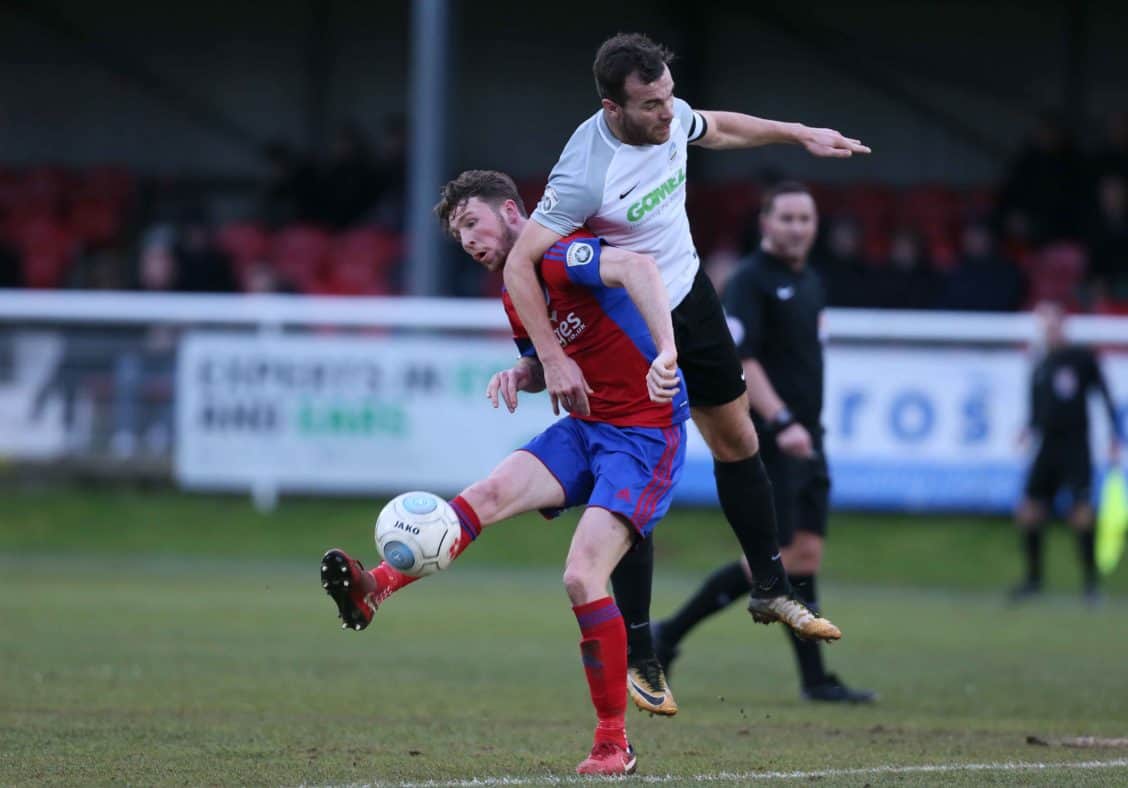 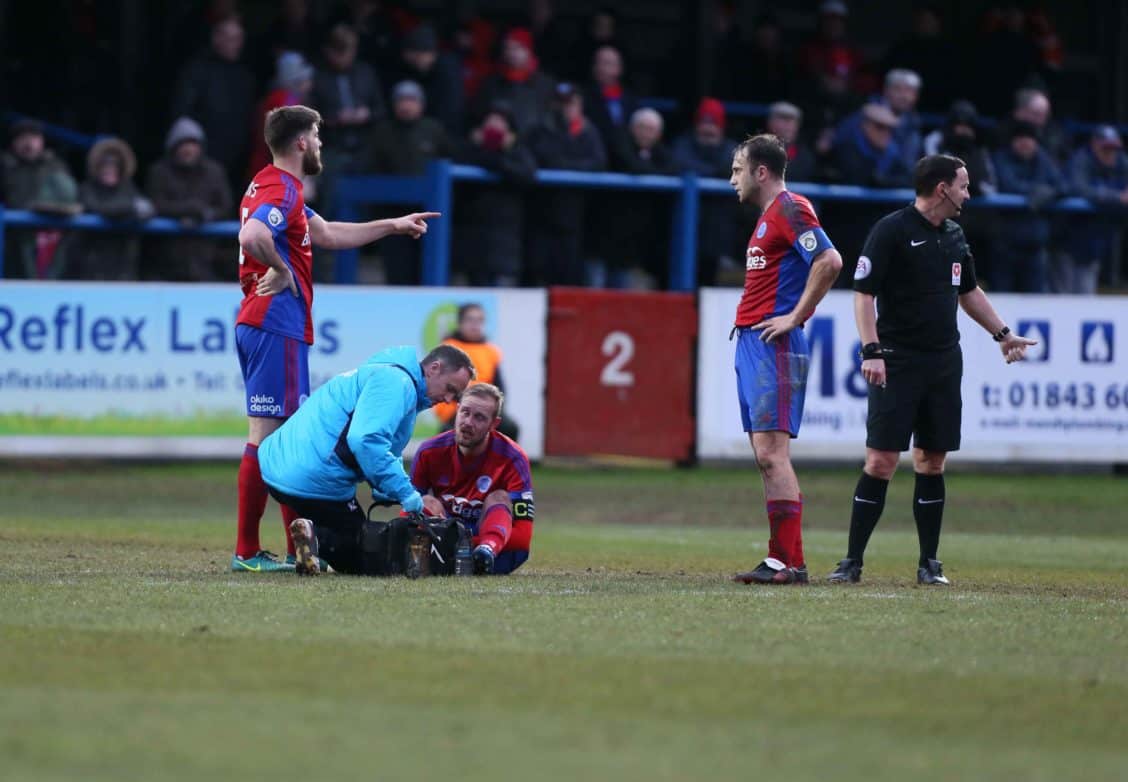 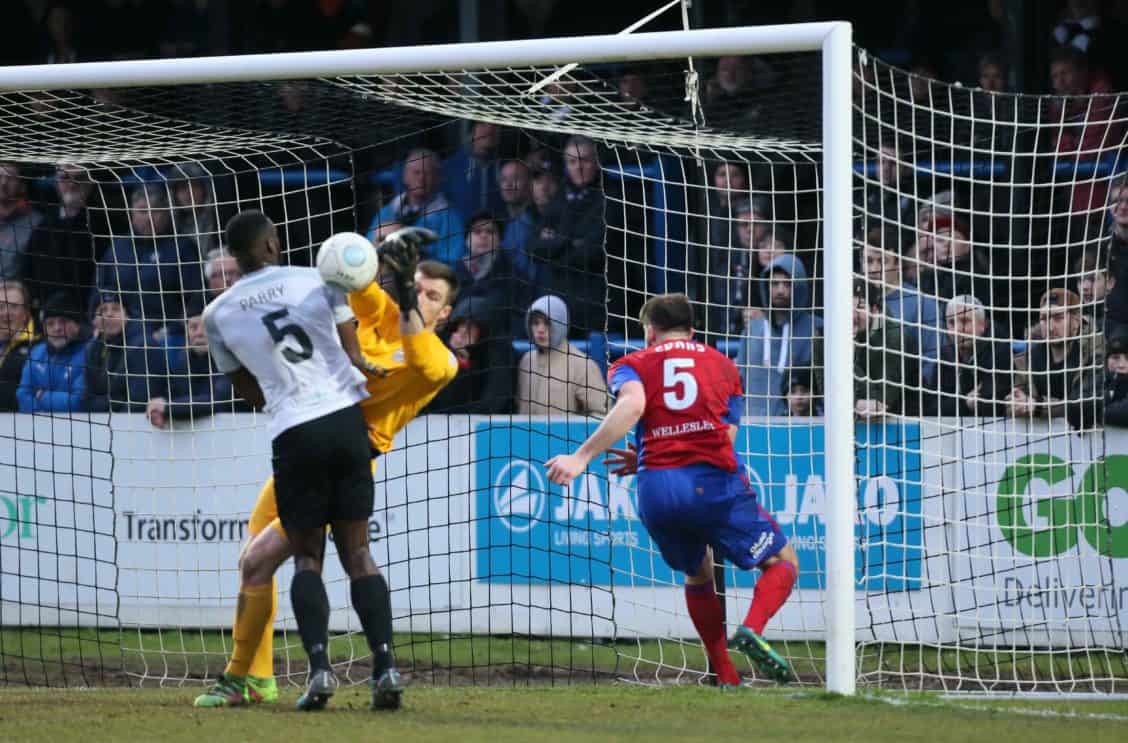 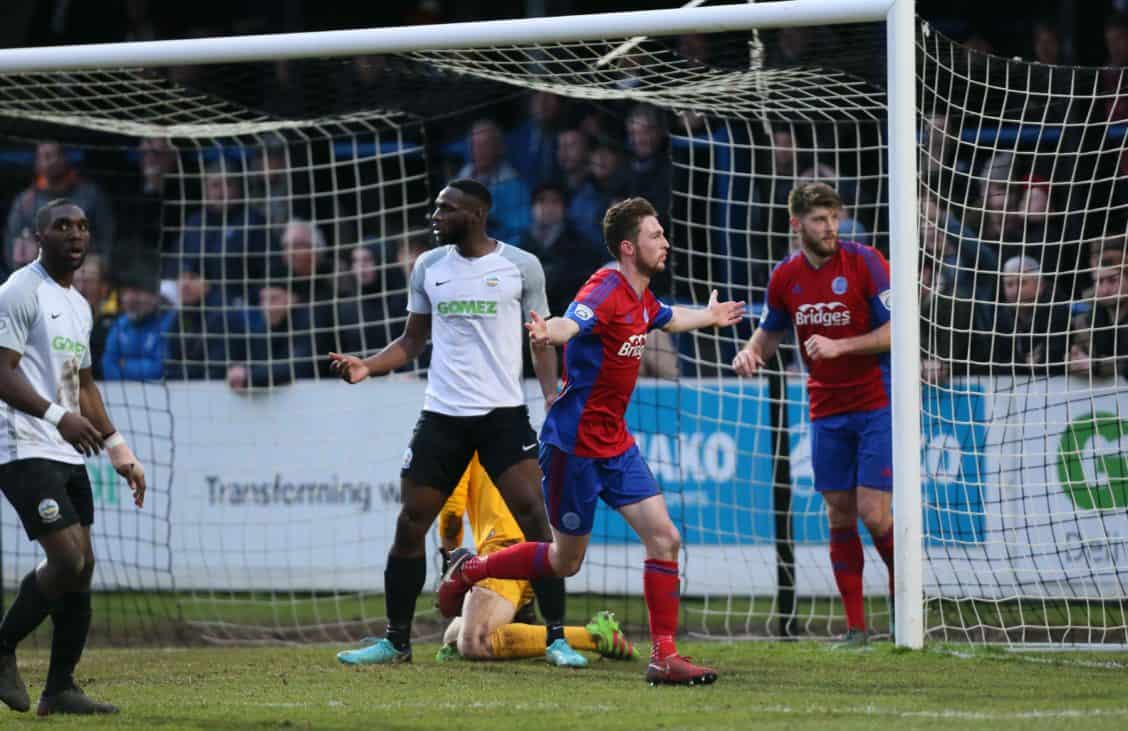 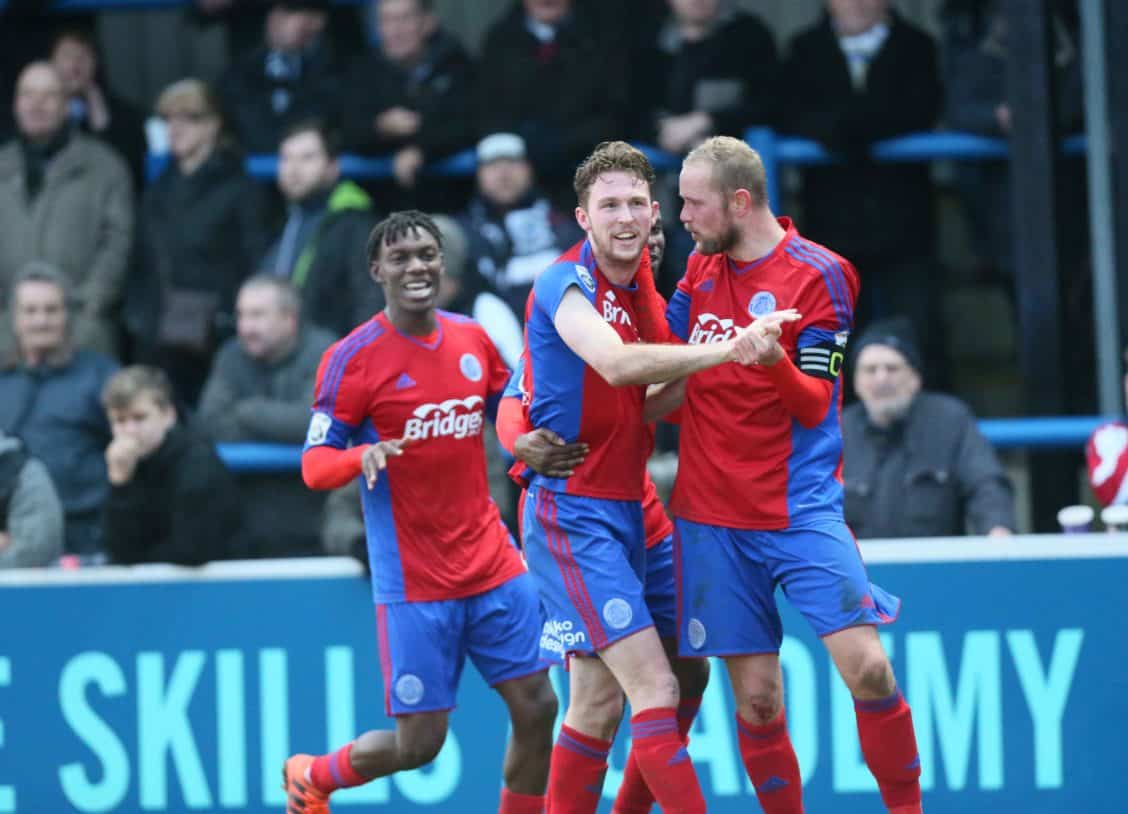 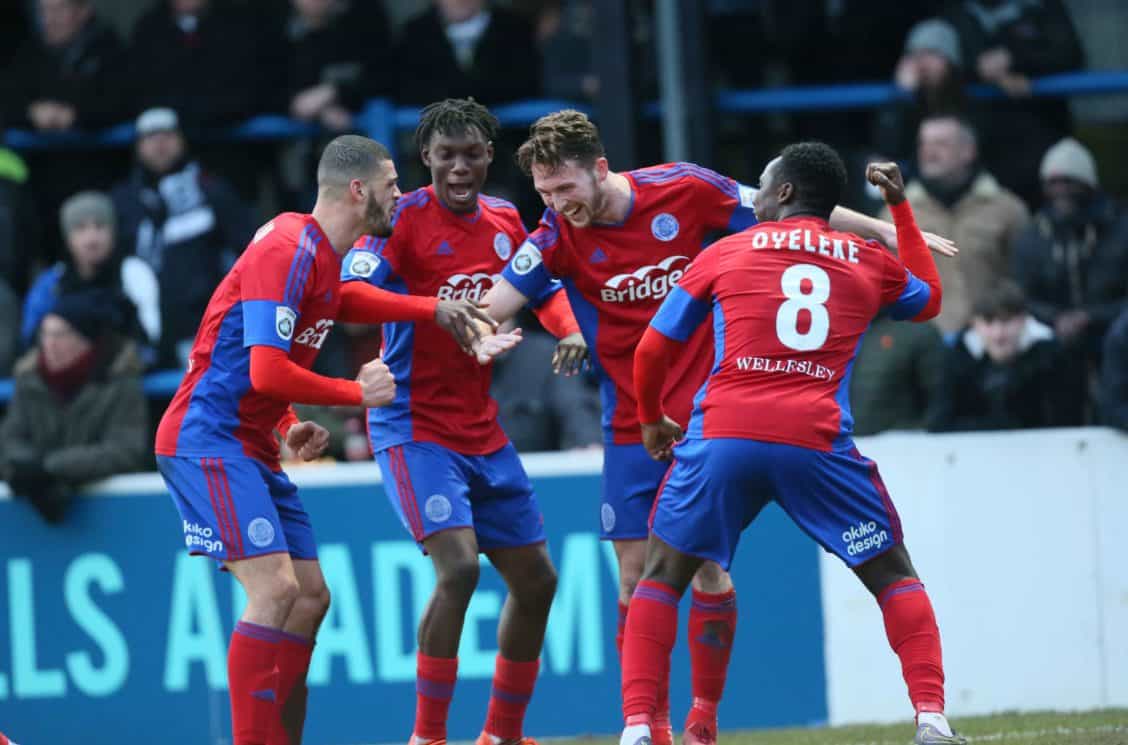 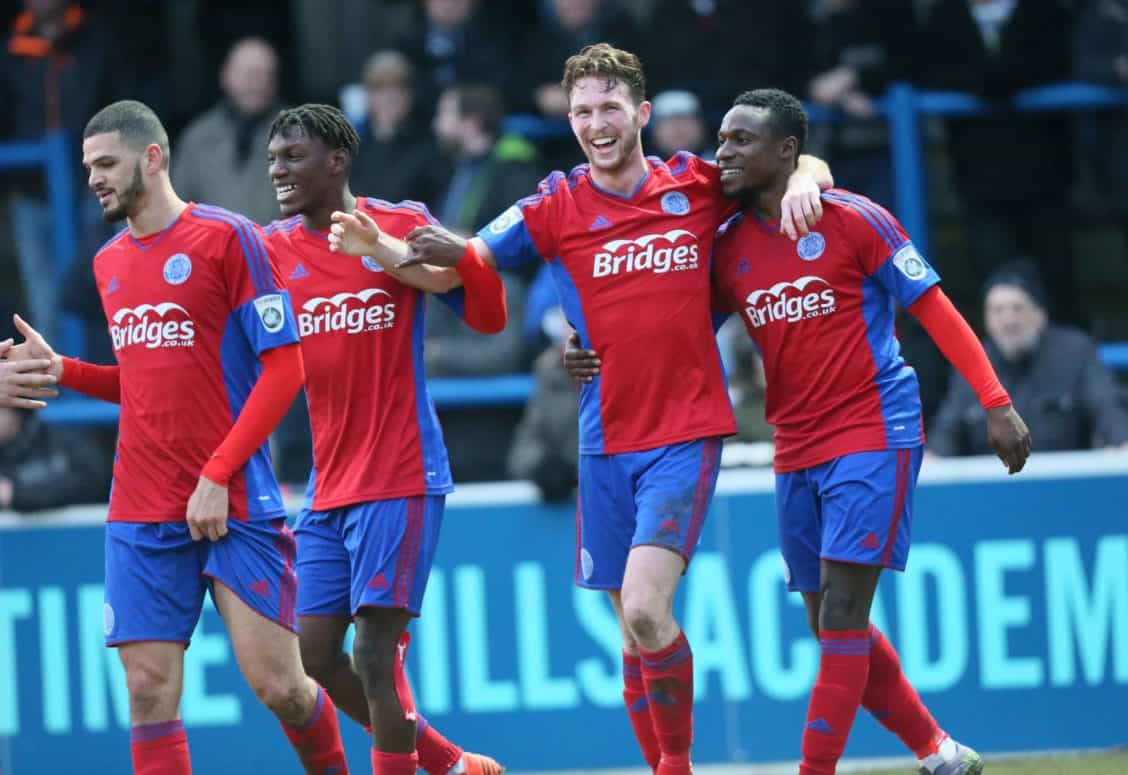