An injury-ridden Aldershot Town fell to a 2-0 defeat against Dover Athletic – yet The Shots still remain just three points behind the table-topping Whites.

Dover’s victory came through goals in the 35th and 65th minutes: their first occurred when a short corner routine saw Nortei Nortey’s cross find the head of Giancarlo Gallifuoco eight yards out; their second from a pass intercepted by substitute Kadell Daniel which allowed him to break down the left wing and fire a low, angled shot across Jake Cole into the bottom right corner.

The Shots, who seemingly had most of their first-team sat in the Directors Box, were unable to get that crucial early goal which their approach play deserved. Matt McClure came close when a deep corner from James Rowe fell within the six-yard box; however, when both McClure and Ryan Bird attempted to gain possession, Bird was first and cleared it quickly.

Dover had hit the woodwork within the first ten minutes, as a long cross from the right saw Bird’s angled shot deflected off the crossbar, but the offside flag had already been raised. The Shots counter-attacked three minutes later, when George Fowler’s cross to Jake Gallagher led to his attempted back heel yet, with no-one in the box, it rolled towards Mitch Walker for an easy save.

The Shots pushed further forward in the second-half, with more opportunities on goal. A brief exchange of passes between Jim Kellermann and James Rowe gave Rowe the chance to shoot; his curled shot flew towards to the top right corner but was parried away by Walker.

The Shots responded well to falling further behind in the second-half; a corner in the 76th minute saw McClure’s attempted turn blocked off, followed, three minutes later, by Kellermann’s 35-yard drive, which skidded just wide of the post. Kellermann then faked another shot, on 80 minutes, and instead played in debutant Fabien Robert, whose close-range effort was smothered by Walker.

Unfortunately, the weather reflected the action on the pitch: occasionally promising, and bright at times, but also difficult to withstand for too long. However, The Shots continue to put in their best efforts whilst seemingly having to constantly re-adjust to weekly setbacks. 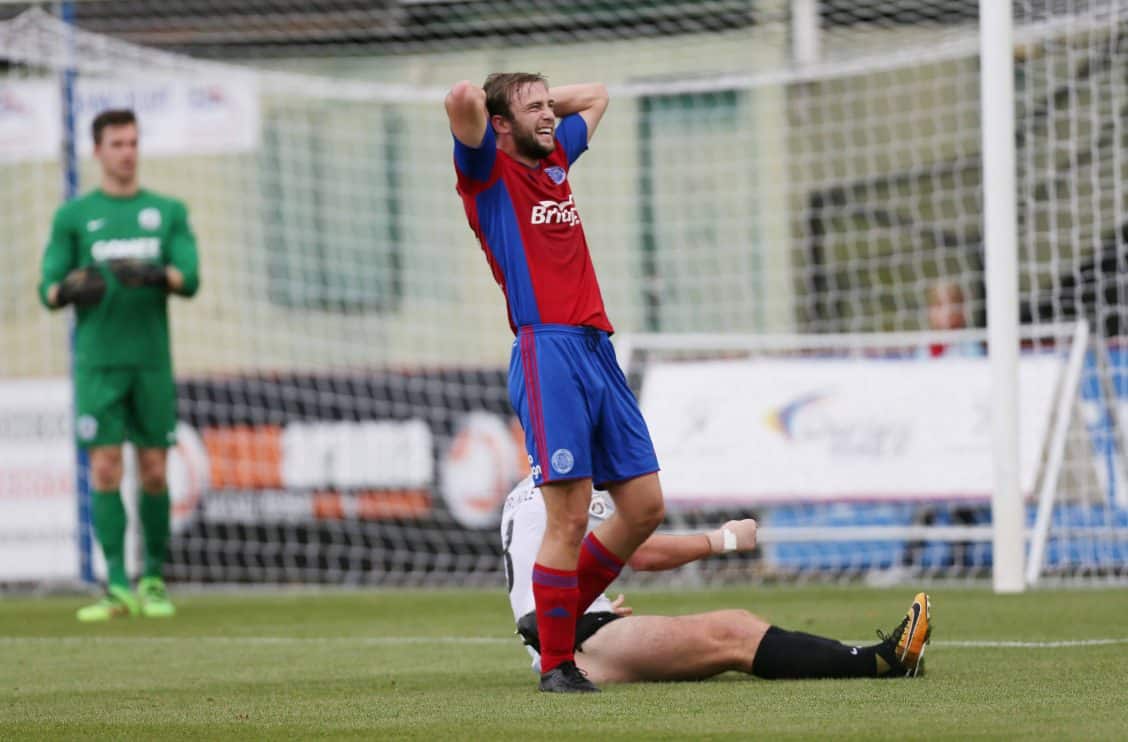 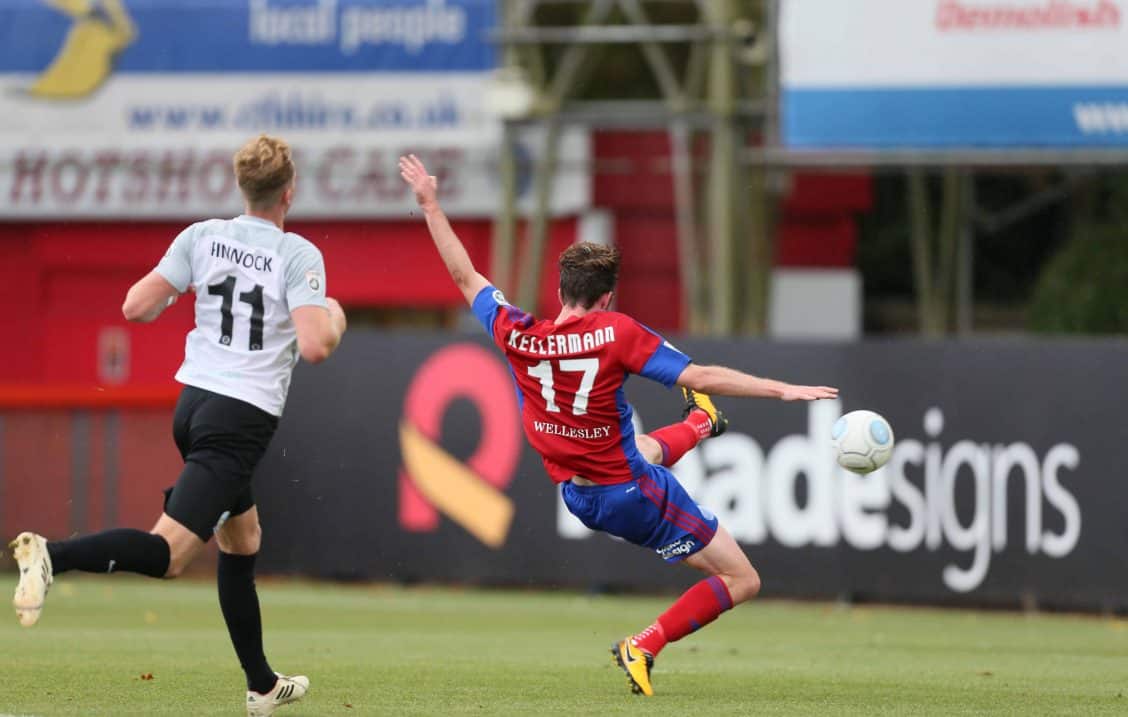 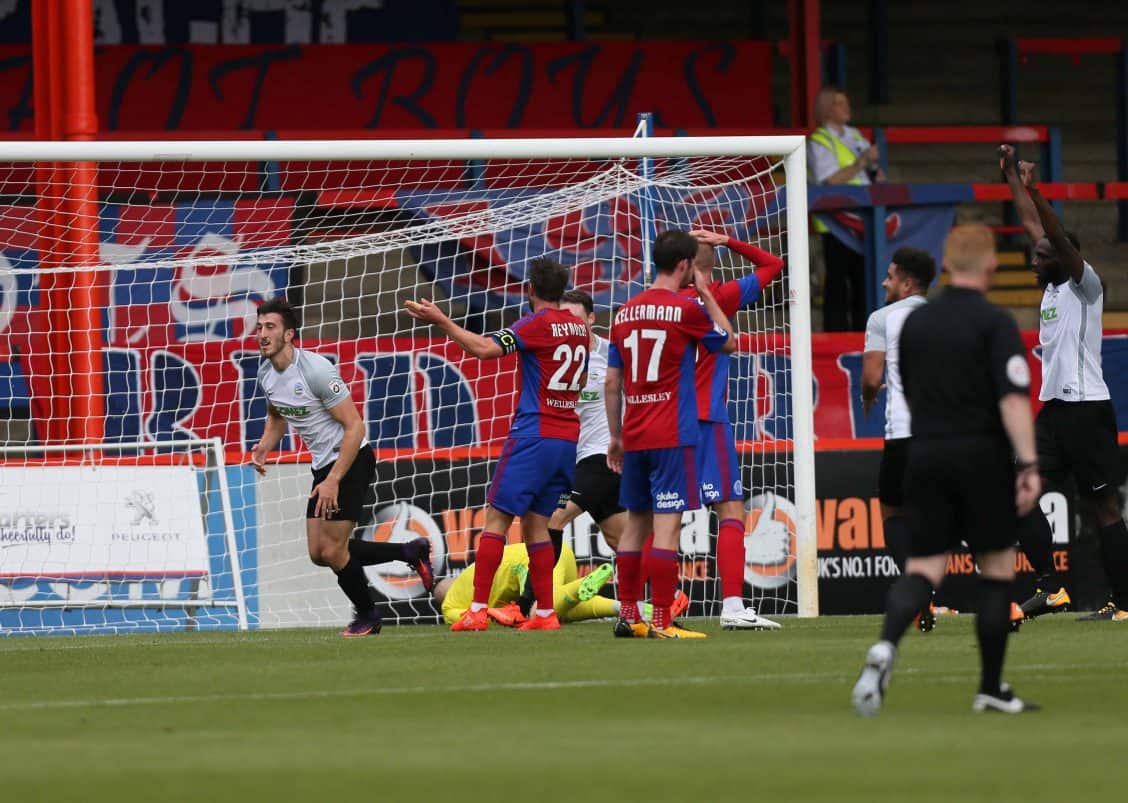 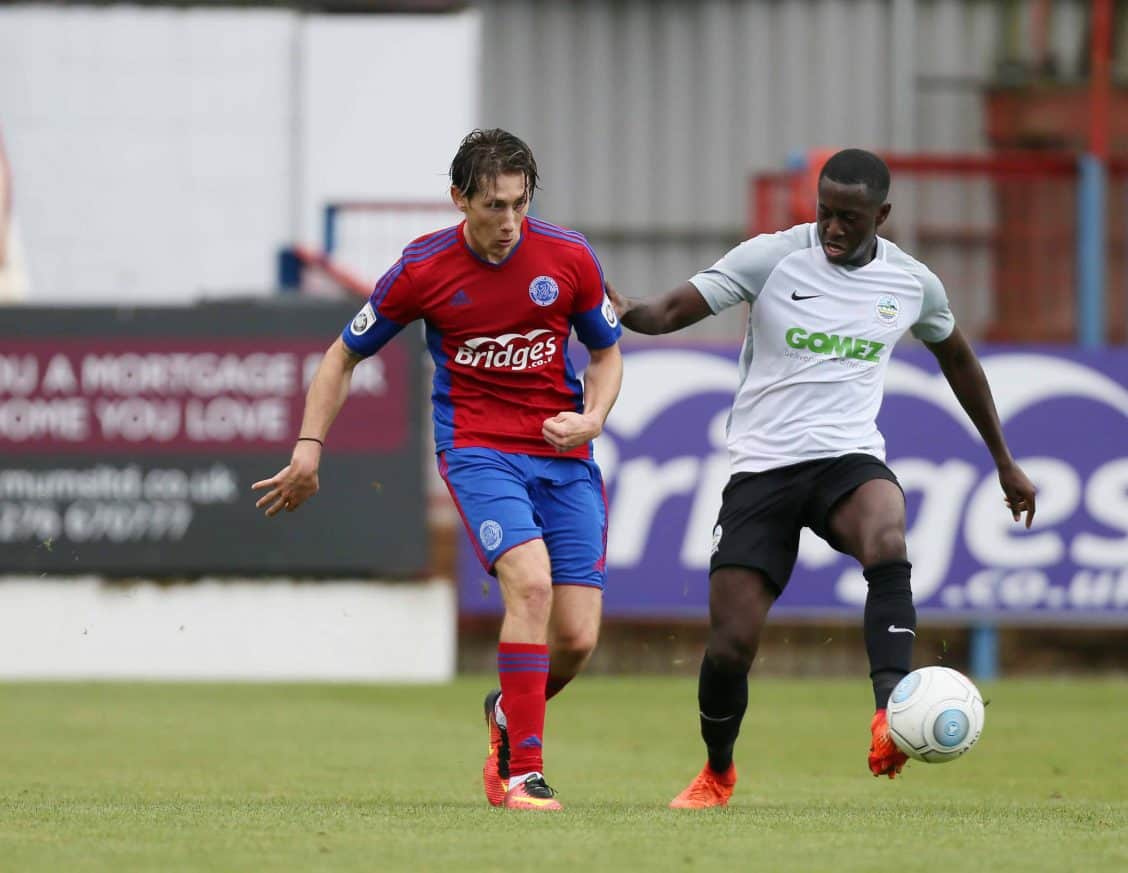 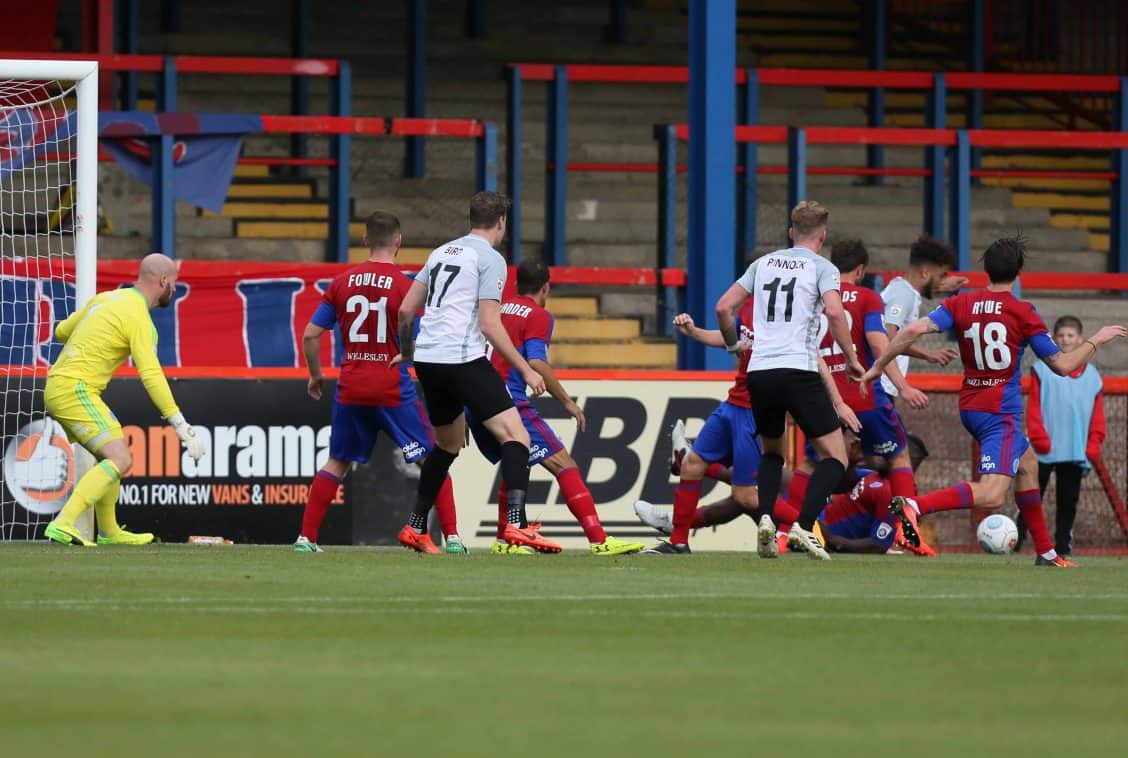 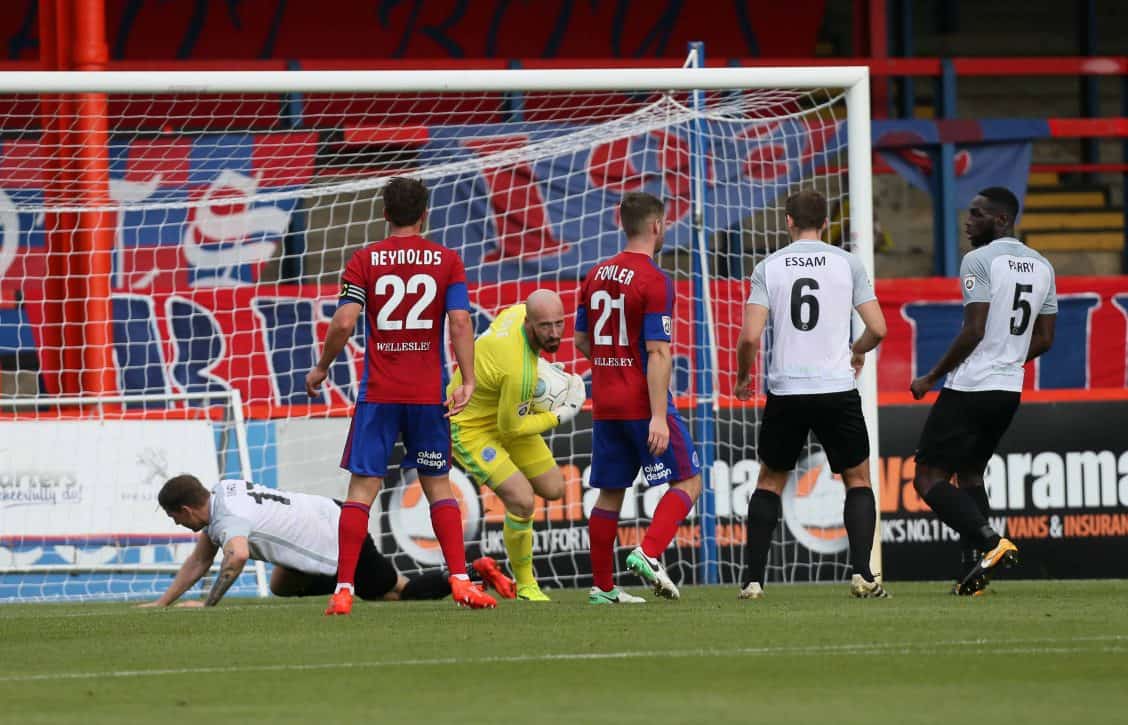 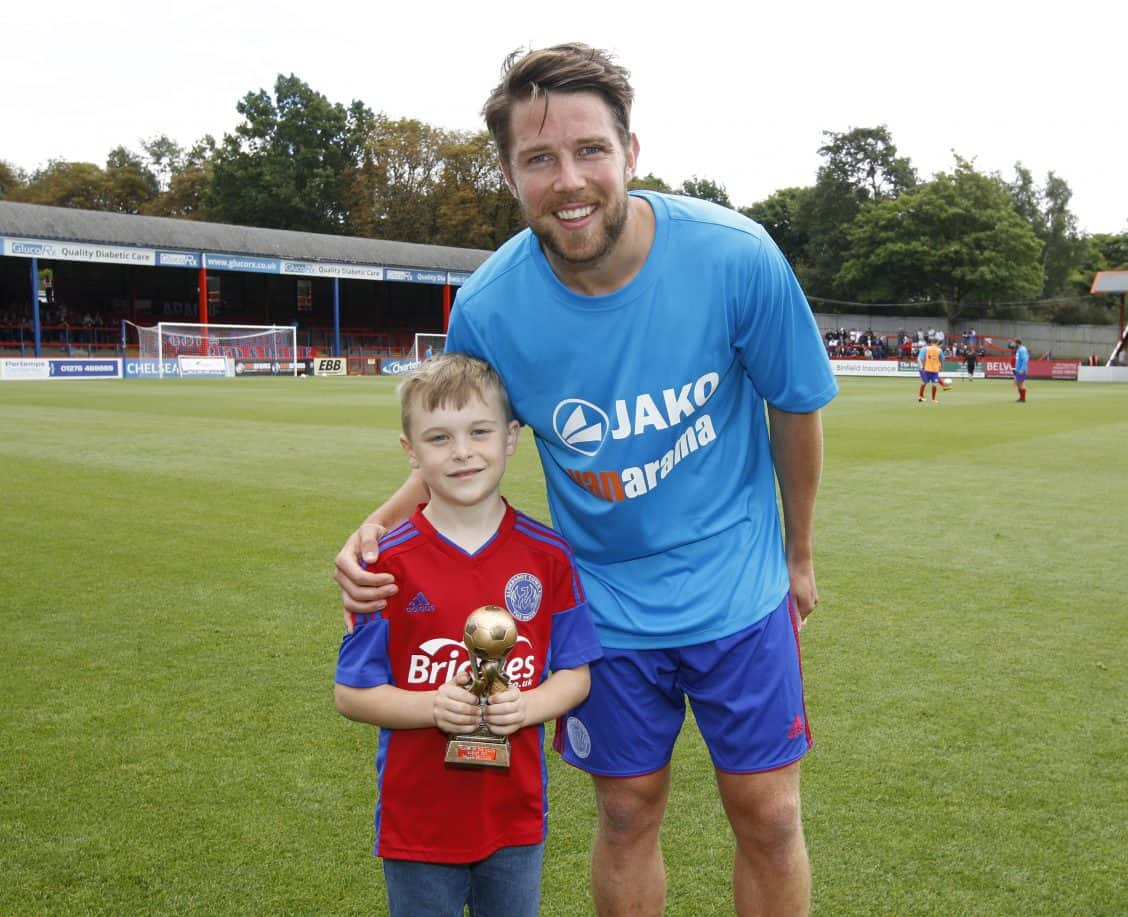 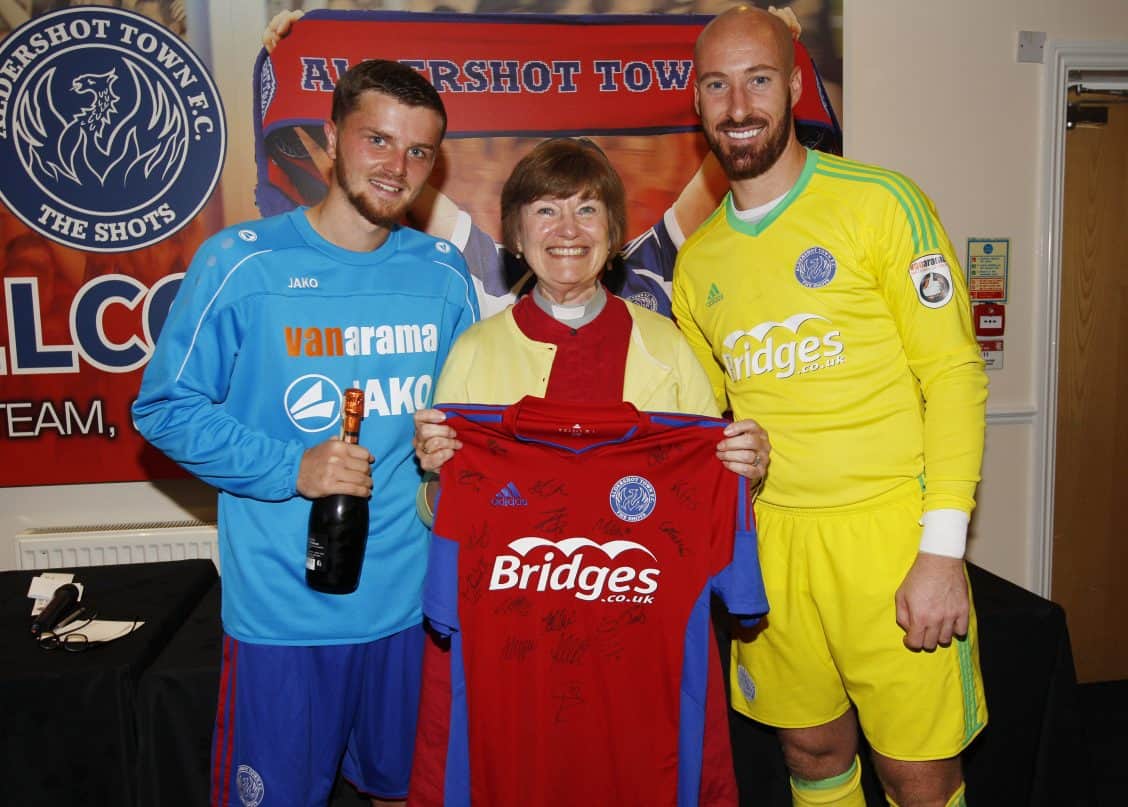