The Football Association are holding trials for the Deaf England Futsal Squad at Lilleshall National Sports Centre on Sunday 25 June.

In preparation for the team’s European Championship campaign, applications are invited via email to team manager Mike Nolan, via Mike.Nolan@thefa.com, by 5pm on Monday 12 June.

The FA are targeting players competing at a good level of football or futsal. Applicants, who must be aged 16 or above, should choose one of two two-hour sessions held on 25 June, at 10.30am and 3pm. Arrival is required 30 minutes before the start of the session, with trialists asked to bring appropriate indoor footwear, playing kit, towel and fluids.

The preliminary qualifying event for the European Championships will be held between November 2017 and February 2018. The squad train at St George’s Park and are afforded the same medical, psychology, technical and tactical support as all England Teams. 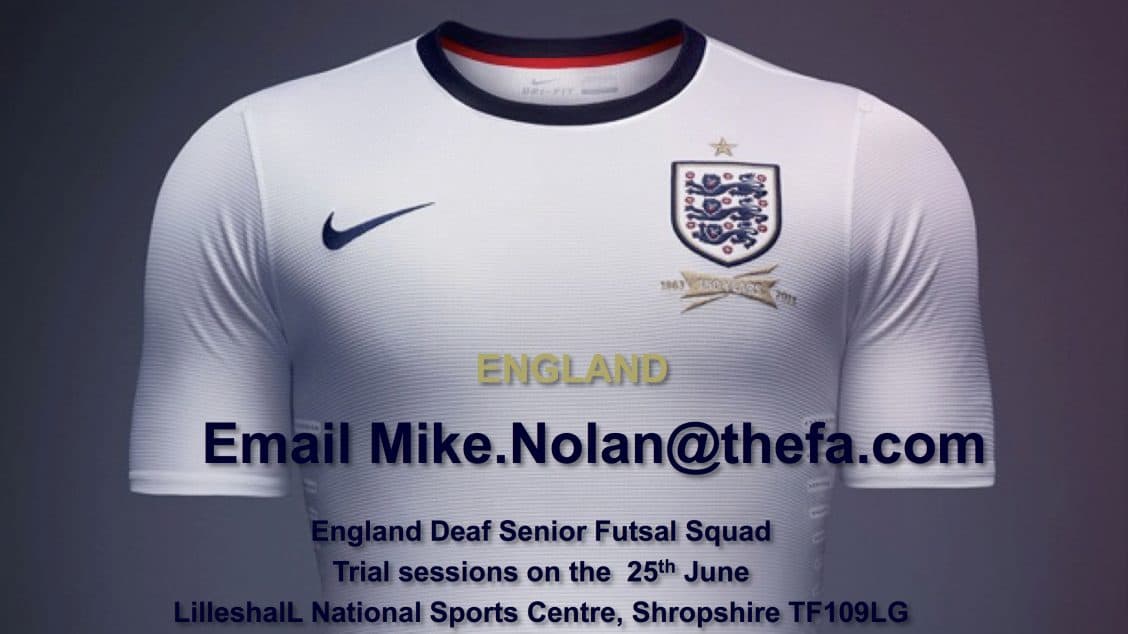 The Shots are back in action tonight, this time wi...

After picking up their fifth win in six (in all co...