The Shots rose back up to second place in the National League table thanks to goals at the start of each half from Jim Kellermann and Scott Rendell.

After returning from injury to replace Shamir Fenelon in Gary Waddock’s only change to his starting XI, Kellermann’s fine strike in just the fourth minute put The Shots ahead. Rendell won a free-kick on the halfway line, allowing Evans to play a diagonal pass towards the penalty area. The striker won a powerful downward header and, with Josh McQuoid letting the ball run, Kellermann lashed a shot into the bottom corner from 18 yards.

Daggers, though, responded in impressive fashion, and Michael Cheek’s header – guiding the ball deftly into the net from a teasing cross by the dangerous Dan Sparkes – was ruled out for offside.

Luke Howell sliced a shot wastefully wide, and Okenabirhie, running at pace into the box, unleashed a flashing drive from 20 yards which flew just over the crossbar.

Kellermann tried to lob Cousins from inside the centre circle with the last kick of the first-half but they again started the second period in clinical fashion to dent Daggers’ hopes of a comeback. McDonnell was released down the left and his low driven cross skidded through the six-yard-box towards the far-post, where Rendell stabbed the ball in from virtually on the line.

Kinsella’s first-time volleyed cross, on 62 minutes, invited Rendell to guide a looping header back across goal, only for the ball to be cleared off the line in acrobatic style by Robson, and soon McDonnell and Oyeleke both had half-chances within seconds of each other.

Still Dagenham came again, and Fowler was forced to clear Okenabirhie’s touch over Lewis Ward off the line, before Okenabirhie fired a shot wide with seven minutes remaining.

Substitute Corey Whitely sliced a shot wide, and Okenabirhie again missed the target from distance, whilst Robson’s angled header beat Ward only for Fowler to again make a vital clearance.

In taking their chances at two crucial points in the game, Aldershot Town gave a clinical away performance which earned a fourth away victory in a row for the first time in ten years. 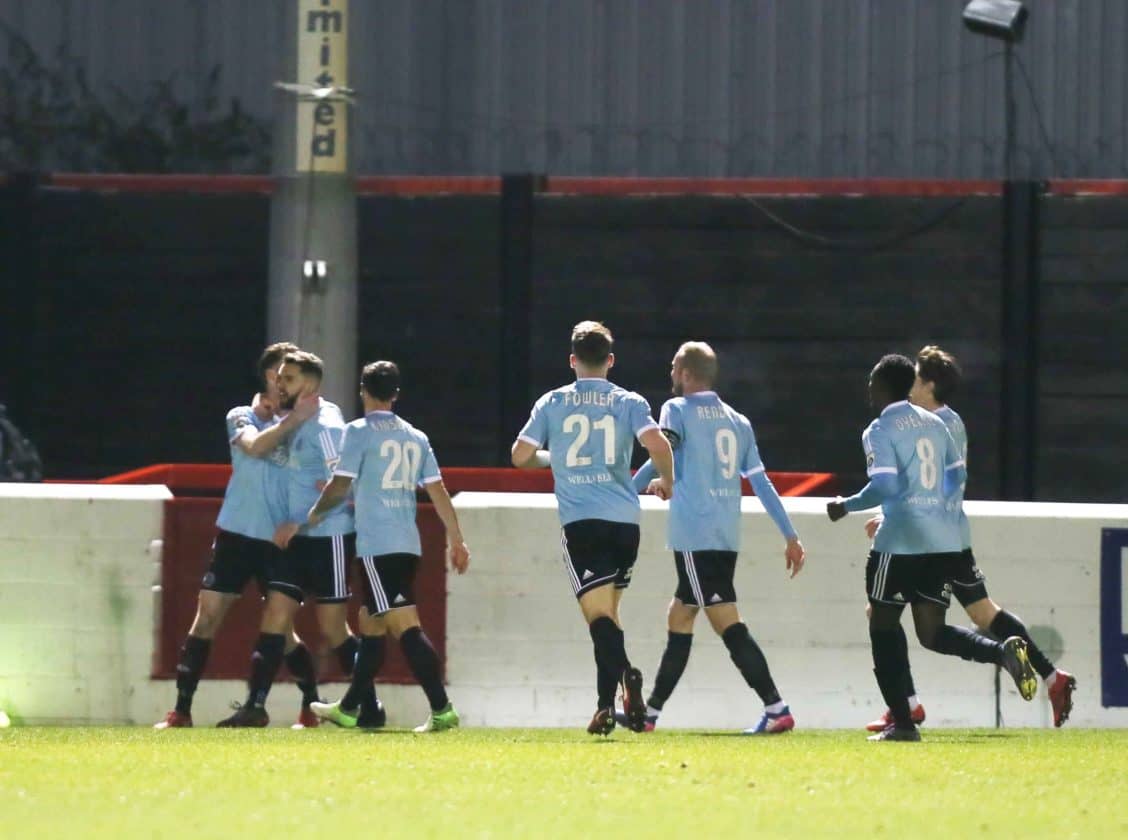 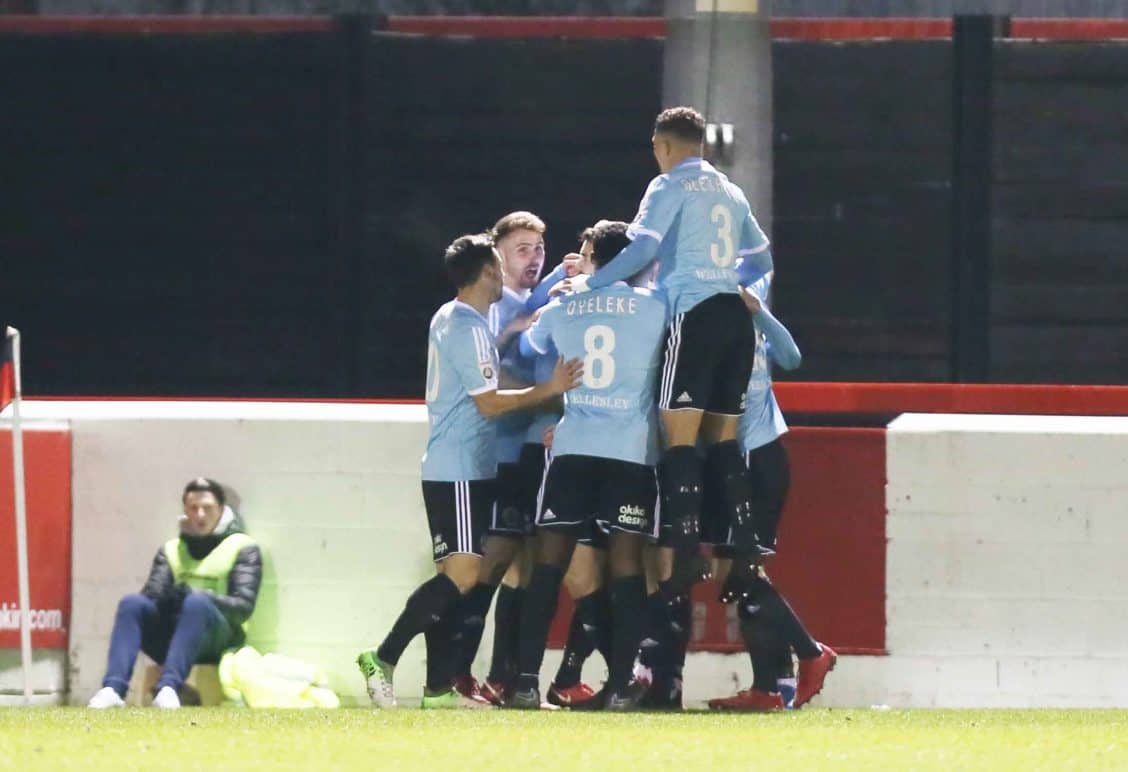 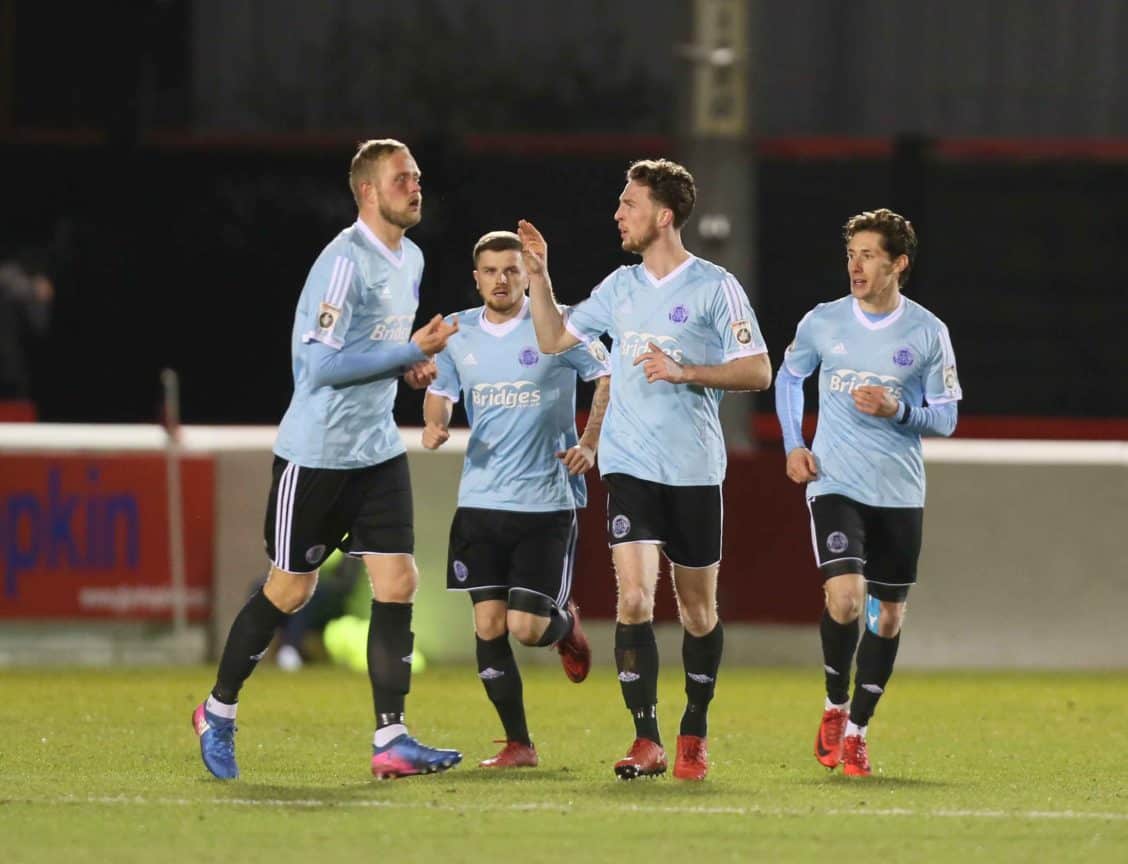 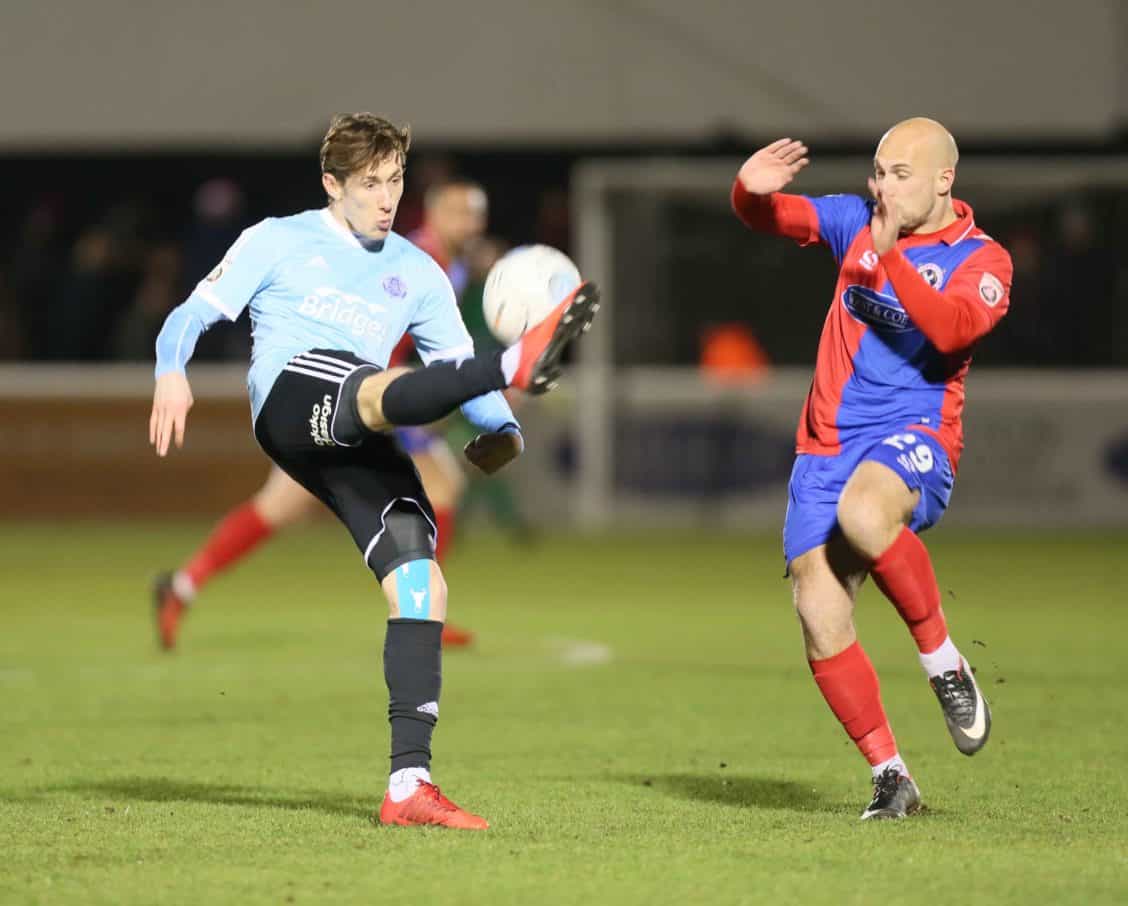 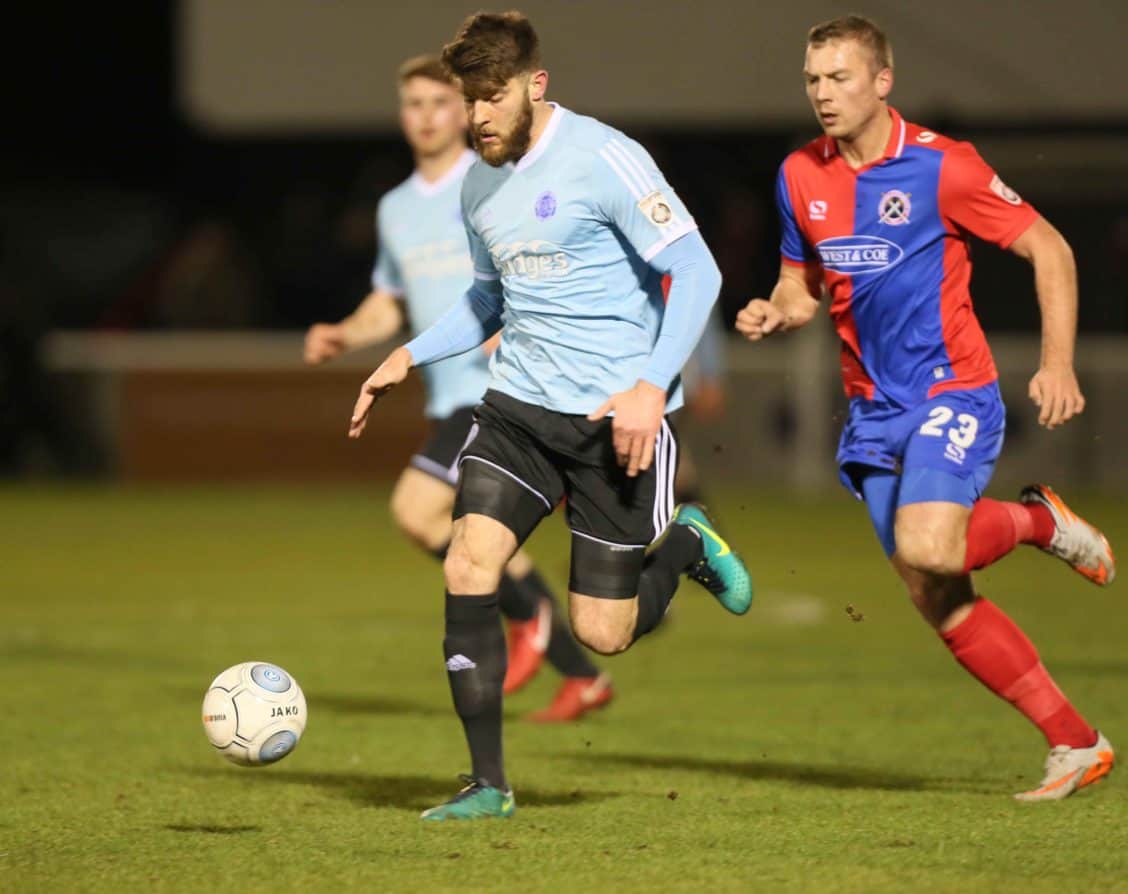 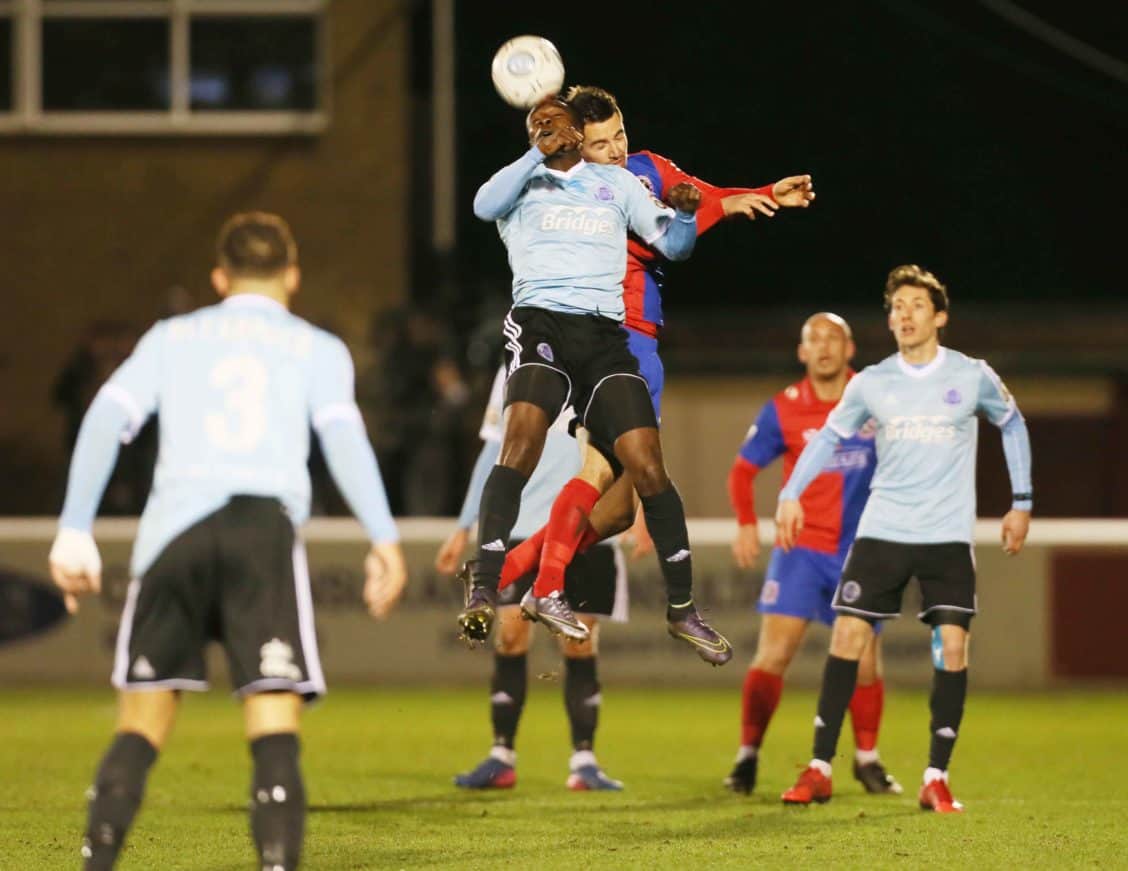 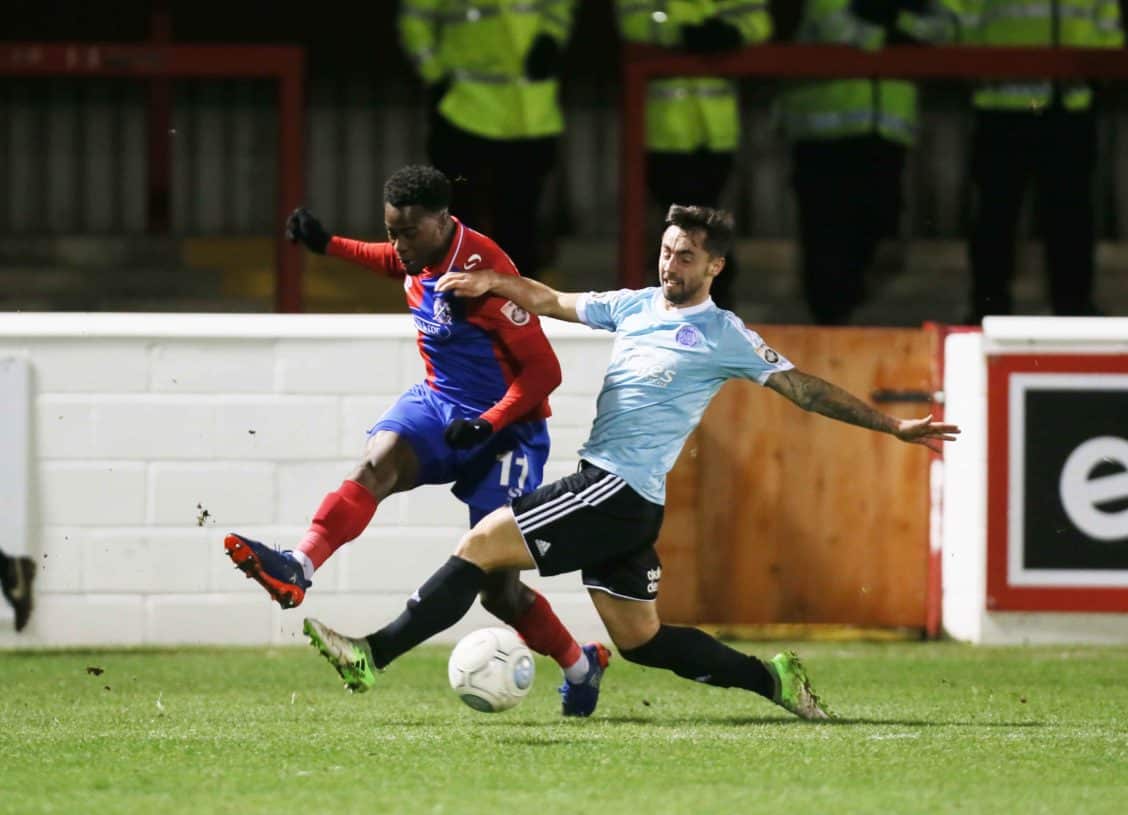 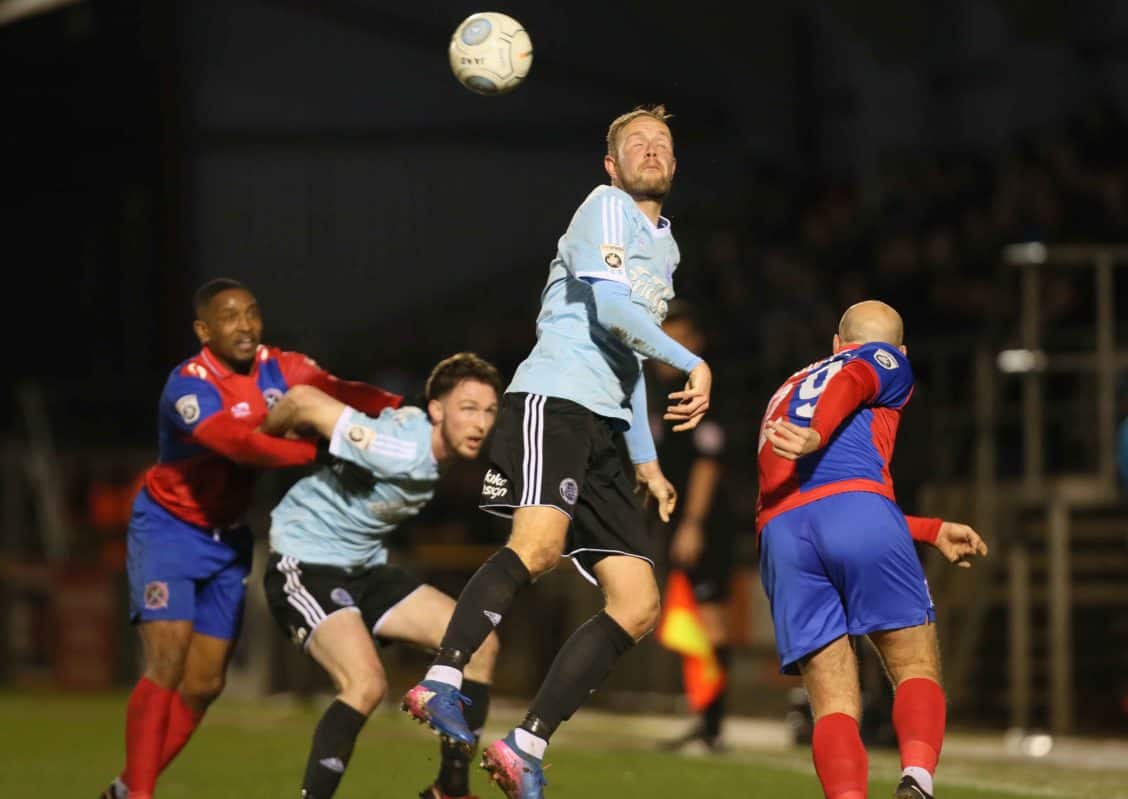 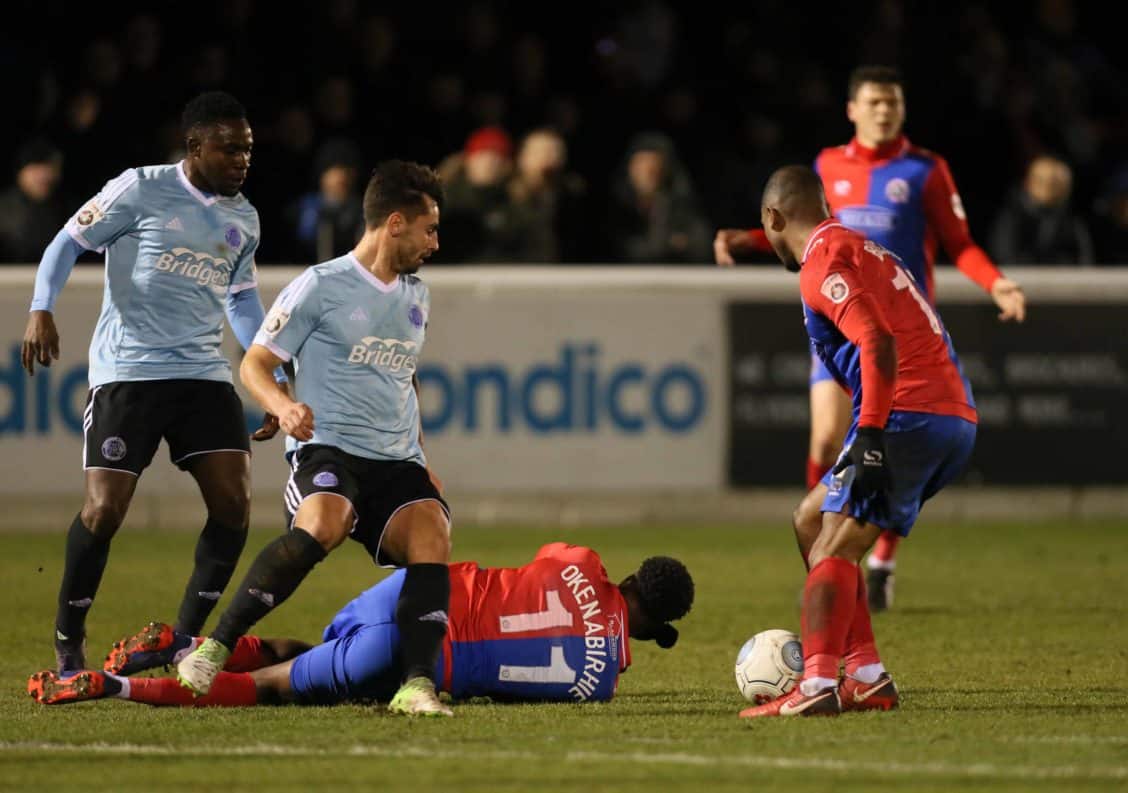 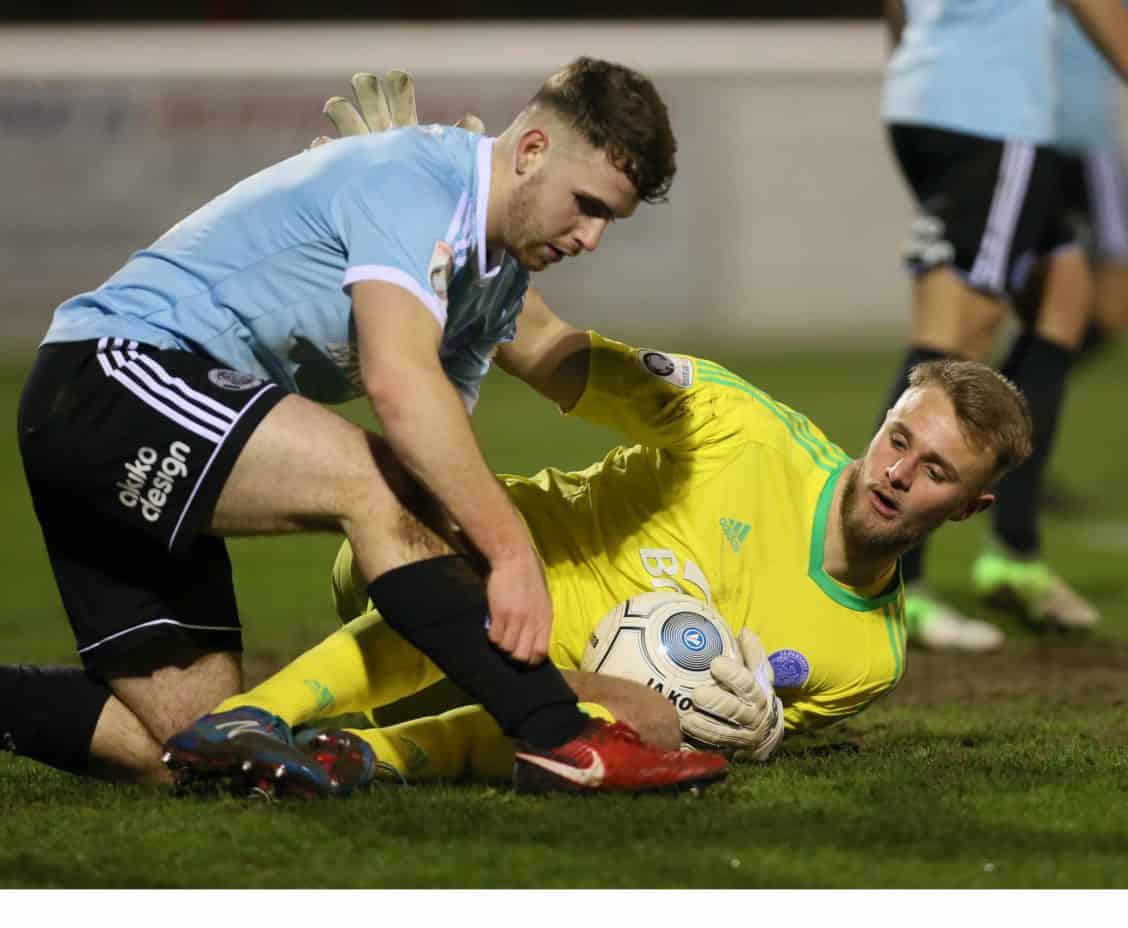 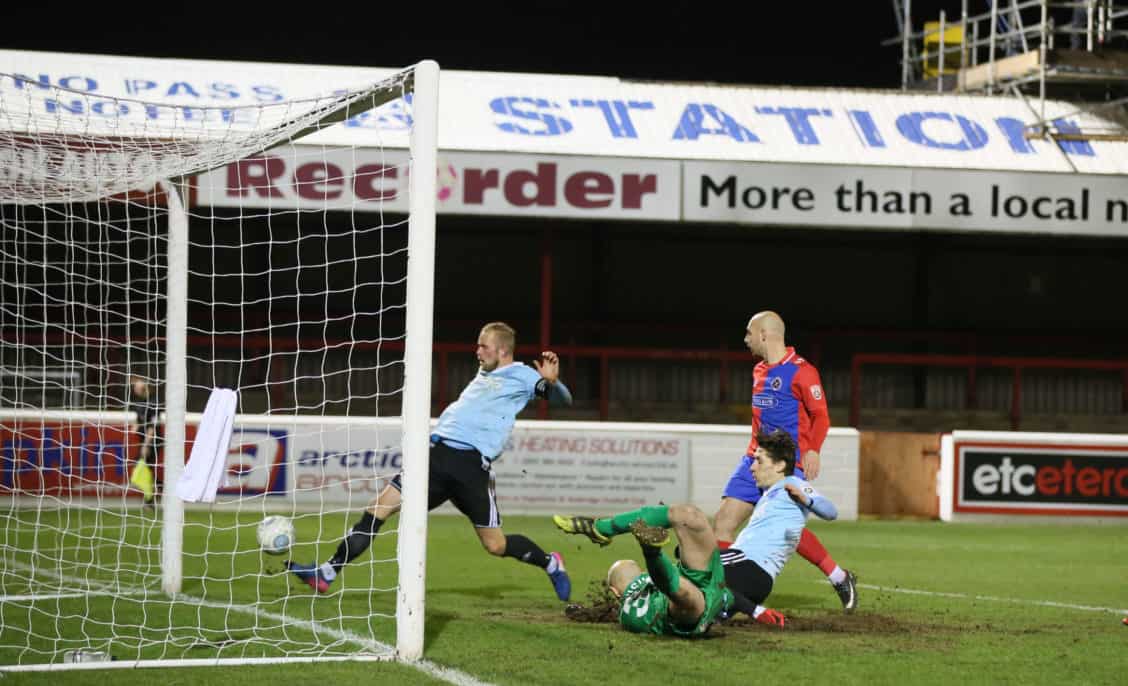 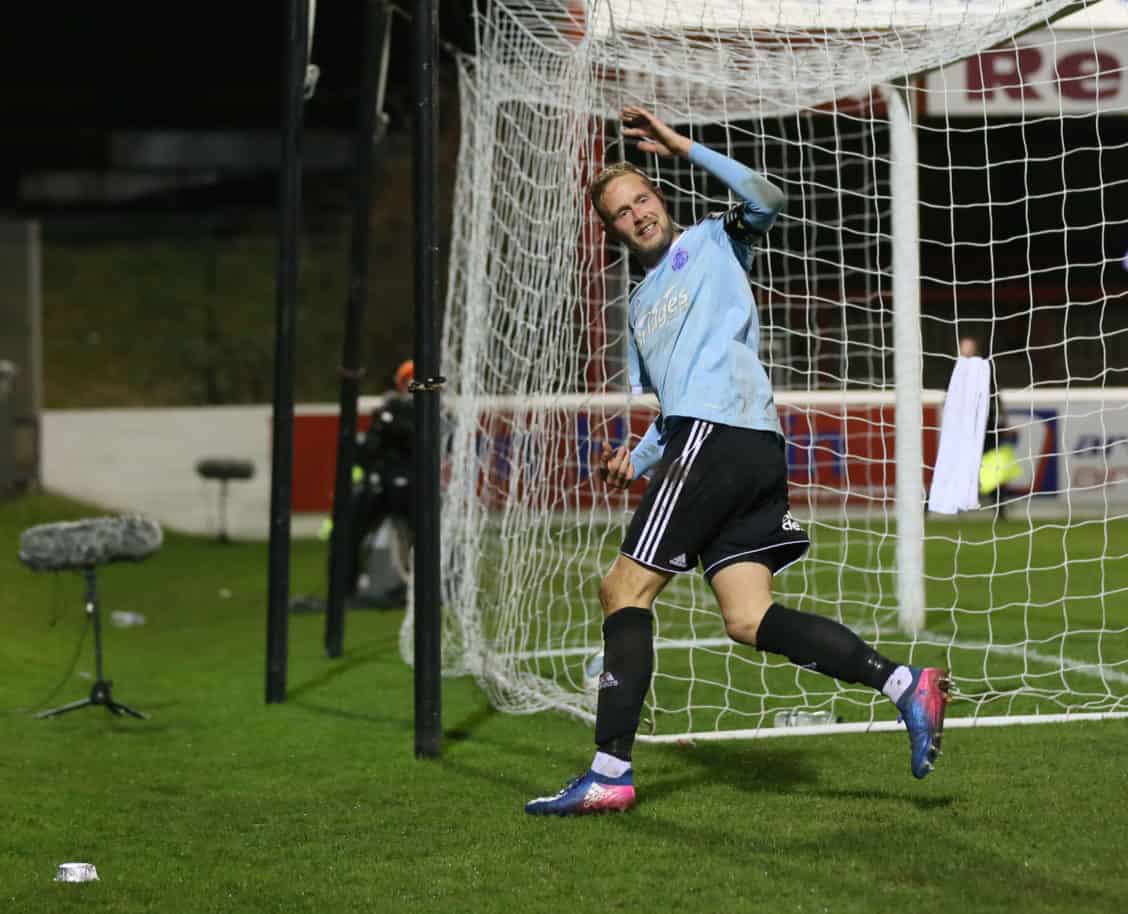 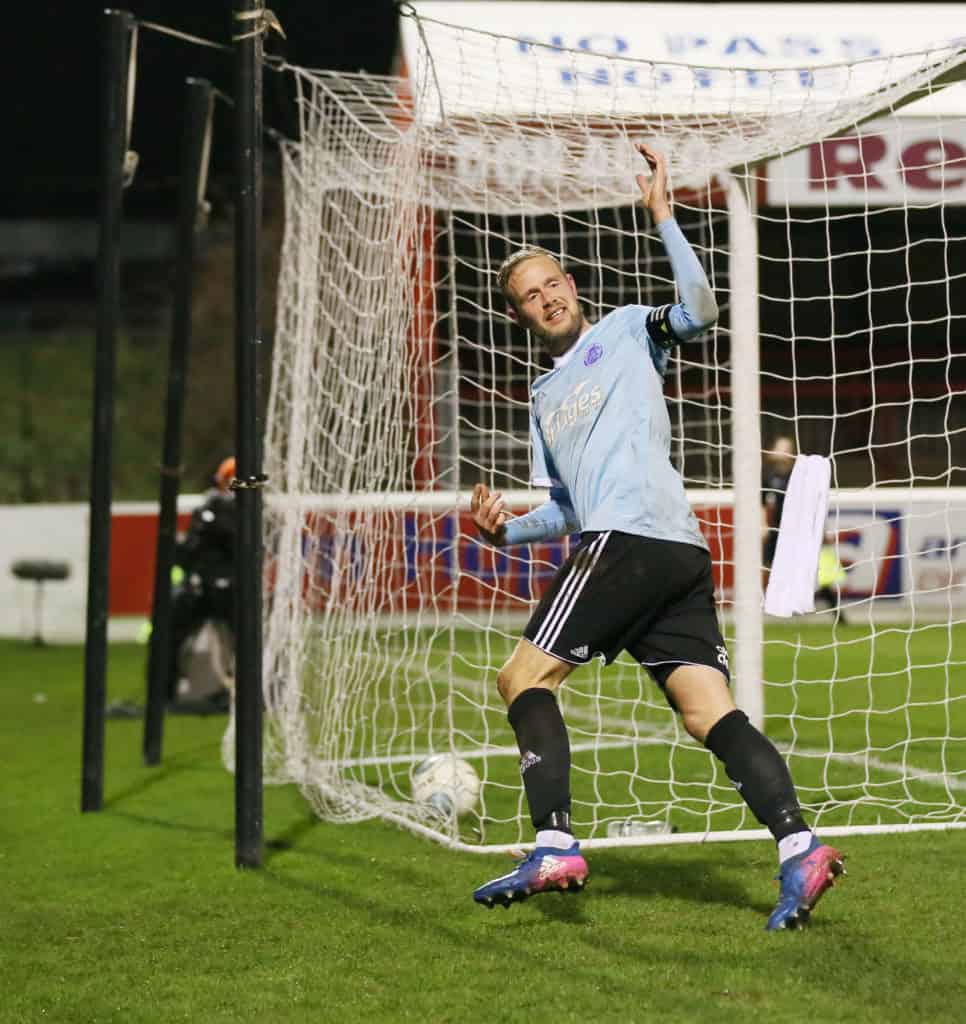